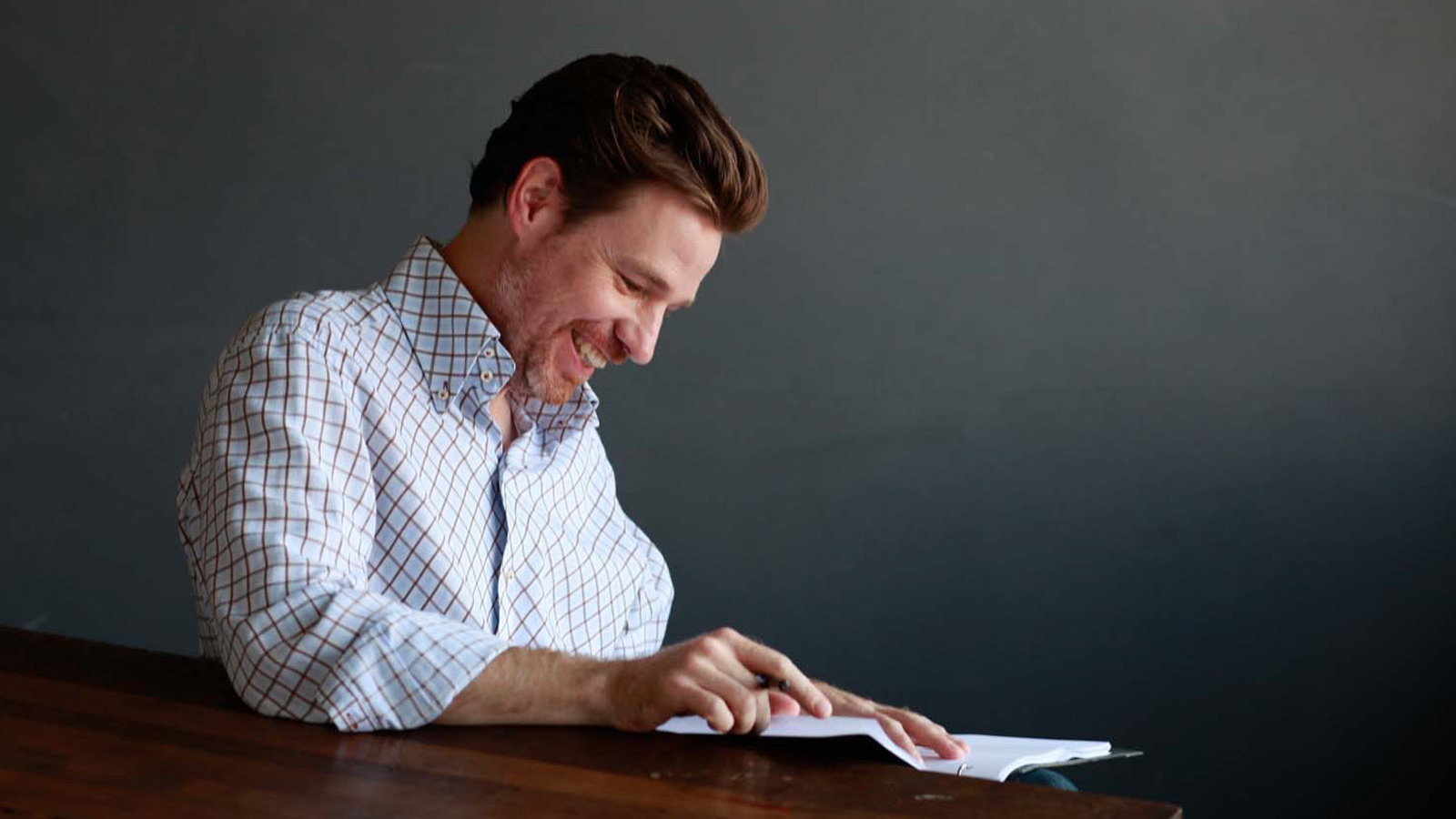 STAUNTON, VA. – The American Shakespeare Center (ASC) today announced that the company has chosen Ethan McSweeny, an internationally acclaimed theatre artist with more than 80 productions to his credit, as its new Artistic Director.

McSweeny, a freelance director who has helmed productions on many of the preeminent stages across North America, on Broadway, off-Broadway, and abroad, succeeds Jim Warren, who co-founded the organization almost 30 years ago and stepped down at the end of 2017.

Co-founder Ralph Alan Cohen, the ASC’s director of mission, commented, “To have someone as accomplished and insightful as Ethan join us as our Artistic Director feels both gratifying and sustaining: It speaks to our success in the past three decades and assures that the future of the ASC will be brilliant.”

“I’ve appreciated the ASC from afar for some time,” McSweeny stated. “As I began to learn more about the organization, I was struck by the quality of what has been achieved and the potential the company has to grow its mission locally, regionally, nationally, and even internationally. The ASC’s celebration of the human spirit through Shakespeare is an inspiring goal that transcends merely the making of plays and engages with something larger, something that I am humbled and excited to become a part of nurturing and building.”

“To say that we’re thrilled to introduce Ethan as our new Artistic Director would be an understatement,” said Christopher Little, chair of the ASC’s Board of Trustees. “We’re ecstatic that Ethan shares our vision that Shakespeare’s American Home can showcase Shakespeare and change lives one encounter at a time and know that he will bring new ideas, new creativity and new life to the ASC.”

McSweeny, upon earning the first bachelor in Theatre and Dramatic Arts conferred by Columbia University, spent four formative years as the Associate Director of the Shakespeare Theatre Company in Washington, D.C. For eight years, he lead the Chautauqua Theater Company in New York as co-Artistic Director, guiding the theatre to national prominence as a vital center for the cultivation of emerging artists and the incubation of exciting and relevant new work for the stage. Contributing to the national field, McSweeny served twelve years on Executive Board of SDC, the labor union representing Stage Directors and Choreographers, and remains deeply involved as a trustee of the SDC Foundation.

His productions have garnered more than 75 theatre award nominations and claimed 30 wins, including four for Best Director: Twelfth Night (Shakespeare Theatre Company, 2017); A Streetcar Named Desire (Gate Dublin, 2013); A Body of Water (The Old Globe, 2006); and Six Degrees of Separation (Guthrie, 2003). Among his New York City credits are Broadway productions of The Best Man in 2000 (Tony Award nomination, Drama Desk and Outer Critics Circle awards) and A Time To Kill in 2013, as well as the off-Broadway premieres of Ellen McLaughlin’s adaptation of Aeschylus’s The Persians, Kate Fodor’s Rx and 100 Saints, Jason Grote’s 1001, and John Logan’s Never the Sinner (Outer Critics Circle and Drama Desk Awards).

Recent classical highlights include revivals of The Tempest, Much Ado About Nothing, and Merchant of Venice in Washington, DC as well as the tour of his A Midsummer Night’s Dream to China where it opened the 27th Macao Arts Festival. McSweeny’s recent new work includes premieres of Deidre Kinahan’s Moment (Studio Theatre), Florian Zeller’s The Father (Gate, Dublin), Thomas Bradshaw’s Fulfillment (The Flea), Regina Taylor’s Trinity River Plays (Goodman, Dallas Theatre Center), and the operas Better Gods composed by Luna Pearl Wolf and Mohammed Fairouz’ The Dictator’s Wife (Kennedy Center).

In anticipation of working in ASC’s Blackfriars Playhouse, the world’s only re-creation of Shakespeare’s indoor stage, McSweeny said, “Despite the variety of productions I’ve been involved with, I am a classicist at heart; measuring up to the extraordinary demands Shakespeare places on every skill that an actor and director possess has been the backbone of my work and training. I want to position the ASC not so much as a place for ‘original practices’ but as a laboratory for a cutting-edge, innovative company that dares to put the focus of theatre where it should be: on the handmade, on the performer, and on the words.”

Among McSweeny’s first orders of business will be to plan the ASC’s 2019/20 artistic year and to play an important role in selecting the next winners in the ASC’s “Shakespeare’s New Contemporaries” project, an international playwriting competition that seeks to inspire playwrights from around the world to compose original works in conversation with Shakespeare’s classics, creating a modern canon of 38 plays.

“Ethan is known throughout the industry for his innovative and collaborative approach to new work and the classics,” said Amy Wratchford, managing director of the American Shakespeare Center. “He is perfectly suited to help lead our ‘Shakespeare’s New Contemporaries’ project while exploring the many possibilities presented by Shakespeare’s staging conditions.”

“I love that the foundation of this company has always been part research and part performance facility, straddling the worlds of the academy and the craft,” McSweeny said. “I want to continue to knit together scholarship and practice.”

Veteran ASC actor John Harrell said of McSweeny: “He recognizes the ASC for the rare thing it is. He wants to reinforce the company’s unique strengths and to help it grow in dimensions that few of us long-timers have ever considered. Ethan has the vision and the chops to lead us into a spectacular future and a world-class reputation in theatre.”

“I believe the ASC can be the most versatile, facile, and adept company of Shakespeareans the world has seen since the King’s Men,” McSweeny said. “Classically trained American actors should not feel their careers complete unless they have at some point performed on the Blackfriars stage. I’ve enjoyed two remarkable decades of a freelance career that has taken me on creative adventures the world over – working with and meeting talented collaborators, incredible companies, and diverse audiences.” McSweeny added, “I’m looking forward to bringing all that experience home to Staunton, and inviting audiences from the first twenty years of my creative work to come pay us a visit.”