I think most of you know that we cycle through the canon on a pretty regular basis. Nonetheless, we don’t often touch on the histories (or not as often as other titles). I don’t know if it is the chicken or the egg in this case, but it is true, too, that not many instructors–at the middle school, high school, or college level–teach those plays.

Ask Lia Wallace, College Prep Programs, and many of our campers from our Summer Theatre Camp about the Henry VI trilogy which culminates in Richard III and they WILL NOT STOP TALKING about how great they are to study and perform. Likewise, check out Ralph Alan Cohen’s chapters in ShakesFear and How to Cure It on the Henry IV trilogy and you see an experienced professor touting the value of these plays for students–the study between parents and children, friends and foes are things our young audiences can and do relate to. But we persist in not teaching them.

I say: The time has come. You can do this. You can introduce your students to these plays (starting with Henry IV, Part 1) with confidence and, even, joy in the opportunity to dig into one of the most remarkable characters in the canon–Falstaff, whom Harold Bloom credits with Shakespeare’s “Invention of the Human”. But more than that, you will see the struggle of two too-close-for-comfort peoples dealing with bias in neighboring lands. You will see the prequels to the triumph of celebrated English King, Henry V, and your students will have the chance to see how a young man prone to trouble can overcome his youthful indiscretions to rise to become a true leader–while relishing in those indiscretions–complete with disguise, tall tales, and play-acting.

As for its paired play, Merry Wives of Windsor, the chance to see the same actors in the same role in two very different plays is a gift to you. It will give you insights into the craft of playmaking and acting that will feed your practice no matter what play you teach annually. It is such a relatable play–Shakespeare’s only city comedy (or cit-com, if you will), but he won’t even give into that trope all the way–since he sets the same situations his contemporaries treat in Venice, London, and other large city in the countryside near the current residence of the current monarch, Queen Elizabeth II. In our discussion of this play, we will cover the silly love pairings, the spousal jealousy, the fairy-pinching (you read that right), and show how easy it is to introduce this play to your students.

The long and the short of it is, as with all ASC teacher seminars, we will feed you. We will bring in faculty from our masters program to give you ideas about interdisciplinary approaches, we will ask our master teachers to model classroom activities that apply across the canon, we will ask our experienced actors for insights into their approach. And, of course, then there is the just good old fun stuff–a cocktail hour, plays, a weekend in Staunton. Join us in November and see what you’ve been missing! I can hardly wait to see you. 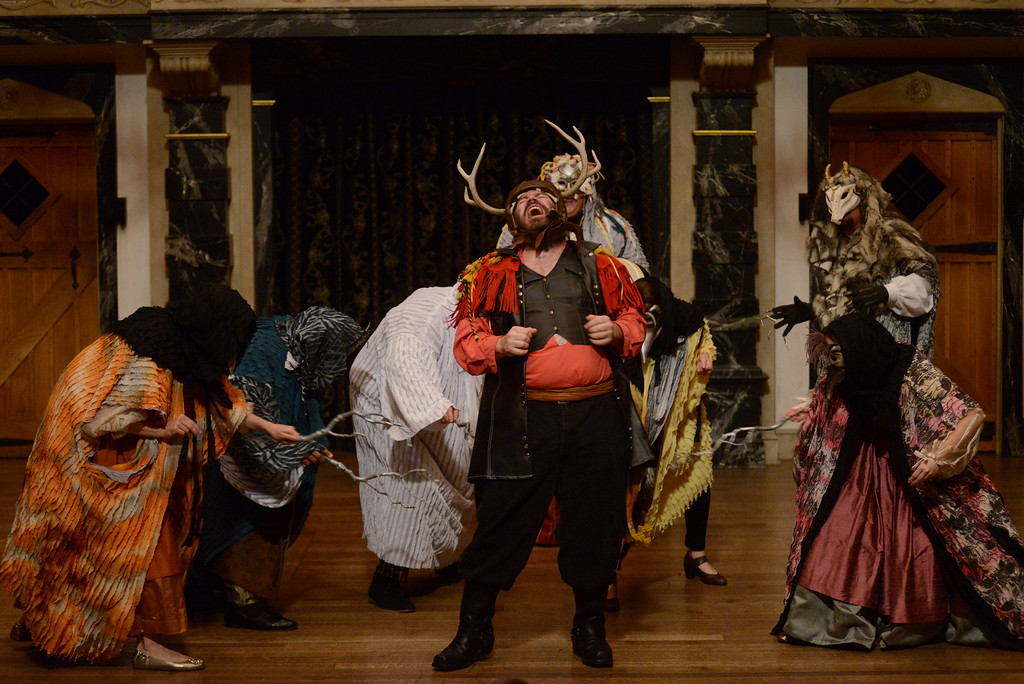 Rick Blunt and the cast of THE MERRY WIVES OF WINDSOR. Photo by PAT JARRETT. 2014. 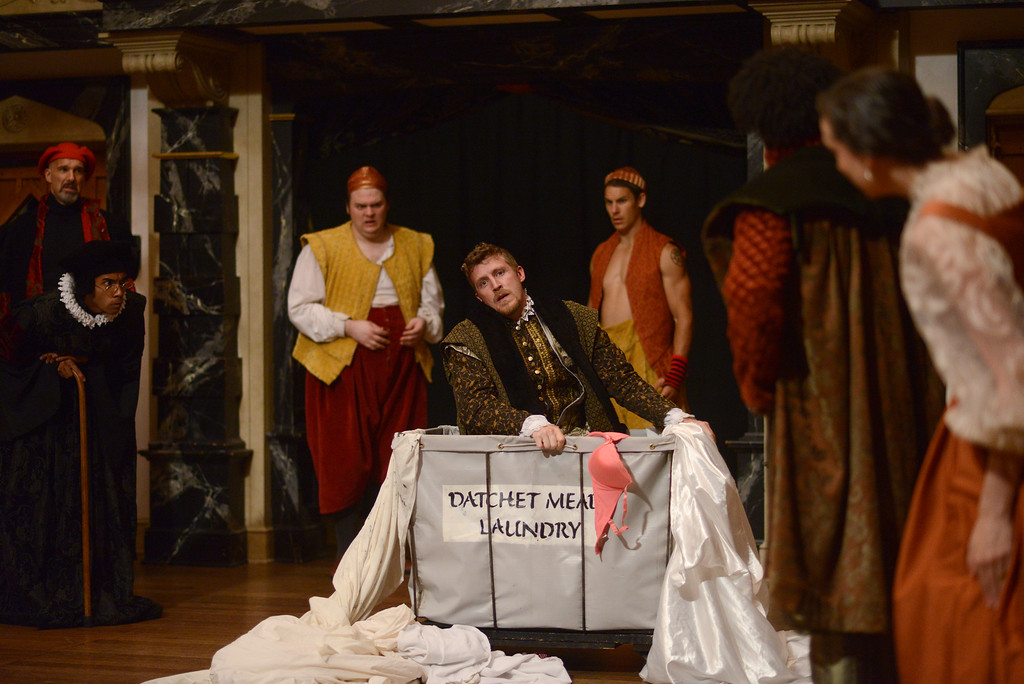 Patrick Earl and the cast of THE MERRY WIVES OF WINDSOR. Photo by PAT JARRETT. 2014.

Sarah Enloe is the ASC's director of education.