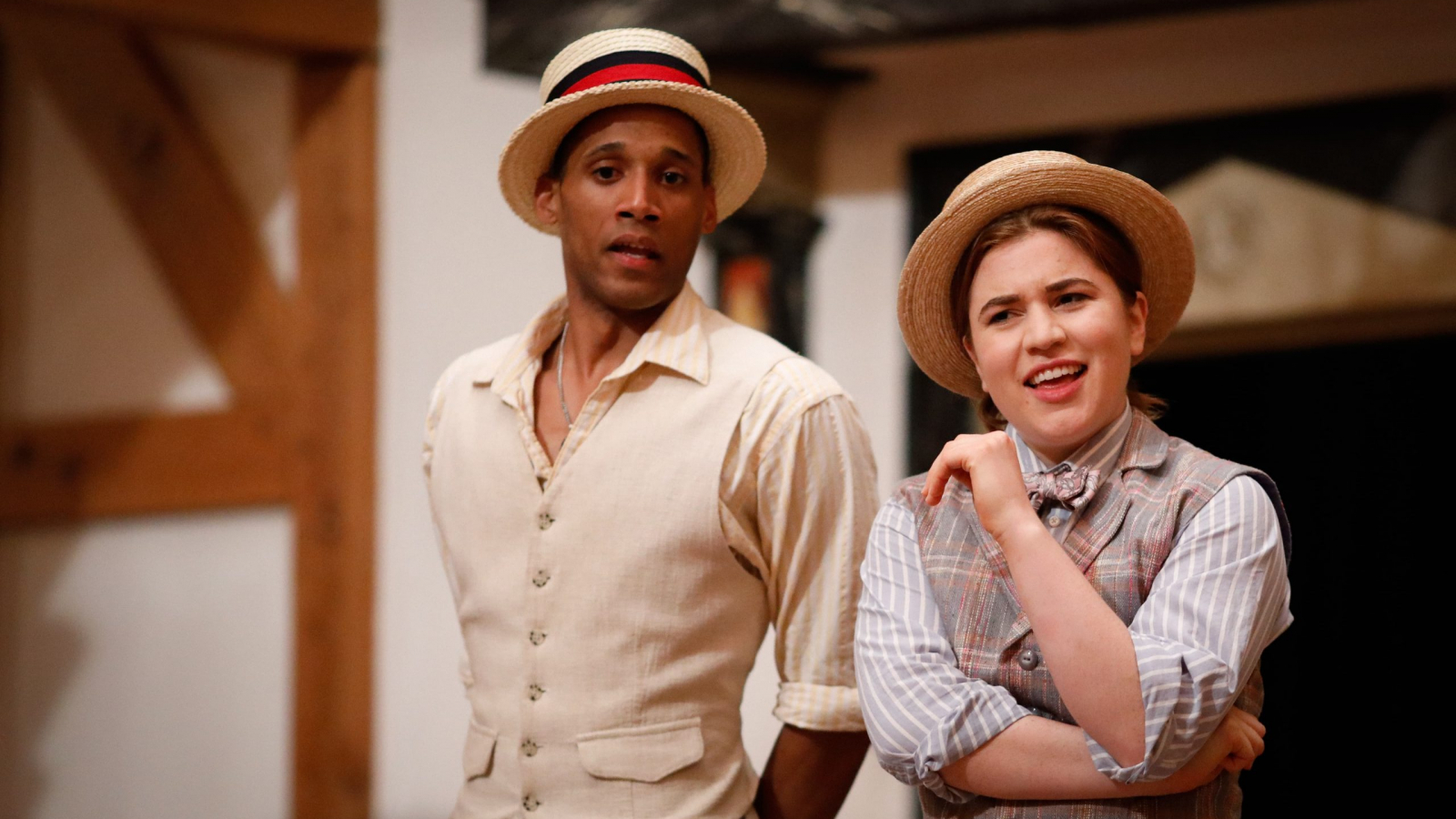 Last week, as I was re-reading the six plays under consideration for Cycle 4 of Shakespeare’s New Contemporaries (As You Like It, Romeo and Juliet, Henry VI (any/all parts), and Troilus and Cressida), I found myself lingering over the concluding lines of As You Like It. In an epilogue, the actor who plays the heroine Rosalind steps out of the role and solicits the audience’s approval, claiming that whoever applauds will prove themselves attractive, courteous, and deserving of affection: “If I were a woman I would kiss as many of you as had beards that pleased me, complexions that liked me, and breaths that I defied not. And I am sure as many as have good beards or good faces or sweet breaths will for my kind offer, when I make curtsy, bid me farewell.” It’s an ingenious way to win applause.

But the line also fascinates me because it dares audience members to find better versions of themselves and explore the other possible identities that emerge when they participate in the play. By inviting theatergoers to become shape-shifters like Rosalind, it revels in drama’s ability to re-make what seems stable and unchanging–and so captures the spirit of SNC.

Playwrights’ inventive engagement with Shakespeare and his staging conditions fuels SNC, and in the Cycle 4 source plays, the appearance of stability likewise gives way to novelty and variation. As You Like It, a comedy about the power of the natural world to heal civilization’s ills, explores the wide-ranging manifestations of desire. Troilus and Cressida reimagines the Trojan War by centering characters who variously attempt to balance the competing demands of individual love and military glory. Romeo and Juliet offers “star-crossed lovers” whose tragedy is simultaneously fated and preventable. Their downfall results from the kind of senseless civil dissent that rends England in the several parts of Henry VI: against the backdrop of the Wars of the Roses, Henry VI Parts 1, 2, and 3 plumb divisions between old and new, kings and commoners, and parents and children.

To a certain degree, these plays reveal Shakespeare at his fan-boy finest: he takes on foundational works of western civilization in Troilus and Cressida, pressing questions about the legitimacy of the Tudor monarchy in Henry VI, and popular literary genres of his era in the domestic tragedy Romeo and Juliet and the pastoral fantasy As You Like It. Shakespeare, as we have noted before, was himself “inspired by and in conversation with” the issues, stories, and writers of his time.

But one of the things that makes Shakespeare’s works–and these plays in particular–so compelling is that they expand the possible avenues of approach to the characters, genres, and topics they take up. Kings and generals are not the only agents of change in the Henry VI plays; instead, some of the most powerful women in the Shakespearean history canon propel dramatic and political action. Romeo and Juliet is an intensely intimate work (as Mya Lixian Gosling of the web comic “Good Tickle Brain” notes, “no one else was in the tomb when it happened”). Shakespeare, however, sets that intimacy against scenes of bustling public life. By continually asking “what if” and “what else,” he allows familiar stories, well-known characters, and popular genres to become shape-shifters.

The questions “what if” and “what else” might also guide playwrights who choose to partner with Shakespeare’s works for SNC: “What if Friar Laurence’s messenger hadn’t been quarantined because of an outbreak of plague?” “What else did Alexander Iden do after his brief appearance in 2 Henry VI?” Alternatively, a writer might take a cue from all three installments of the Henry VI saga and find inspiration for their own political drama in the arc of Queen Margaret’s rise and fall. Or they might identify a question at the heart of any of this year’s source plays and recalibrate it for contemporary audiences: “What does civil dissent look like today?” “What joys or sorrows lie in breaking from social expectations to follow a passion?” “What happens when love requires you to change not only your life but your sense of self?”

SNC plays, at their best, do not just ask us to rethink Shakespeare and his characters; they surprise us with their willingness to imagine the “what ifs” and “what else-s” that connect his world to ours. So this year, we invite playwrights to channel their inner Rosalind and do a bit of shape shifting. We are excited to read your plays and welcome your openness to possibility—your spirit of inventiveness, variety, and creativity—in the fall.