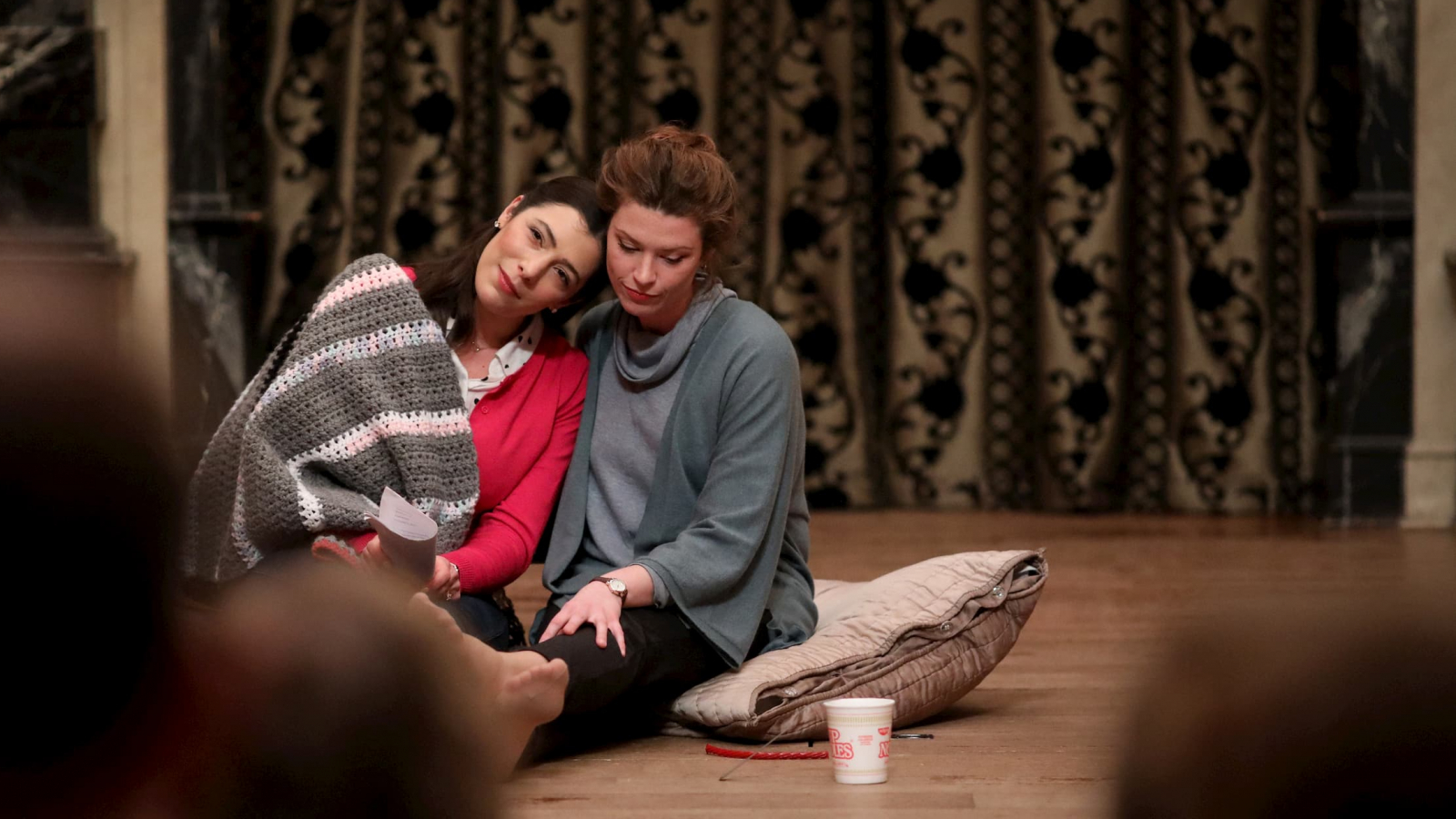 “Till then, my noble friend, chew upon this”

The application window for SNC Cycle 4 is just around the corner. Now that the details about the application process have been announced and the Shakespeare plays in consideration have been explored, we wanted to offer some additional food for thought as you contemplate writing a play to share with us.

Consider the conversation. Shakespeare’s New Contemporaries is seeking plays that are “inspired by and in conversation with” Shakespeare’s work. This means we want writers to send us plays with a clear perspective, plays that have something to say, plays that interrogate Shakespeare’s writing, and plays with questions for our audiences. Furthermore, Shakespeare’s New Contemporaries aims to celebrate the best of today’s playwriting; we are eager to see what original work can be built on the foundation of centuries-old stories.  Here’s one way to think about it: when an SNC play is produced in rotating repertory with the Shakespeare play that inspired it, our audience will have the chance to see both plays, perhaps even in the same day. What experience do you want them to have at the theatre? How can what they see at the matinee be enhanced, enriched, complicated, or contextualized by what they see at the evening performance?

Consider the conditions. Shakespeare’s Staging Conditions are at the heart of what ASC does, and they present unique and exciting challenges for contemporary writers. We seek works that joyfully embrace the possibilities that Shakepeare’s Staging Conditions offer. Take universal lighting, for example: how might a constantly visible audience be dramatically employed? Or, how might a scene’s structure shift when it’s not being concluded with a blackout? A writer might also consider our playhouse: how might its unique architecture be used? How could text and action establish setting rather than scenery and props? (You can learn more about our staging conditions here and more about our playhouse  itself here). The best way to understand how Shakespeare’s Staging Conditions work is to see them in action, and doing so is now easier than ever. ASC’s SafeStart season will be live-streaming productions of Twelfth Night and Othello on select dates. (You can also check out “A Day at the Blackfriars Playhouse” on YouTube.)

Consider the company. We hear from many writers that writing a play for 10-12 performers is one of the most challenging requirements of Shakespeare’s New Contemporaries. There are many reasons why a play with a large cast is a thrilling artistic opportunity (perhaps we’ll detail them in a later blog post). We also encourage playwrights to think beyond the size of the cast itself and keep in mind that ASC produces in repertory, meaning we employ a single company of actors to perform in multiple plays, including the SNC titles. (Our repertory troupe is deliberately diverse in ethnicity, race, and gender; you can see our current acting company here.) A writer considering company size and composition might explore how a single actor could perform multiple roles within their play or how an audience member might be empowered to draw connections between plays when seeing the same actors in multiple shows. Today, Shakespeare’s plays are performed by companies of varying size and demographic makeup, some SNC plays might have similar potential.

We hope this trio of considerations offers some food for thought. And we’ll continue to share application insights and more news about Shakespeare’s New Contemporaries on this blog and in our monthly emails (sign up here) in the lead up to the application window. Thanks for being a part of this process with us!