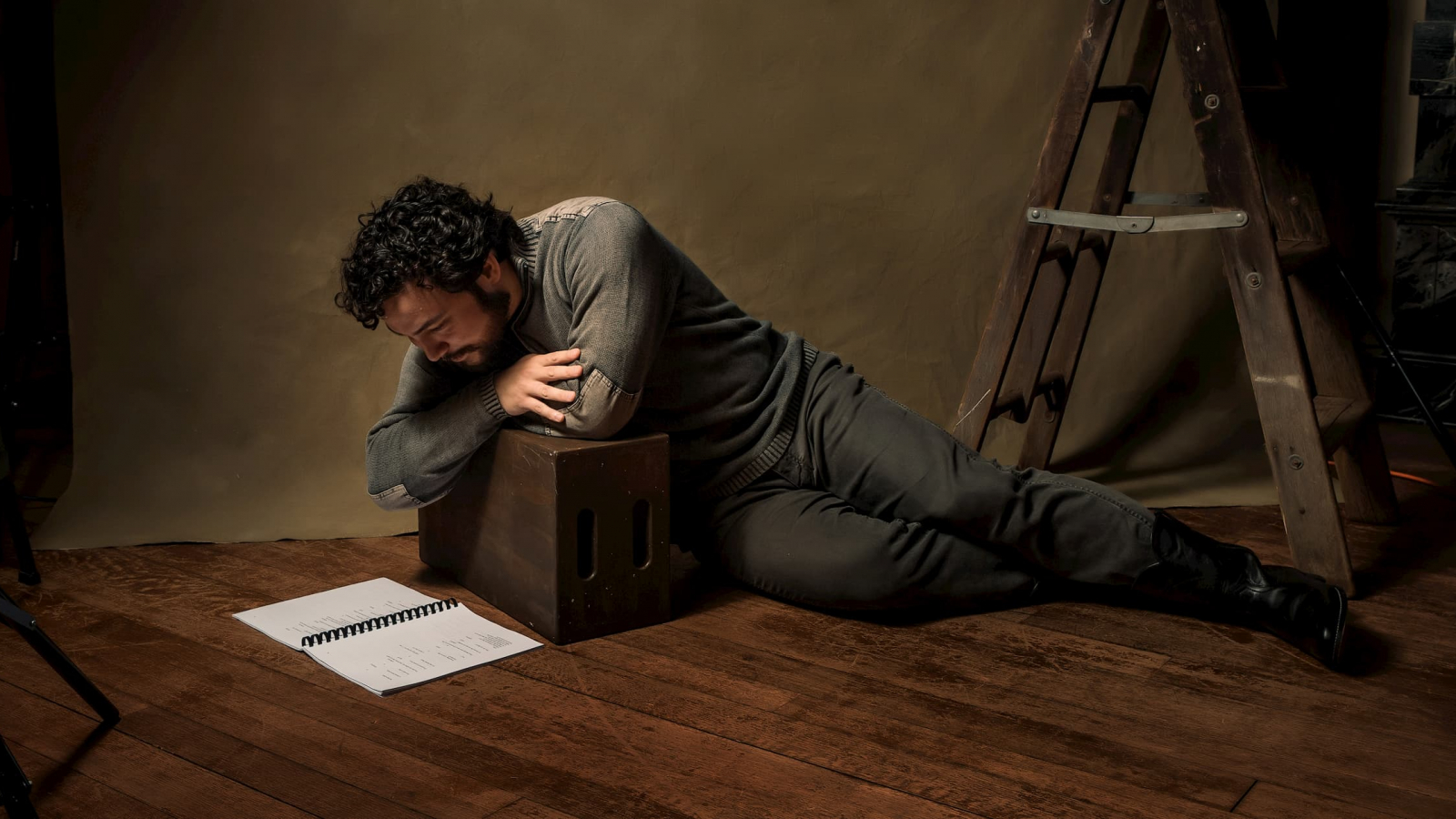 You’ve already heard from our Literary Team about the titles we’re considering for Cycle 4 and what kinds of questions they provoke. But don’t take our word for why you should be excited to engage with these plays. We asked ASC staff, artists, and affiliated artists what intrigues, delights, confuses, and excites them about these plays. 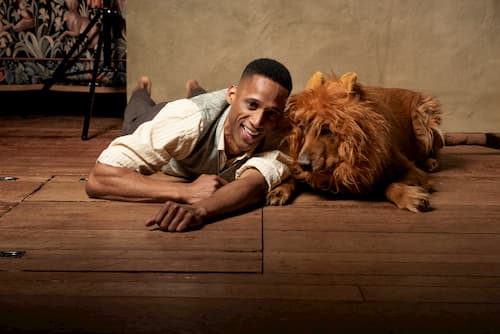 I think As You Like It is Shakespeare’s most genial and generous play. The comedy in it is neither farce nor satire, but humor that seems to come organically out of the characters and the situation…Rosalind is the largest female part he wrote, and the other women – Celia, Phoebe, and Audrey – are wonderful roles. Though the play begins in the world of male competitiveness and conflict, as soon as Rosalind and Celia get out of Dodge, they start over, and what ensues is as happy a world as Shakespeare ever put on stage.

As You Like It has always intrigued me because I love the “pants heroines” like Rosalind and exploring how much Orlando, and to a lesser extent Oliver, may or may not know… I also simply love Oliver’s account of Orlando fighting a random, sudden lion. 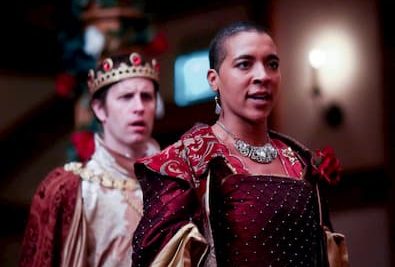 All of the Henry VI plays are different from Shakespeare’s other plays because the major protagonists shift each time one of them dies in the packed storyline. It falls to the weak king and his ferocious wife Margaret to provide continuity.

Margaret appears in all three (she is in the entire first tetralogy and she also arguably passes through all four Hogwarts houses during her journey).

Like the other early histories [the Henry VIs are] packed with action, overtly drawn characters, flamboyantly decorative verse, and strong dramatic irony. On display is Shakespeare’s usual taste for paradox and contradiction.

[In Henry VI, Part 2,] Jack Cade, the leader of the Peasant’s Rebellion (in Shakespeare a tool of York), is an unforgettable character (somewhat reminiscent of Malcolm McDowell’s Alex in A Clockwork Orange). We also meet for the first time this hunchbacked guy named Richard Plantagenet, who will one day have a pretty good play of his own.

[Henry VI, Part 3] is chock full of great scenes, but two of the most memorable scenes are at the beginning of the play: the “Molehill Scene” in Act One, scene four, where Margaret torments the Duke of York; and Act Two, scene five, in which the miserable King Henry watches the war being waged in his name.

[Henry VI, Part 3] is Iron Man plays a Game of Thrones in a House of Cards as everyone considers himself or herself the Avengers hero in this righteous battle for power and glory. 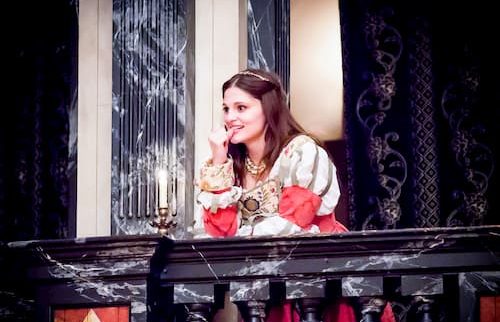 Shakespeare’s Verona, like our own country, is rife with division – division between families, genders, classes, etc. – and also like our own country, it is brimming with violence. All three families suffer the loss of loved ones throughout the course of the play, but…the city of Verona learns something from it. The loss of our titular heroes, who would rather take their own lives together in love than live in a world full of hate, changes the way their families think and act. Their shared loss creates a new community.

I’ve always wondered why there are apothecaries who are so free with the poison. Was it part of the job of a druggist in the 1500s to prescribe poisons and wells cures? Was there a consistent market for poison? …I’ve just always wondered why poison (not to mention fake poison) was so easily accessible in Shakespeare’s day via professionals who presumably are in the business of curing people. So…I’d like to see a play about the druggist.

I always look for Romeo and Juliet in the comedy section of the Folio or whatever complete works I am using, it is such a true comedy (and really funny and silly to start), the turn is only possible because Juliet is so smart and Romeo is so…not. 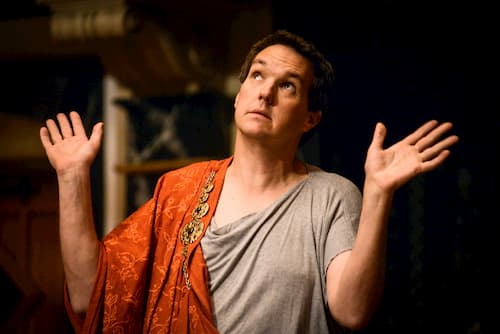 I love how random this play is: it has no beginning or end, it just takes a slice from the decades-long Trojan War (and not even one of the well-known slices, I mean who even ARE these people?) and presents it to an audience without comment or framing.

Troilus and Cressida’s dialogue is not the easiest to interpret. I find the language in T&C some of the most dense and obscure in Shakespeare’s oeuvre — adapting or riffing on this especially obscure vocabulary could prove a fascinating challenge for a playwright

Troilus and Cressida has been an enigma in many ways, dating back to its first printing….Many critics think it’s Shakespeare’s great satire of love and war, revealing the grand futility of fighting and the ultimate fickleness of the heart. The tone of the play shifts wildly between cynicism, idealism, buffoonery, romance, and flat-out comic genius….T&C – perhaps more than any other Shakespeare play – provides directors, actors, and audiences a cornucopia of protagonists/ antagonists, shifting styles, and multiple points of view.

I would love to see someone explore the problematic nature of Pandarus in the world of HIV/AIDS. No question, in today’s world, Pandarus can easily be read as gay: A flirt, a singer, and a meddling matchmaker, Pandarus appears to love the young soldier Troilus more than his own niece Cressida, and he makes frequent remarks about the pleasant qualities of strapping young men. On top of that, he is sick, and appears to get sicker throughout the play. There is a long history in western theatre and film of men who are coded as homosexual as having something wrong with them, and since the AIDS crisis ravaged gay communities in the 80s and 90s, media portrayals of gay men have frequently associated them with sickness. Until the last 10 years or so, a gay man with a cough was, to many, a thing to be pitied and feared, an infectious sinner getting his just desserts for an unnatural lifestyle — keep away. So how, then, could we deal with Pandarus? Should we see him as gay? Should we see him as gay and sick? If so, can we see a sick, gay man as something other than an immoral wretch? I don’t have any answers, but the questions may prove fruitful.