Sponsored by RICHARD B. SMITH 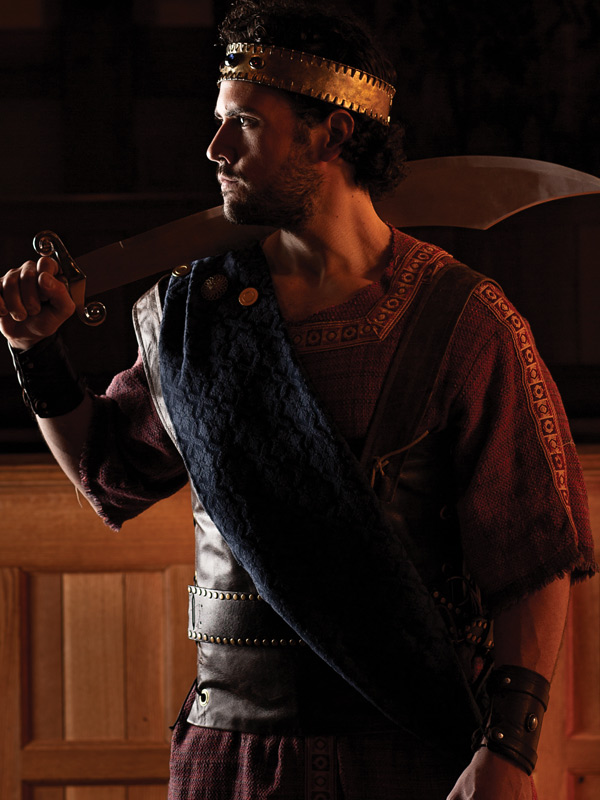 I was born to join in love, not hate – that is my nature.

In the aftermath of her brothers’ bloody war, Antigone is left torn. Her brother Eteocles will be honored, but her brother Polyneices will be shamed and denied funeral rites. In this ancient tale, Antigone stands for morality in spite of punishment as one of the earliest heroines in drama. Sophocles’s drama from 441 BC holds startling relevance today, examining divinity, obedience, and law – and how love overcomes them all.

Antigone, the ASC’s first foray into Greek tragedy, reaches across 2,500 years to speak to us today with surprising relevancy. Our young heroine, Antigone, intentionally breaks a newly imposed law when she buries her brother’s corpse; a divine ritual that honors the dead, ushers them into the underworld, and is a woman’s domain to perform.

This act earns a death sentence from the recently throned king, yet she faces this terror with a pragmatic resolve to do what she knows is right for her beloved kin and, thus, tells her uncle-king, “And if by chance I seem to you to act in foolishness, it may just be it is a fool himself condemns my foolishness.” While the leadership stumbles, Antigone finds strength in her steadfast dedication to her cause, proving that one voice raised in protest can pave the way for others to unite for change.

In doing so, Antigone addresses her oppressor with startling clarity, reminiscent of today’s youth who reject authoritarian rules that inhibit their actions. For instance, when I see Antigone speak truth to power, I also see Emma Gonzalez and the other young men and women in America mobilized in their defiance against the political machines poised to dismiss their voices. When I think of the law enacted to deny Antigone her ancestral right to care for her brother’s body, I think of laws that separate families at our nation’s borders and the utter grief and suffering caused by being denied access to loved ones. When I imagine Antigone’s brother’s spirit unable to come to rest as it passes into the afterlife, I imagine the countless refugees around the world whose displaced bones will never rest in their native land with their closest of kin. And when I hear Antigone say to those who sentence her to death, “I am disposed to love by nature, not to hate,” I am reminded that even when faced with tragedy, a young woman has the strength to choose love.

In her unflinching dedication to do what is right rather than buckling under the pressure of what is easy, Antigone reaches across time to invite us to challenge injustice, honor the memories of those we love, and continue speaking up for others even (and especially) when our words are unpopular.