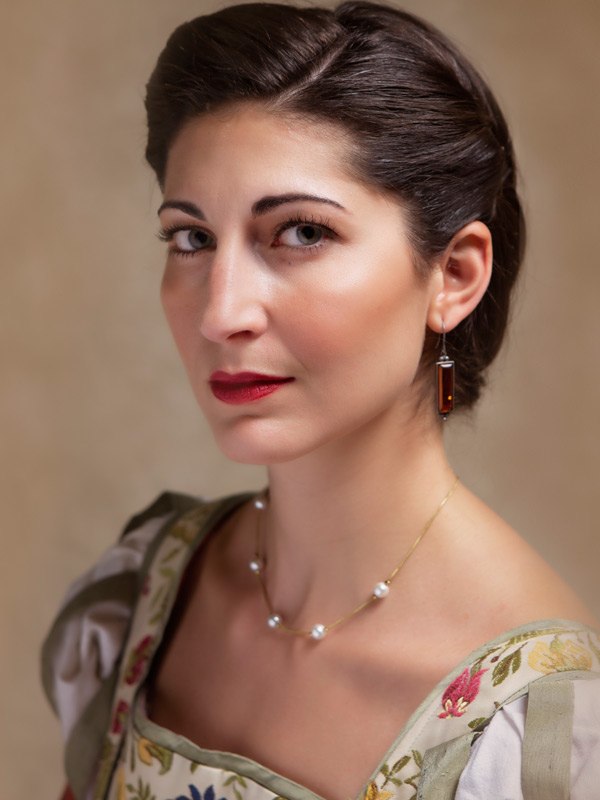 Exit, pursued by a bear.

Shakespeare’s magnificent late play is a roller-coaster ride from romance to tragedy to comedy and finally to a place of transcendent beauty that few other works of art have ever gone. “A sad tale’s best for winter,” but after unleashing a wintry tempest onto his characters, Shakespeare ultimately conjures spring’s miraculous rebirth. 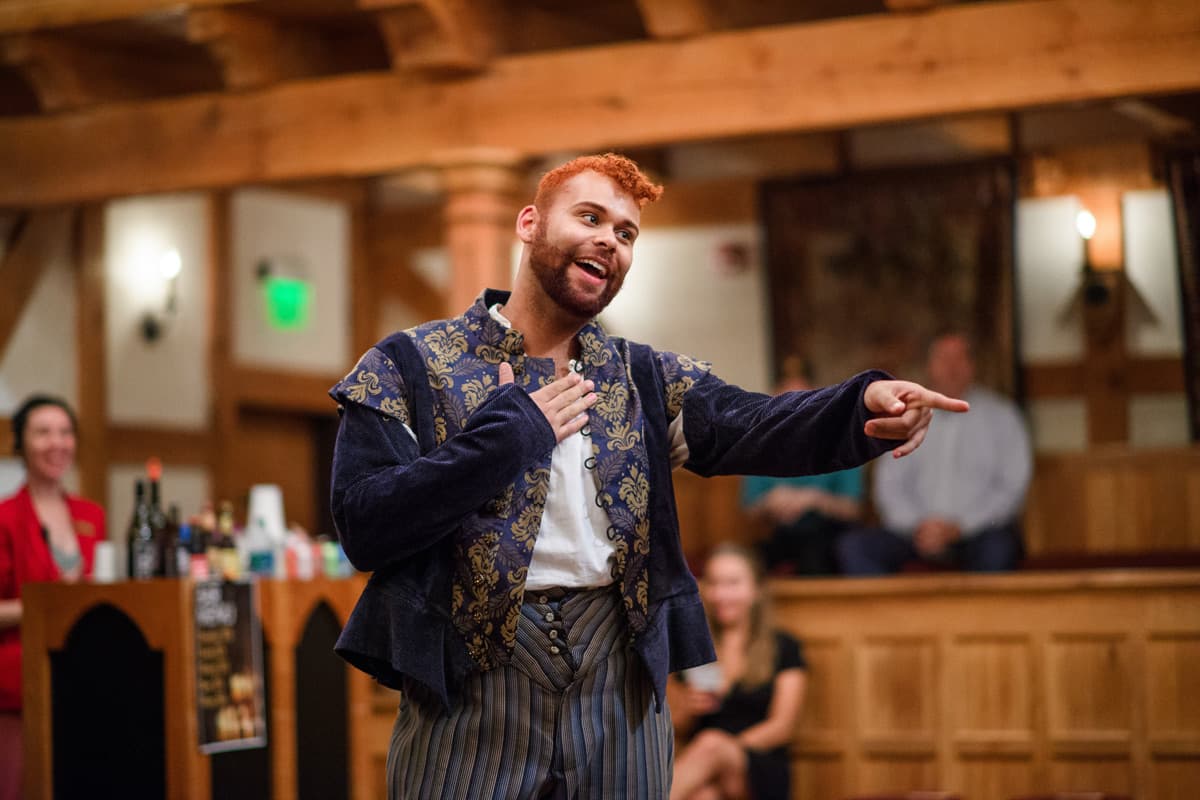 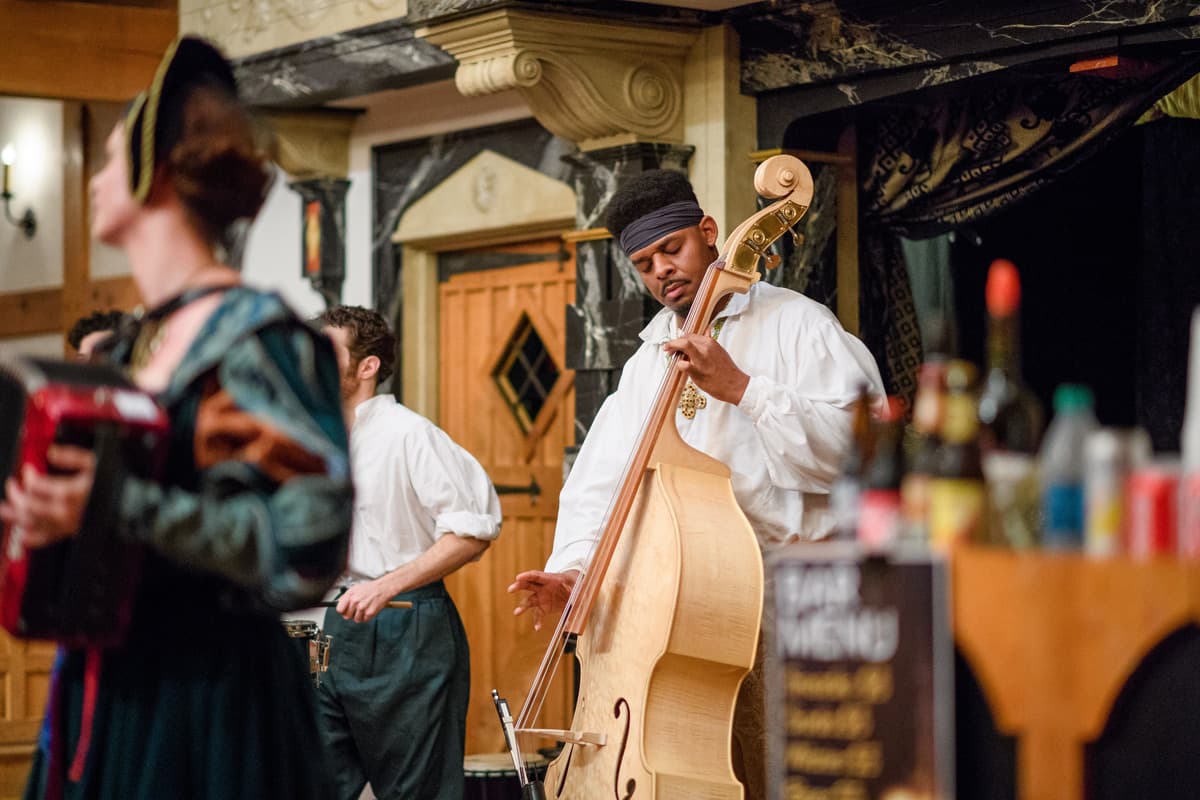 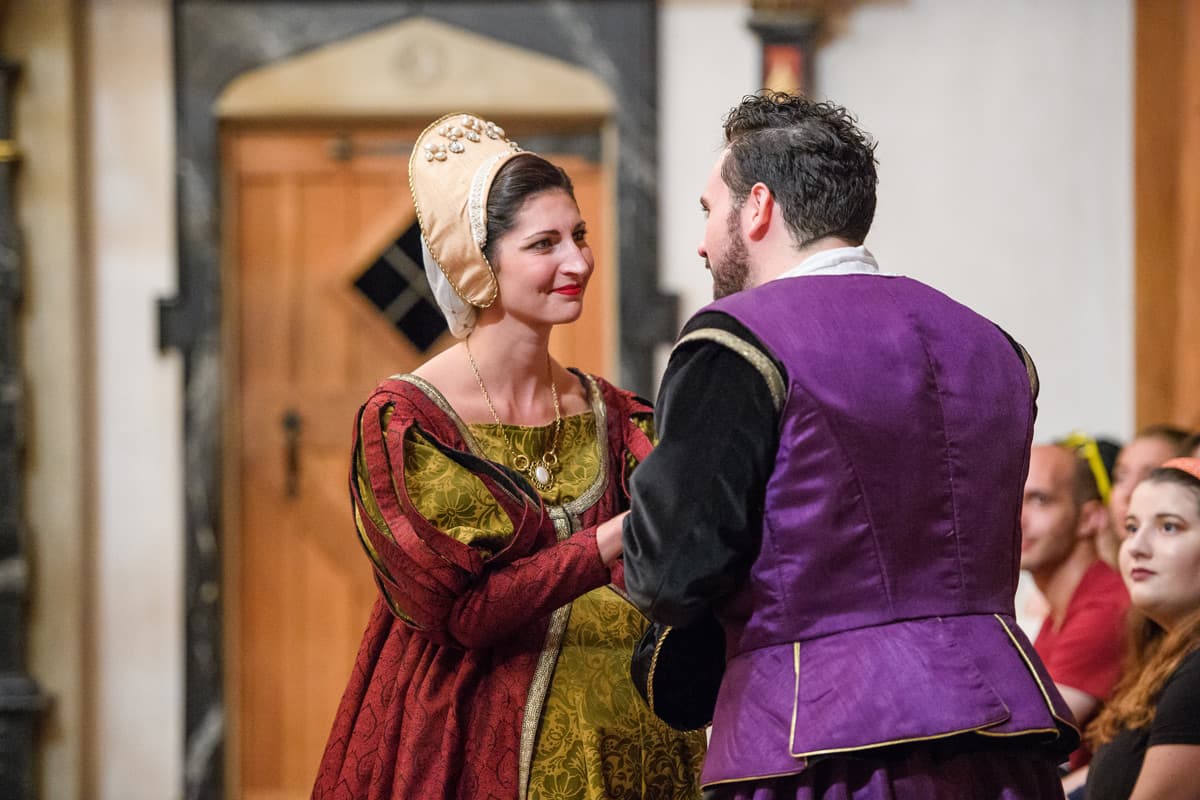 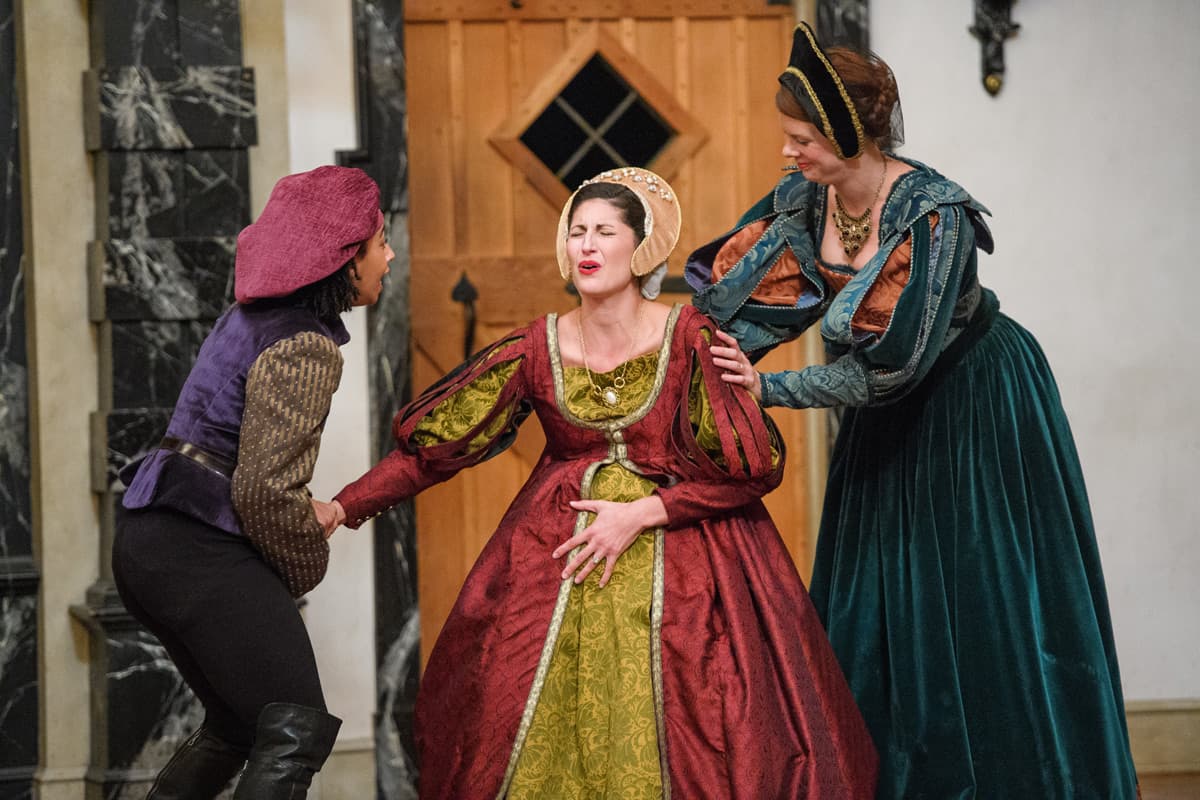 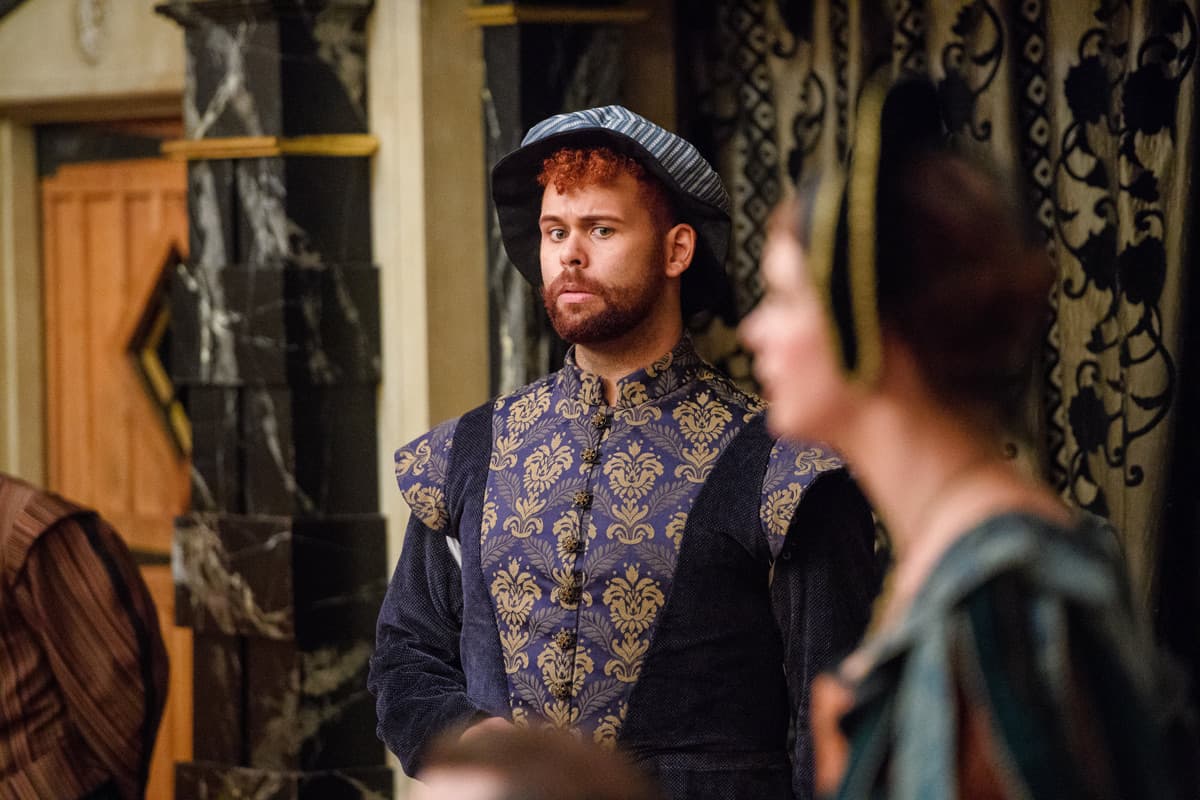 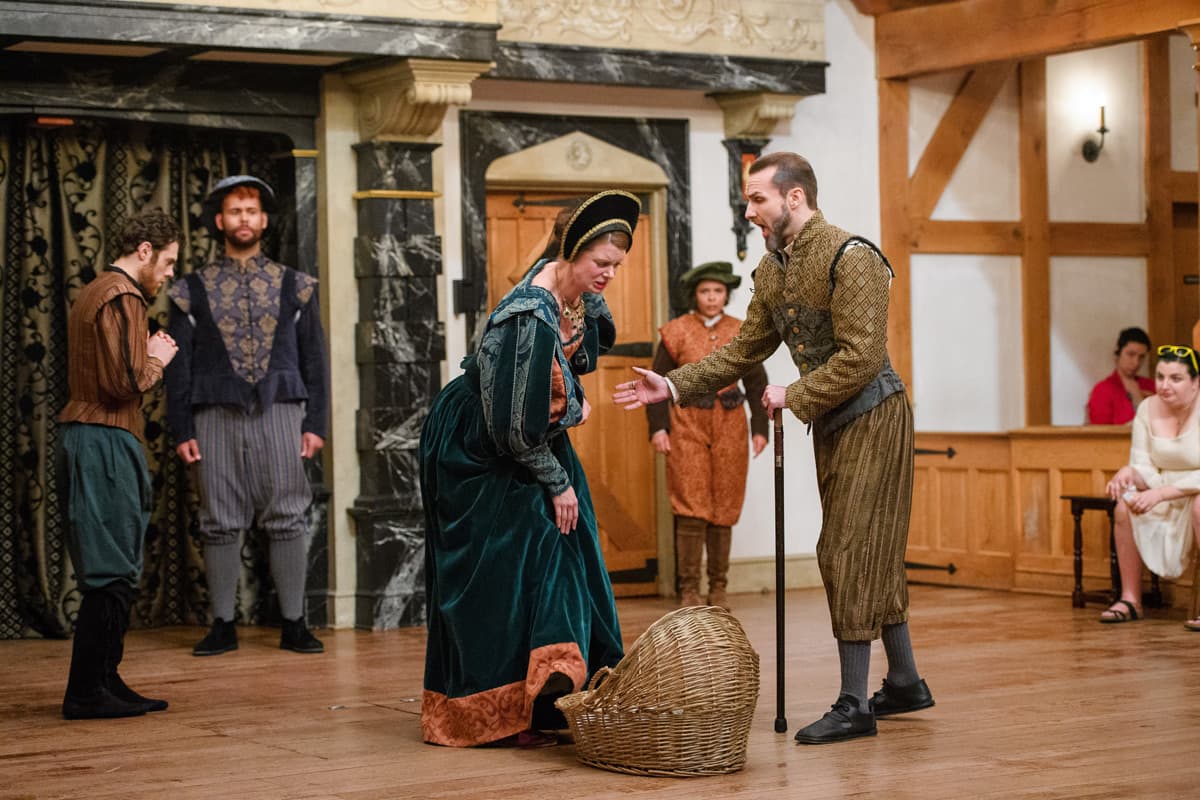 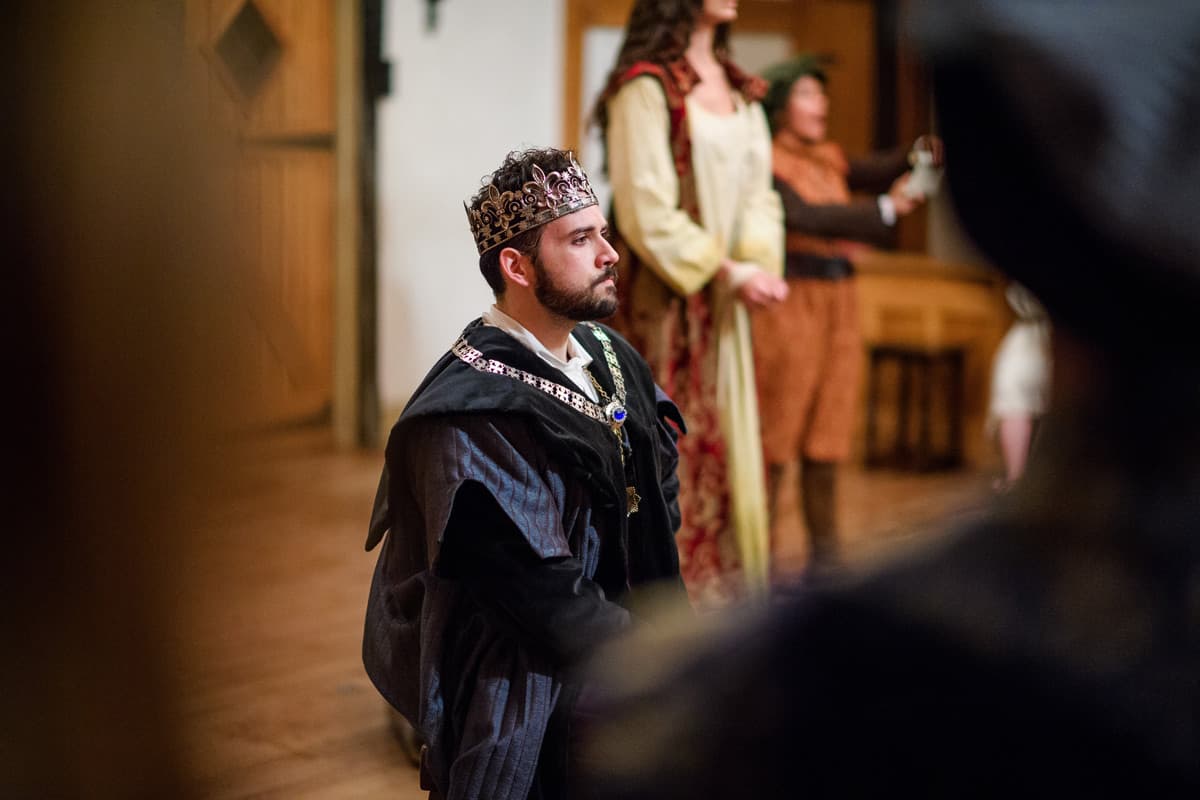 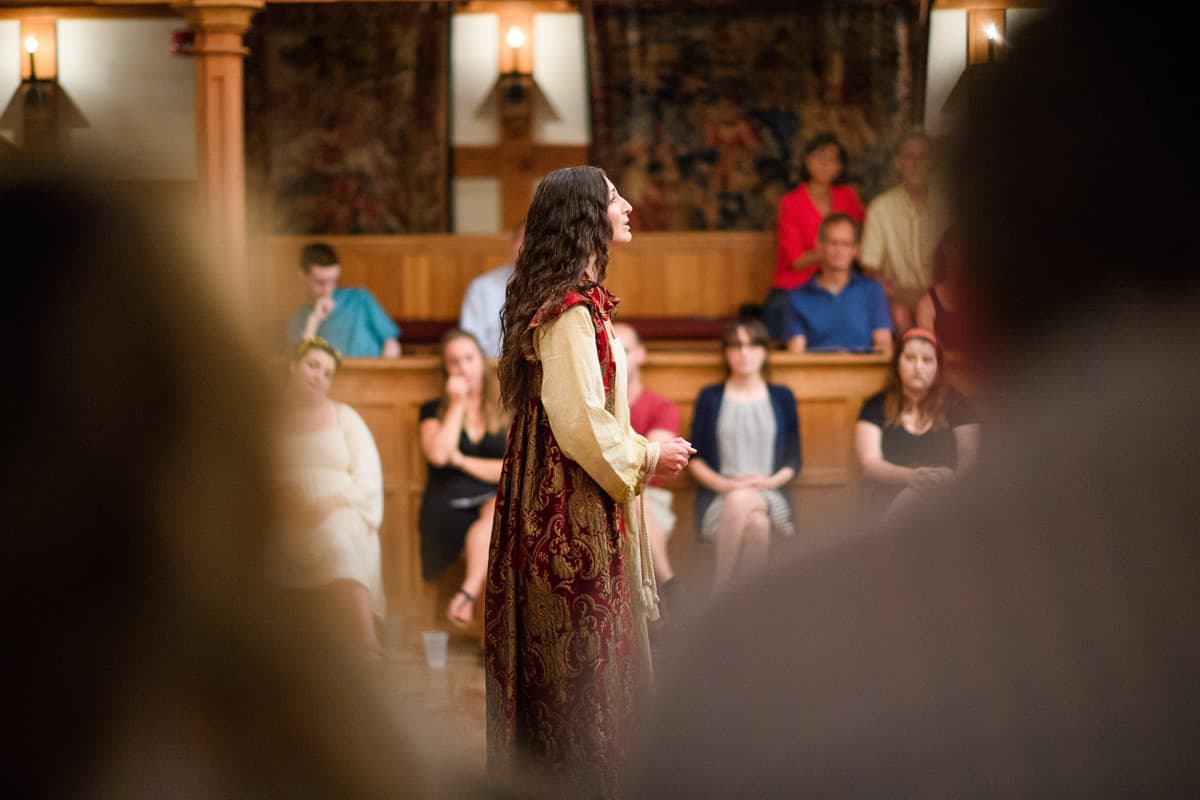 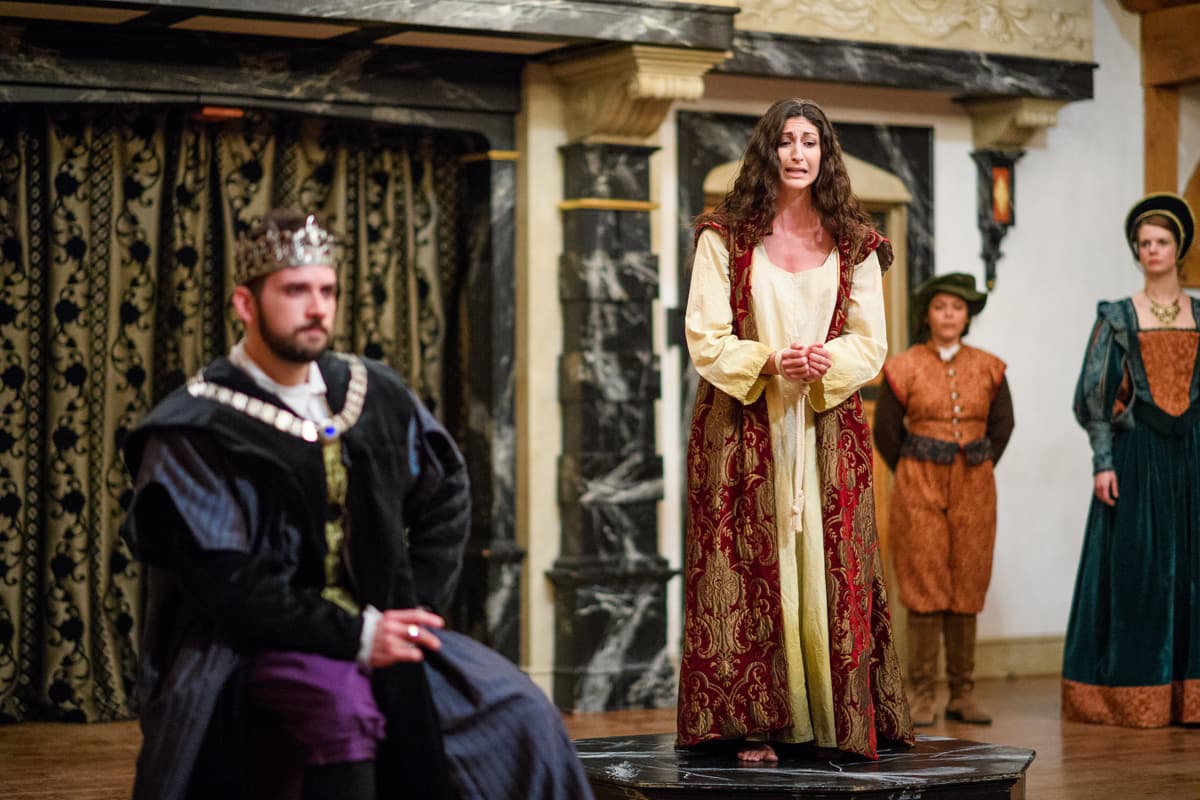 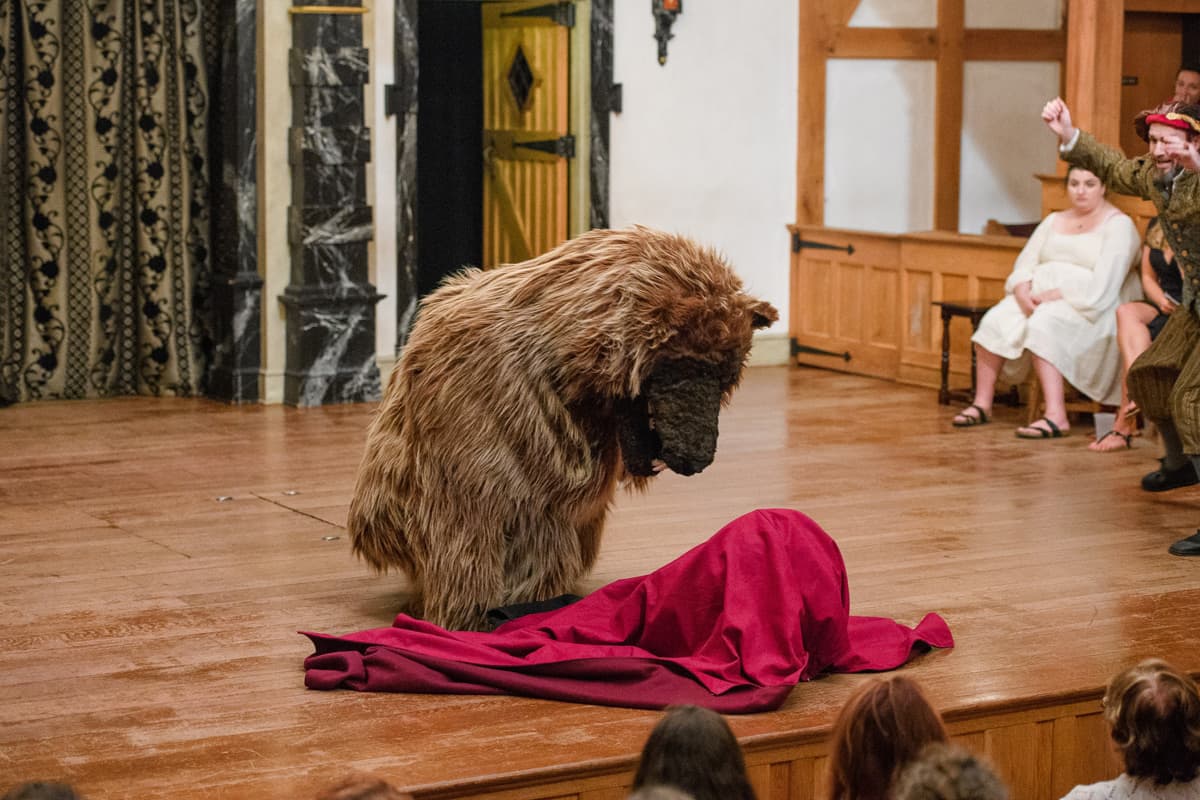 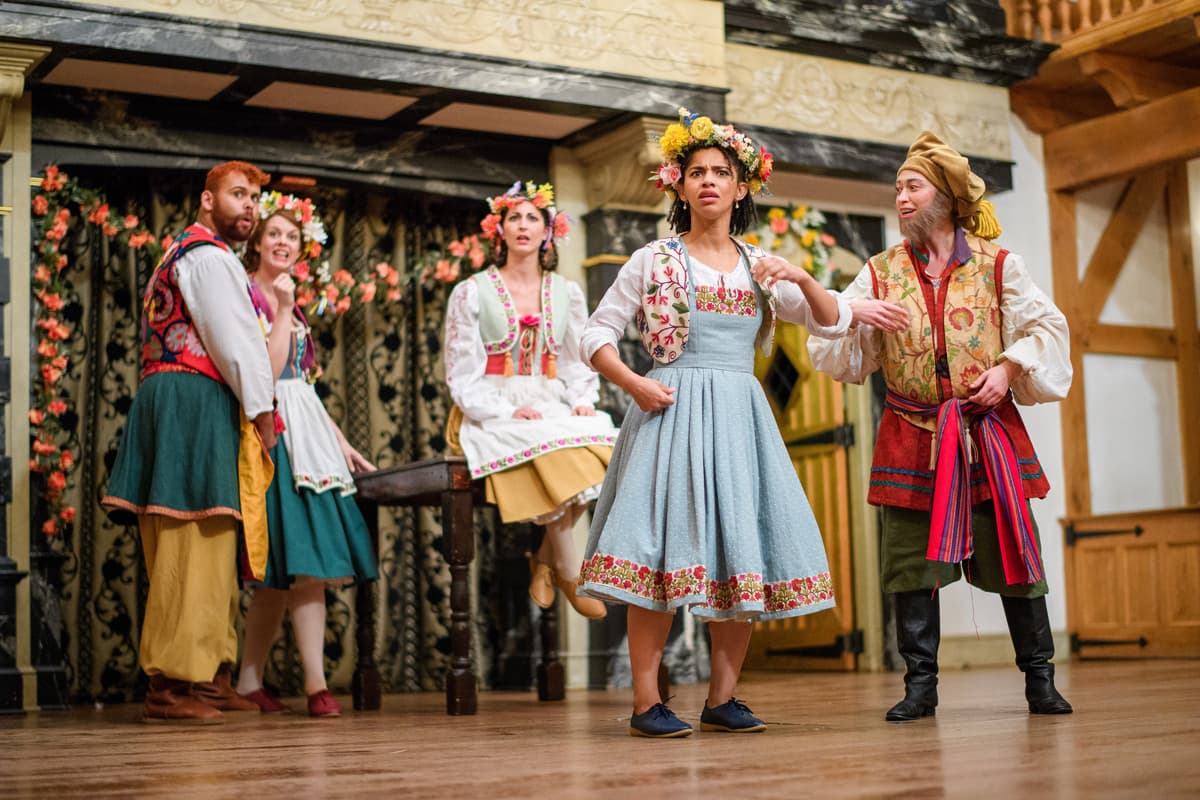 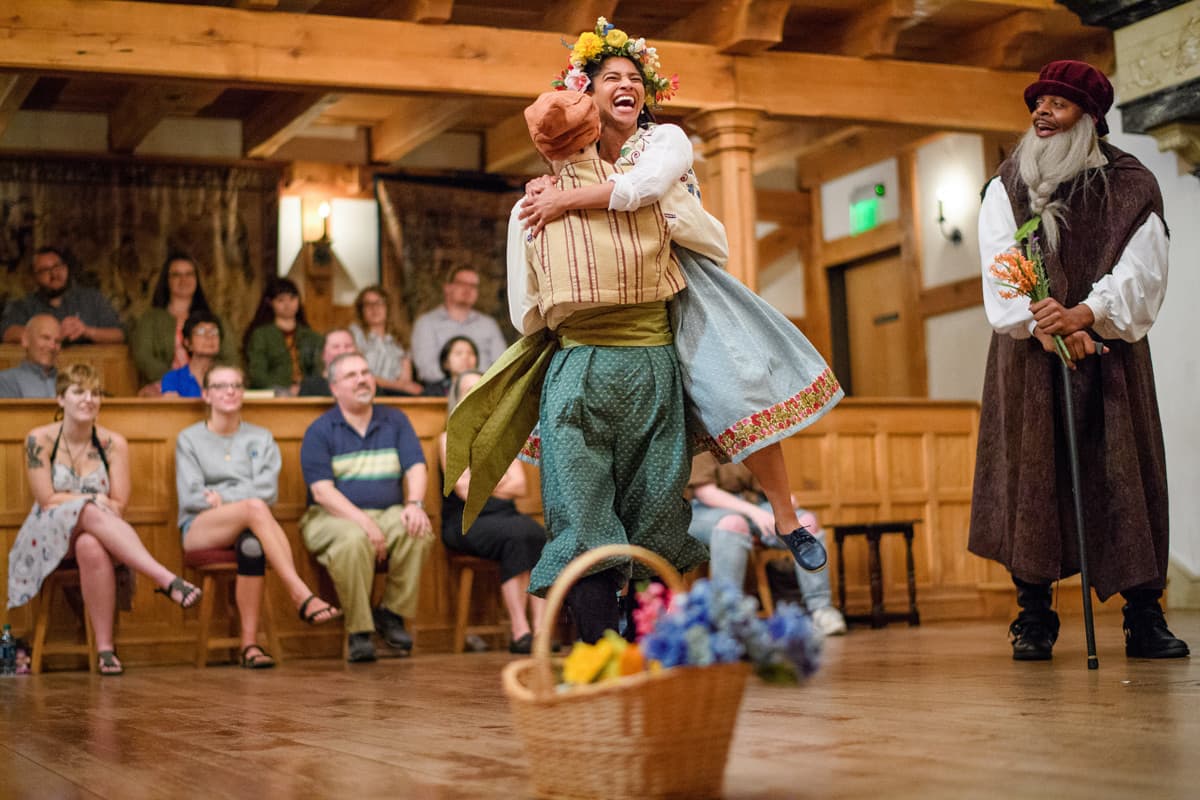 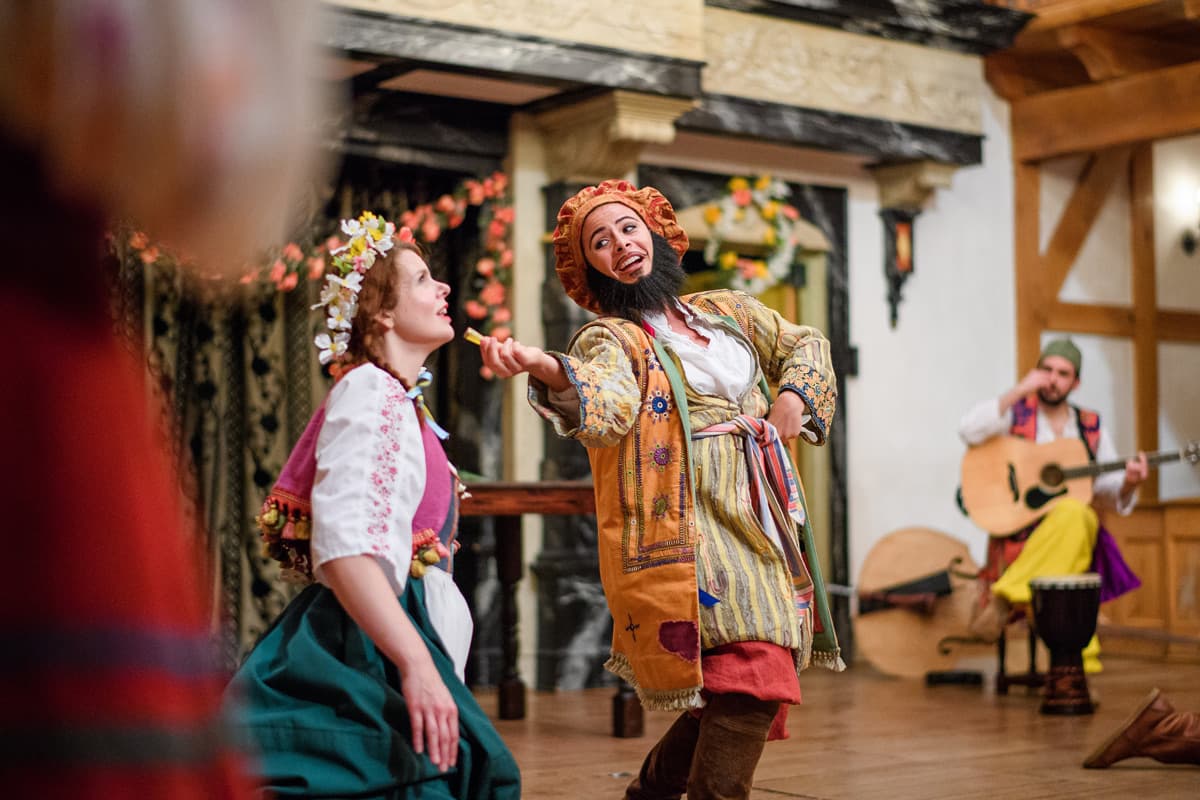 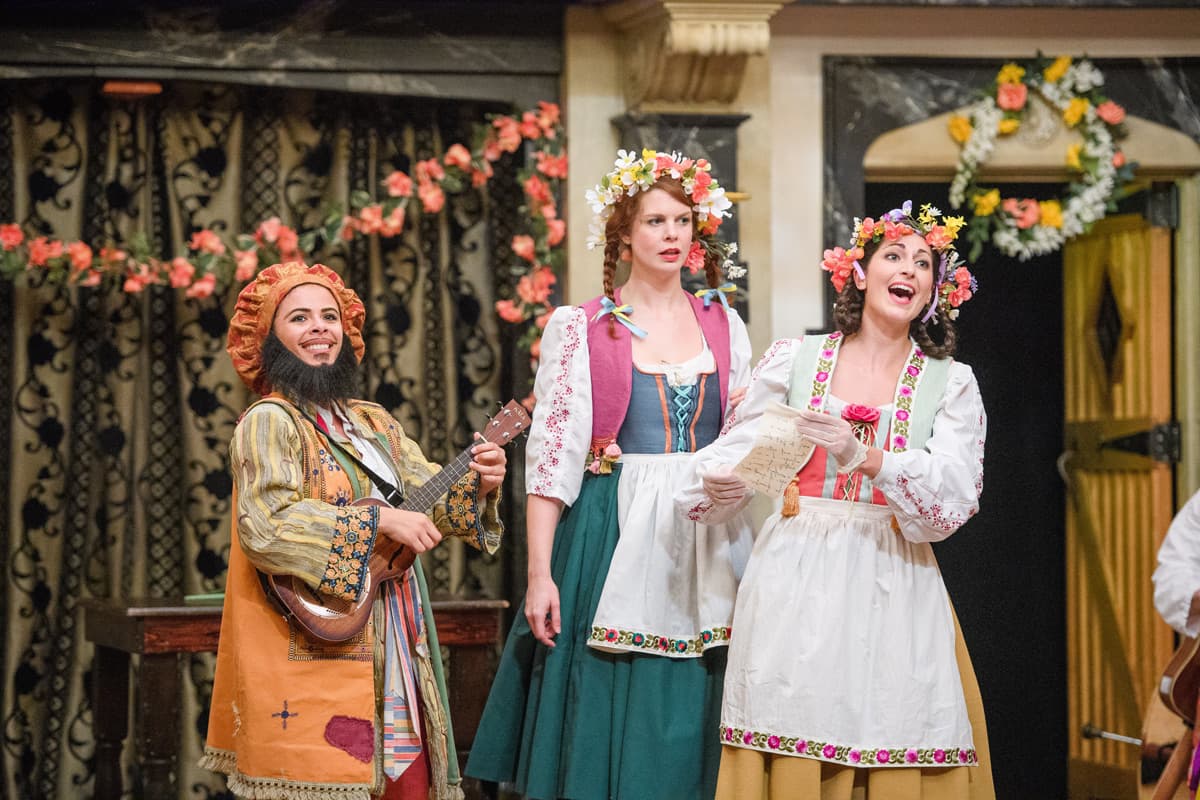 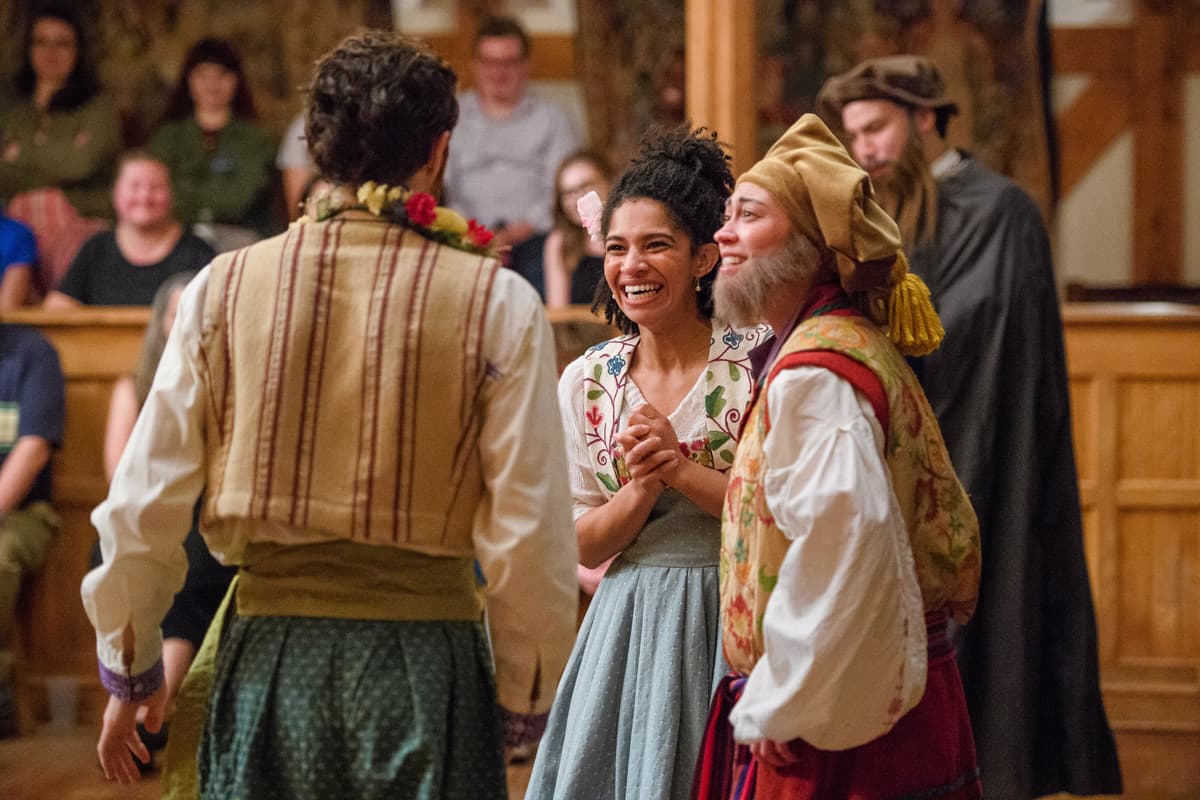 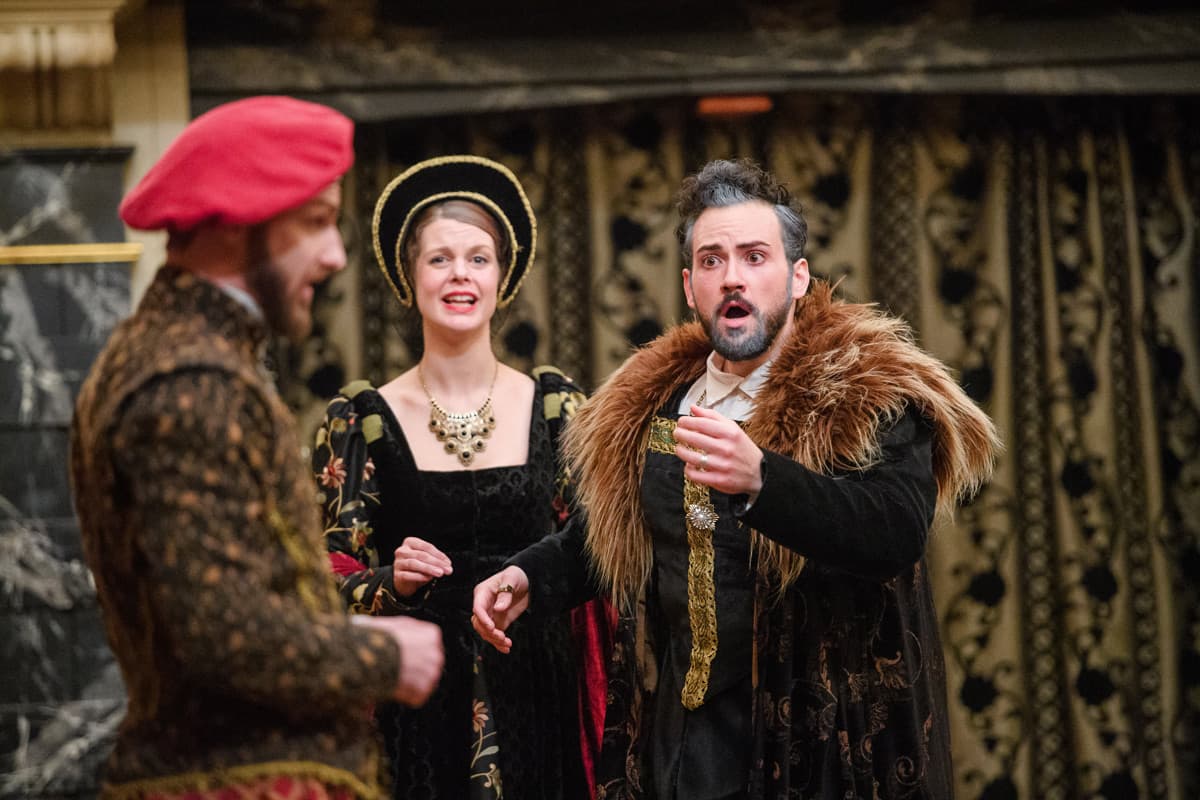 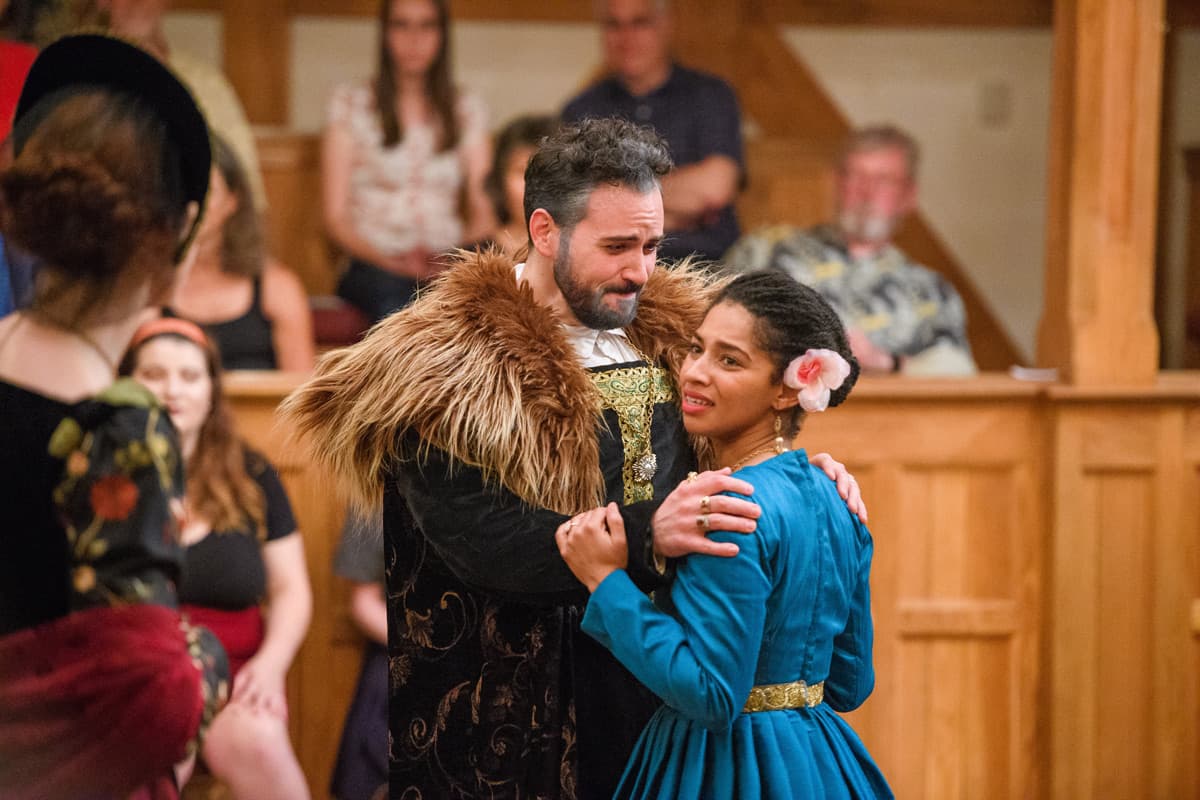 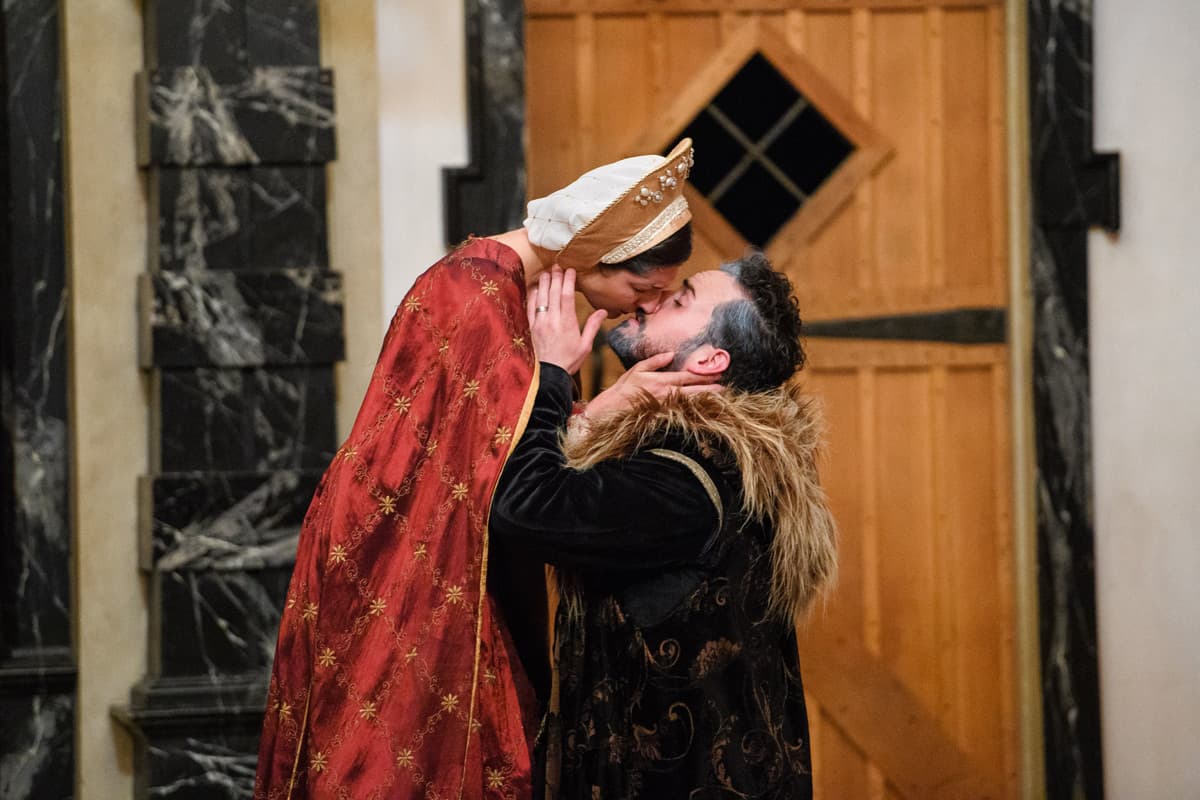 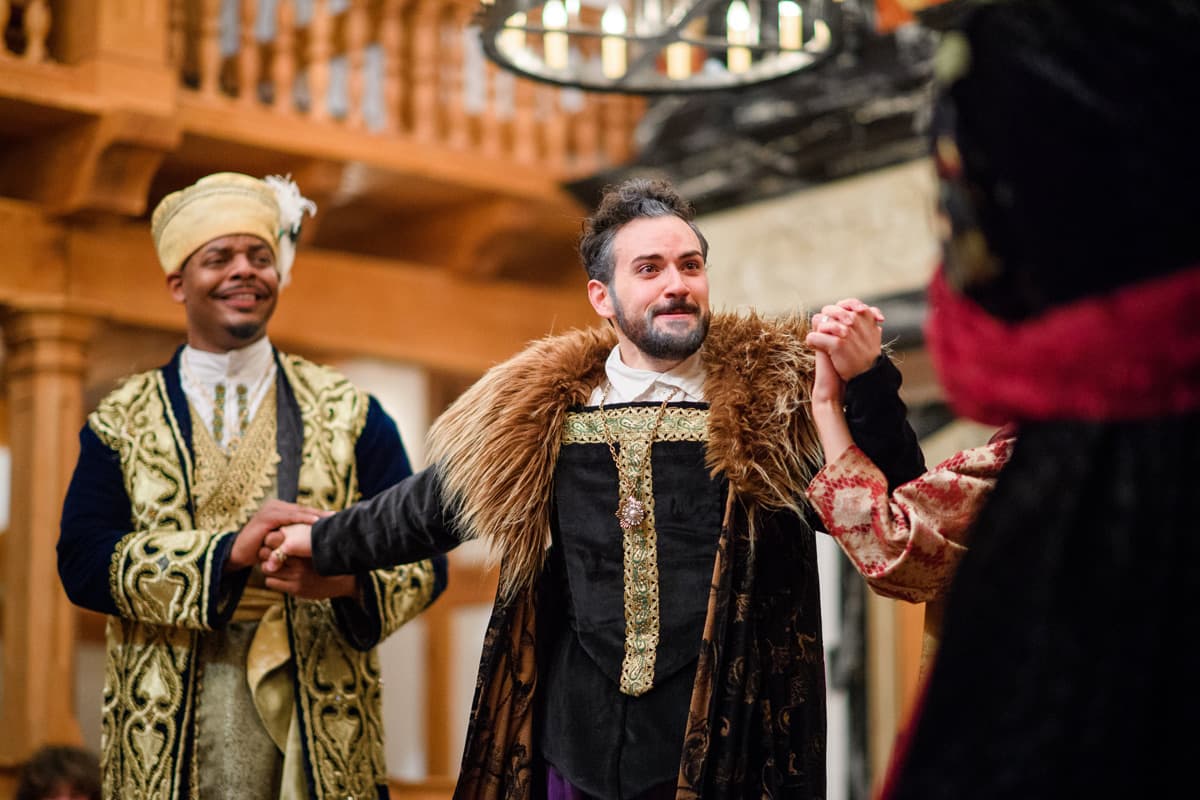 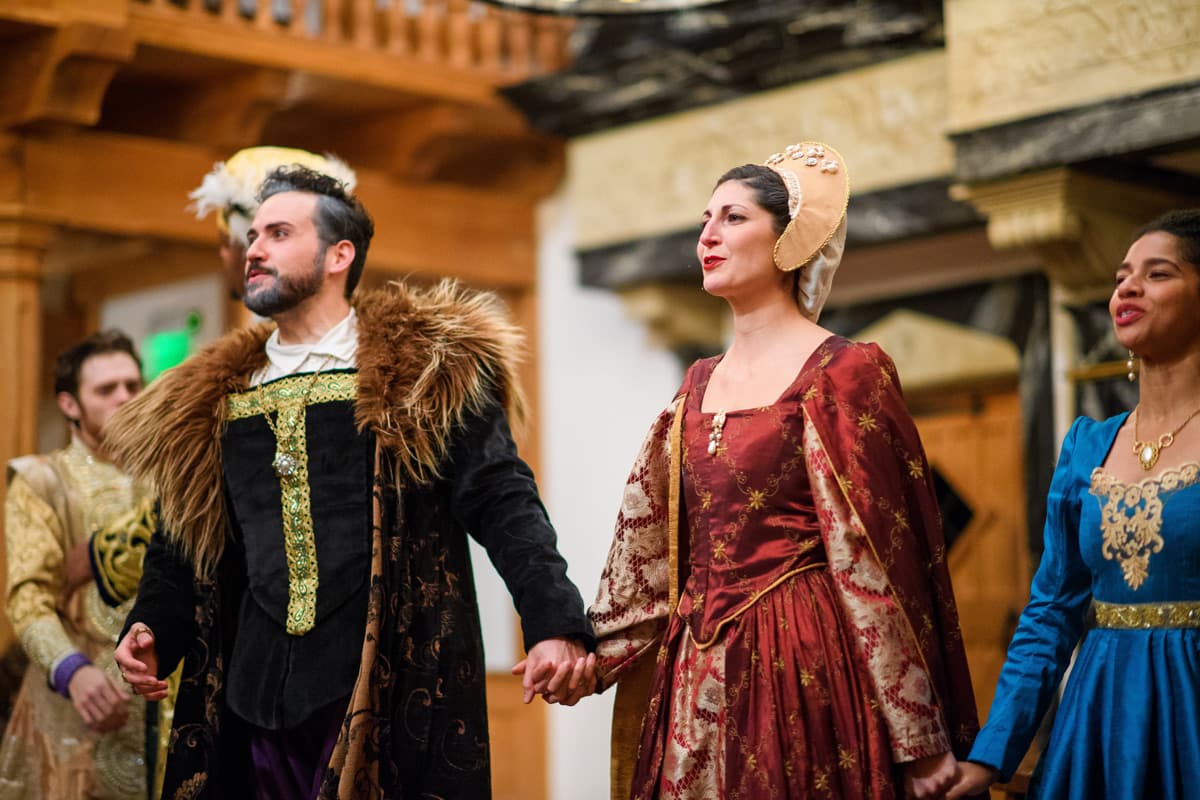 I remember first reading The Winter’s Tale about 20 years ago and being pretty confused by it. My appreciation for it grew when I learned it was one of the last plays Shakespeare ever wrote. Here was a great playwright near the end of his life, having written masterpieces in three genres — tragedy, comedy, and history — now branching out and trying new things. All of his late plays are weird blends of drama, farce, and fairy tale, and challenge us to empathize with some extreme behavior.

I wonder how many audience members in Shakespeare’s day saw most (or all) of his plays in the order in which he wrote them. I imagine they would have evolved along with the playwright as he went through his different phases: crowd-pleasing comedies; then highly poetic lyrical plays; then darker, sadder comedies; then the great tragedies; then the really dark plays; and finally, the strange, magical, realist/absurdist experiments at the end of his career.

The Winter’s Tale is one of those experiments, a genre-defying tale of dangerous minds and powerful hearts. It’s the story of a storyteller and the double-edged sword of a strong imagination.

A while back, a friend of mine had a roommate in New York City who lived in great fear of a national or global disaster. She was always on high alert, scouring the news for clues. She was frighteningly prepared for anything: her cabinets were stocked with water and canned food, she had a bag packed with two weeks of clothes, and her hall closet contained a full-body Kevlar suit in the case of nuclear war. I often thought, “Is this person driving herself mad, connecting dots that aren’t actually there, or is she going to survive us all?”

This play asks a similar question, I think. When does fear serve us and when doesn’t it? It also asks questions about faith and forgiveness. Is it unwise to trust someone who doesn’t trust us — or is it brave, and necessary?

What I like best about Shakespeare’s plays is the reminder that people have been human this whole time. And with these late plays in particular, I like to think at the end of his career exploring the wide, sophisticated range of emotions that drive our actions, our playwright may have landed upon which emotions we should allow to take the wheel.