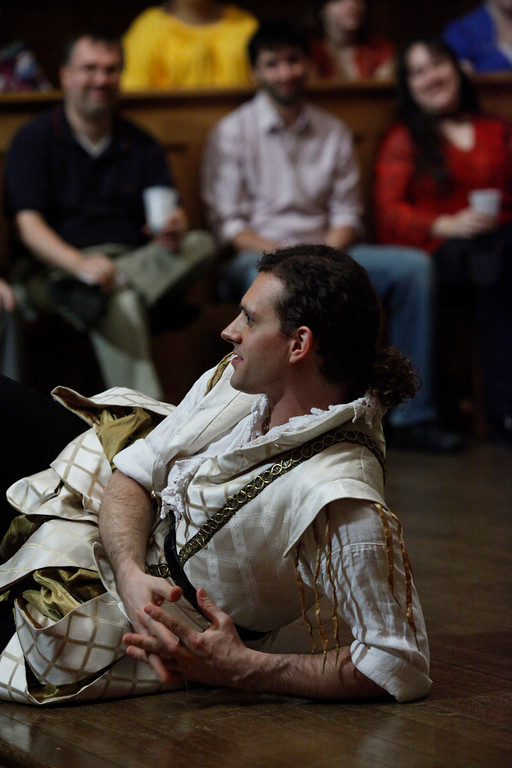 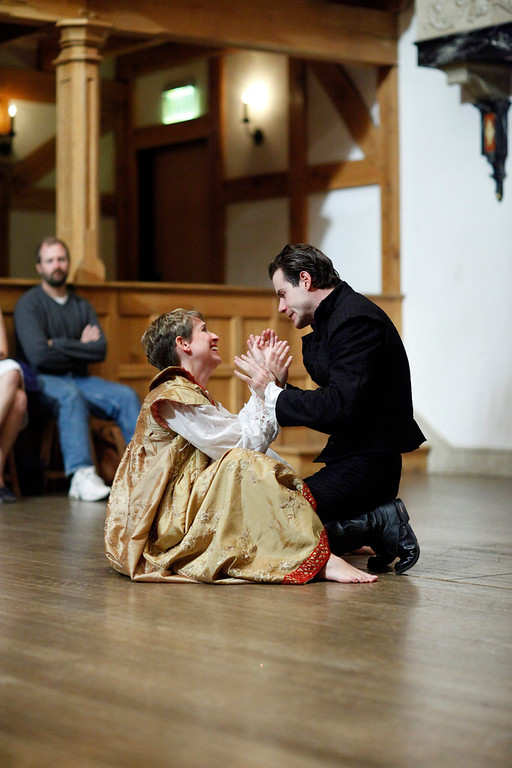 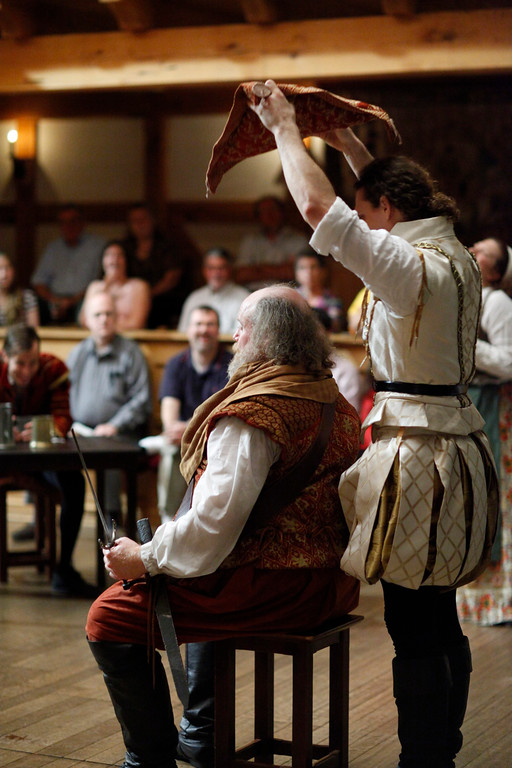 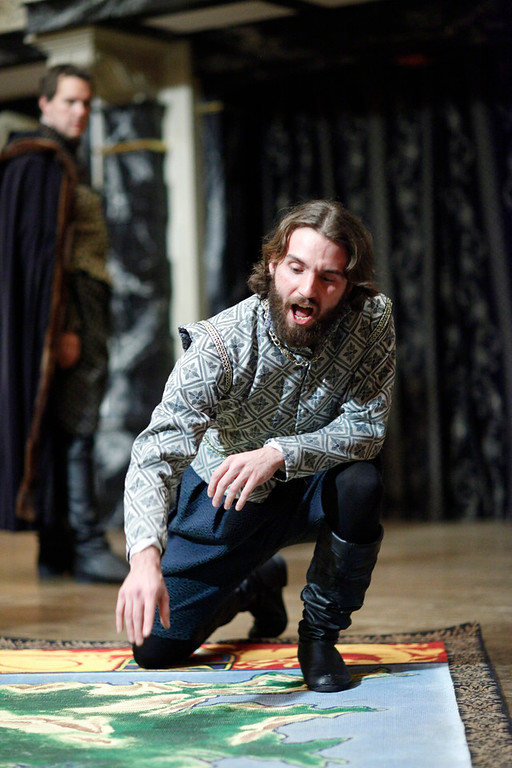 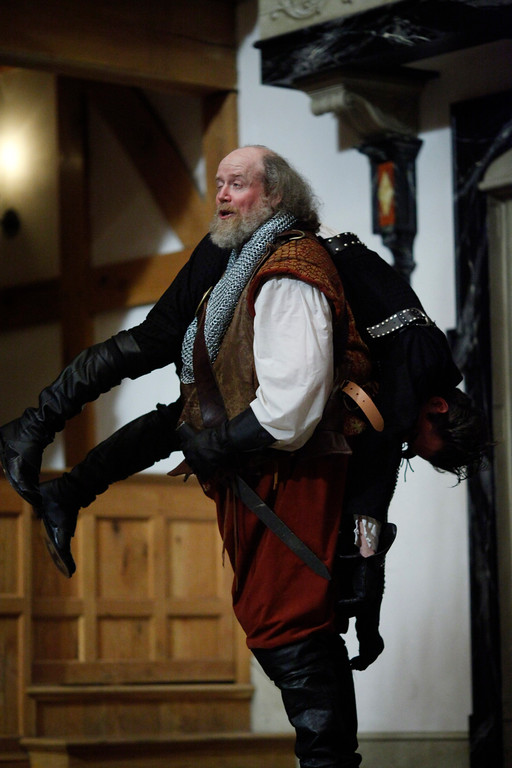 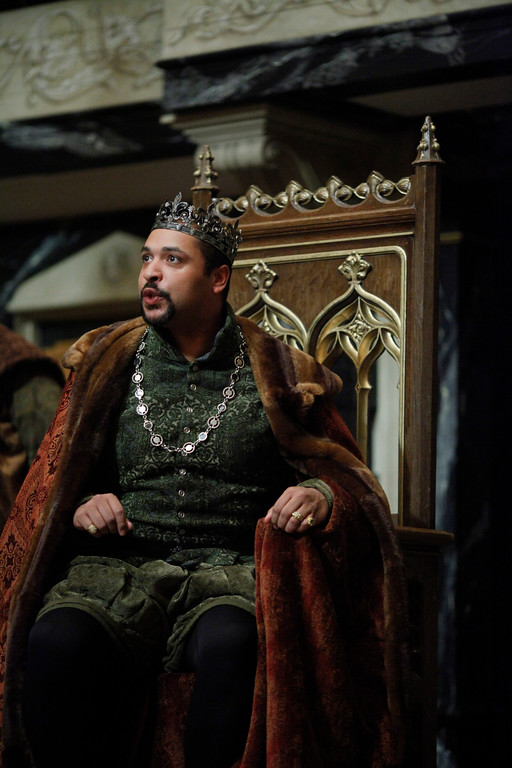 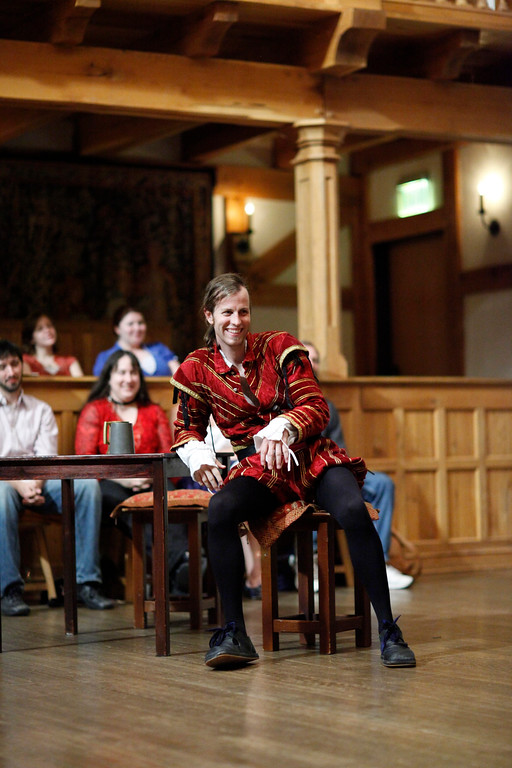 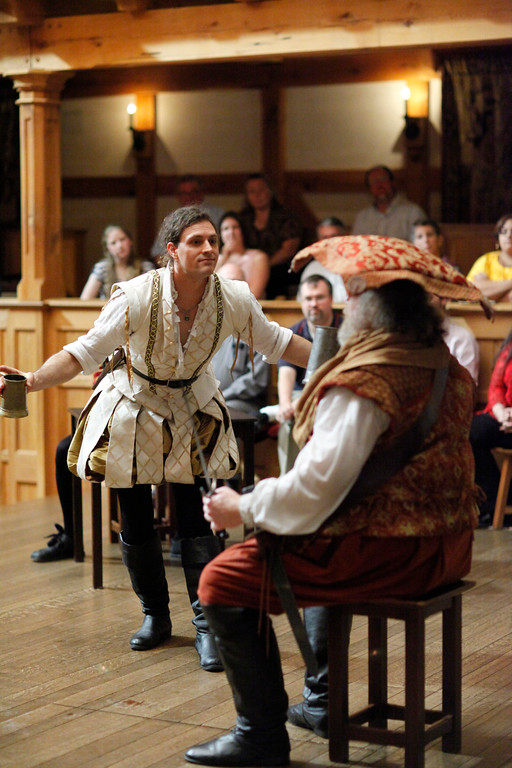 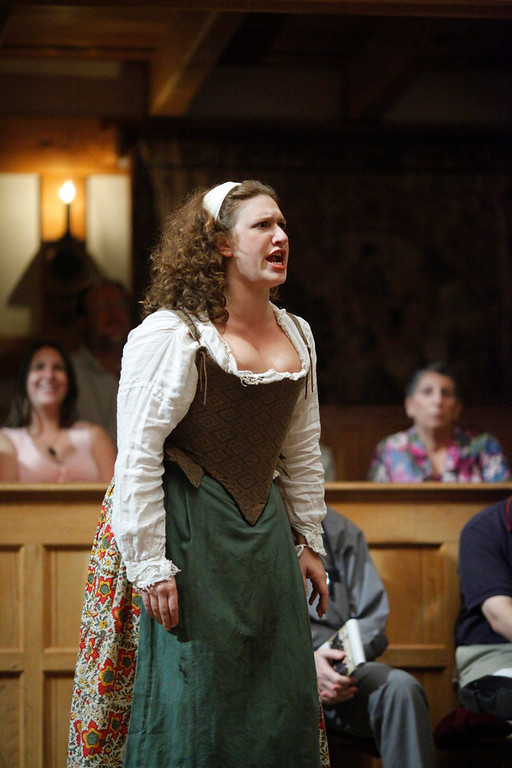 At the end of the second scene of Henry IV, Part 1, Prince Hal, alone with the audience, explains that, “I’ll so offend to make offense a skill, redeeming time when men least think I will.” That is, the prince plans to behave in a way that will lower expectations and therefore surprise people with his “reformation.” This moment is a remarkable expression of the idea that on some level we are all counterfeits who perform or lives for some audience or another.

In Prince Hal’s case, the audience he cares about seems to be both his disapproving father and the general public, both of whom have dismissed him as a wastrel or worse. King Henry keeps trying to perform the part of the good Christian king before the eyes of a public who nows too well he took his throne from the rightful rule, Richard II, and before the eyes of a god who holds him accountable for Richard’s murder. Hotspur (Harry Percy) performs his life before some imagined panel of judges in a competition for the Manly Man Honor Award. Glendower seems to care most that he impress the ruling English, so he performs the part of Welsh magician, deriving his powers from the supernatural. All these characters act each moment by the dictates of some larger script, mindful of the “arc” of their story.

But the play’s greatest performer, Falstaff, is the man who simply acts in the moment, heedless of any audience that might judge him in the long run. In a way, he brings together two of the most famous instructions given to actors: say everything as though your life were at stake and, in improvisation, say “yes” to whatever you are given. Falstaff’s brain and heart work instantaneously in any situation, alive to everyone around him at the moment and contemptuous of the past and te future. When the Prince confronts Falstaff in the tavern with proof that rather than having fought off a hoard of robbers as he bragged, he had run away from the disguised Prince, Falstaff dismisses his shame by claiming – against all evidence – that he knew all along it was the prince and did not want to kill the heir apparent. And when Douglas, the Scots warrior, confronts Falstaff on the battlefield, Falstaff counterfeits dying and then explains to the audience that the “better part of valor is discretion” and it was time to counterfeit.

Always he performs for the audience in the present – for those on stage, yes, but especially for those around it. I think this is one reason that audiences love Falstaff so much (and that readers have a hard time understanding his appeal). We sense that, besides himself, no one is more important to him than us, the audience. Except, perhaps, for the Prince. That caring about someone outside himself and beyond the present moment is Falstaff’s Achilles heel, and – spoiler alert – at the end of the second of these two great plays that caring will destroy him and break our hearts. But, for now, enjoy all the counterfeiting in the play and, if later on you feel like being very, very deep, ask yourself why being a counterfeit is the “true and perfect image of life itself.”