By WILLIAM SHAKESPEARE AND JOHN FLETCHER

Rich, sexy, virile, powerful. Henry Tudor has everything. Everything except a male heir. Resolved to dissolve his marriage to Katherine of Aragon, Henry attempts to bend the church to his considerable will to grant him what he desires. Shakespeare and Fletcher’s dazzling play concludes the saga of the Kings of England with the story of one of its most fascinating monarchs — and the birth of one of its most glorious, Elizabeth. 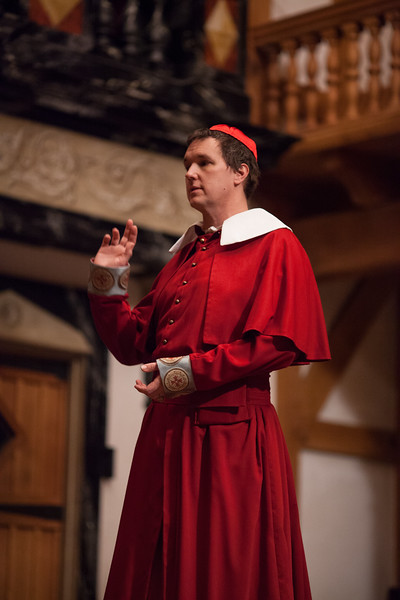 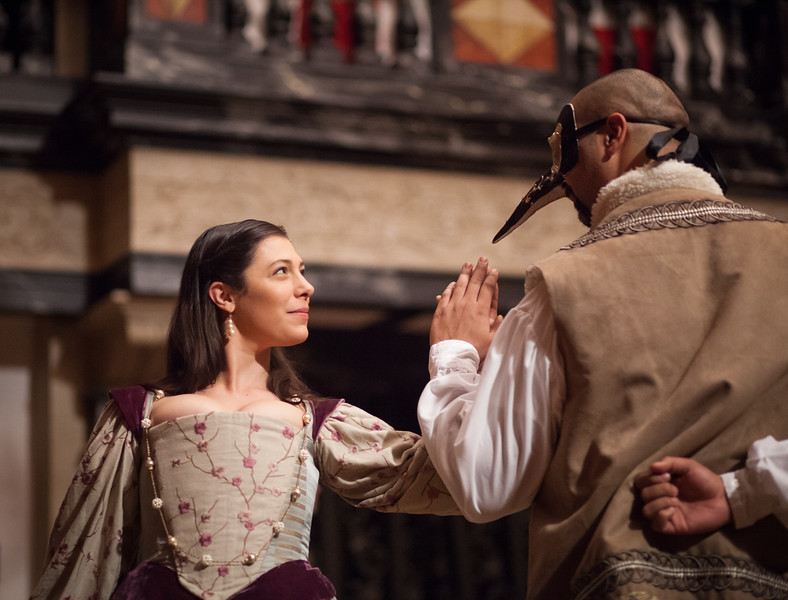 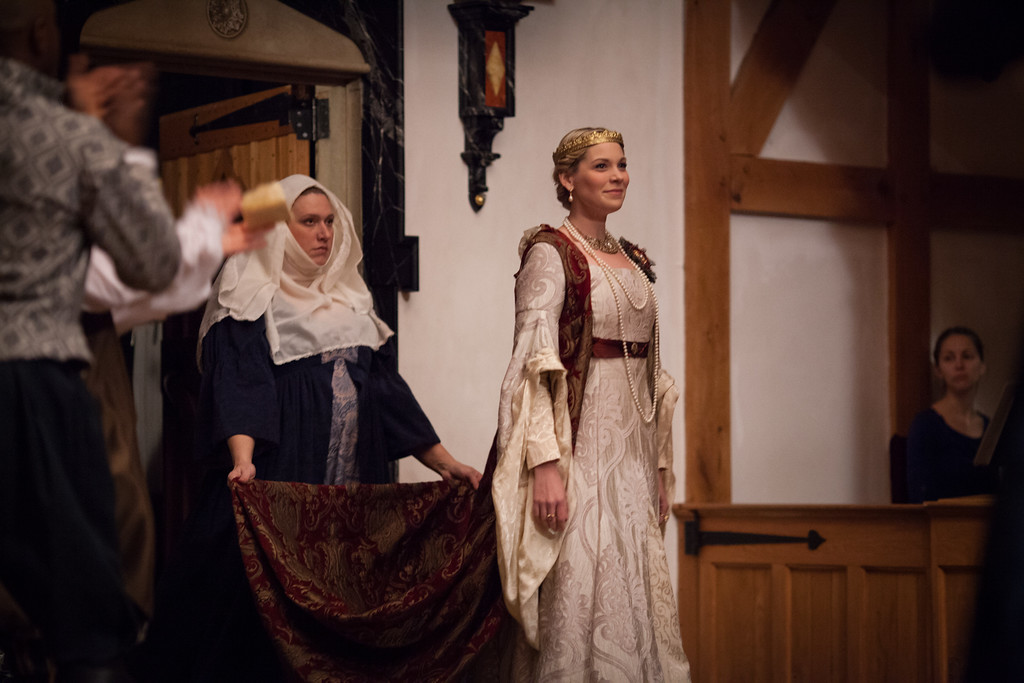 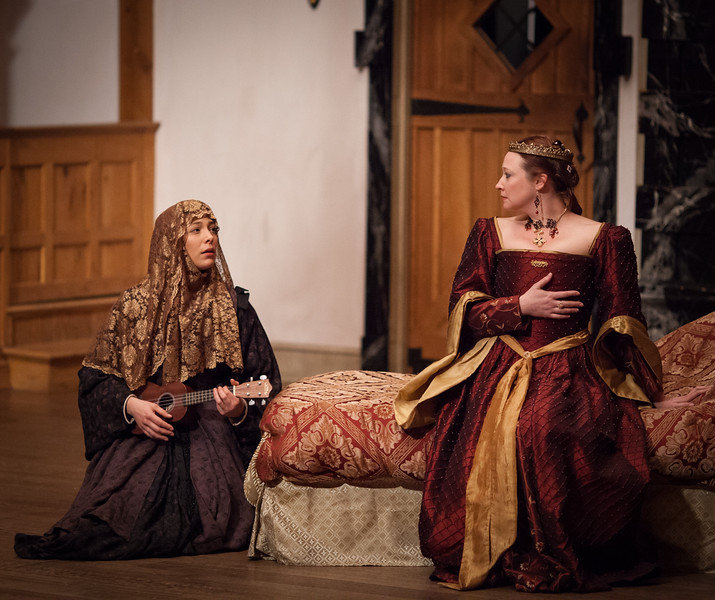 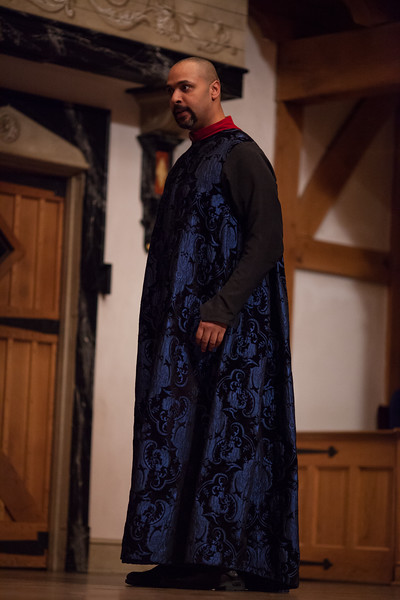 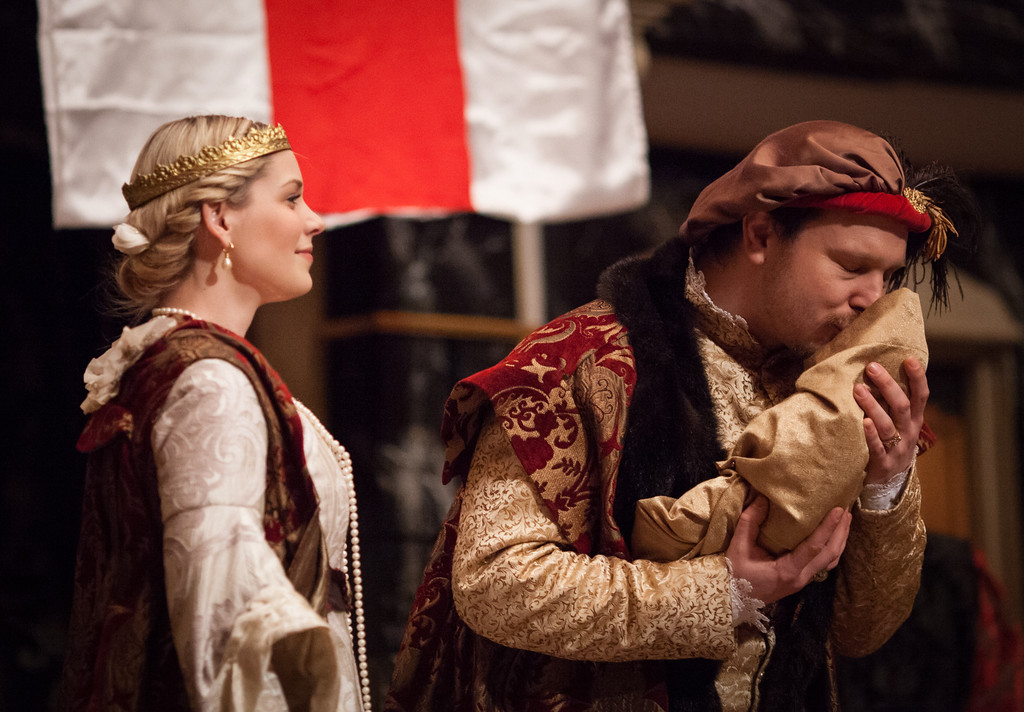 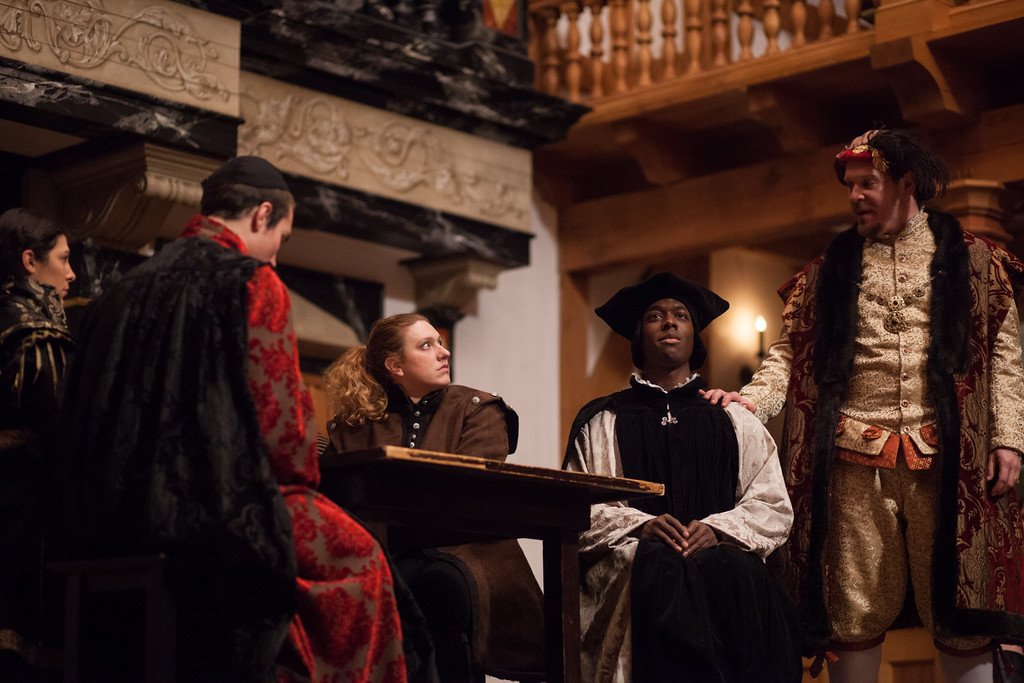 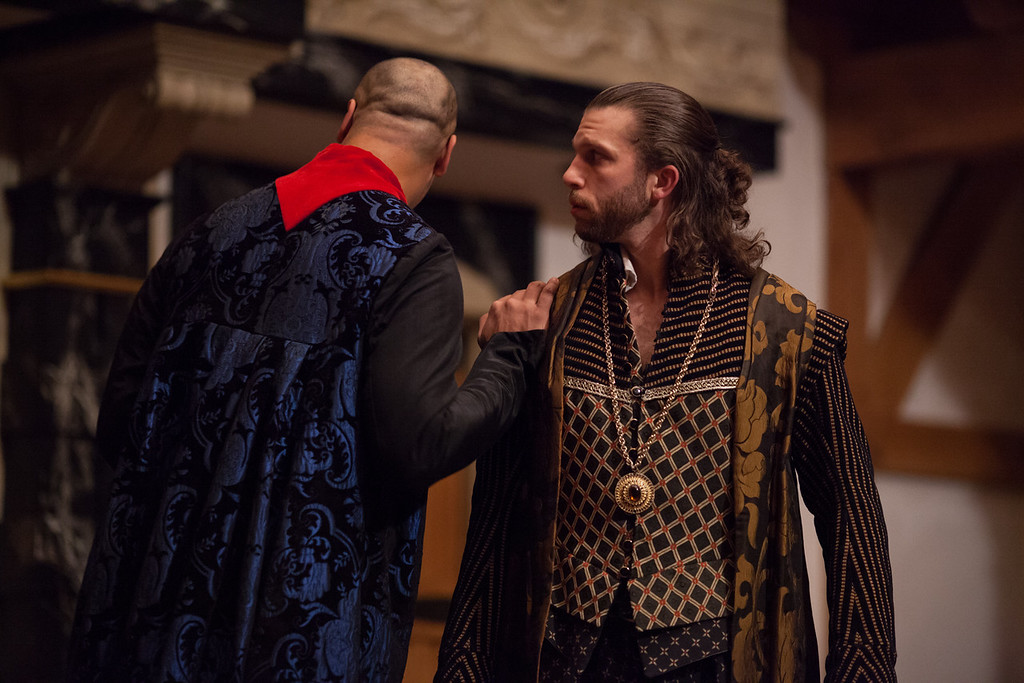 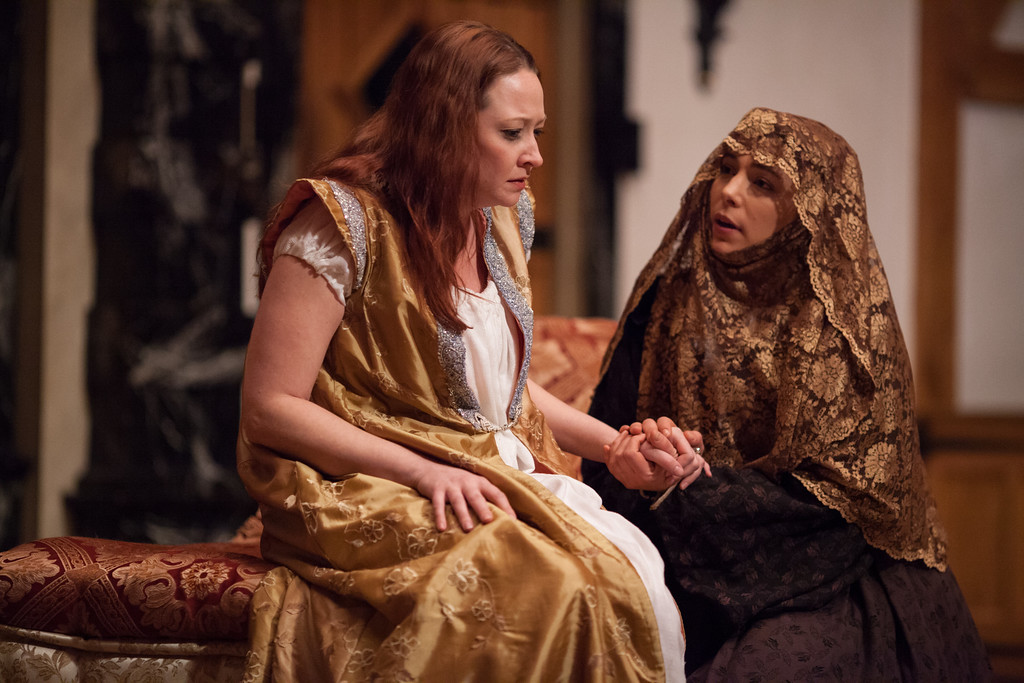 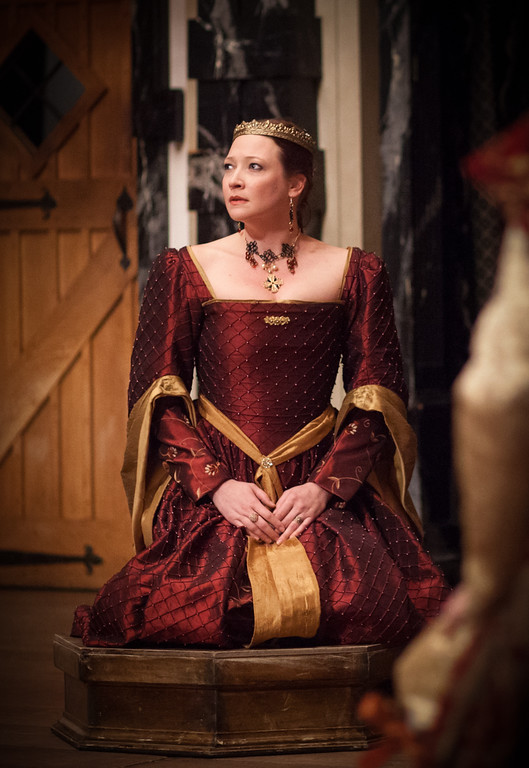 1. When was the play first peformed?
The first recorded performance of Henry VIII, Or All is True was in 1613 when the play literally brought down the house when a spark ignited the thatch roof of the Globe and burned it to the ground.

2. Where was the play first performed?
It makes economic sense to assume the play opened at the Blackfriars Playhouse because 84 years earlier Henry VIII divorced Katharine of Aragon in a trial at the Blackfriars, and Shakespeare’s company would have wanted to stage the most important break-up in English history in the very building where it had taken place – Marketing 101.

3. How does the play fit into Shakespeare’s career?
At the end. Shakespeare, in semi-retirement in Stratford, collaborated on the play with John Fletcher, who succeeded Shakespeare as the company’s playwright.

4. How is this play like Shakespeare’s other plays?
Shakespeare wrote ten plays about English history, and with this production the ASC has now staged all of them. All of his history plays see a pattern – providential or ironically cyclical – in the story of the English kings. And then there’s Katherine, another of Shakespeare’s strong women.

5. How is this play unlike other Shakespeare plays?
More spectacle, less scandal. Shakespeare and Fletcher needed to worry about how King James I and his court would feel about their play. Show too much sympathy for the Catholic Katherine and they offend the reformists around James; show too little and they offend the King’s high church advisors. As a result, the play deals delicately with the peccadilloes of Henry VIII and – uncharacteristically for Shakespeare – makes him smaller not larger than life.

6. What do scholars think about this play?
They admire it for its navigation of the politics of the period. Because of its subject mater and its spectacle, the play was more popular in the 19th century than in the 20th, but interest in the play has revived with the Royal Shakespeare Company’s 1996 production, and in the last three years there have been successful productions at the Globe and the Folger.

7. Are there any controversies surrounding the work?
Scholars have spent some time trying to work out which parts Shakespeare wrote and which parts Fletcher.

8. What characters should I especially look out for?
Katherine is a great role, and Wolsey is a fine “villain.”

9. What scene should I especially look for?
The trial at the Blackfriars, of course.

10. What is the language like?
Abundant. Sometimes business-like (perhaps a trifle clerical) and sometimes playful.