Harry Horner has a plan. To bed as many of London’s finest lasses as possible, Harry spreads the rumor that he is…unable to perform. Readily gaining entrance to their chambers, Harry’s plan is brilliantly discharged. Meanwhile, the charming, naive, beautiful, but ever-so-lusty country wife, Margery Pinchwife, comes to the city to seek her own pleasures. William Wycherley’s rollicking sex comedy is one of the supreme delights of the Restoration. Deemed too dirty for 18th- and 19th-century audiences, The Country Wife will have Blackfriars audiences revelling in the joys of this deliciously filthy farce. 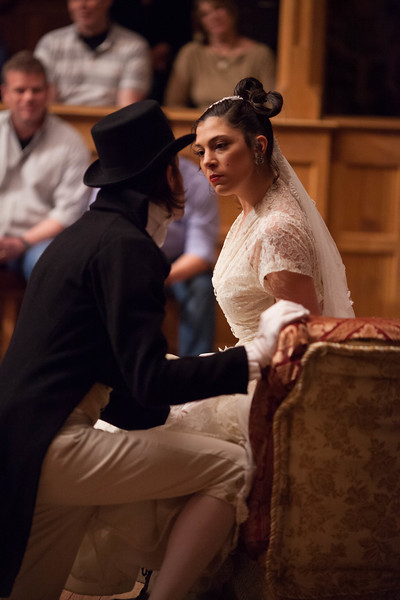 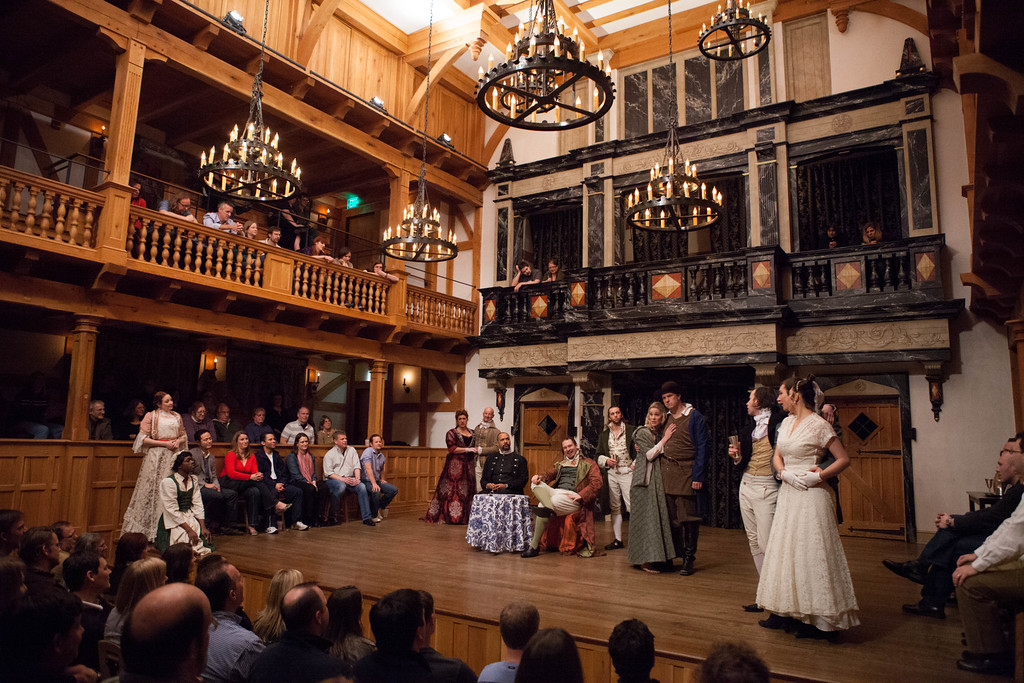 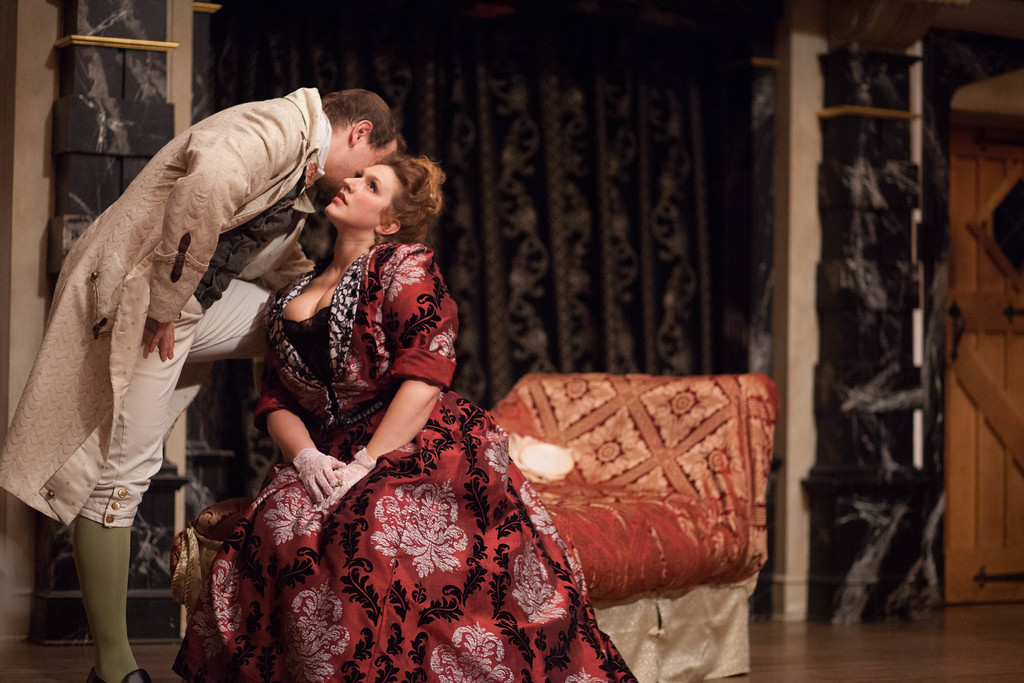 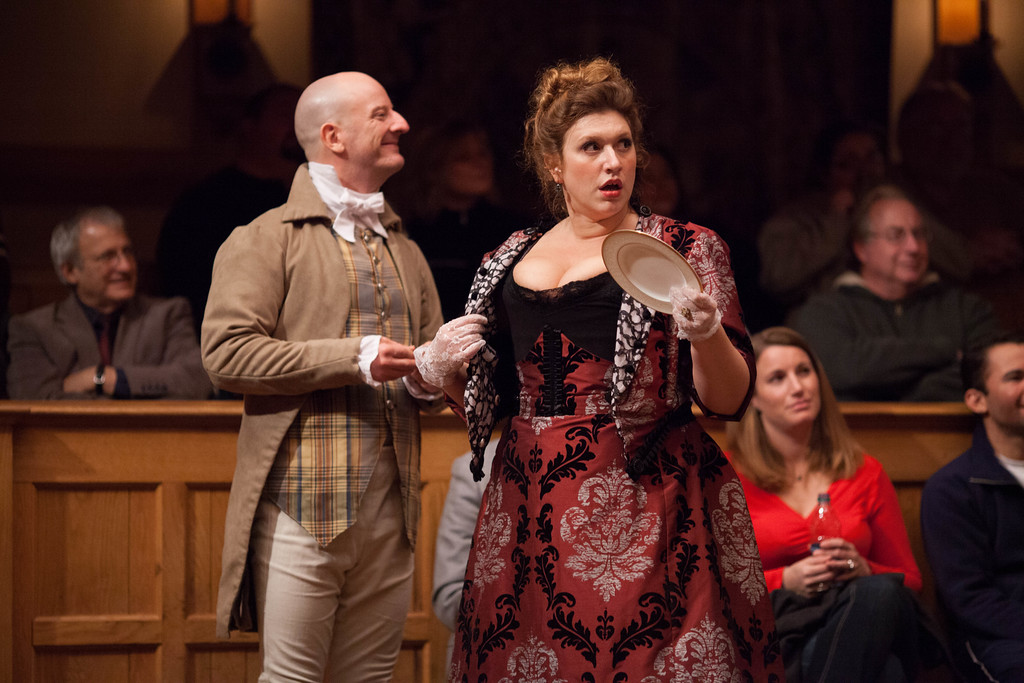 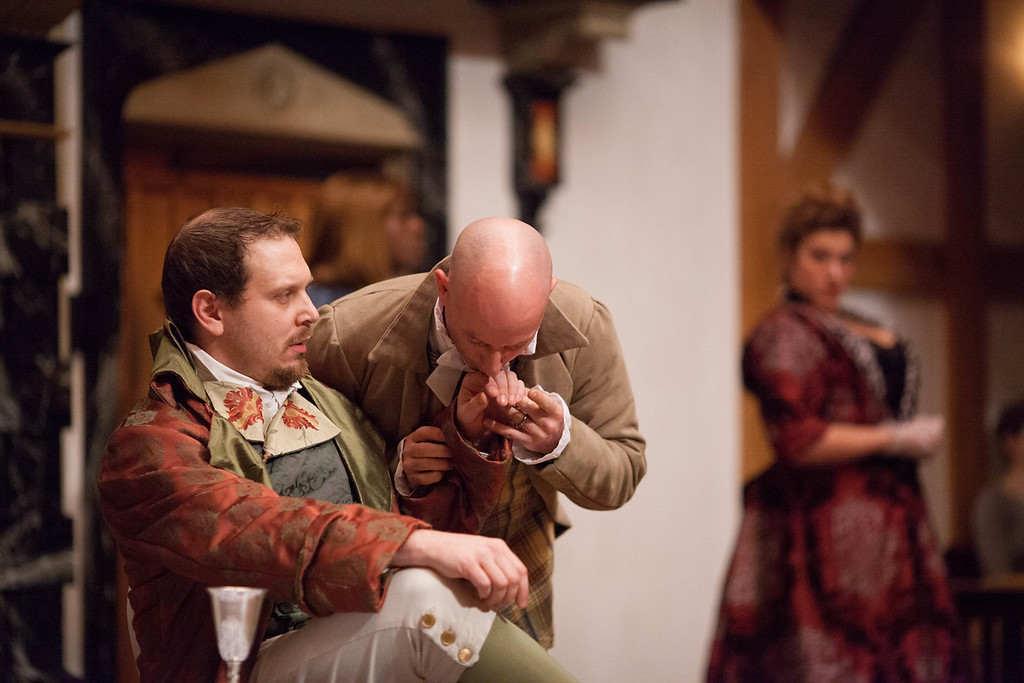 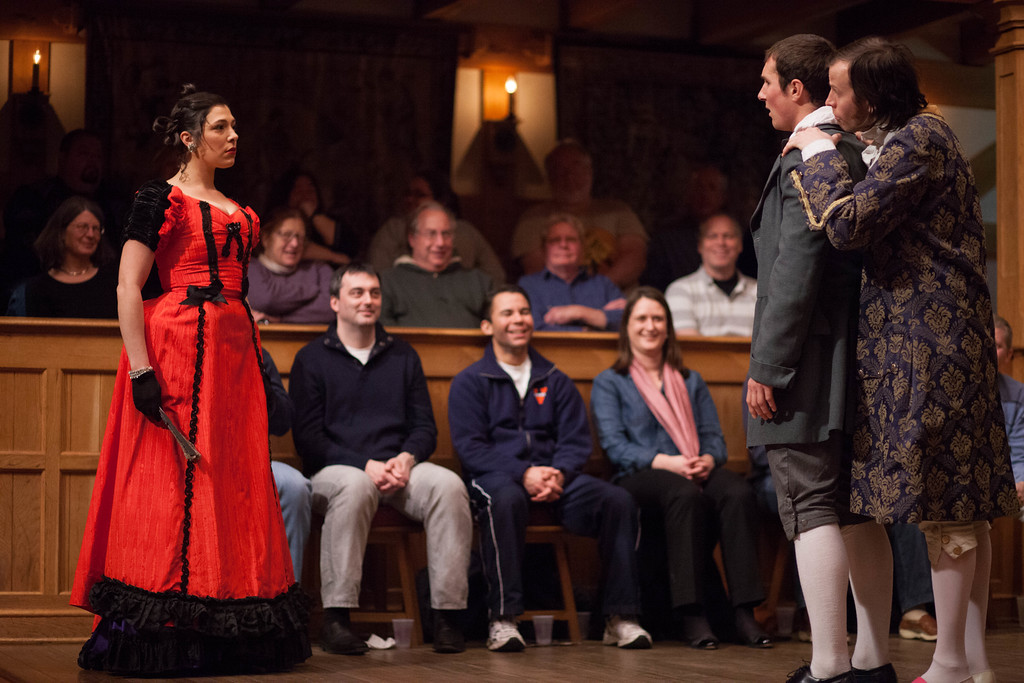 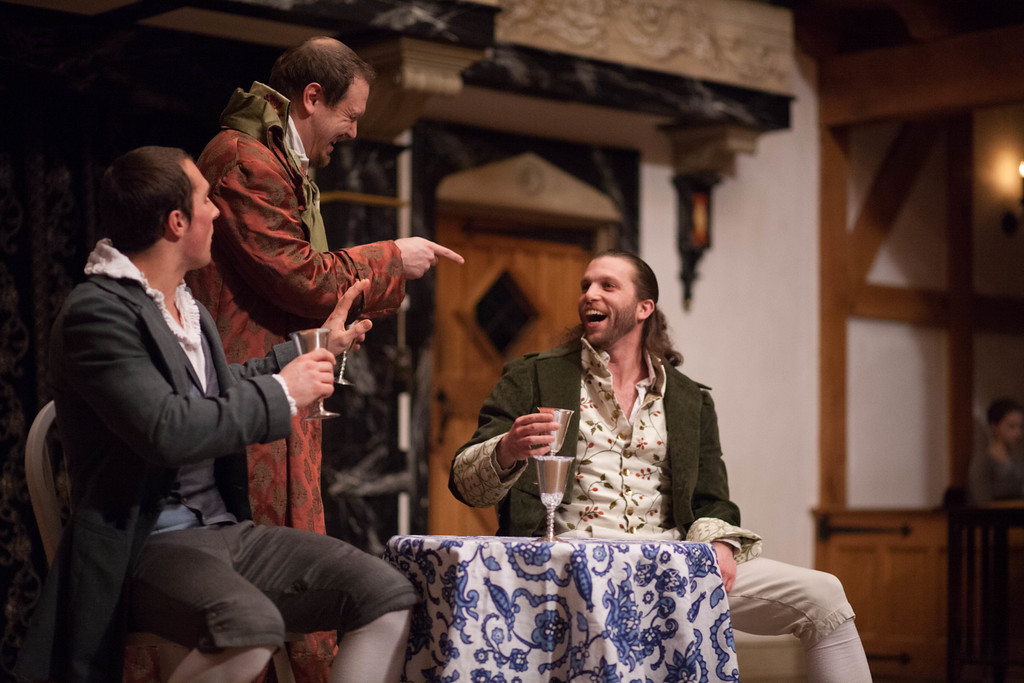 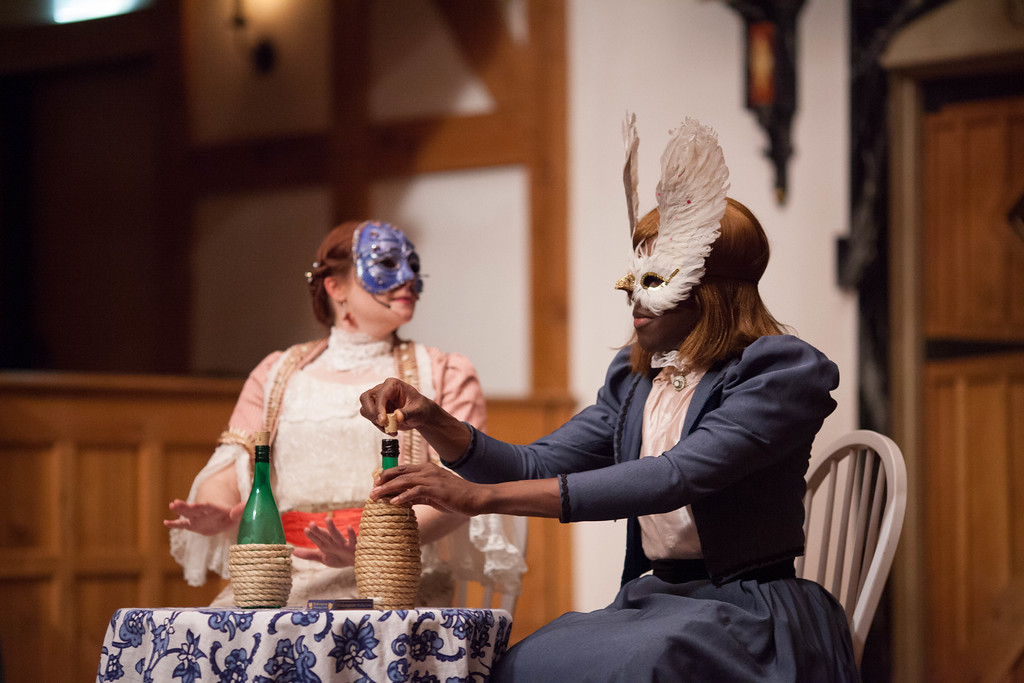 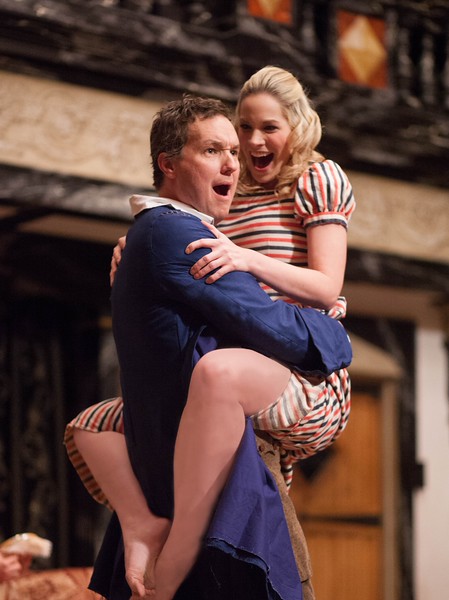 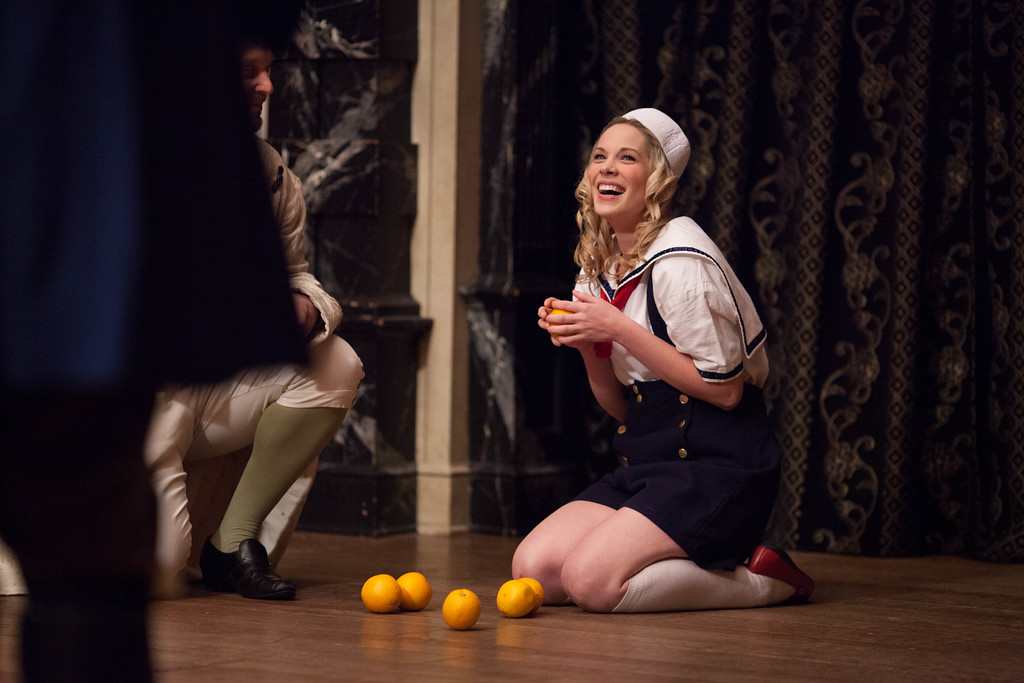 2. Where was the play first performed?
At the rebuilt Theatre Royal, Drury Lane. The first Theatre Royal (1663) burned down and famed architect Christopher Wren replaced it (1674) with a 2000-seat theatre that was demolished in favor of an even larger fourth (1794), which burned down in 1809 to be replaced in 1812 by the one that is there today (as I write this, showing Shrek, the Musical).

3. Who wrote it?
William Wycherley (1640-1731), who studied in France and, shortly before the Restoration of the monarchy, returned to England with a love of French drama and strong anti-Puritan sentiments to match. Both these dangerous dispositions are on display in The Country Wife and The Plain Dealer, Wycherley’s other big success.

5. How is this playwright unlike Shakespeare?
In Wycherley’s play’s, as in most Restoration comedy, lust and greed obscure other features of humanity. This narrowed focus is appropriate to the Restoration when playwrights, influenced by the French theatre, cared about the classical rules of drama that separated comedy and tragedy, rules Shakespeare notoriously ignored.

6. What do scholars think about this play?
They think it one of the best plotted of the Restoration comedies and the one most like Molière (from whom it steals a subplot).

7. Is there any controversy surrounding the work?
Even its title (using the same bawdy pun Hamlet makes when he asks Ophelia, “do you think I meant country matters?”) makes clear the play is a sex comedy; so, it comes as no surprise that the 18th-century reformers used it as exemplar of the evils of the stage. As to the 19th century, here is what essayist Thomas Macaulay had to say: “Wycherley’s indecency is protected against the critics as a skunk is protected against the hunters. It is safe, because it is too filthy to handle and too noisome even to approach.”

8. What characters should I especially look for?
If you are an unsentimental womanizer, Harry Horner (pun intended) is the ultimate avatar.

9. What scene should I especially look for?
The “china scene” (vaguely reminiscent of the assignation scene in A Mad World, My Masters with its offstage “dialogue” and the “prunes” in Measure for Measure) is a masterpiece of sexual innuendo.

10. What is the language like?
Not far (75 years) from the witty language of Shakespeare’s Much Ado or Middleton’s A Trick to Catch the Old One, the language of the play seems closer to our own, mostly for its less infinite variety.