By WILLIAM SHAKESPEARE AND JOHN FLETCHER 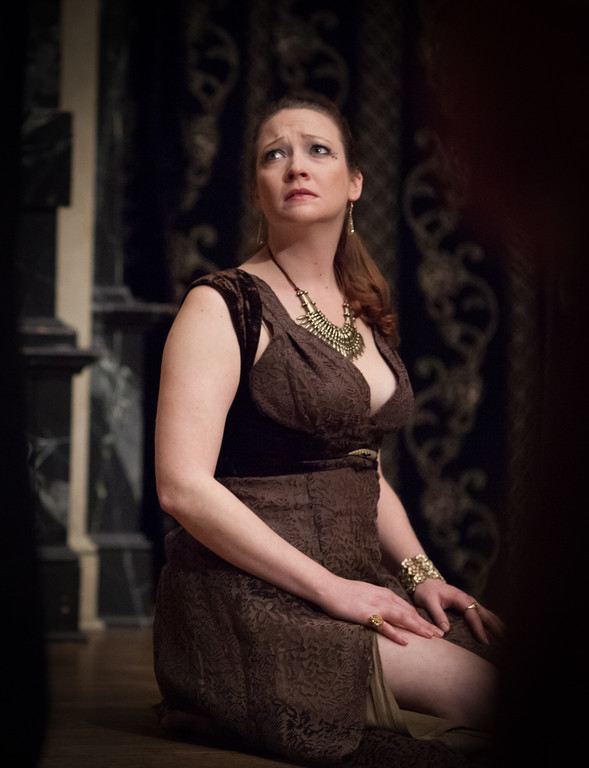 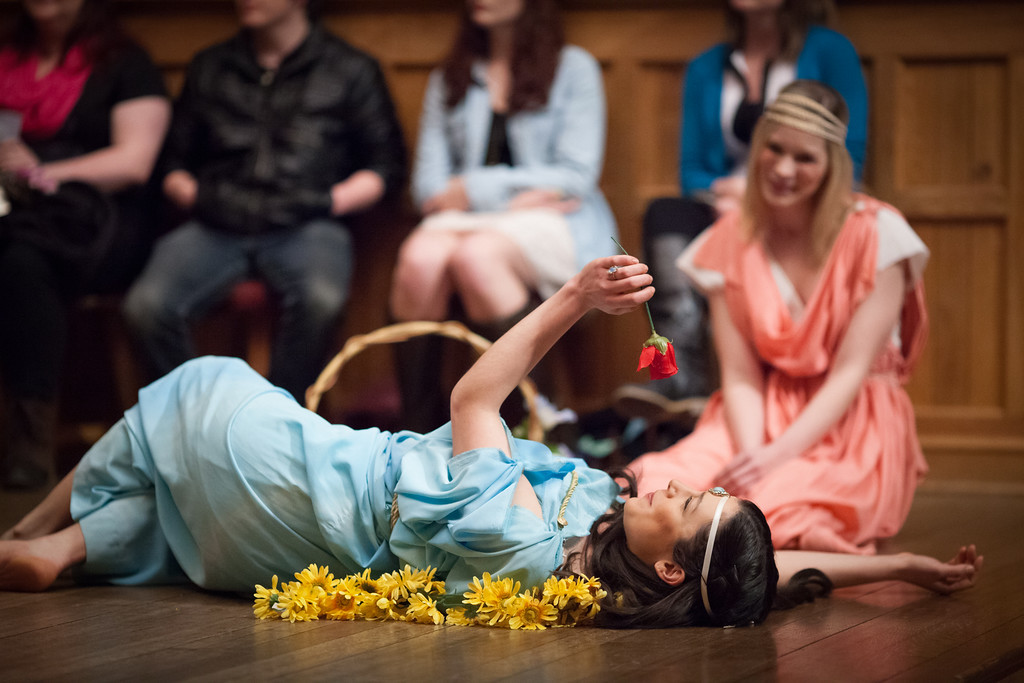 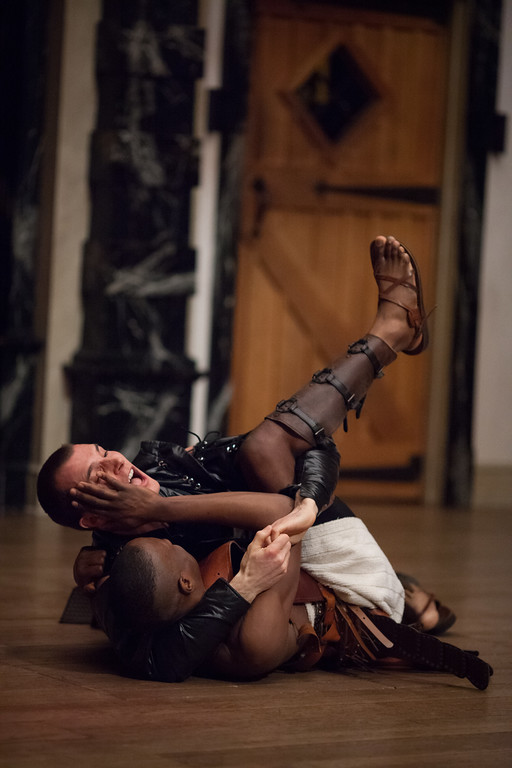 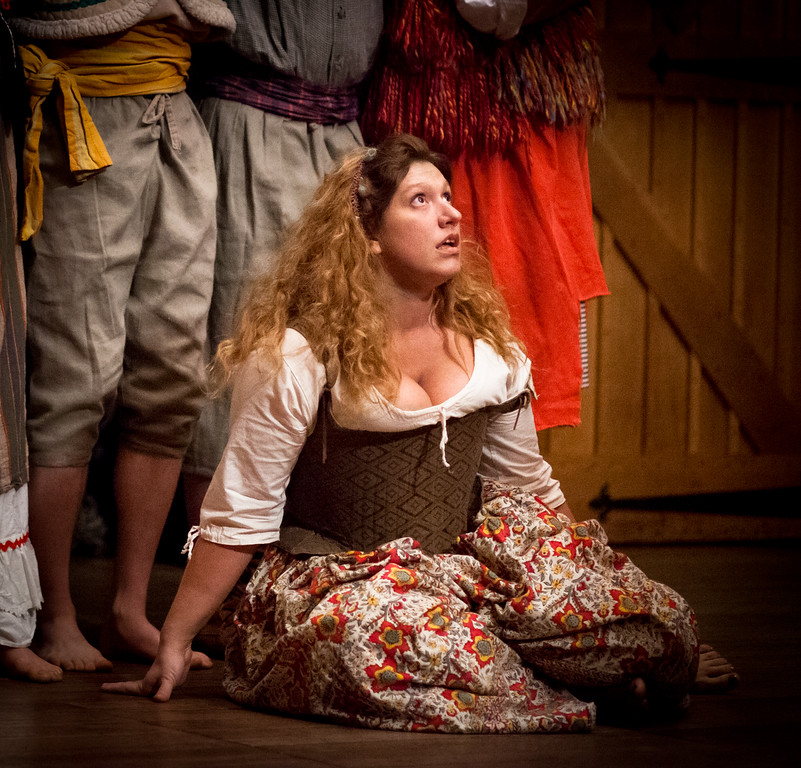 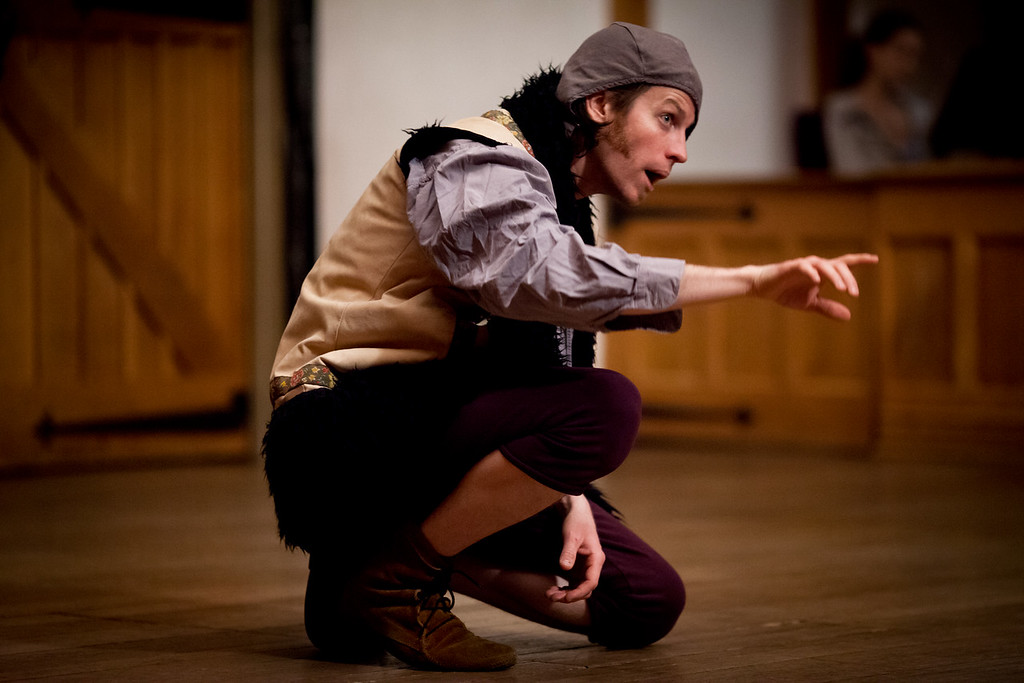 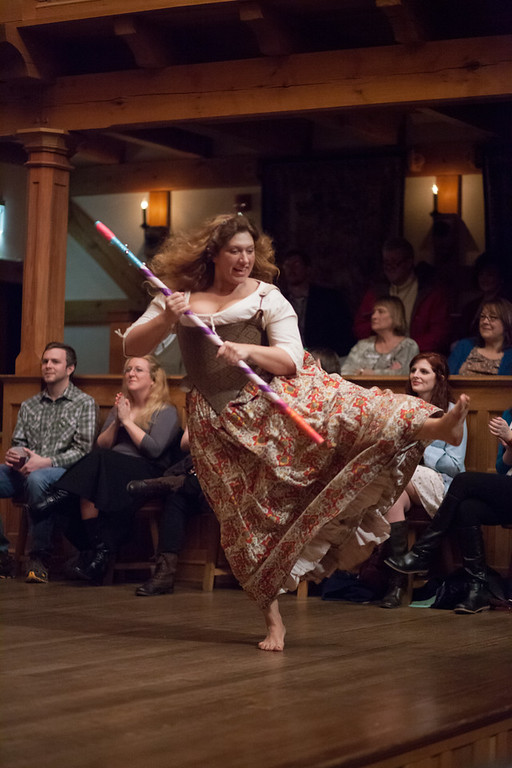 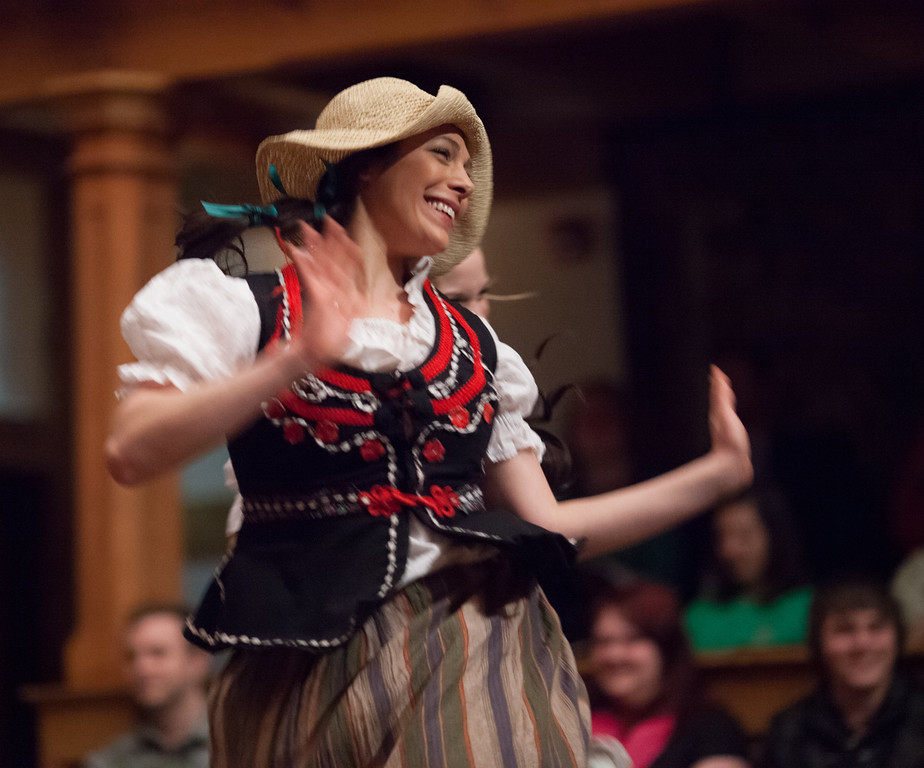 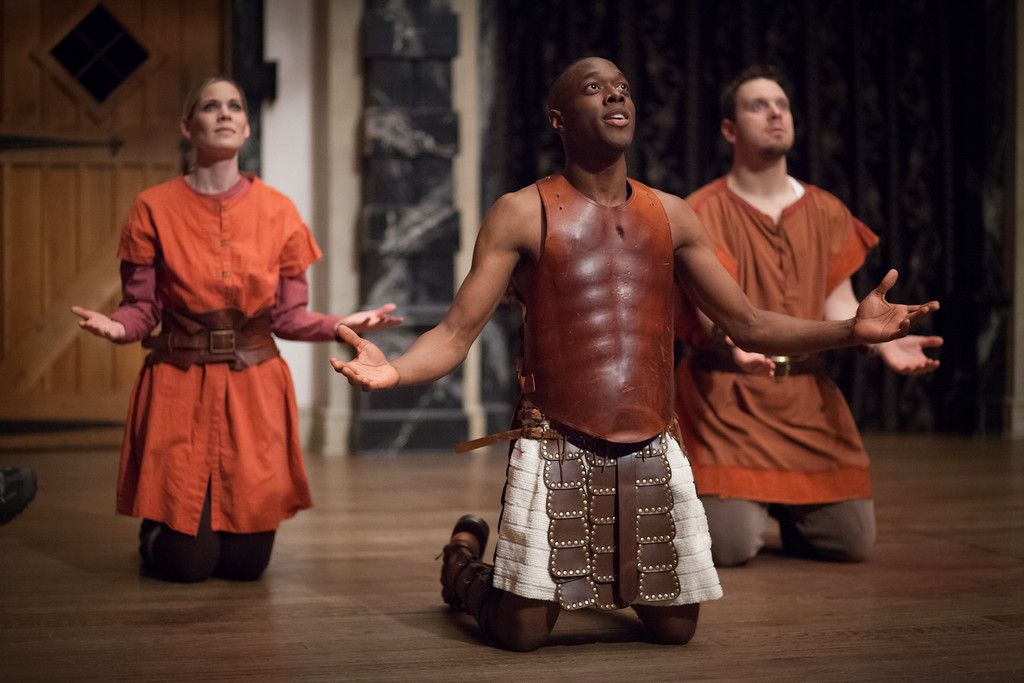 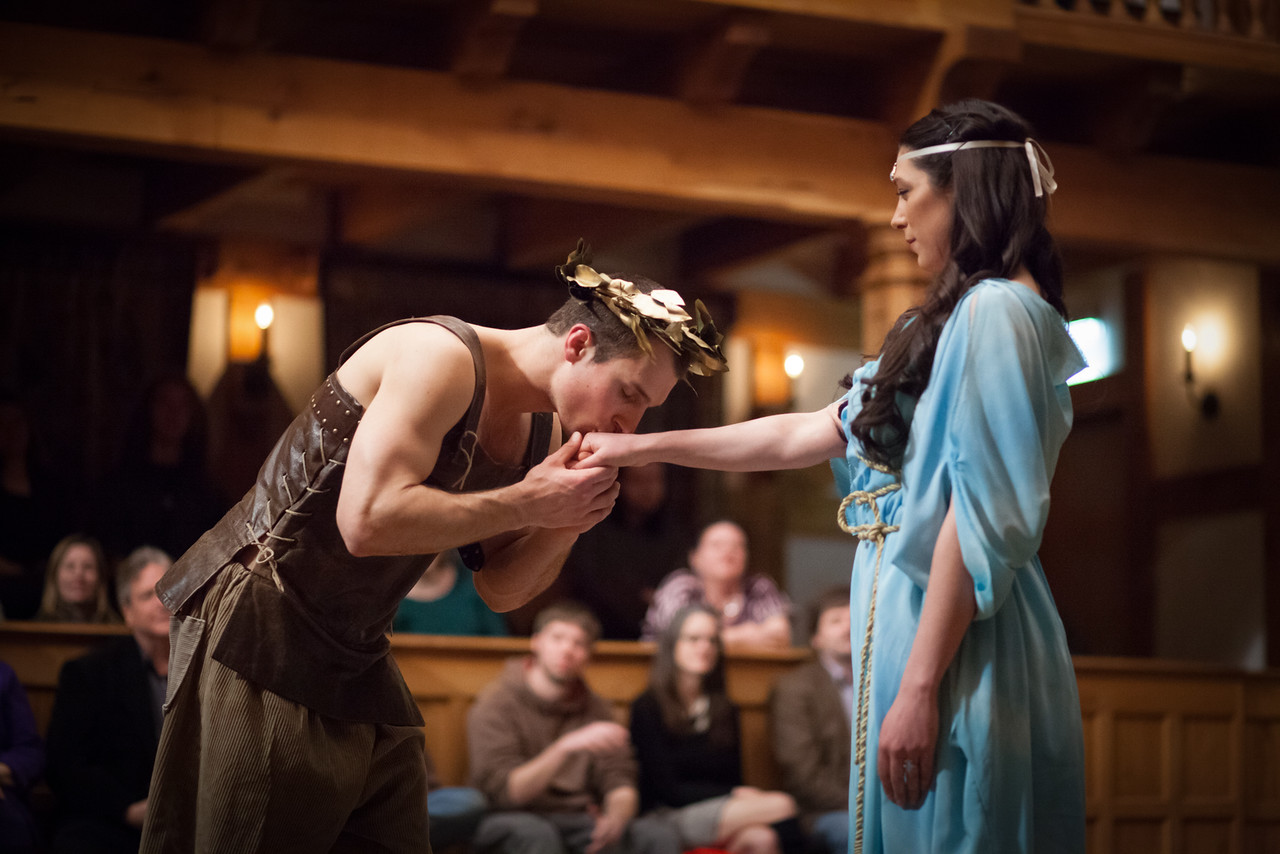 2. Where was the play first performed?
Probably the Blackfriars. The masque element, the delight in pageantry and spectacle, and the likelihood that this play was later presented at court all suggest a play aimed at the gallants who made the Blackfriars the place to be.

3. How does the play fit into Shakespeare’s career?
Could be his last. He was “retired” and more of the play is John Fletcher’s than his. He probably is responsible for the first part of the play and the last, but everywhere Fletcher is borrowing heavily from Shakespeare’s earlier work.

4. How is this play like Shakespeare’s other plays?
It makes imaginative use of classical sources; it mixes comedy and tragedy; it looks with a wry smile at young male love and with a sympathetic one at young women in love. The play reminds us that, by this time, these features are evident in much of the work of his contemporaries, and that the influence between him and his contemporaries flowed both ways.

5. How is this play unlike other Shakespeare plays?
Tough question. It has a structure similar to A Midsummer Night’s Dream, and, like that play and Pericles, it cheerfully mixes the English and Classical worlds, but yet it seems more of a fairy tale.

6. What do scholars think about this play?
They have a growing admiration for it, and theatres are beginning to produce it more regularly. Because The Two Noble Kinsmen is not among the 36 plays in the First Folio and because “the cult of the author” had not yet begun to yield to the interest in collaborative work, this play has for many years been outside the magic circle of the “canon.” Now every edition of Shakespeare includes it.

7. Are there any controversies surrounding the work?
As with Henry VIII, scholars have spent some time trying to work out which parts Shakespeare wrote and which parts Fletcher.

8. What characters should I especially look out for?
In the wake of our 2012 Fall Season’s The Two Gentlemen of Verona, it’s fun to see how Arcite and Palamon are like Proteus and Valentine before them: initially guileless young men with man-crushes on each other until love of a woman drives them apart.

9. What scene should I especially look for?
My favorite single scene is the one in which the tow young men are in prison vowing eternal friendship and then spot Emilia in the garden below: but I also delight int he four times the Jailer’s Daughter appears for a monologue.

10. What is the language like?
A quarter of a century had gone by since audiences first heard Christopher Marlowe’s “mighty line” – the blank verse of iambic pentameter – and this play shows how playwrights had learned to vary it to all ocsassions.