When the spouses of Vittoria Corombona and the Duke of Brachiano discover their partners’ infidelities, revenge knows no bounds. Ambitious schemes, murderous plots, and devilish double-crosses run rampant in Rome as the lovers attempt to protect their affair. But, their safety is short-lived, and when the past finds them, it leaves a trail of bodies in its wake. 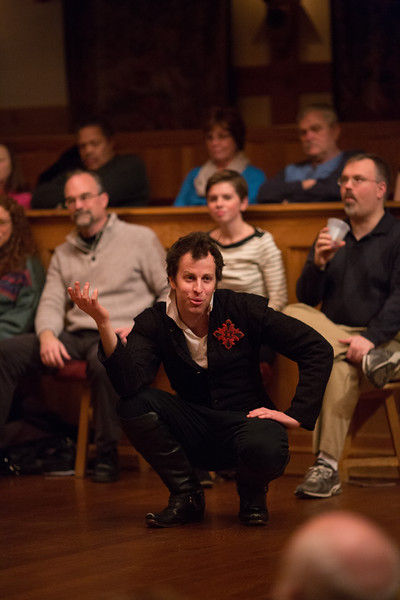 Chris Johnston in THE WHITE DEVIL. Photo by LINDSEY WALTERS. 2015. 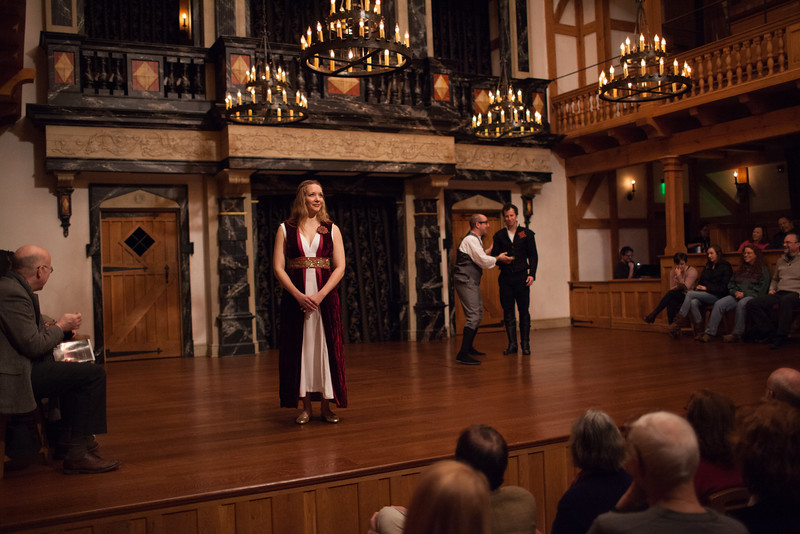 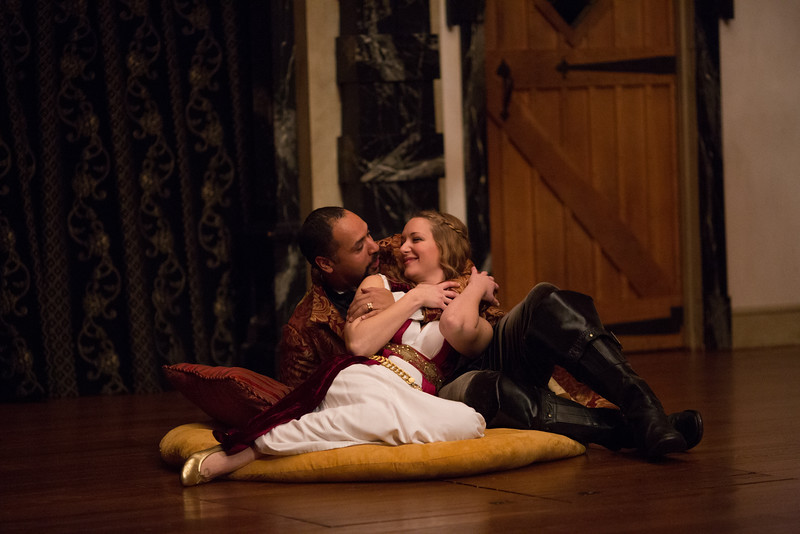 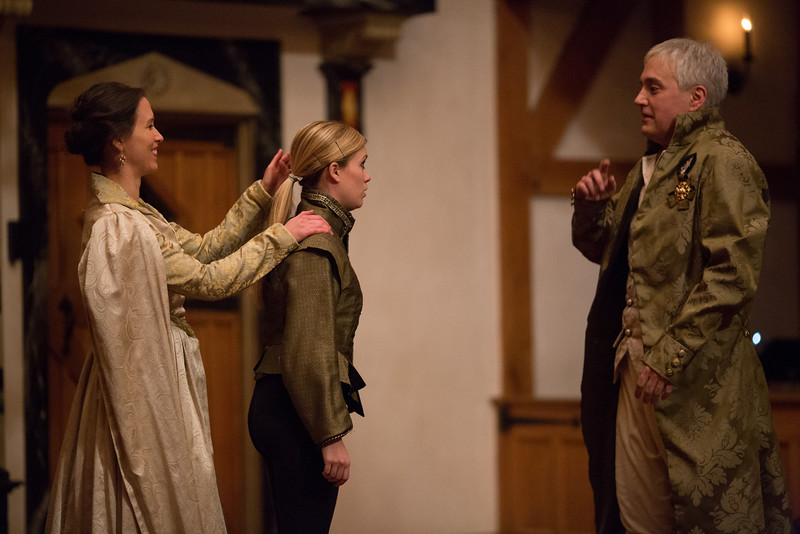 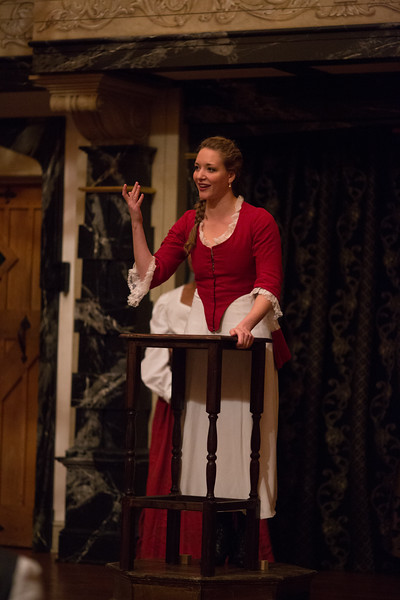 Sara Hymes in THE WHITE DEVIL. Photo by LINDSEY WALTERS. 2015. 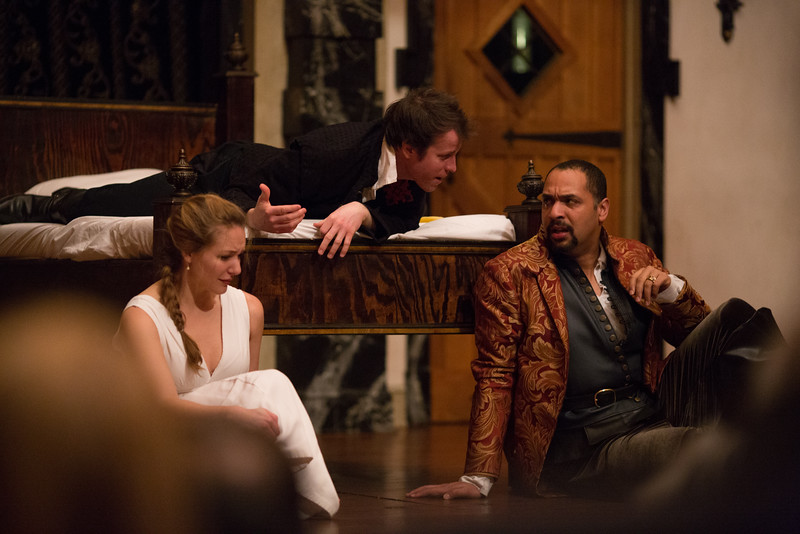 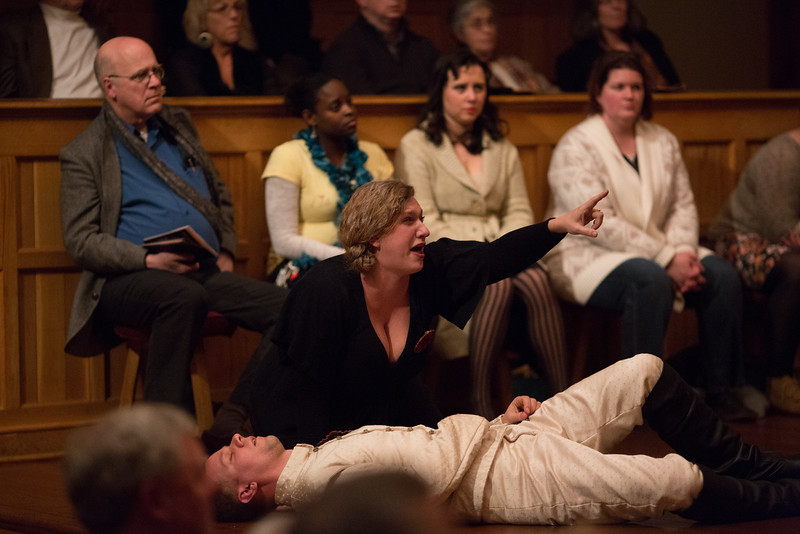 Allison Glenzer and Benjamin Reed in THE WHITE DEVIL. Photo by LINDSEY WALTERS. 2015. 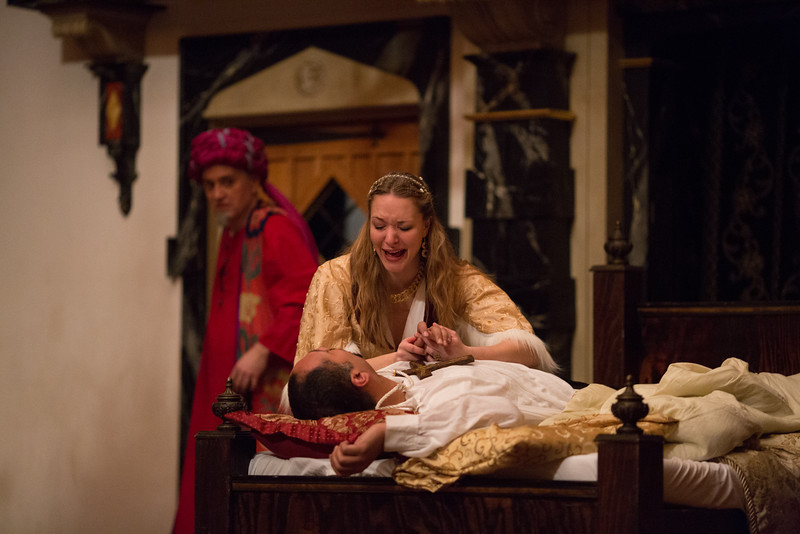 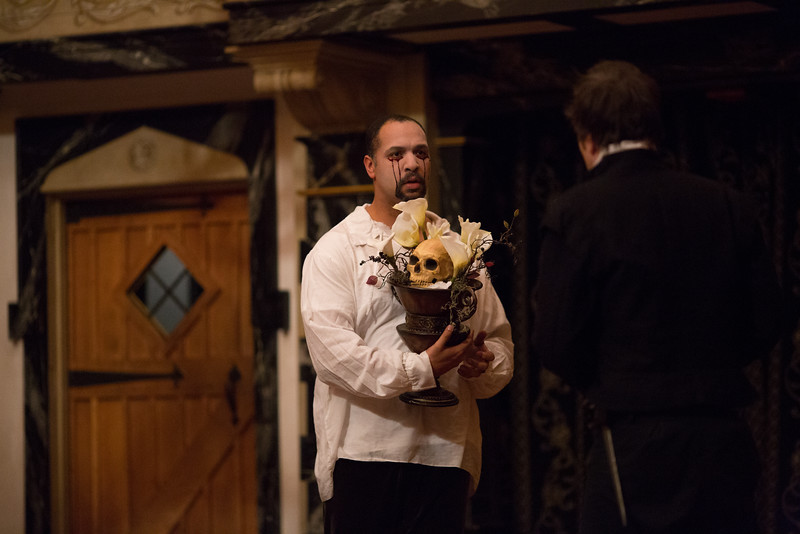 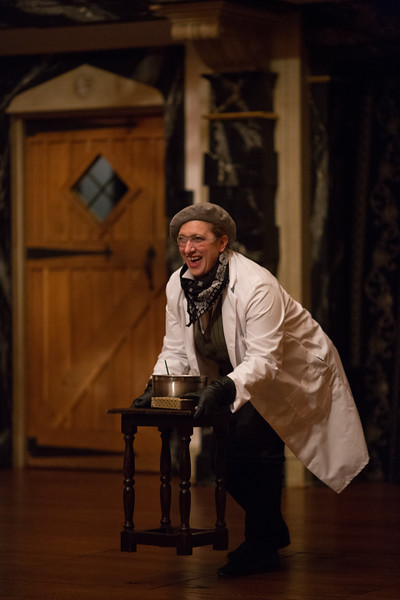 Allison Glenzer in THE WHITE DEVIL. Photo by LINDSEY WALTERS. 2015.

2. Where was the play first performed?
At the Red Bull Theatre by the Queen’s Anne’s Men. According to its author, this performance was a failure because “it was acted, in so dull a time of winter, presented in so open and black a theatre [Blackfriars envy – RAC], that it wanted a full and understanding auditory.”

3. Who wrote it?
John Webster, the son of a coach maker, likely born in the late 1570s in or near London. His other great Jacobean revenge tragedy is The Duchess of Malfi, which the ASC has twice produced.

5. How is this playwright unlike Shakespeare?
The film Shakespeare in Love (1998) perhaps sums it up the best when Shakespeare meets young Webster in a London alleyway.

BOY WEBSTER. When I write plays, they will be like Titus. I like it when they cut heads off. And the daughter mutilated with knives.
WILL. Oh. What is your name?
BOY WEBSTER. John Webster. Here, kitty, kitty.
He passes a white mouse to the cat and watches the result with sober interest.
BOY WEBSTER. Plenty of blood. That is the only writing.
WILL backs away, unnerved by the boy.
BOY WEBSTER (CONT’D). Wait, you’ll see the cat bites his head off.

6. What do scholars think about this play?
Many scholars view Webster’s work as the darkest and most amoral vision of humanity in the early modern period. In T.S. Eliot’s words, “Webster sees the skull beneath the skin.” The violence and pessimism of Webster’s tragedies have seemed to some analysts close to modern sensibilities.”

7. Is there any controversy surrounding the work?
Not really. The recent production at the RSC’s Swan in Stratford re-gendered the play and made Flamineo, Vittoria’s brother, into Flamineo, her sister…to little effect.

8. What characters should I especially look for?
Flamineo: his glee in duping, double-crossing, and destroying those around him makes him a villain on par with some of Shakespeare’s best. (See #4 above.) If you are reading this before the show, then my advice is that you pay close attention to Francisco, the Duke of Florence; not because he stands out but because he doesn’t. Webster has made him one of those master politicians – a Medici – who work best behind the scenes, sometimes quite literally.

9. What scene should I especially look for?
Vittoria’s trial scene, in which she takes on a room full of powerful men – Dukes, Lawyers, Priests – and makes fools of them, should have every woman in the Blackfriars standing to cheer.