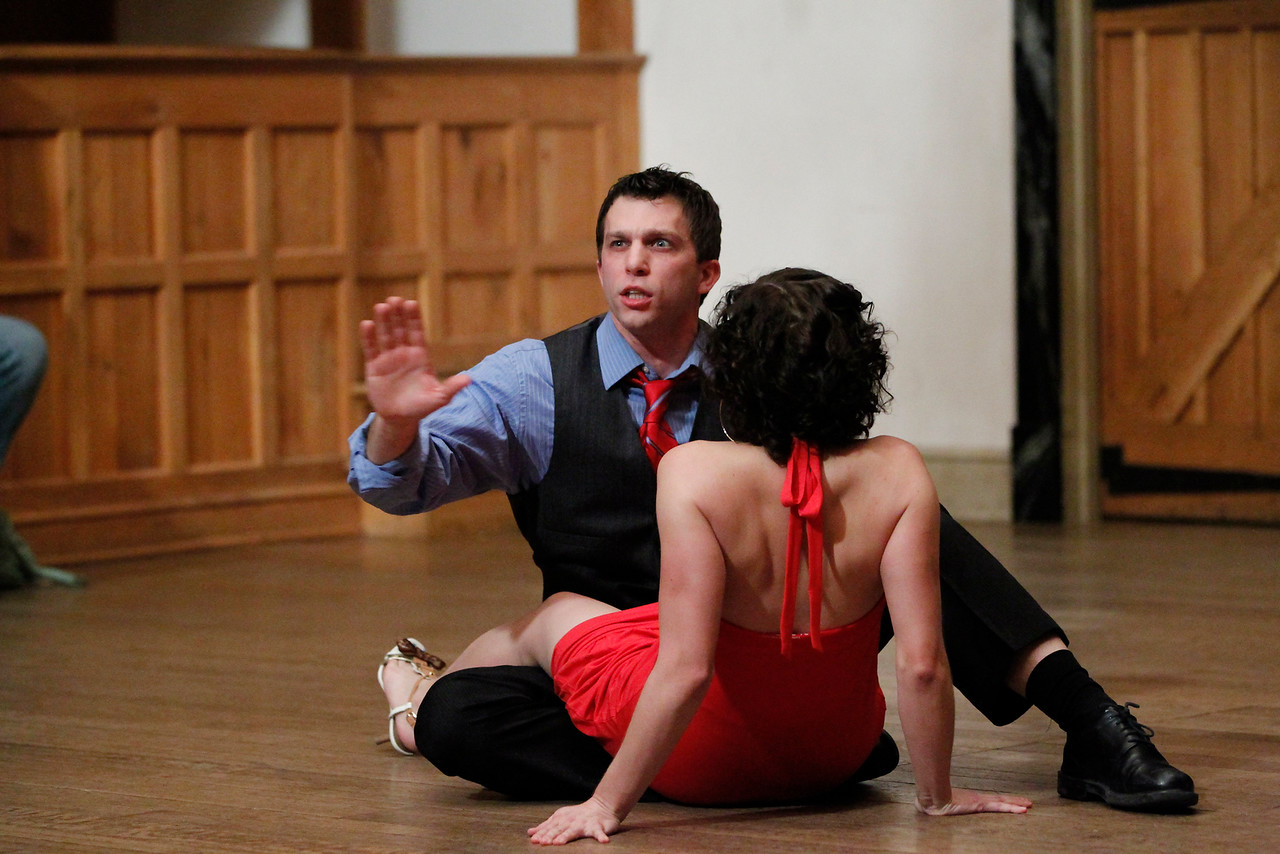 Gregory Jon Phelps and Miriam Donald in A TRICK TO CATCH THE OLD ONE. 2011. 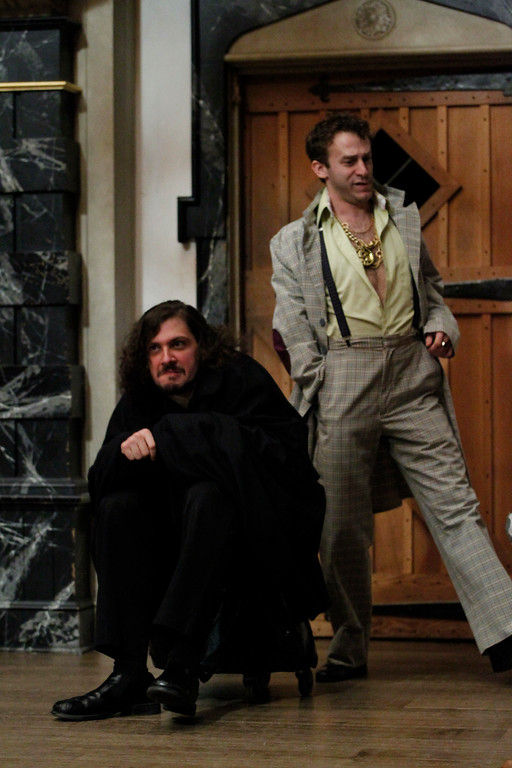 Paul Jannise and Tyler Moss in A TRICK TO CATCH THE OLD ONE. 2011. 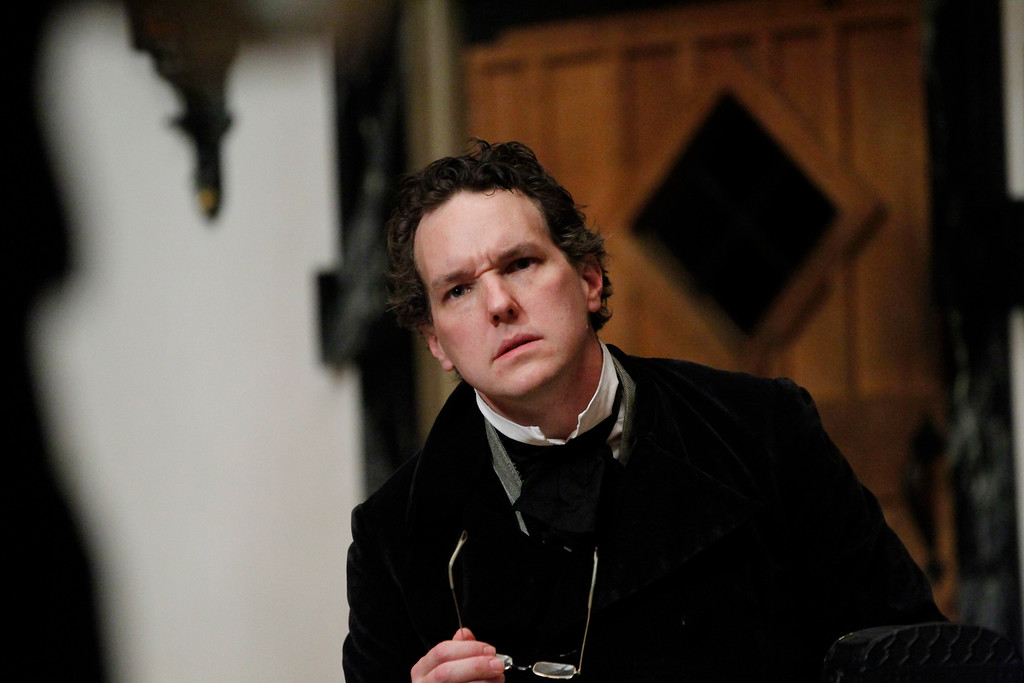 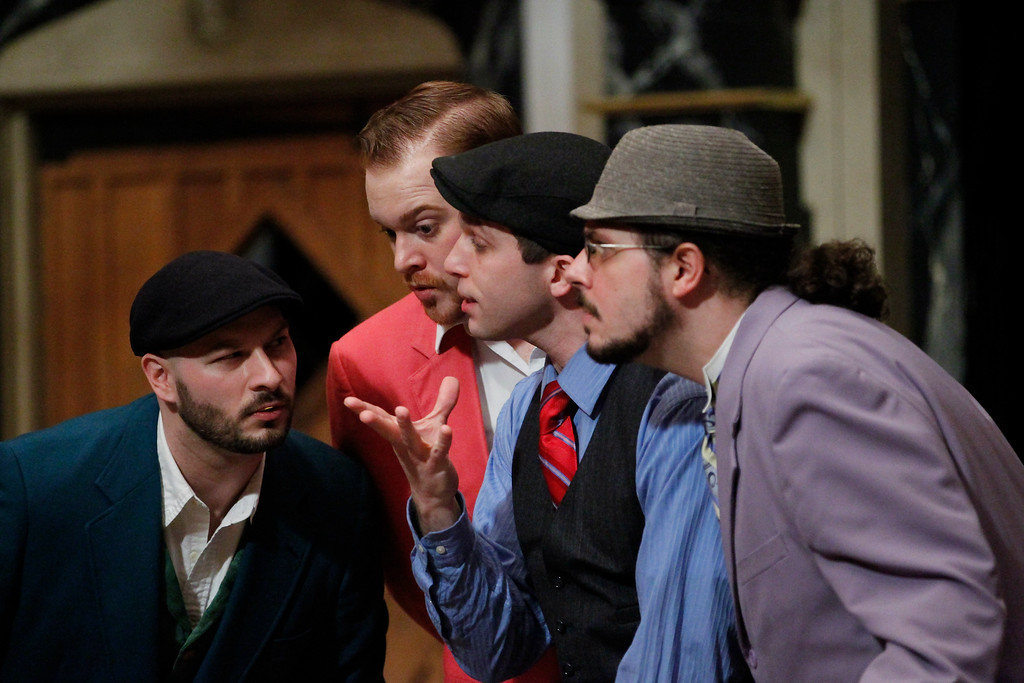 Jeremy West, Jeremiah Davis, Gregory Jon Phelps, and Paul Jannise in A TRICK TO CATCH THE OLD ONE. 2011. 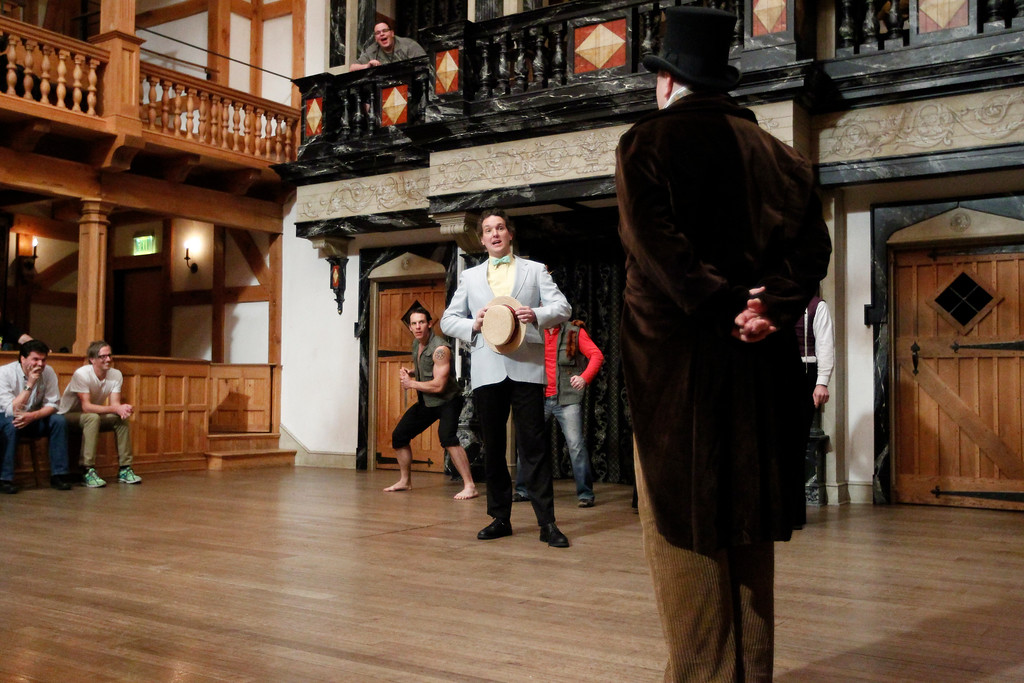 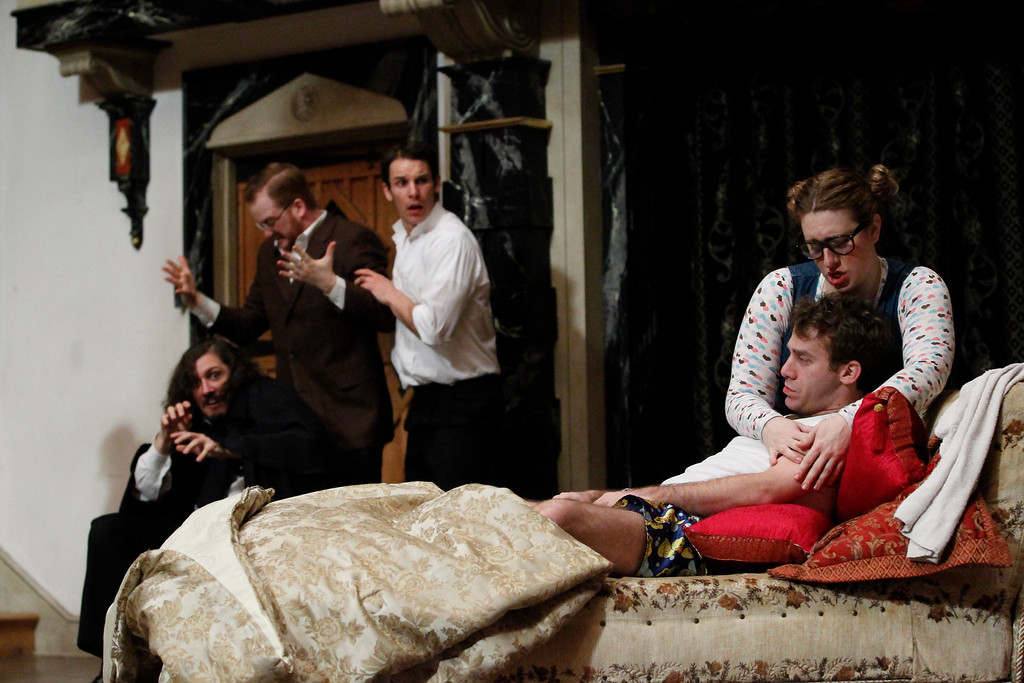 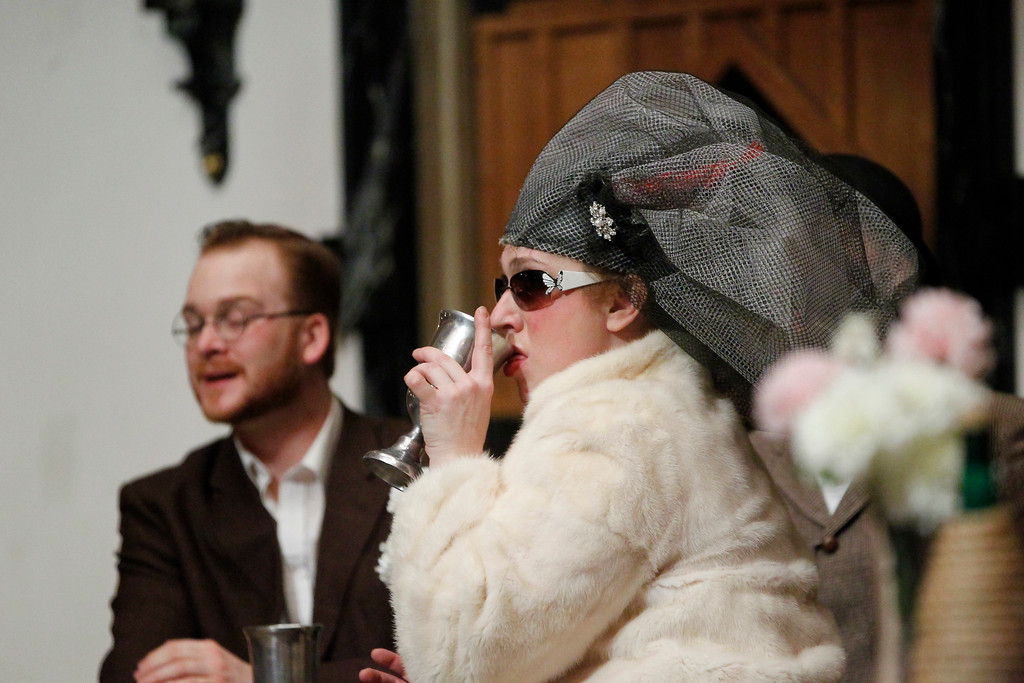 Jeremiah Davis and Allison Glenzer in A TRICK TO CATCH THE OLD ONE. 2011. 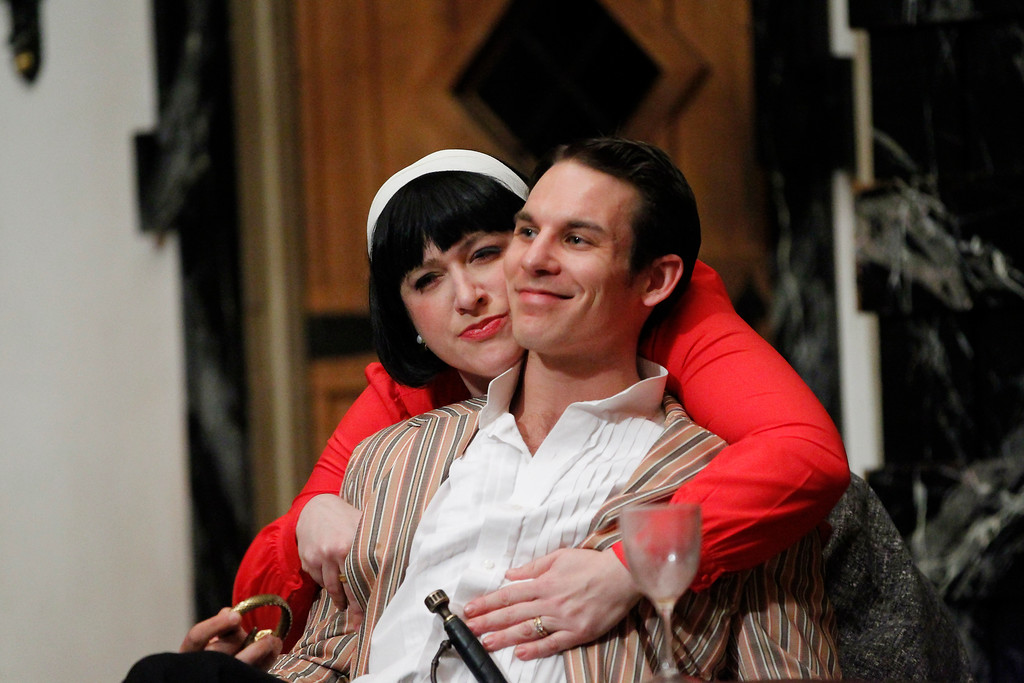 Allison Glenzer and Patrick Midgley in A TRICK TO CATCH THE OLD ONE. 2011. 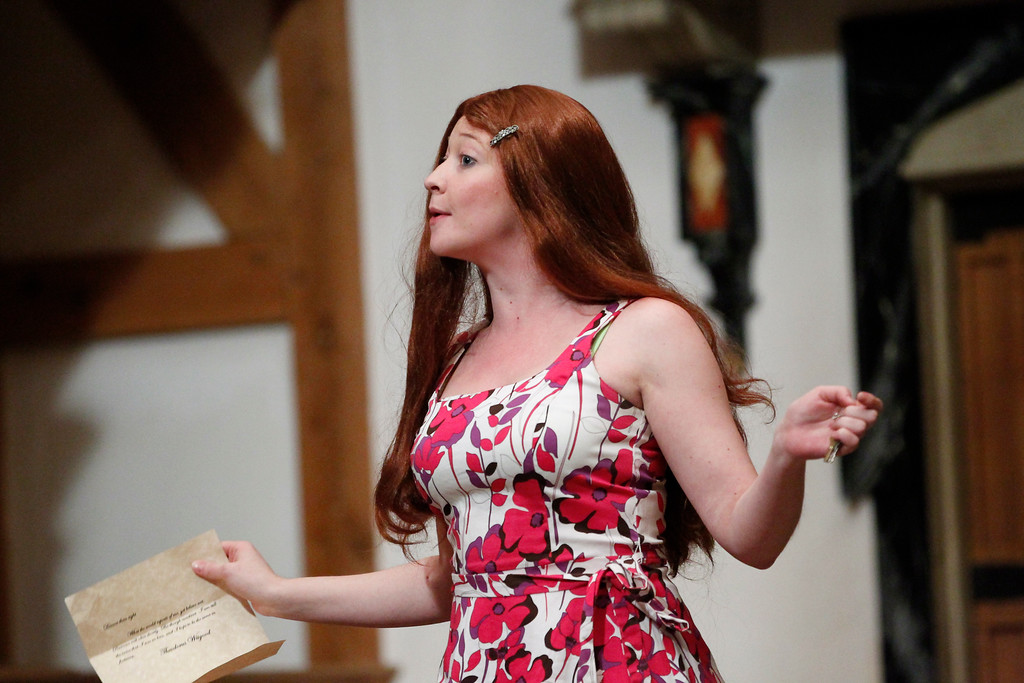 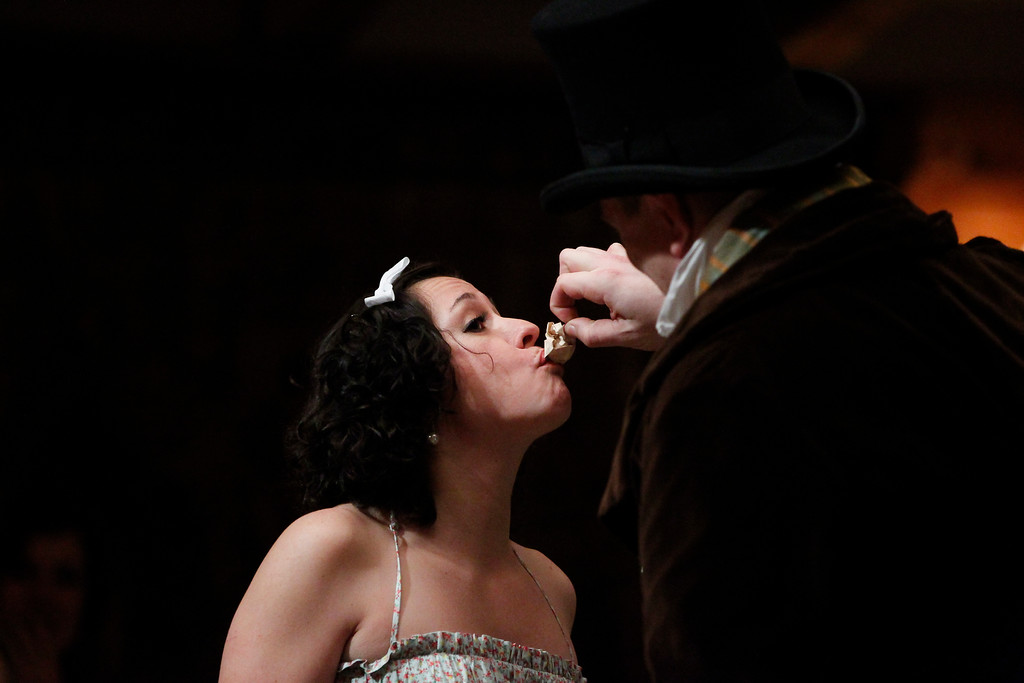 Miriam Donald and Benjamin Curns in A TRICK TO CATCH THE OLD ONE. 2011.

2. Where was the play first performed?
By Paul’s Boys at Paul’s playhouse, the smallest of the indoor venues.

3. Who wrote it?
Thomas Middleton (1580 to 1627), sixteen years Shakespeare’s junior, son of a bricklayer (like Ben Jonson). Went to university (unlike Shakespeare or Jonson). Wrote almost every kind of thing from pamphlets to poems and every kind of play from pageants to tragedies. Interest in Middleton’s work has grown exponentially since the publication of Taylor and Lavagnino’s monumental Collected Works of his writing.

5. How is this playwright unlike Shakespeare?
Unlike Shakespeare, Middleton prefers to set his comedies in London, where his plays track the lives of his characters in great social and economic detail. Middleton’s work is invariably unsentimental. In his play,s an active sexuality is the given and love is a quaint commodity. His comedies are overwhelmingly in prose, while Shakespeare’s average about two-thirds verse.

6. What do scholars think about this play?
Historically this play is Middleton’s most well received comedy. Trick is a clear forerunner of the Restoration-era Comedy of Manners and was popular for more than a century after its first performance. For obvious reasons, it lost favor during the Victorian century, but it has seen a number of revivals over the last half-century. The play is a rich source of understanding about early modern mores and attitudes toward money and marriage.

7. Is there any controversy surrounding the work?
No.

8. What characters should I especially look for?
My own favorite is Jane, the pretended rich widow (identified in the original text with the speech prefix “Courtesan”), who is an unusual portrait of the sexually experienced woman in a mutually beneficial partnership with an ex-lover.

9. What scene should I especially look for?
The play abounds with funny scenes of greedy people falling all over themselves to get the rich widow, but I particularly enjoy the one in which Pecunius Lucre, Witgood’s uncle, interrogates the Host to find out about her.

10. What is the language like?
Witty prose, written in a way that actors can have great fun with it.