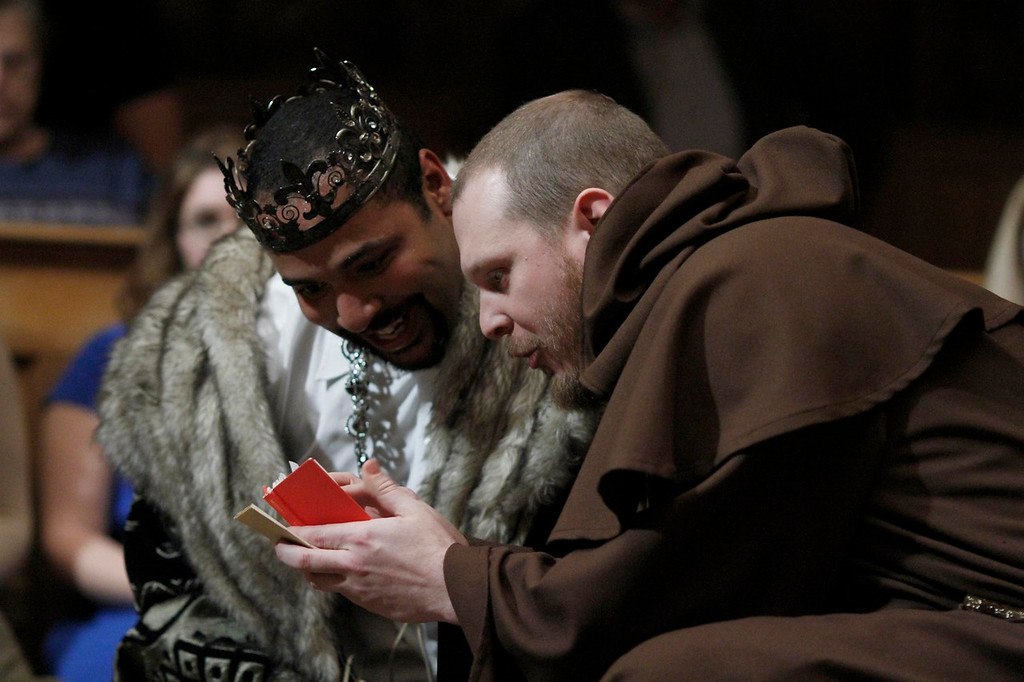 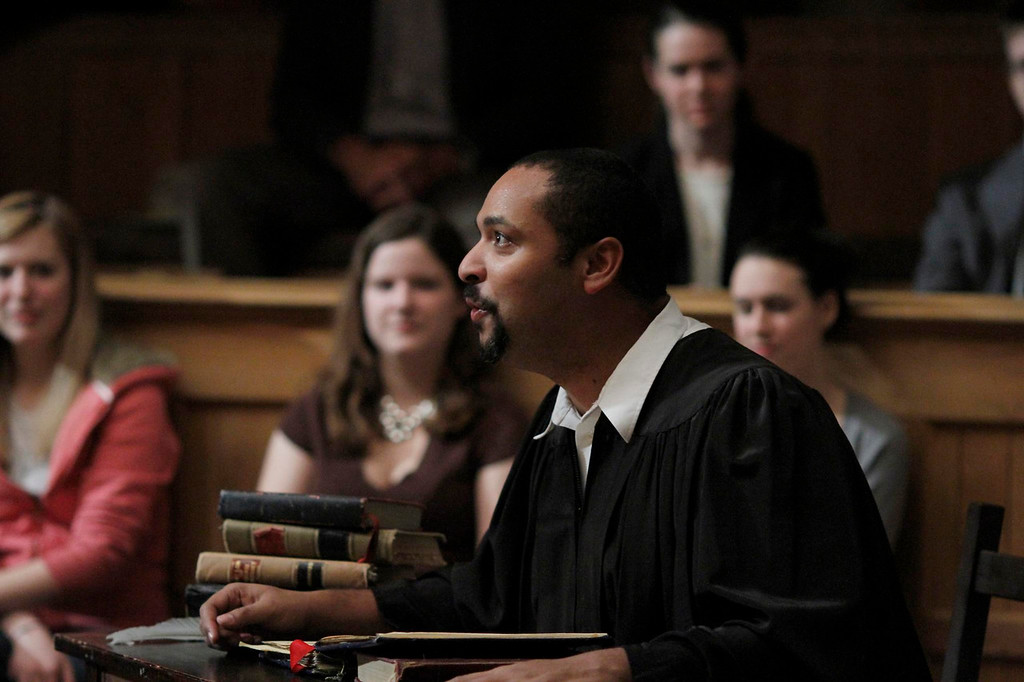 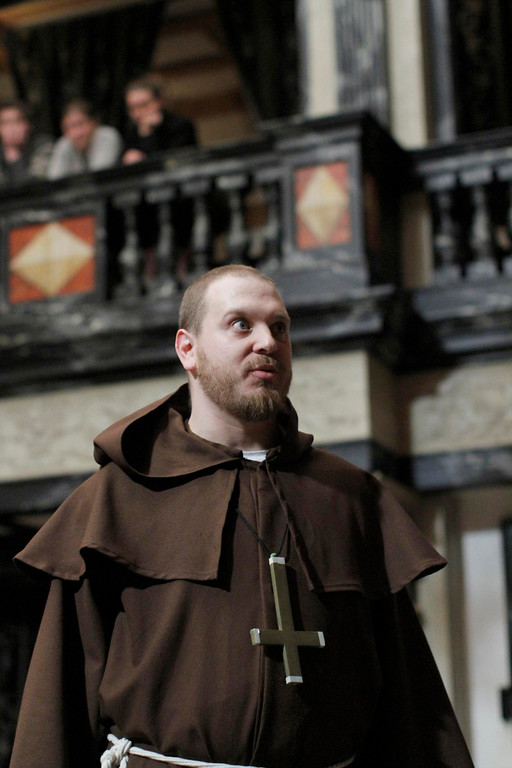 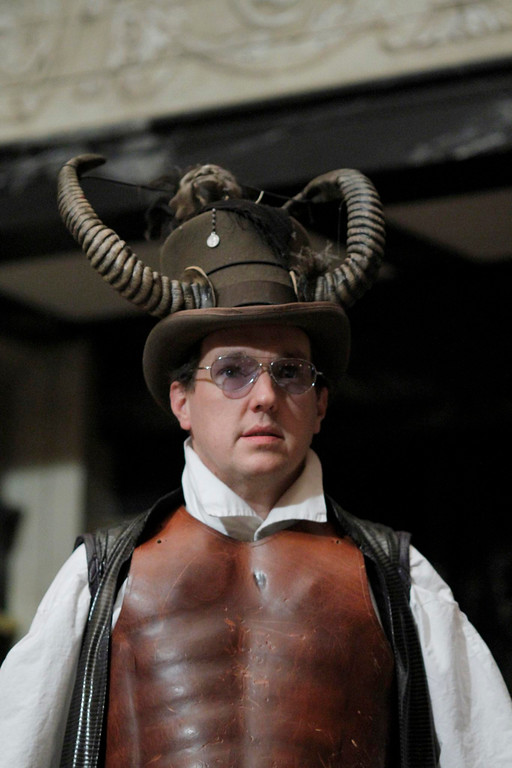 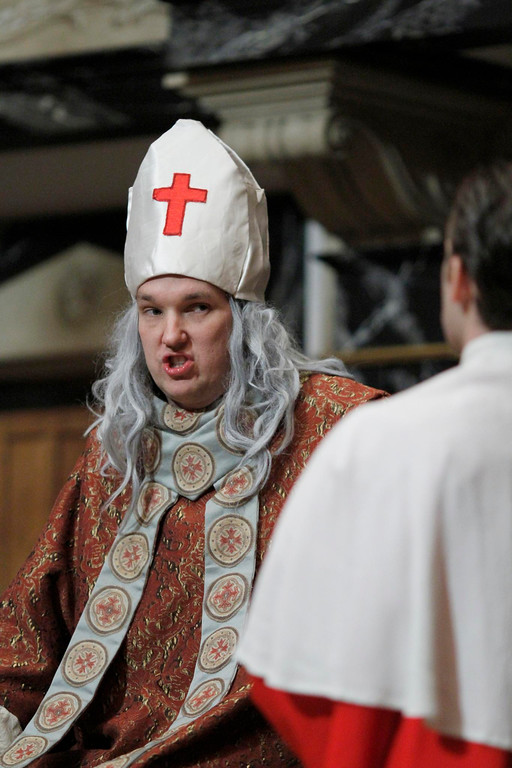 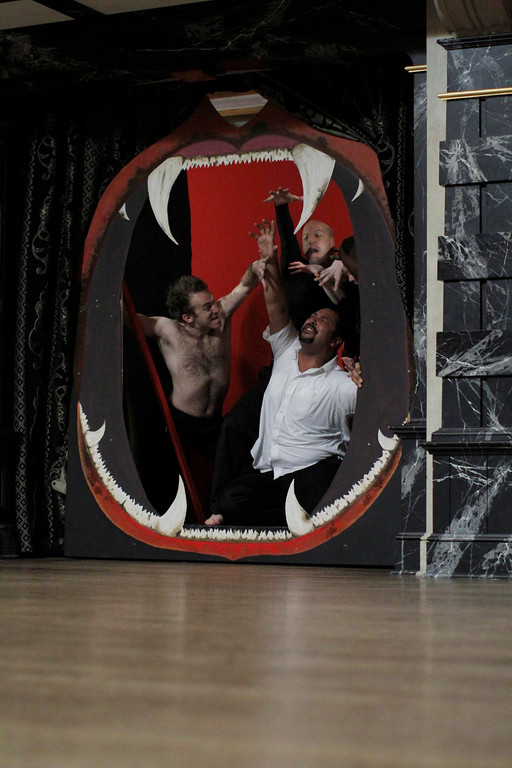 The cast of DOCTOR FAUSTUS. Photo by TOMMY THOMPSON. 2010. 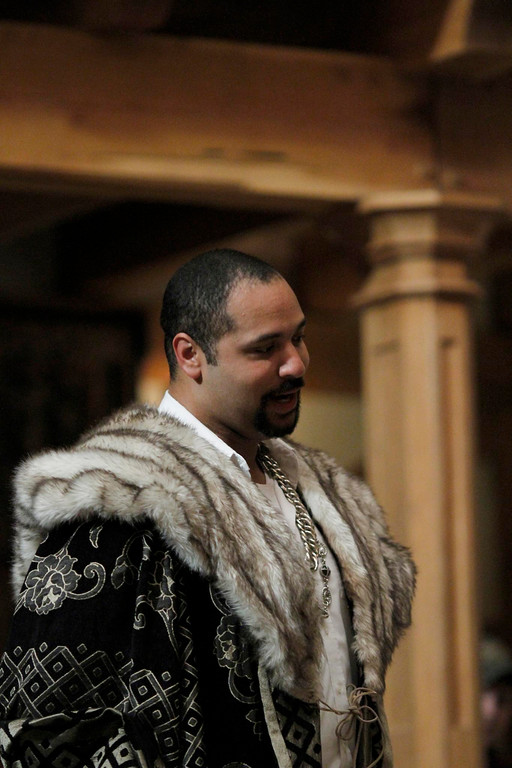 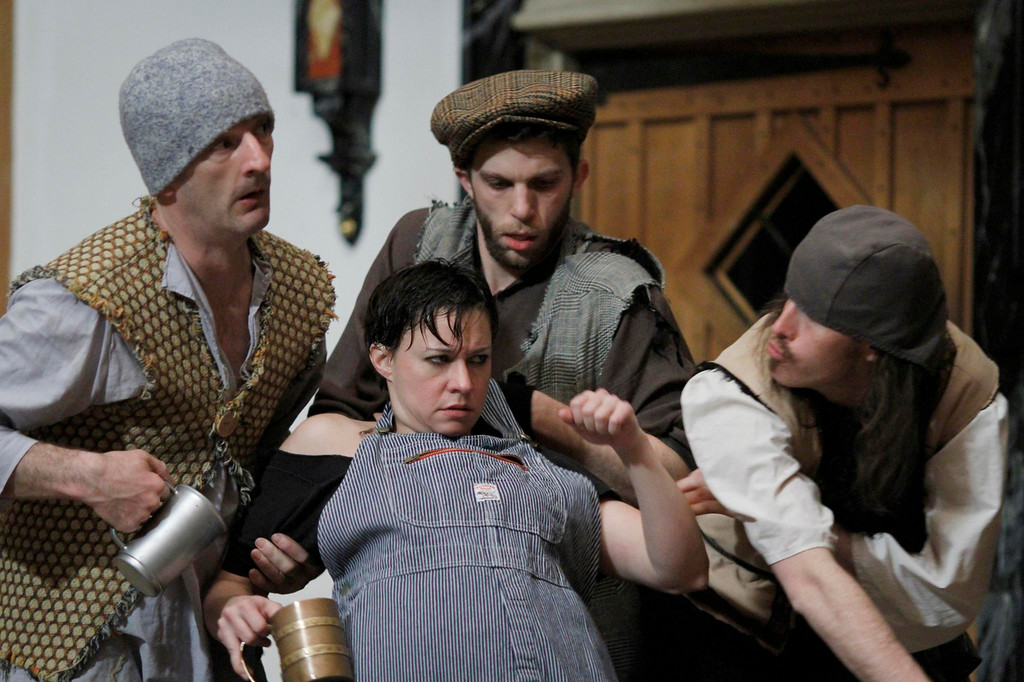 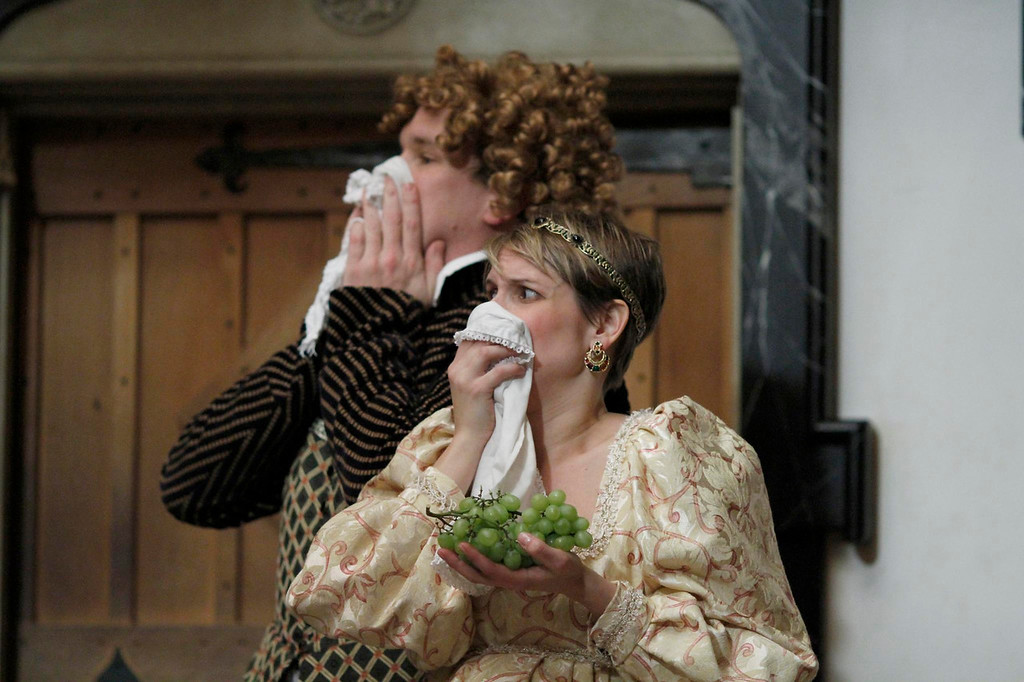 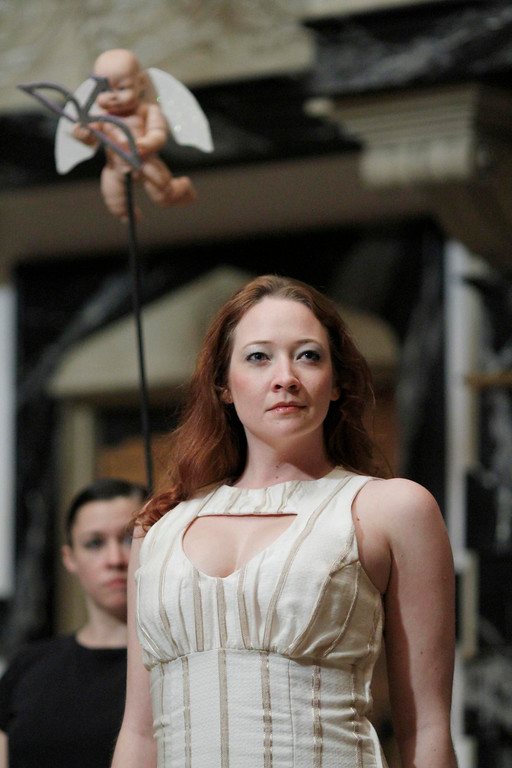 2. Where was the play first performed?
At the Rose Theatre by the Admiral’s Men.

3. Who wrote it?
Christopher Marlowe (1564 – 1593), born the same year as Shakespeare, was the son of a shoemaker in Canterbury and earned a degree from Corpus Christi College, Cambridge. He had a meteoric career as a poet and playwright, was accused of heretical beliefs, may have been a spy, and was murdered in a tavern. The sensational elements of his life have inspired modern works of fiction about him, including Charles Nicholl’s The Reckoning and Anthony Burgess’s A Dead Man in Deptford.

4. How is this playwright like Shakespeare?
Marlowe’s daring imagination, contempt for convention, and magnificent use of blank verse clearly inspired Shakespeare’s early work and his influence appears as late as The Tempest, where Prospero is in some ways Shakespeare’s version of Marlowe’s Doctor Faustus.

6. What do scholars think about this play?
Doctor Faustus with its themes of human aspiration and human will versus divine law is one of the central texts of Western literature and has long inspired other writers from Goethe (Faust) to Peter Cook and Dudley Moore (Bedazzled [1967]).

7. Is there any controversy surrounding the work?
Yes. There are two texts of the play, A and B. The A-text is more poetic and decorous; the B-text is more violent and spectacular, and our production uses those scenes from B. Since both texts are comparatively short, some scholars have theorized that the play is incomplete. They are wrong. Sell your soul to the devil for 24 years of power and part of what you learn is that time flies by. That is what the play’s brevity teaches.

8. What characters should I especially look for?
Faustus and Mephistopheles may be the first odd-couple, and in a weird way this is a buddy play. Also don’t miss Sloth, Gluttony, Anger, Envy, Pride, Greed, and Lust.