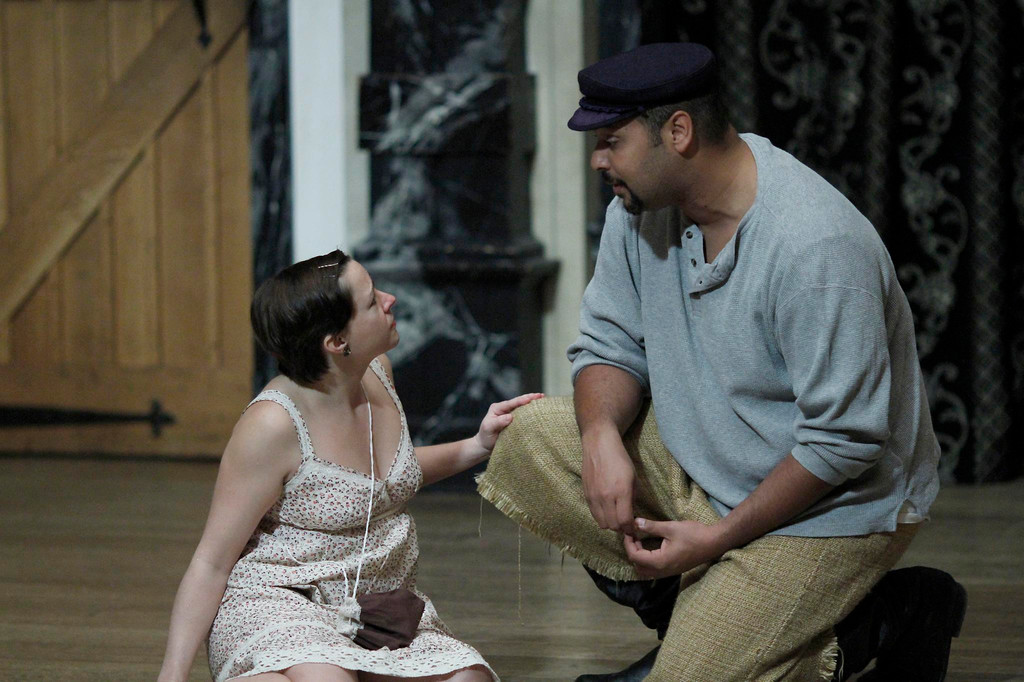 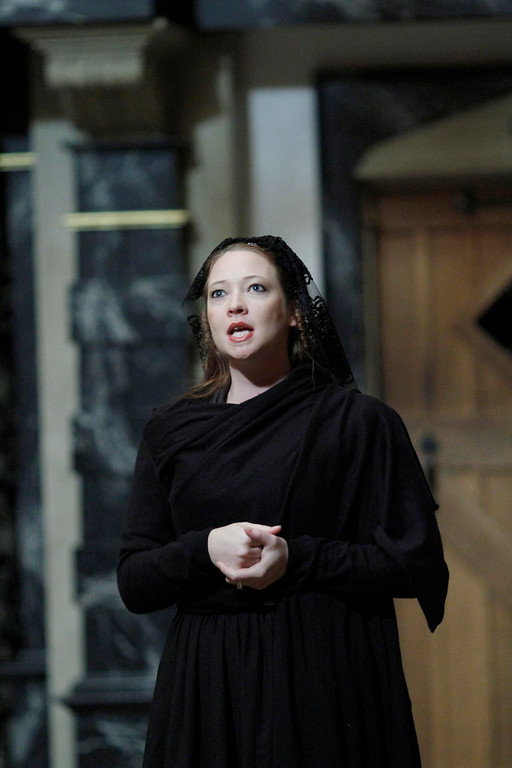 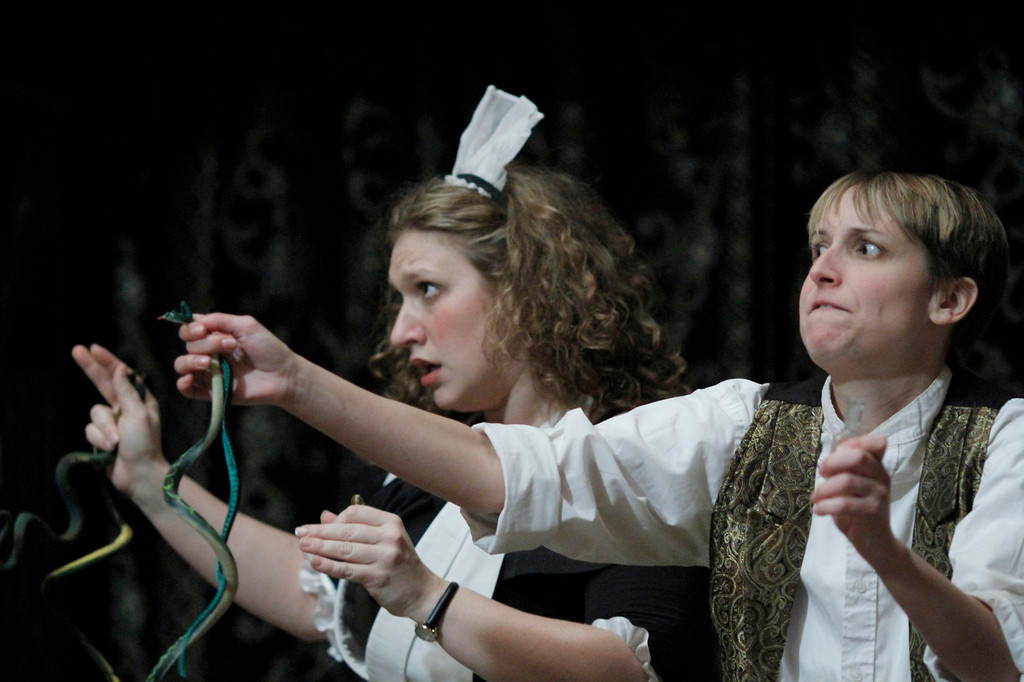 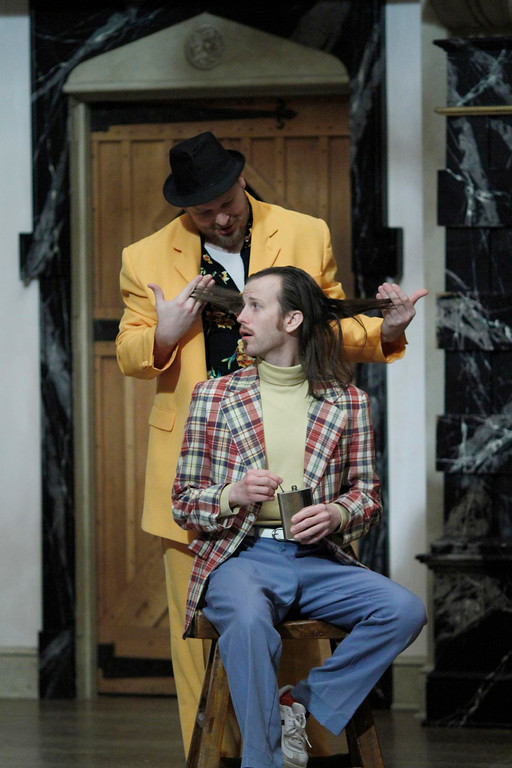 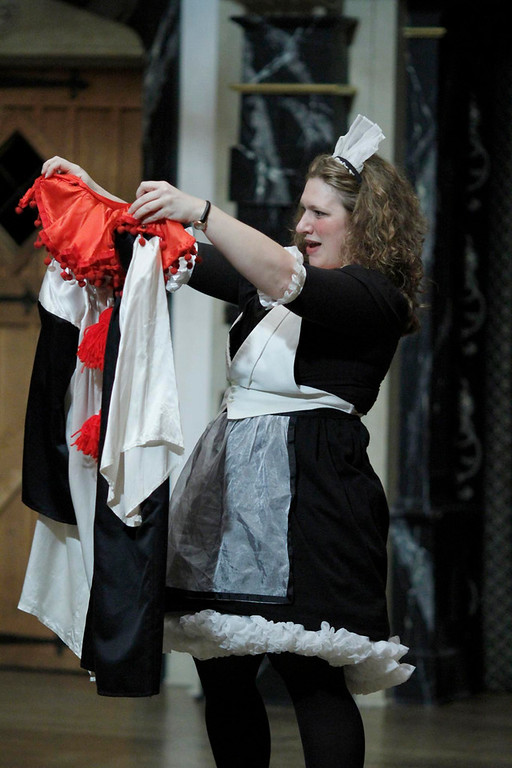 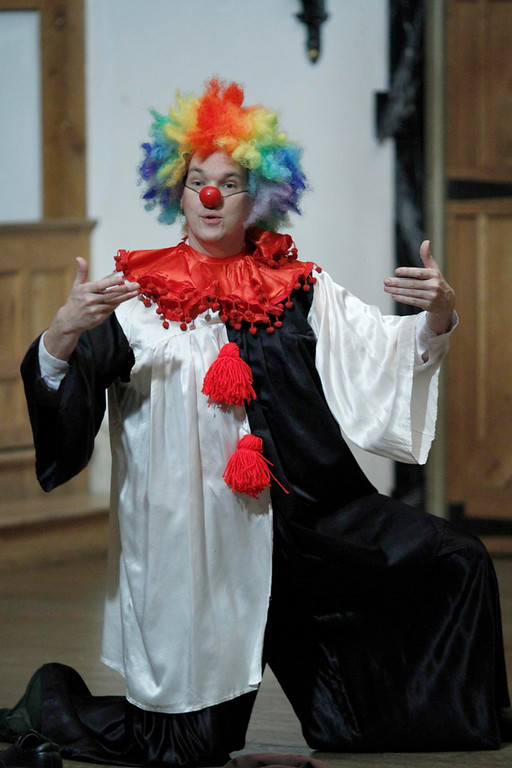 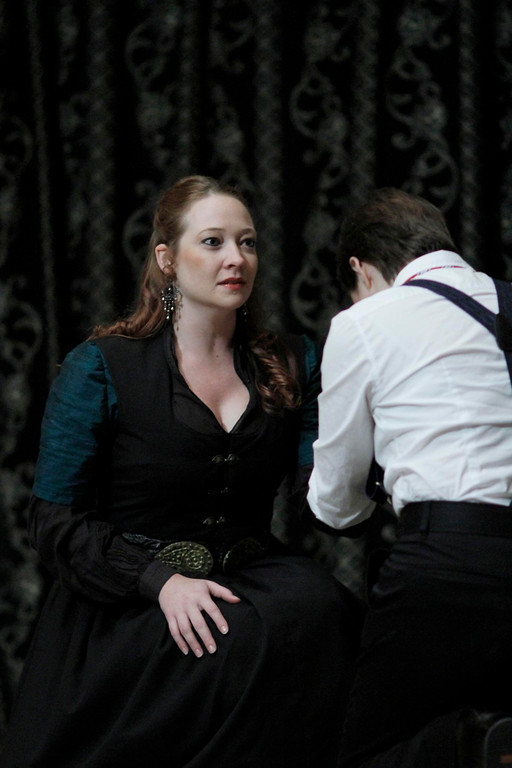 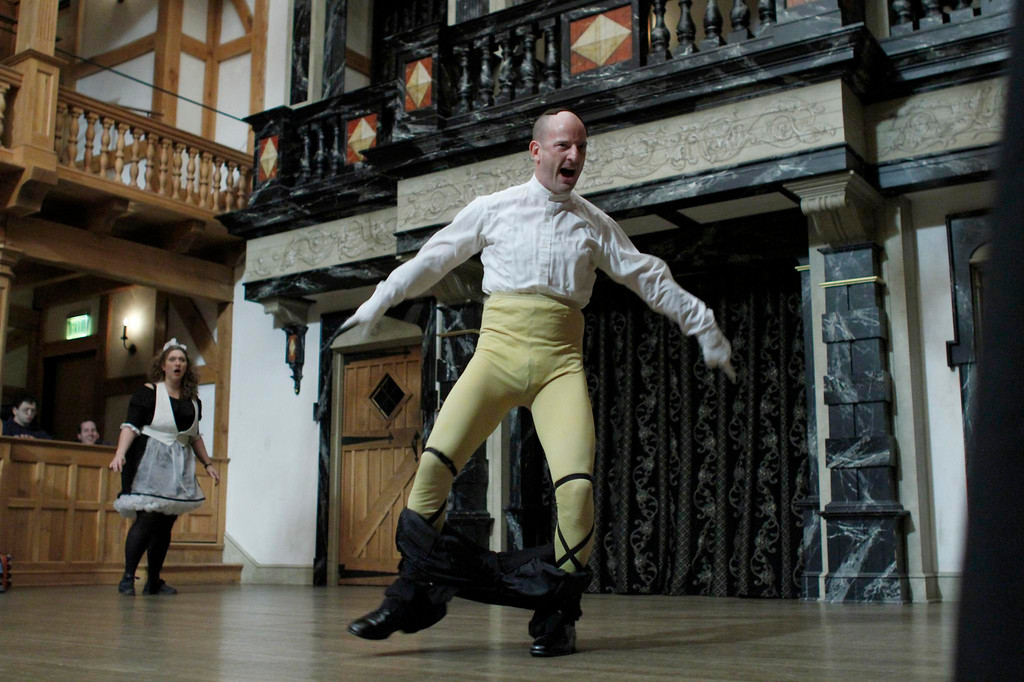 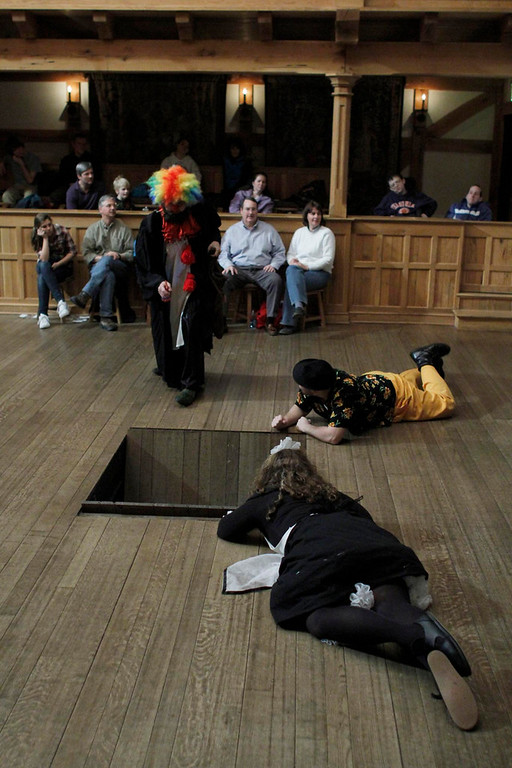 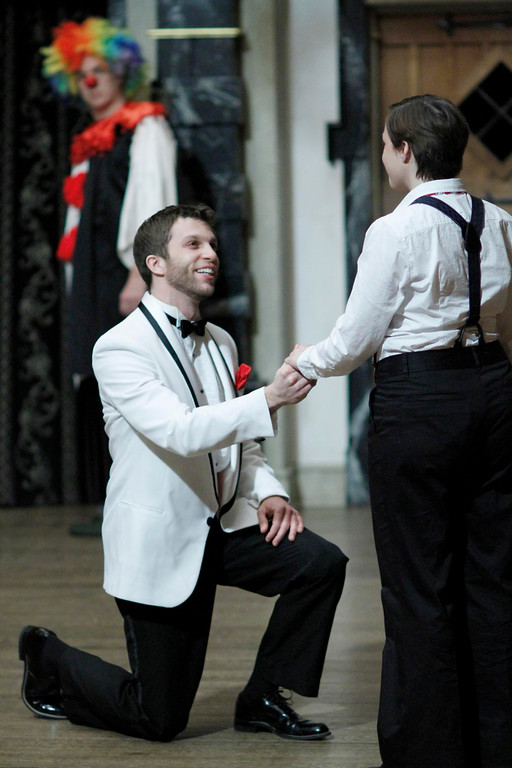 2. Where was the play first performed?
We know for certain that the Lord Chamberlain’s Men performed the play for the Queen on February 2, 1602 at Middle Temple Hall. Before that it would probably have been performed at the Globe.

4. How is this play like Shakespeare’s other plays?
Shipwreck, girl in boy’s clothing, sad clowns, lovesickness, twins – it’s all there.

5. How is this play unlike other Shakespeare plays?
The mixture of light and dark in this play is always present, not sudden and unexpected as in Much Ado or attached to one part of the story as in The Merchant of Venice. This play is also the most ensemble piece Shakespeare ever wrote: every role is substantial.

6. What do scholars think about this play?
As Stephen Booth says, the play is “universally admired.” He thinks one reason is that it “creates a music of ideas…that make us superior to the limitations of syntax and logic” (Precious Nonsense 121). That’s good enough for me.

7. Is there any controversy surrounding the work?
No. There is some debate about whether or not an audience should feel bad about the treatment of Malvolio.

8. What characters should I especially look out for?
As I suggest above, the play’s characters are al substantial and each has his or her own claim of your attention, but the three characters that are always most memorable to me are Malvolio, the play’s scapegoat; Andrew Aguecheek, the play’s lovable dope; and Feste, the Fool who seems to be an escape from the world of Hamlet.

10. What is the language like?
Magic. As opaque as air, as clear as steel.