Buffeted from shore to shore by the winds of destiny, Pericles must navigate the whole of the Mediterranean on his search for peace, love, and family. His journey becomes an astonishing adventure filled with assassins, shipwrecks, pirates, brothels, goddesses, and magicians. He must weather loss and heartbreak before the storm calms with miraculous reunion and wondrous rebirth. 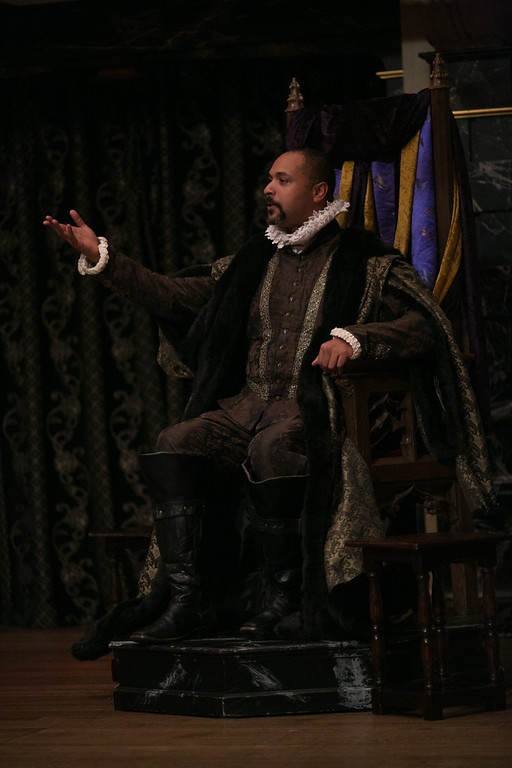 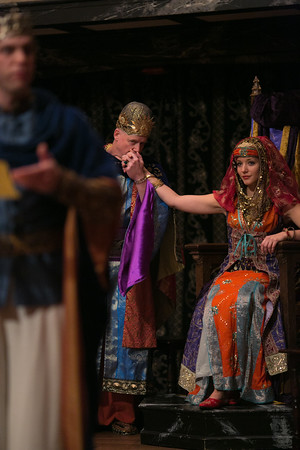 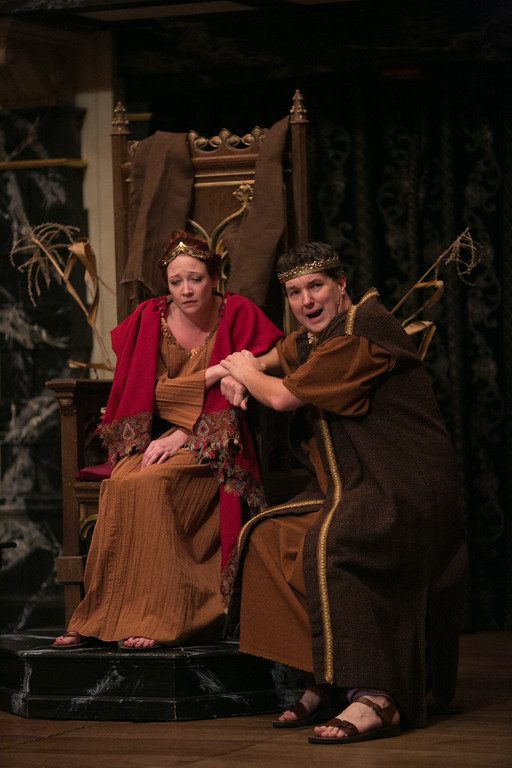 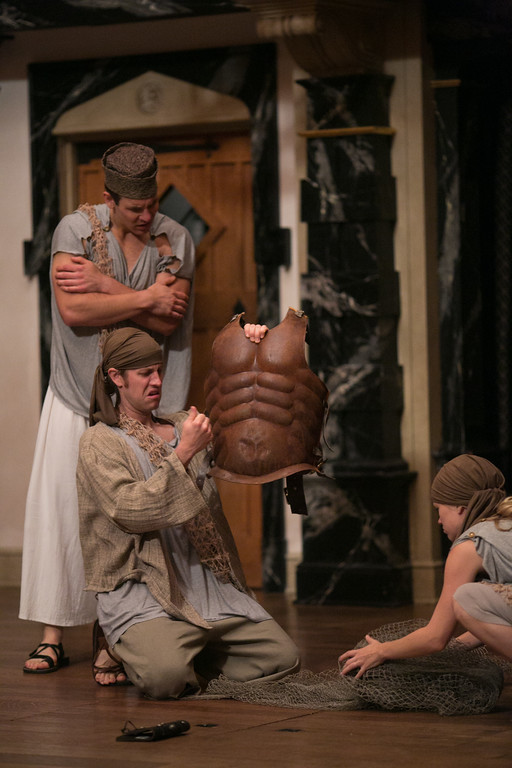 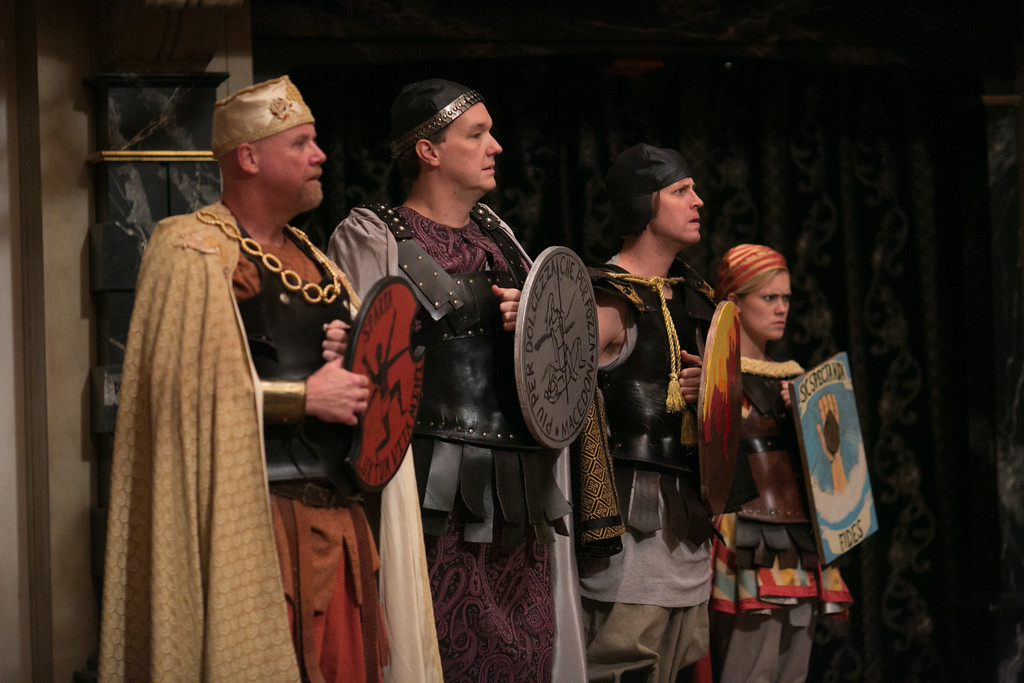 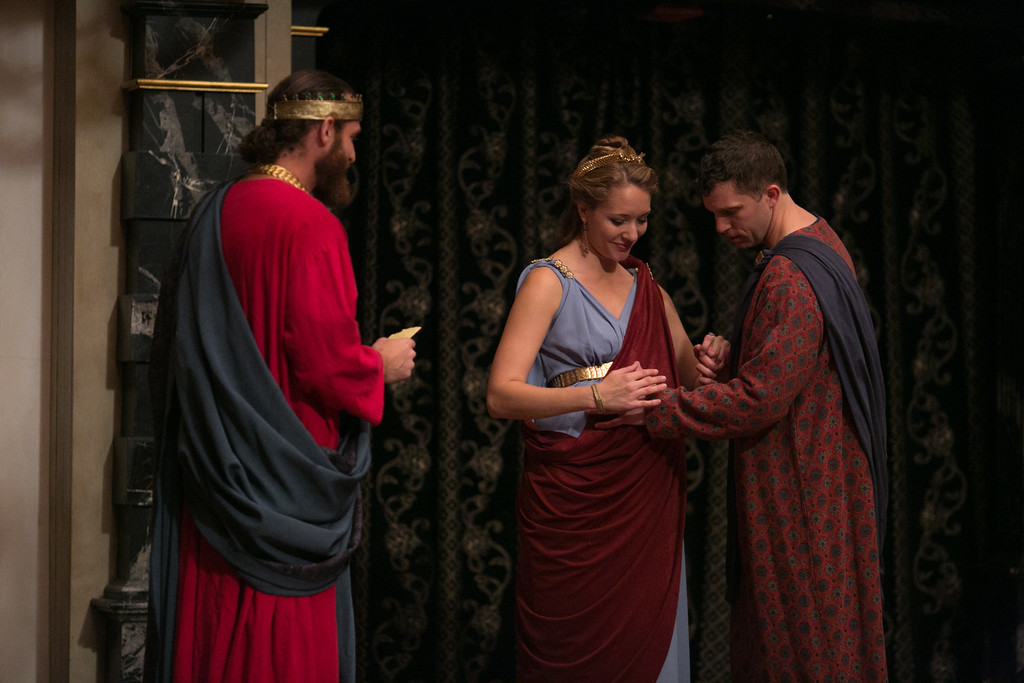 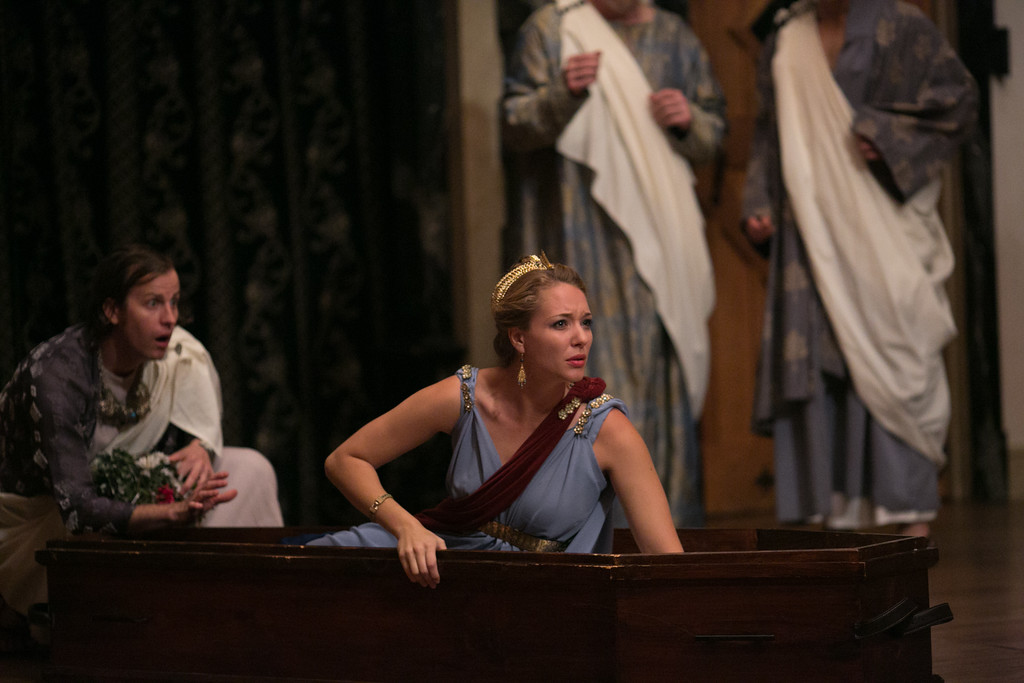 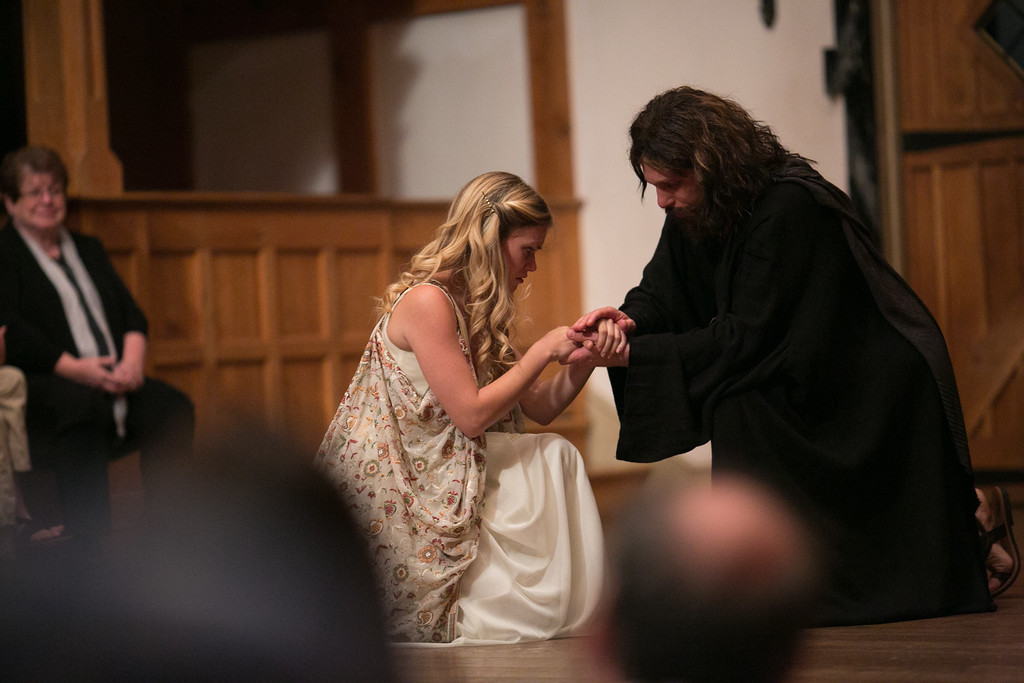 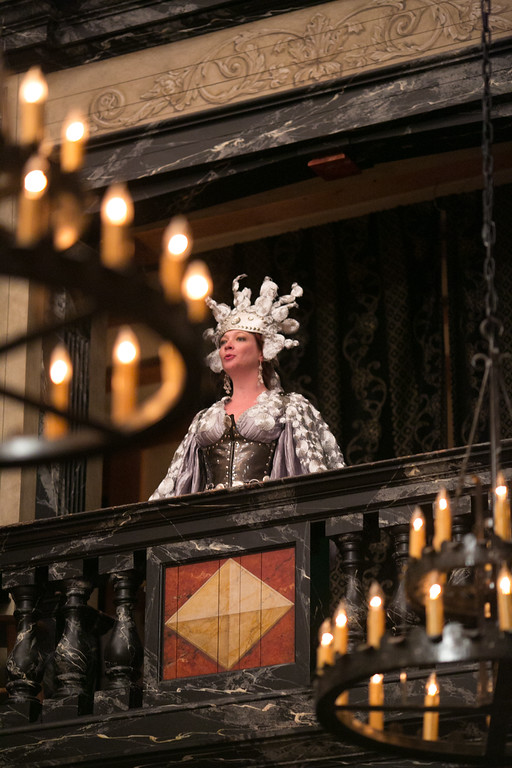 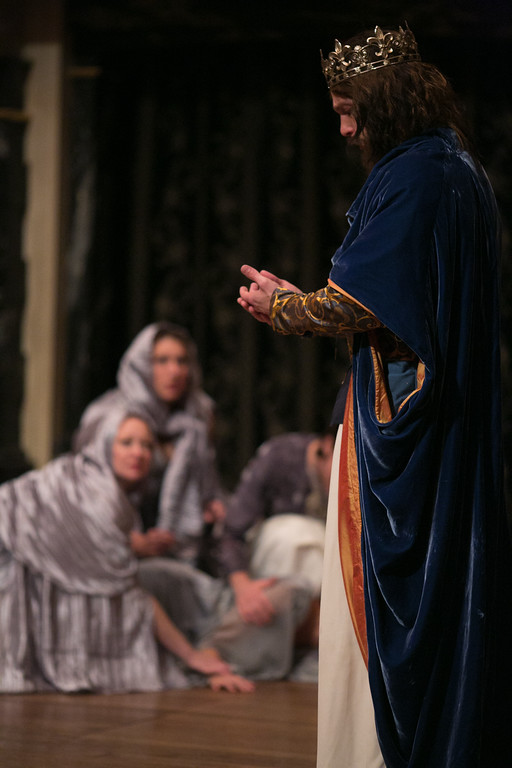 Gregory Jon Phelps and the cast of PERICLES, PRINCE OF TYRE. Photo by LINDSEY WALTERS. 2014.

Pericles, Prince of Tyre is unlike any other Shakespeare play. It was not included in the First Folio – the first collection of Shakespeare’s plays printed in 1623. Some scholars speculate that it was left out because it may have been co-written with George Wilkins. But this theory is problematic because Shakespeare’s fellow actors who assembled the First Folio (John Heminges and Henry Condell) chose to include: Macbeth, Measure for Measure, and Timon of Athens – all with contributions by Thomas Middleton; Henry VIII – well-known to be a collaboration with John Fletcher; plus the possibly collaborative Titus Andronicus – George Peele; Henry VI, Part 1 – a team of co-writers. Pericles was, however, included in the Third Folio printed in 1633. The Two Noble Kinsmen – co-written with John Fletcher – is the only other surviving play that most scholars think Shakespeare had a strong hand in writing that was not included in the First Folio.

Written in 1607-8, Pericles was printed in quarto form (the Elizabethan and Jacobean paperback) six times in the first half of the seventeenth century, proving it was a popular play from its first performance up until the theatres were closed by the Puritans in 1642. Pericles is also Shakespeare’s first foray into the genre we now label “romance,” plays that meld the magical and fantastical with comedy, tragedy, fairy tales, and long-lost families being redeemed and reunited. Because the action of Pericles takes place in seven different locations over the course of many years (including two ships; in two different storms; plus pirates), modern theatre companies that want to build a different set for each location have been reluctant to stage this epic adventure. Shakespeare was writing, however, for staging conditions that did not include big sets on rotating revolves. The Globe and Blackfriars themselves were the “sets” and Shakespeare was able to take us to multiple locations by using language to ask the audience to imagine the setting. Because the ASC employs Shakespeare’s staging conditions on the road and in the Blackfriars Playhouse, traversing the Mediterranean Sea with the help of Gower (the chorus) and the rest of Shakespeare’s Theatre of the Imagination is part of the fun for ASC audiences. Not only did you help create the play with your imagination, you are on the journey yourself because the lights stay on you, the actors talk to you and include you in the world of the play, and you surround the stage so that you can see other audience members making the trip with you. This play is ideally suited for the ASC and the Blackfriars Playhouse.

Some notes I sent to the actors before rehearsals: