Consumed by obsessive love for a male courtier, the newly-crowned King Edward II risks everything – crown, country, and even his own life – with a dangerous affair. When his foundation of divine right begins to crumble, Edward realizes the limitations of his power, but not before the whispers of treason have started to swell to a roar. 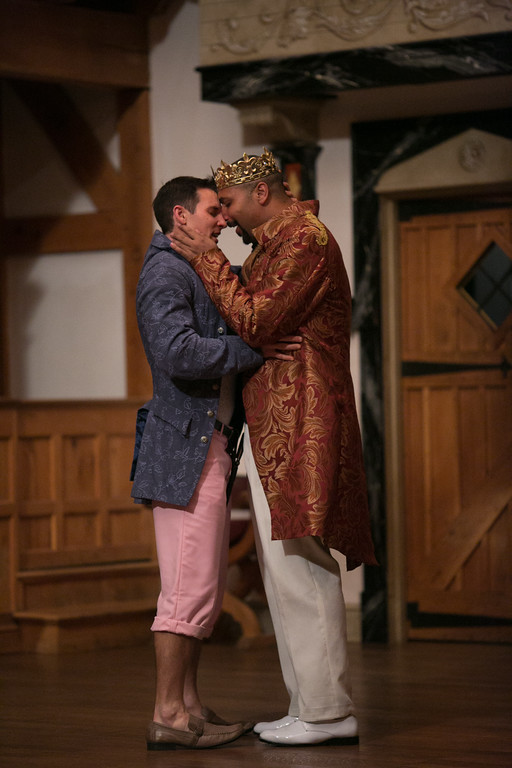 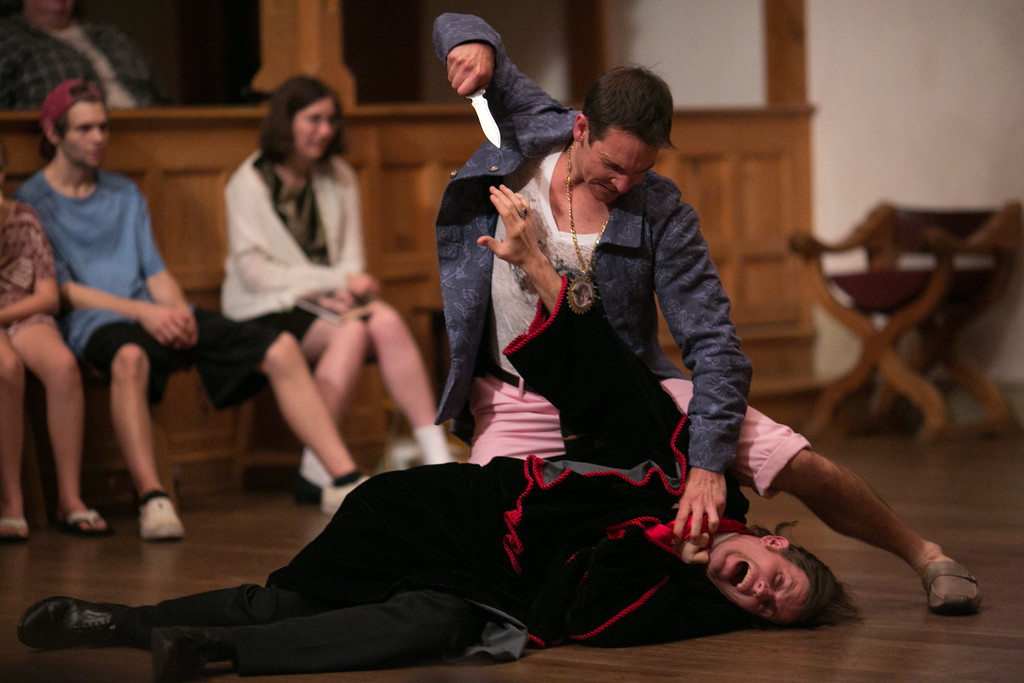 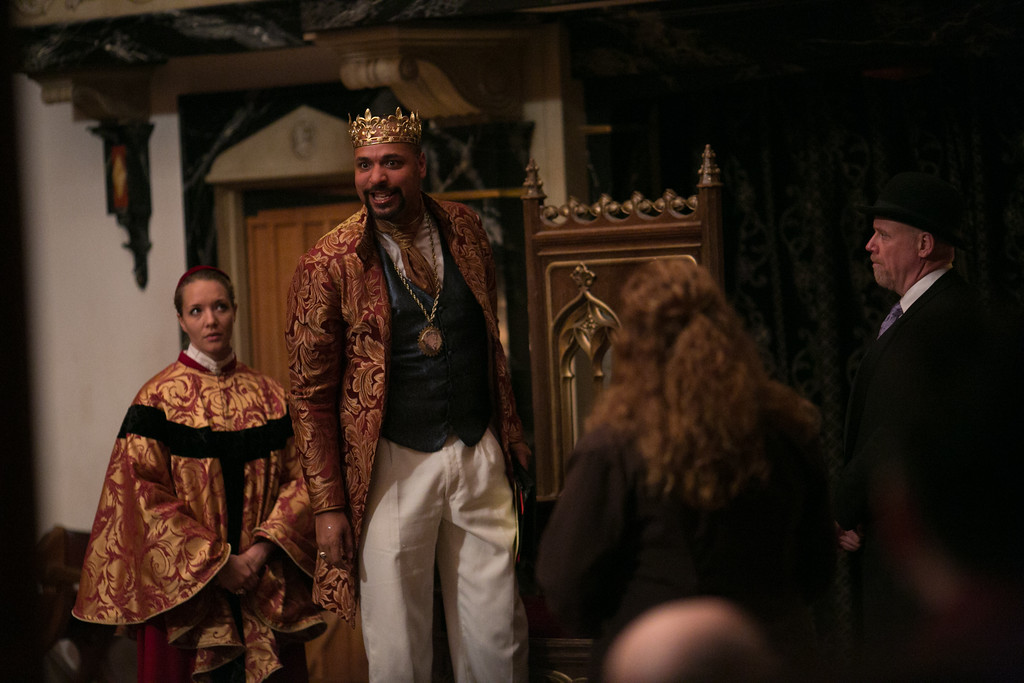 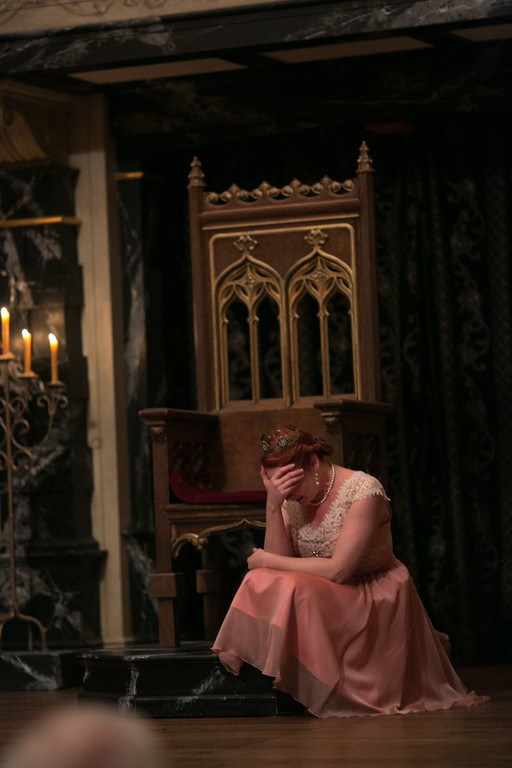 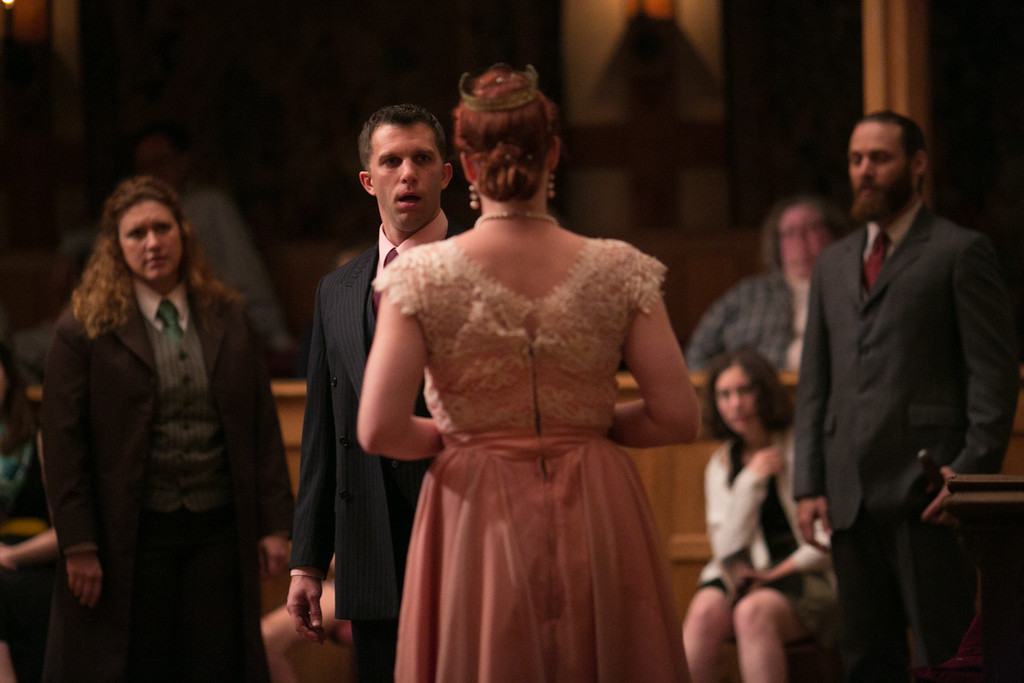 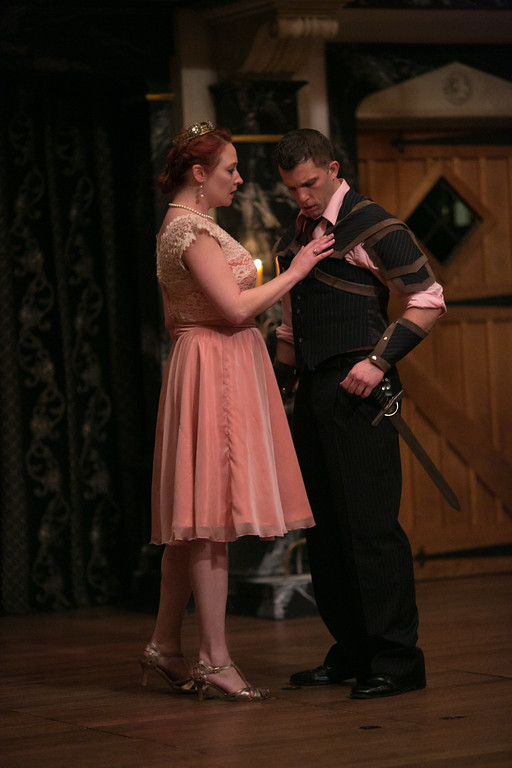 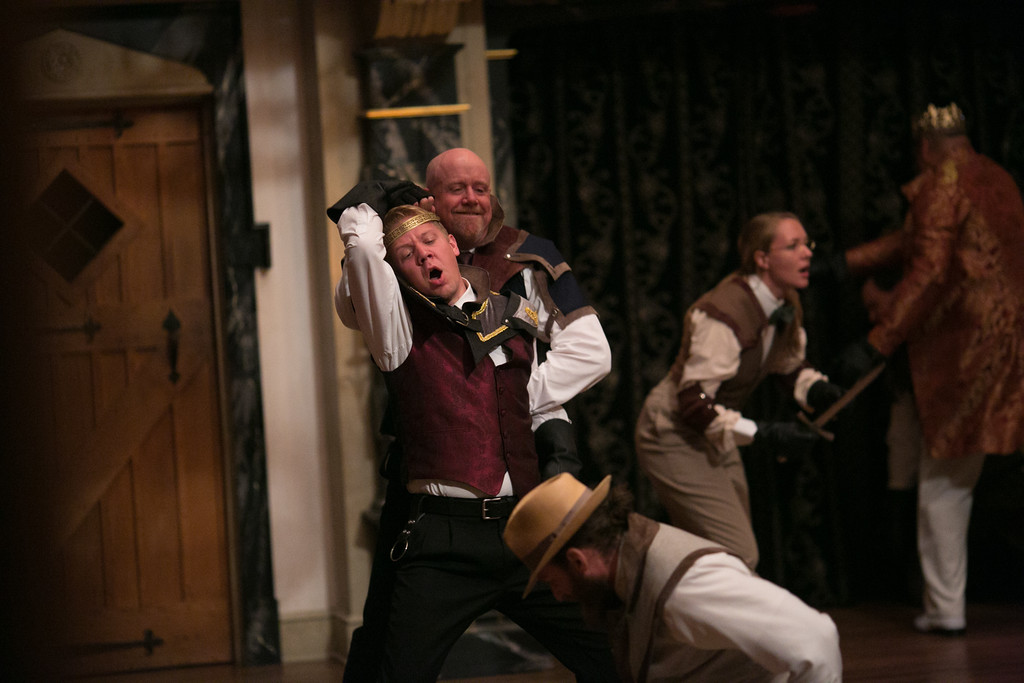 The cast of EDWARD II. Photo by LINDSEY WALTERS. 2014. 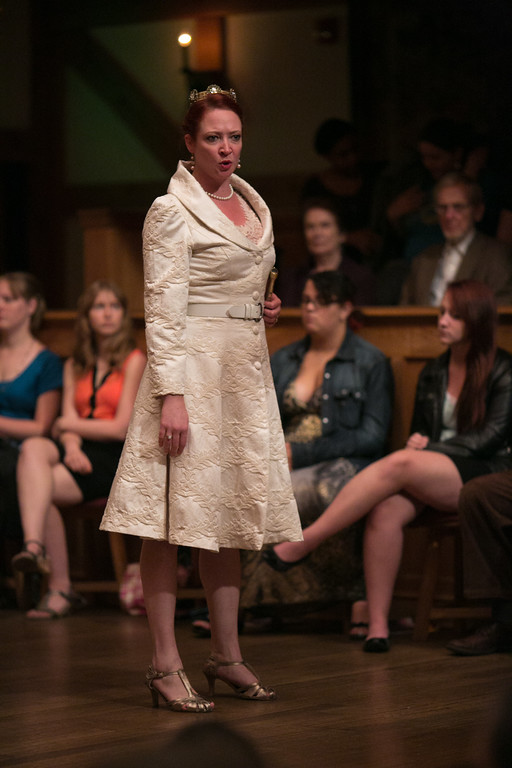 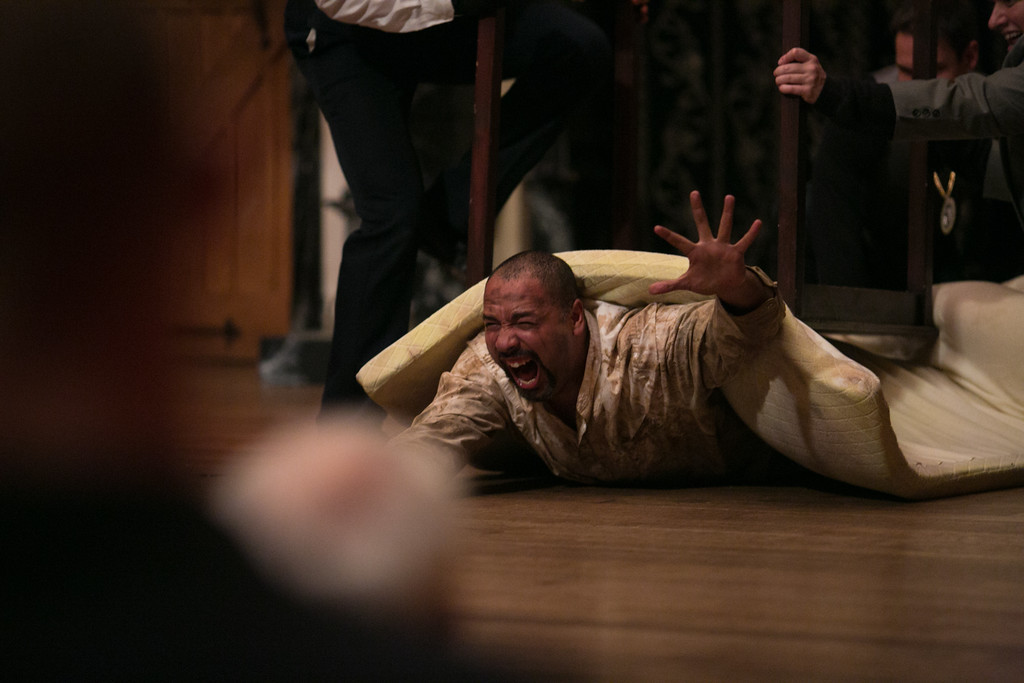 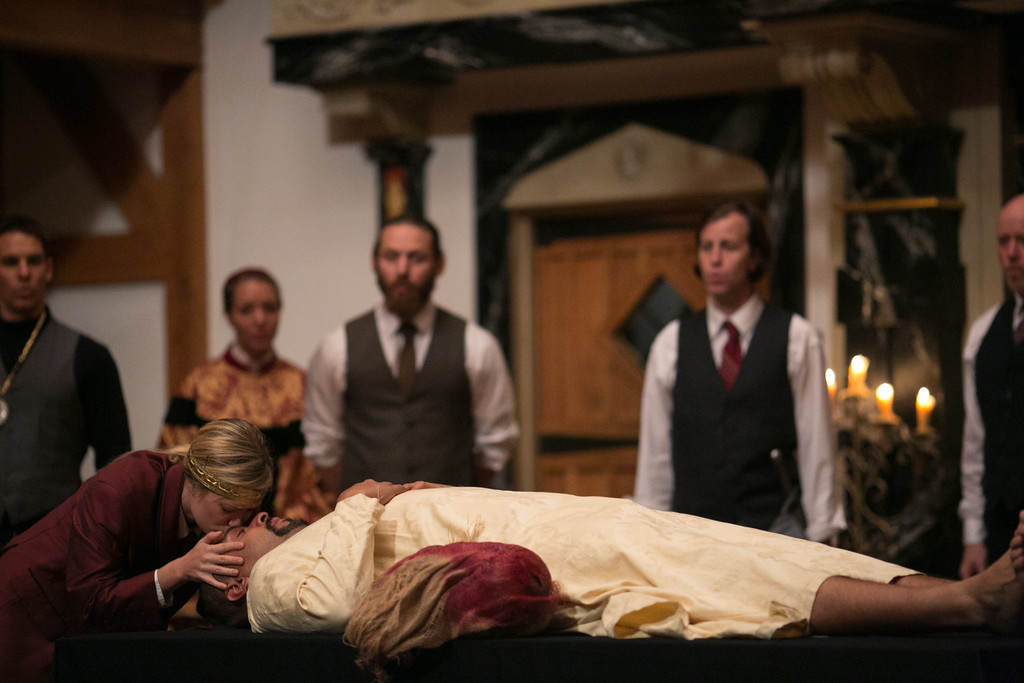 The cast of EDWARD II. Photo by LINDSEY WALTERS. 2014.

Christopher Marlowe and William Shakespeare were both born in 1564 and eventually became two of the most important playwrights in the golden age of English literature. That sounds lofty. They were also just amazing writers who wrote great plays. Marlowe was the son of a cobbler and Shakespeare was the son of a glover.

Marlowe received scholarships that got him a university education; and on his way to becoming a clergyman (part of his scholarship requirements he never fulfilled) he wrote at least seven plays, possibly became a government spy, and died a mysterious and violent death at age 29. Shakespeare did no go to university; he became an actor, a playwright of at least thirty-something plays, and eventually a shareholder in an acting company (sponsored by King James) before retiring to his hometown and dying at the age of 52.

Marlowe rocked the theatrical world with his early play, Tamburlaine the Great, which was a huge success and seemingly had a big impact on Shakespeare’s first tetralogy of history plays – Henry VI, Parts 1-3 plus Richard III. Marlowe was the first Elizabethan to make a Jewish character the central figure in a play – The Jew of Malta – which influence Shakespeare in creating his Merchant of Venice. Marlowe made it popular to write plays in blank verse (iambic pentameter); Shakespeare picked up on this style and made it even more mainstream throughout his longer career. These two playwrights were at the center of a theatrical and cultural revolution in ways that were similar to The Beatles and The Rolling Stones being in the middle of a musical and cultural revolution. Marlowe and Shakespeare were rock stars of their time.

Edward II is, perhaps, the last play that Marlowe penned. His other plays: Dido, Queen of Carthage; Tamburlaine the Great (Part 1 and Part 2); Doctor Faustus; The Jew of Malta; The Massacre at Paris take place in locales (sometimes exotic) away from English shores; but Edward II tackles English politics head-on and Marlowe most likely used Holinshed’s Chronicles as its chief source material, like Shakespeare did for his histories and some of his tragedies. The King at the center of E2 is as complex and fascinating as any title character from Shakespeare’s canon. Some would say that Marlowe created King Edward II in the vein of “flawed kings” like Shakespeare’s King Henry VI, King Richard II, and King John. I think each of those kings make juicy theatre characters because each one has his own tasty set of human foibles that can make them delicious to watch and support. If we do our jobs well in creating this production: some of you will root for Edward, in spite of some of his questionable decisions; some of you will bond more with Queen Isabella as she yearns to have her husband by her side and maneuvers politically to protect her son’s right to the throne; some of you will throw your support behind the nobles who want to rid the King and their kingdom of the meddlesome presence of the King’s favorite courtier, Gaveston; and some of you will want all of the above.

Some notes I sent the actors before rehearsals: