Epic and intimate. Brilliantly funny and deeply moving. The Lion in Winter plays out the spectacular strategies for power and love between two of England’s most formidable and most human rulers, King Henry II and Queen Eleanor, and their three crown-hungry sons. Telling the story of what happens before Shakespeare’s King John, The Lion in Winter is a modern theatrical masterpiece. 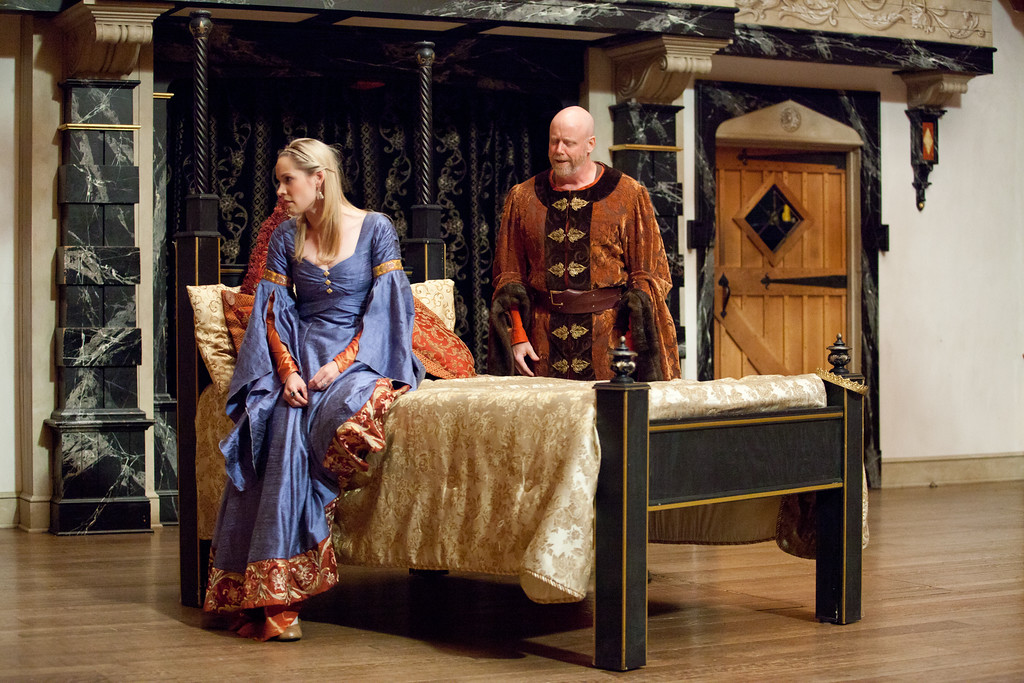 Tracie Thomason and James Keegan in THE LION IN WINTER. 2012. 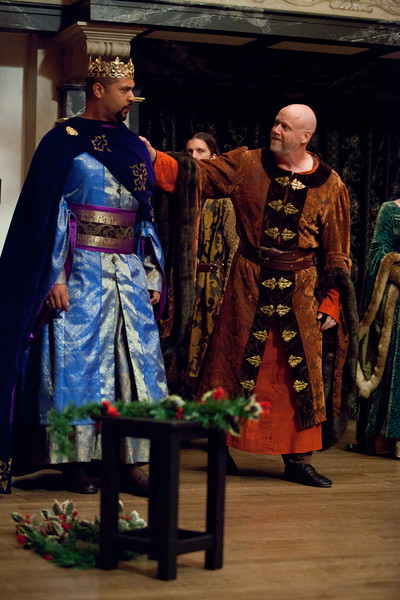 René Thornton, Jr. and James Keegan in THE LION IN WINTER. 2012. 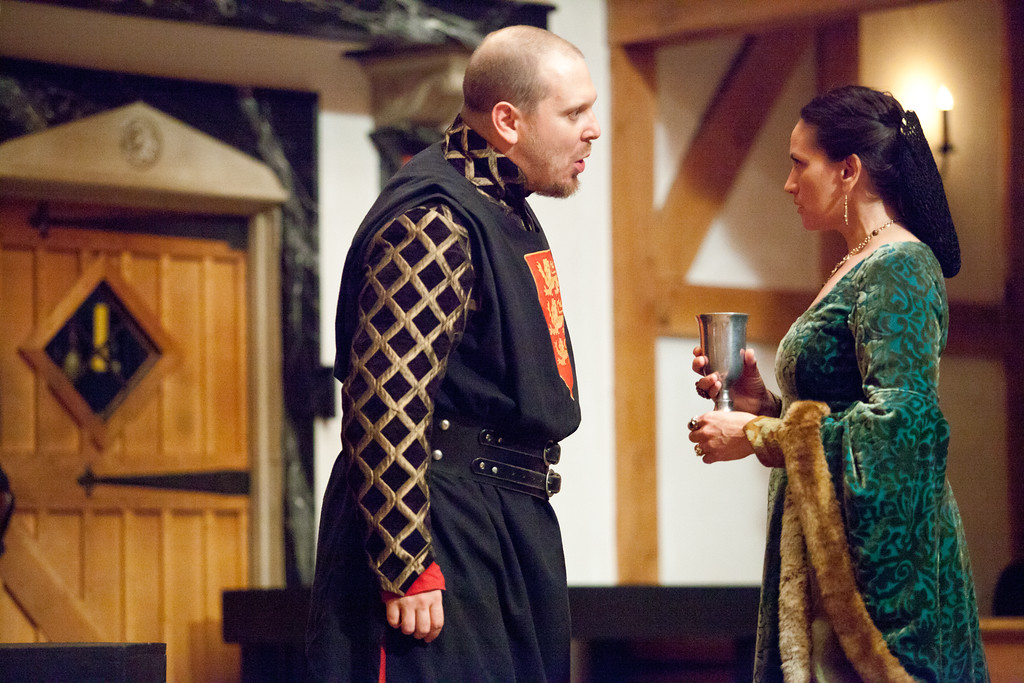 Benjamin Curns and Tracy Hostmyer in THE LION IN WINTER. 2012. 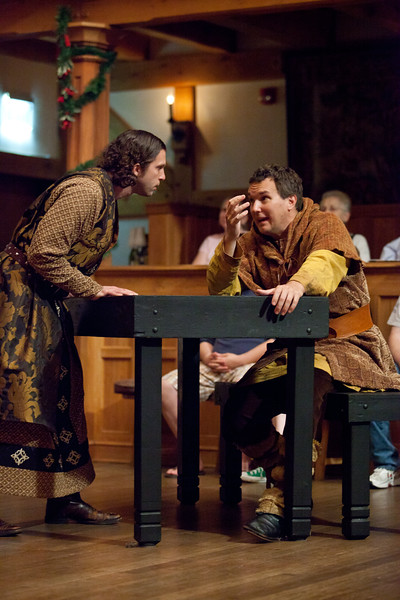 Gregory Jon Phelps and John Harrell in THE LION IN WINTER. 2012. 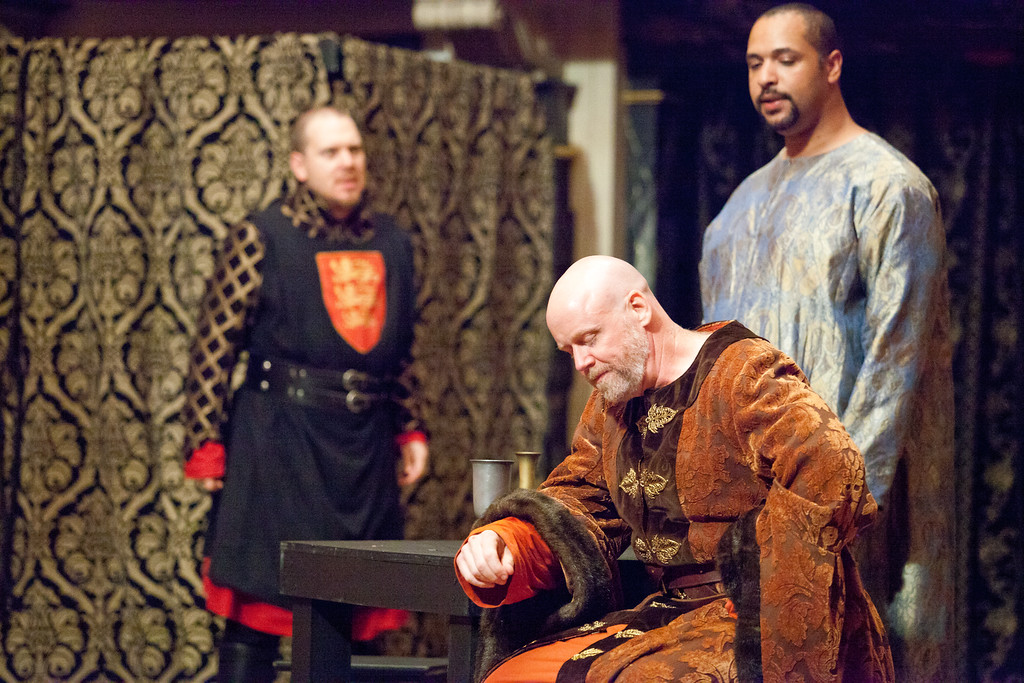 Benjamin Curns, James Keegan, and René Thornton, Jr. in THE LION IN WINTER. 2012. 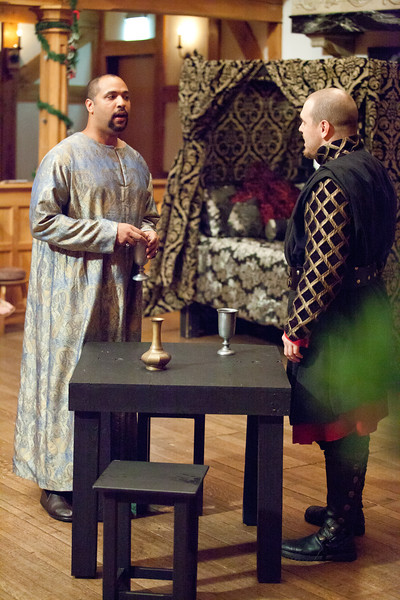 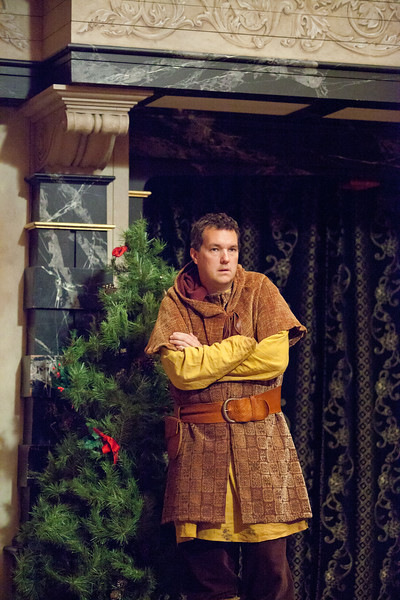 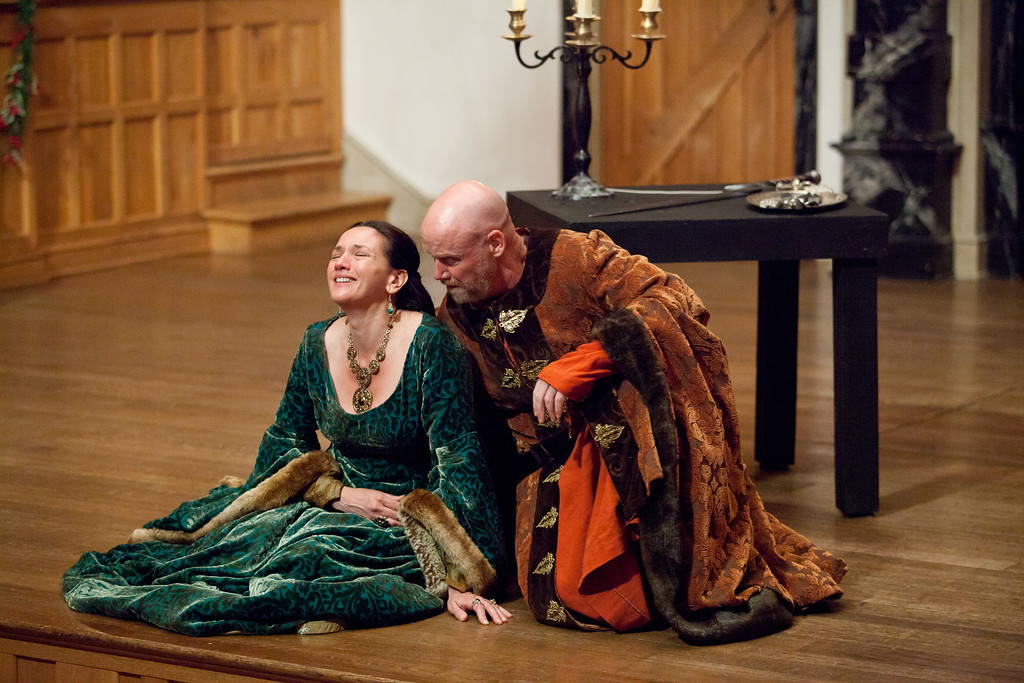 Tracy Hostmyer and James Keegan in THE LION IN WINTER. 2012. 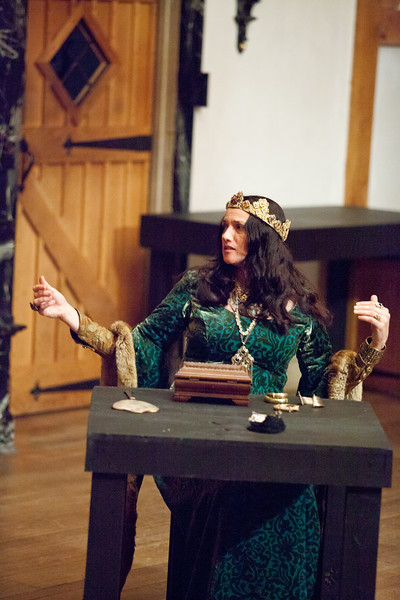 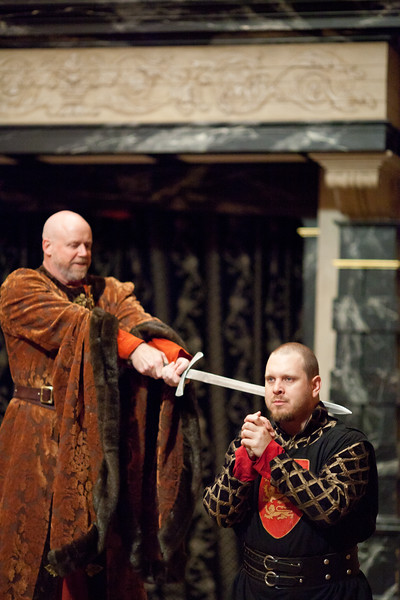 James Keegan and Benjamin Curns in THE LION IN WINTER. 2012.

A modern masterpiece with the lights on

Edited thoughts I shared via e-mail over a year ago when we were putting together our 2012/13 Artistic Year.

I had not read The Lion in Winter by James Goldman since college (and that was a long time ago). I finished reading it again a few days ago…

Before reading the play again, my memory of it was like my memory of the 1968 Hepburn/O’Toole film: “I think I remember liking them,” that the story was kind of King Lear-ish with songs instead of daughters, dark-ish, history-play-ish. After reading it this past week, The Lion in Winter is now a “have to” for us…we just have to do it. It will be immeasurably moving, funny – and movingly funny – done by us, in our space, with the lit audience as part of the world of the play.

Lion the play has a touch of Beckett/Stoppard weirdness-intrigue-off-kilter-theatricality. I just watched the film again (and then again with commentary by directory Anthony Harvey) and film is a vastly different medium from live theatre. The film is great. But the play can be even better.

We have to do it.

AND, we have to do it with King John with the same actors playing John, Philip, Eleanor in both plays (and the same actor playing Richard and his bastard son).

The court scenes in Look About You (ASC 2011 Actors’ Renaissance Season) gave us a tiny taste of the historical King Henry II who splits his crown with his eldest son, Henry, Jr. The Lion in Winter picks up after Henry, Jr. is dead; King Henry wants his youngest son John to succeed him while Eleanor (whom the king has held captive in one of his castles) supports their oldest living son Richard to be the next king, and Geoffrey plays the middle. Henry’s live-in mistress is Alais, whose younger brother Philip is the newly crowned King of France and comes to make trouble. King John picks up after King Henry, Richard the Lionheart, and Geoffrey are dead and John is on the throne of England while Philip of France is still making trouble for him by backing Geoffrey’s son Arthur as England’s rightful King.

Lion was not commercially successful on Broadway (it closed after eighty-three performances in 1966). But the popularity of the 1968 film not only resurrected the play, it propelled it to worldwide prominence and helped it become recognized as a modern masterpiece. The fact that this popular masterpiece will be uniquely deep, warm, and truly funny in our style, AND the fact that its story provides a prequel to King John, makes it a perfect fit for us in 2012 as John becomes the ninth of Shakespeare’s ten history plays in our cycle The Rise and Fall of Kings.

Although hundreds of theatres have performed it over the decades, I can’t find records of anybody doing Lion in rep with King John (Cincinnati Shakespeare did them both in successive years, but not in one repertory season)…and certainly nobody’s done this play with the lights on in the world’s only re-creation of Shakespeare’s indoor theatre.

I hope you enjoy our Lion, and I hope you double dip and see our King John, too.