In this magical, violent, and beguiling comedy, Imogen — Shakespeare’s brave and virtuous heroine — must endure a series of humiliating trials before all is set right through the astonishing revelations that end the play. Loved for its ravishingly beautiful language and enthralling storytelling, Cymbeline has long been a cult favorite in which Shakespeare forces his characters to take a leap of faith and, when they do, they and the audience discover that miracles can happen even when it seems that all is lost. 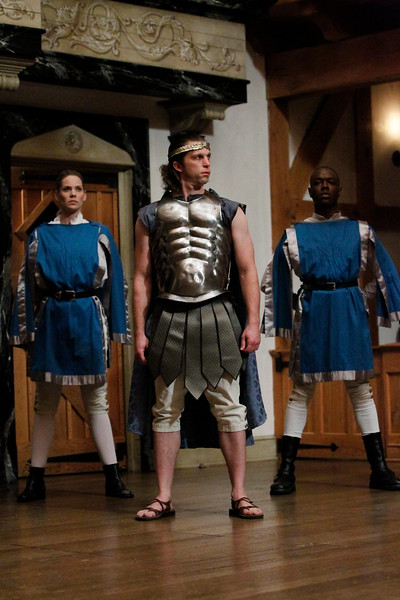 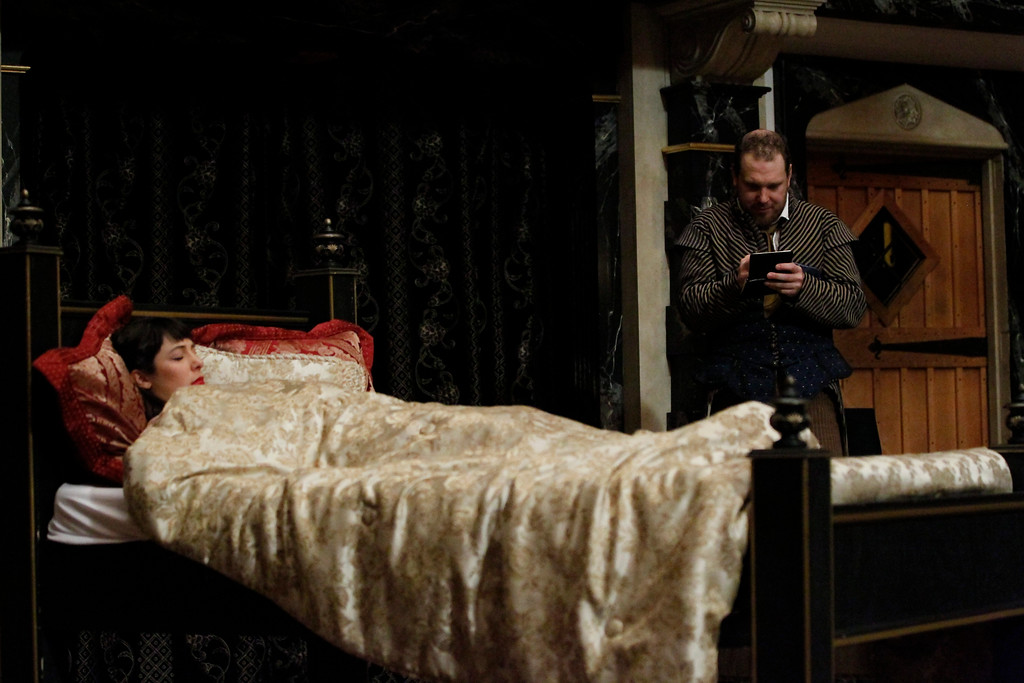 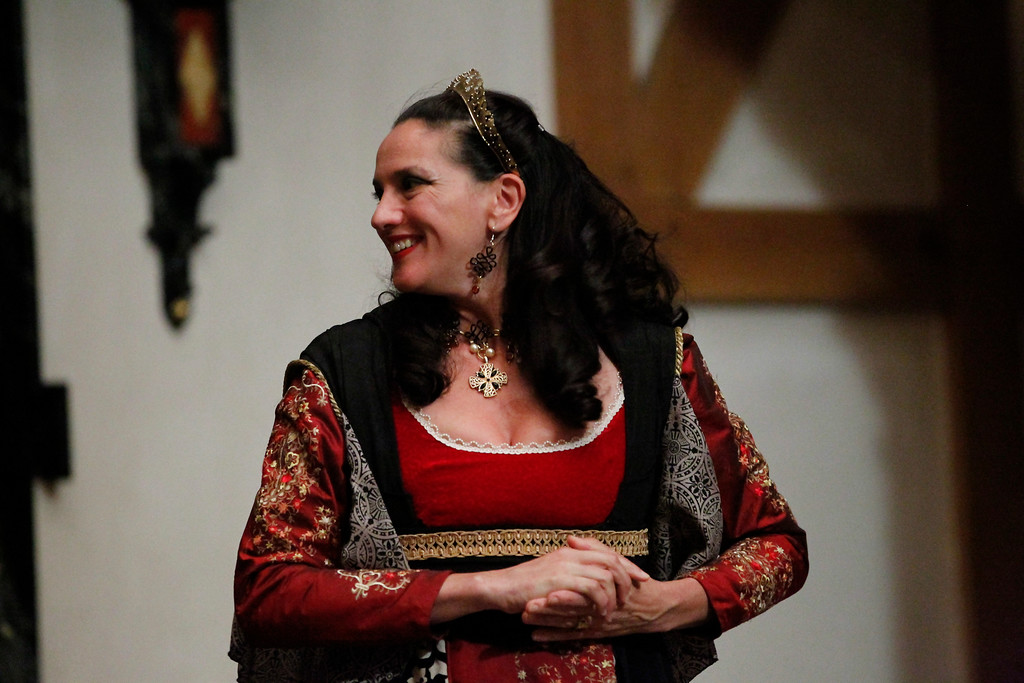 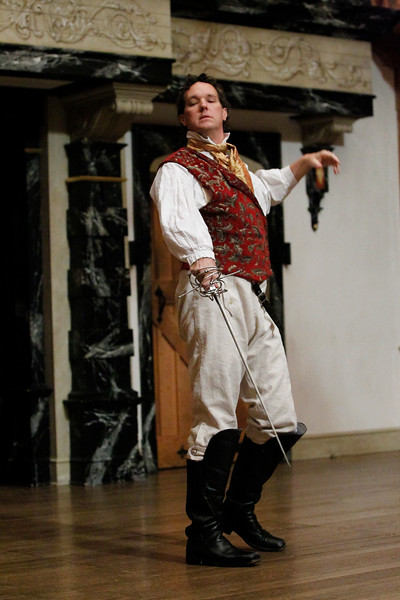 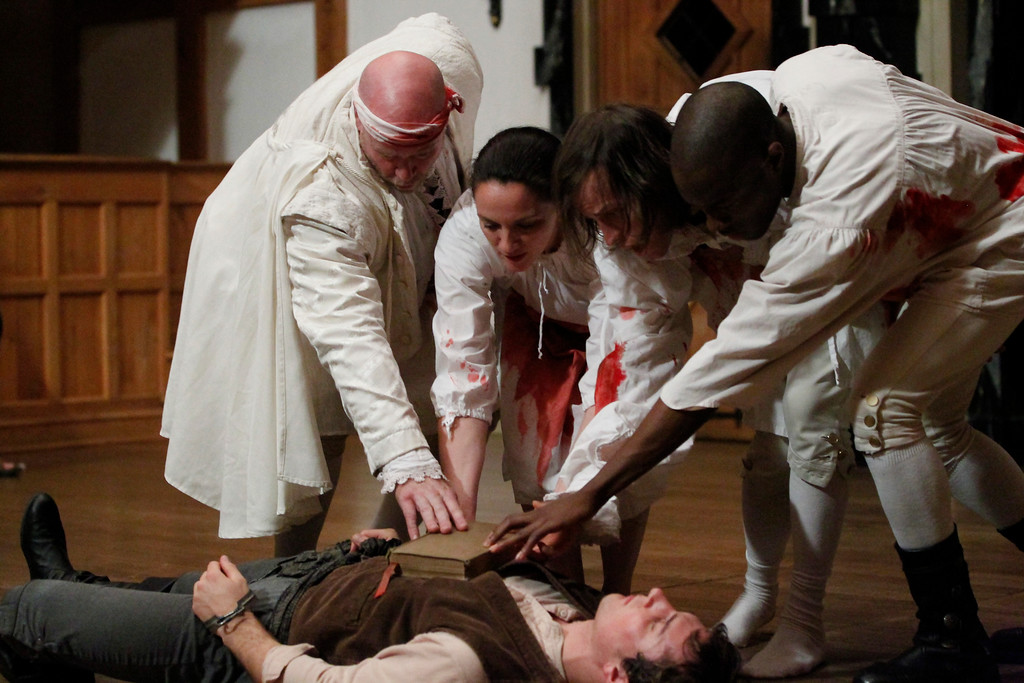 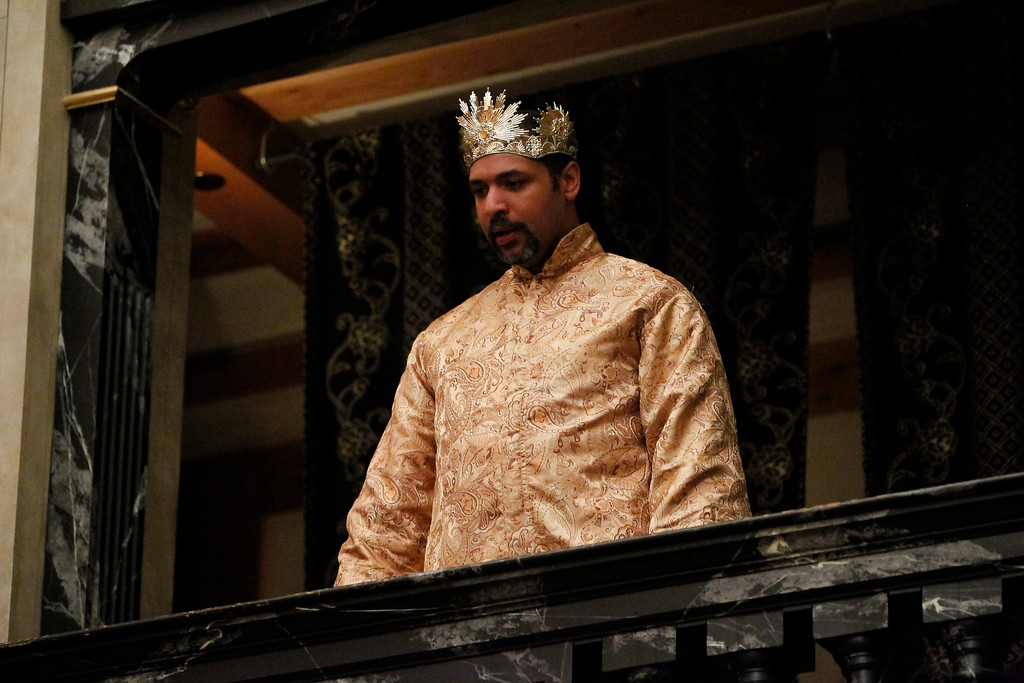 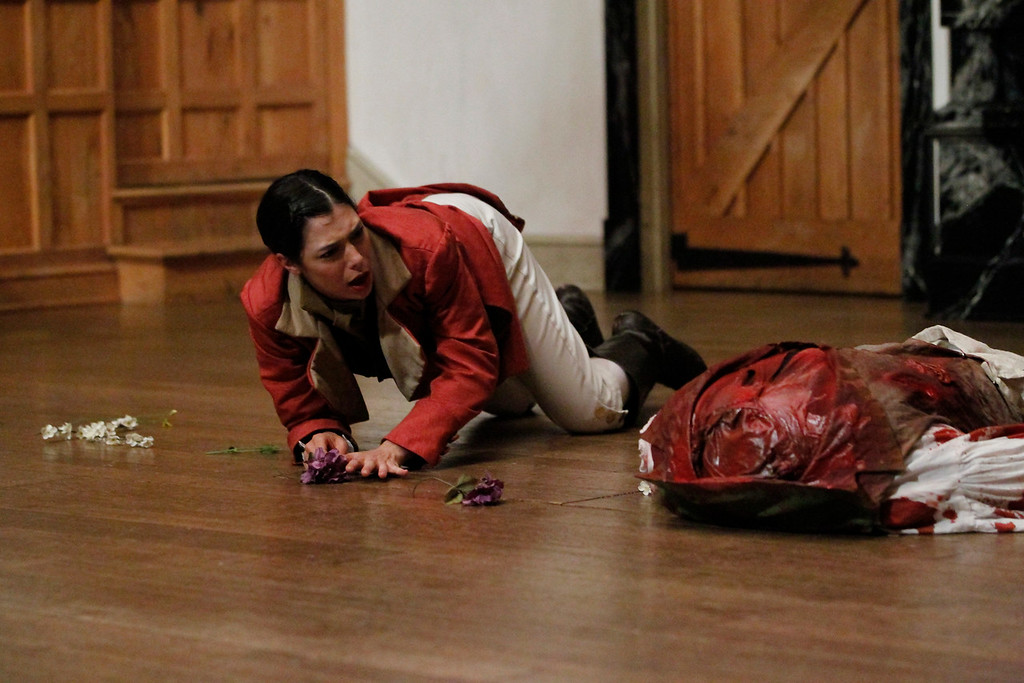 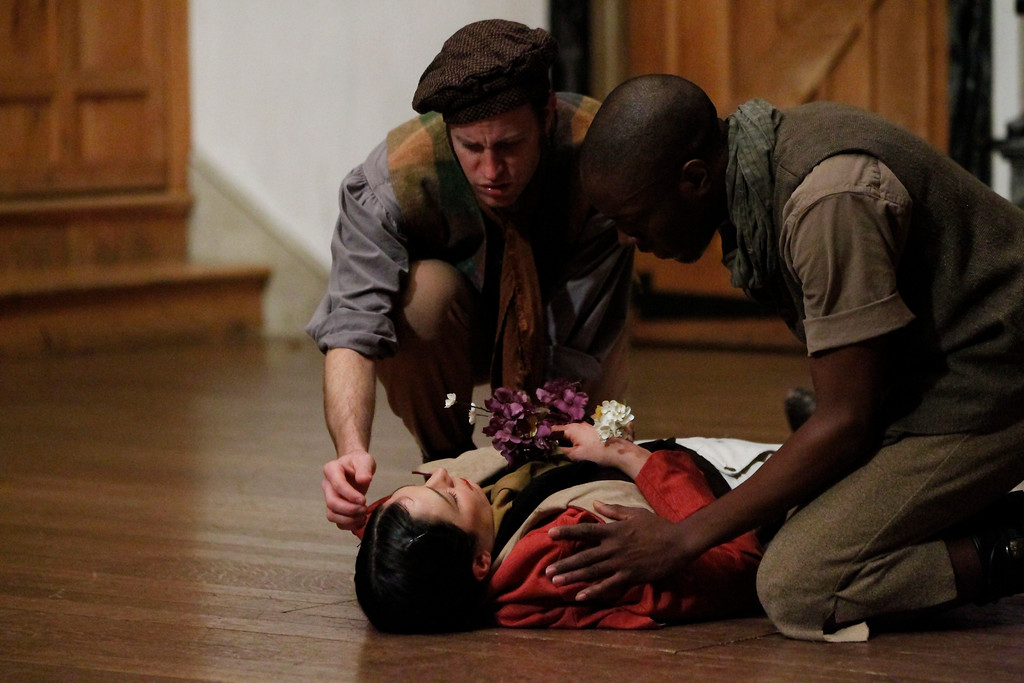 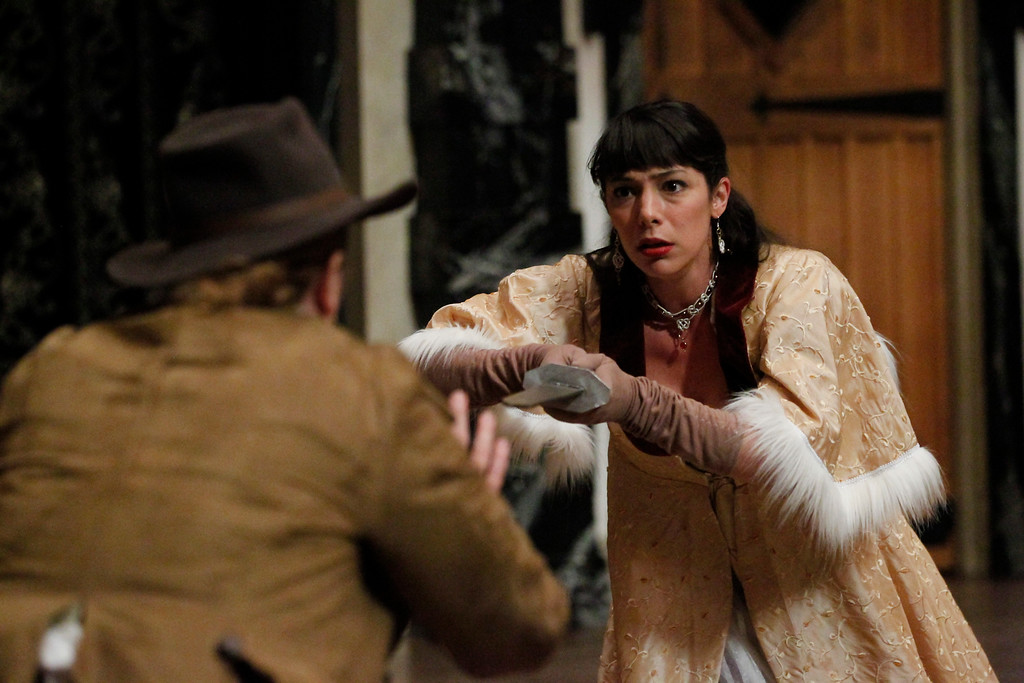 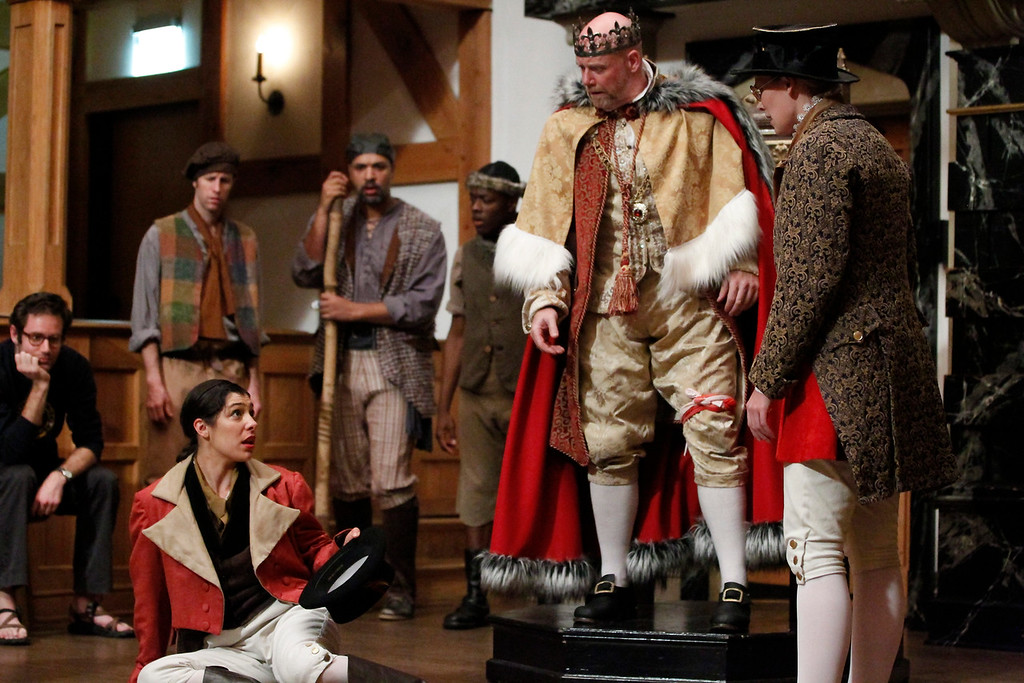 More than just a fairy tale

In the early 1600’s, Shakespeare had grown remarkably successful as a playwright and member of the Lord Chamberlain’s Men (later the King’s Men when James became their patron after ascending to the throne in 1603). By 1608-09, the King’s Men were operating both of their extremely lucrative theatres – the outdoor Globe and the indoor Blackfriars – and Shakespeare was at the height of his popularity, having already written his most famous comedies, tragedies, and histories. From this peak, Shakespeare launched what turned out to be the final phase of his writing career by creating several plays with some fairy-tale elements at their core. Cymbeline, Pericles, The Winter’s Tale, and The Tempest are now bundled as “Romances,” but each of them is its own unique experiment with different kinds of plots, subplots, flavors, and fairy-tales-gone-wild.

Cymbeline is a bunch of different things and that caues problems for those folks with an obsessive need to label, categorize, and file everything in quaint, separate genre boxes. It’s a fairy tale with an evil stepmother poisoning a princess. It’s listed in the first Folio as a tragedy. It’s a romantic drama with a thwarted love store, it’s a comic melodrama with some hairpin turns, it’s a “dramedy” without a canned laugh track. It’s also an action adventure that travels to exotic lands. It’s a history about a monarch’s lost children and the run up to a might war. And it’s about reunions, redemptions, some people dying, and some living happily ever after.

The cornucopia nature of the play containing so many different treats makes it fascinating, but difficult for modern directors who often think their job is to emphasize one element above all others in Shakespeare productions. The real magic of Cymbeline is how each intriguing, individual piece combines with the next to create a powerful fusion; overemphasizing any particular part of it throws the balance out of whack. What I love most about Shakespeare is how his plays are never “just” any one thing. Multiplicity and ambiguity are essential ingredientts to the alchemy that makes Shakespeare the greatest playwright ever. And while I think these ideas are the key to staging all of Shakespeare’s plays, they are even more important with Cymbeline.

Just as a heavy metal megalomaniac slipped out of his regular reptile skin to sing a lullaby about fairy tales and dreams in the late 1970s, like a bolt out of the blue, William Shakespeare did something similar during the late stretch of his career in which he penned Cymbeline. We hope to capture all of the multiple facets of this wondrous, enchanted gem Shakespeare gave us, not just the ones that glimmer like something out of Disney. If you join us, we think you’ll see and hear some pieces of your friends, families, co-workers, schoolmates, and yourself. It makes no difference who you are.