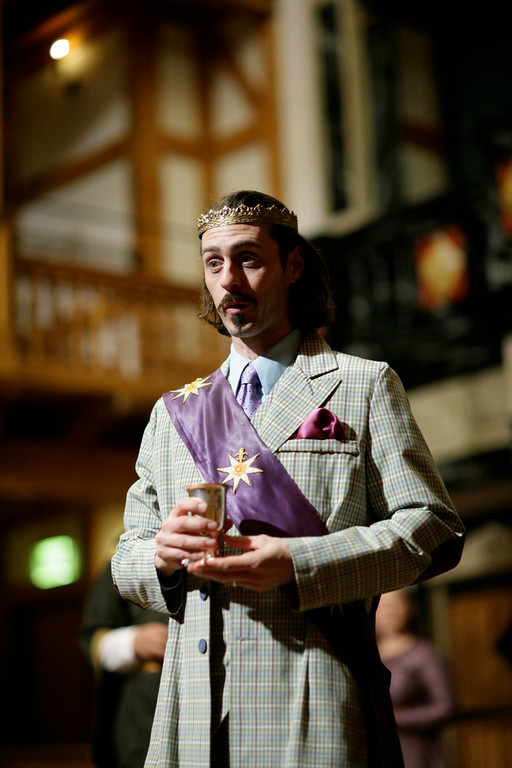 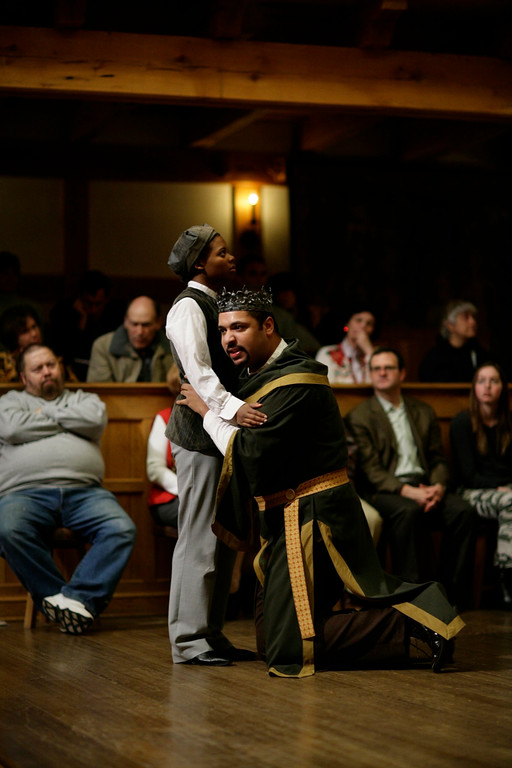 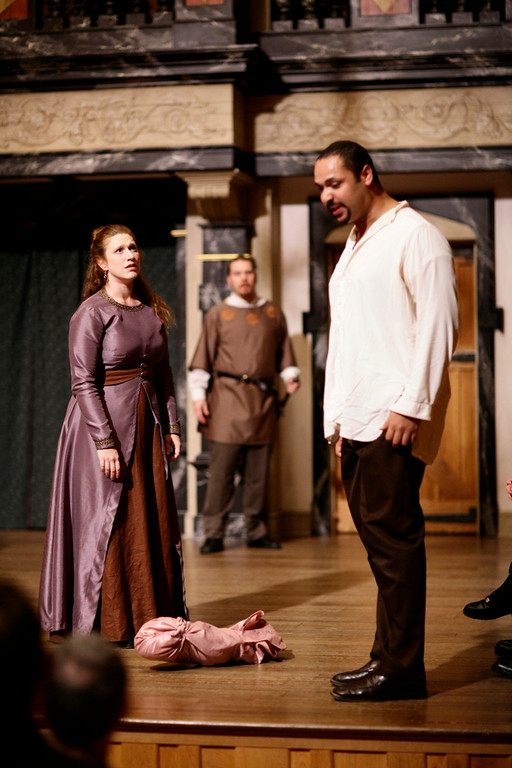 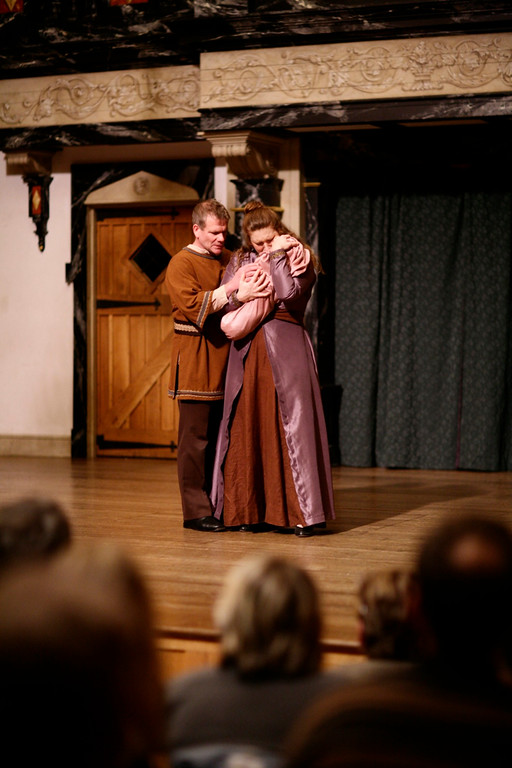 Jan Knightley and Allison Glenzer in THE WINTER'S TALE. Photo by TOMMY THOMPSON. 2007. 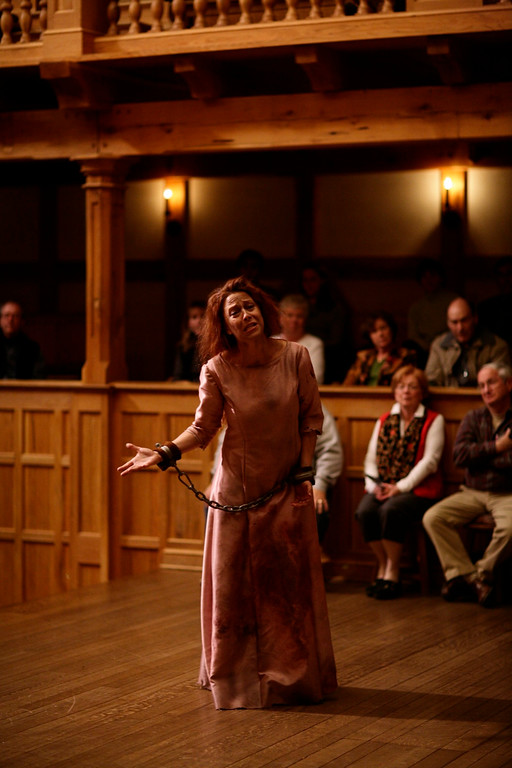 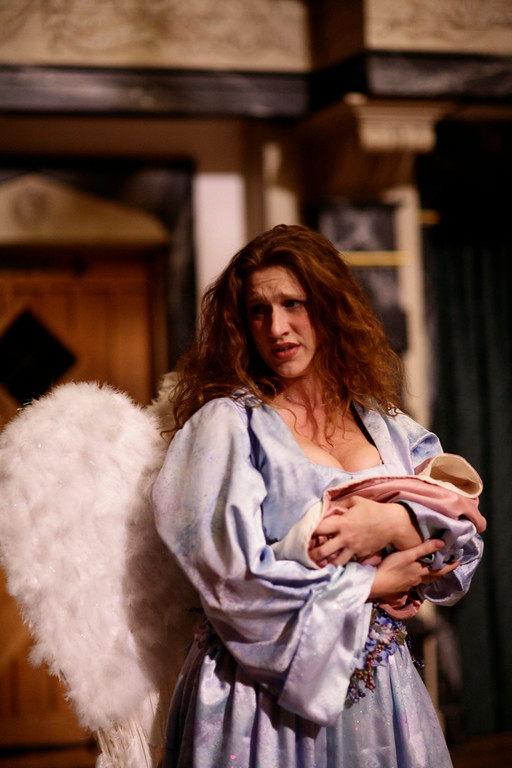 Allison Glenzer in THE WINTER'S TALE. Photo by TOMMY THOMPSON. 2007. 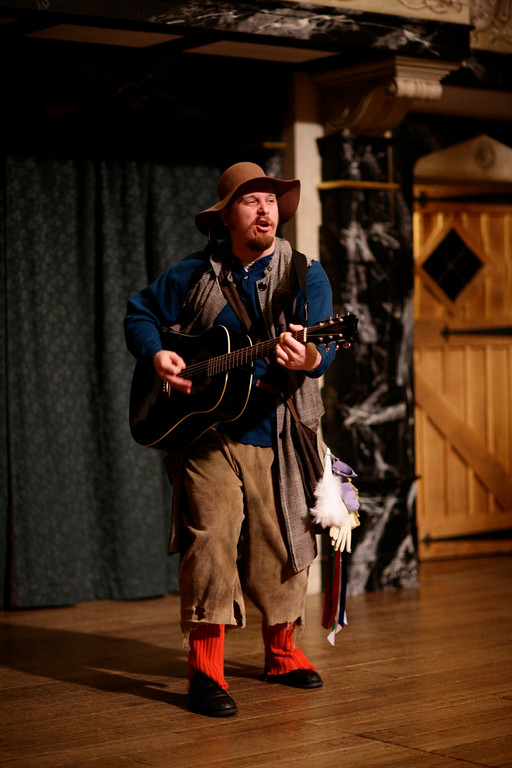 Benjamin Curns in THE WINTER'S TALE. Photo by TOMMY THOMPSON. 2007. 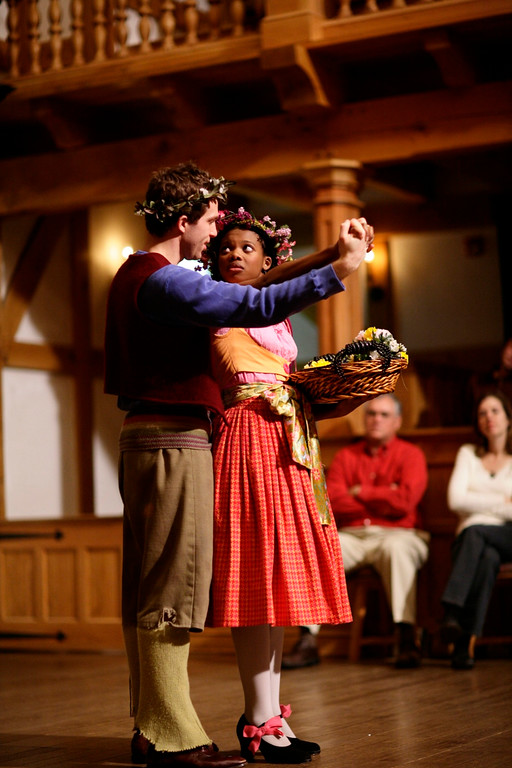 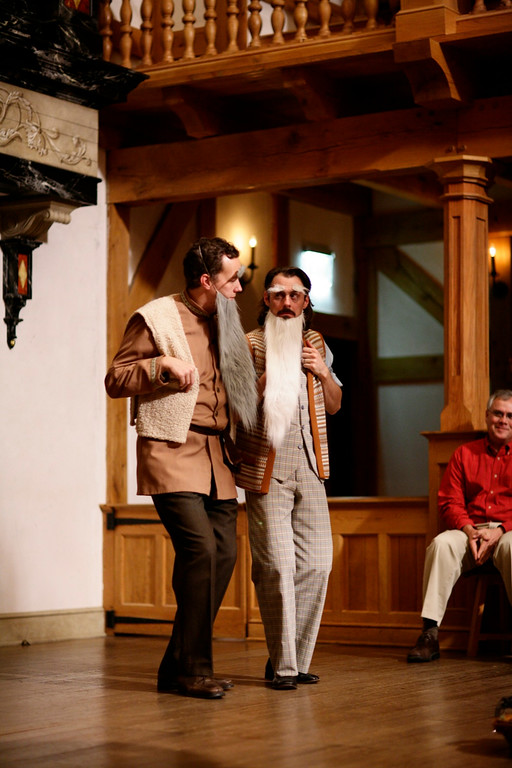 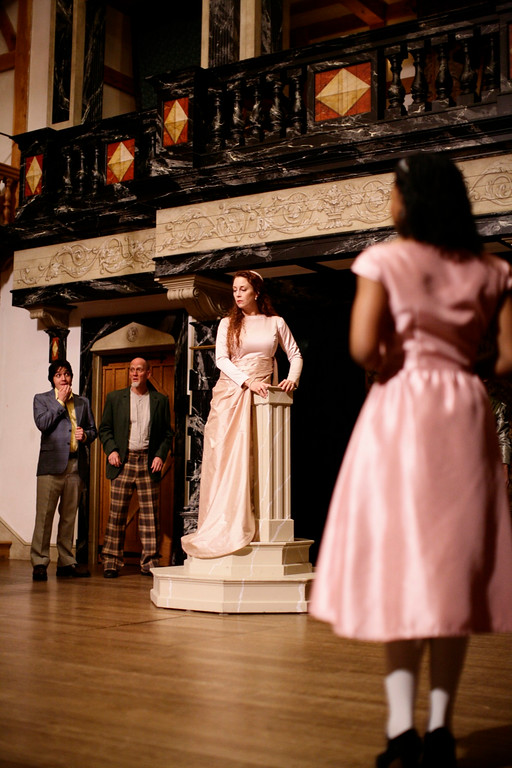 The cast of THE WINTER'S TALE. Photo by TOMMY THOMPSON. 2007.

vertigo, violence, and savoring the ripeness

Much more than the sum of its jealous, sexually threatened, angry, paranoid, sundering, innocent, open, calming, and magical parts, The Winter’s Tale explores the search for redemption or reconciliation after something absolutely horrific has taken place.

The Winter’s Tale divides, or more accurately, shatters into three sections. Leontes’s jealousy, sudden and complex, breaks over a world of loving families and strong friendships with the luminous violence of a late summer storm. The first part of the play should move very quickly; as spectators, we should feel something of the vertigo and the violence that has seized Leontes, and by extension, his kingdom. Act IV is a celebration of innocence, enthusiasm, and young love. In spite of Polixenes’s arrival in disguise at the harvest festival, we should feel hopeful that the tragic turns of the first part of the play, through this younger generation now before us, may be redeemed. We also instinctively feel that we must return to Sicilia. When we do return, the play can afford to take some time, particularly in the penultimate scene, when Paulina’s steward and the other gentlemen relate the wonders they have seen to Autolycus and to us, and in the final scene, when Hermione’s statue is revealed. We should feel that the play is hurtling past us at some moments, swirling around us in others, and, in Act V, embracing us.

The women own the world of this play. While they are still at the mercy of the caprices of men, Paulina, Hermione, and Perdita echo one another, creating an expressive link among the characters and illuminating the tender, protective, and sexual strengths inherent in the language of the play. Hermione is grace and dignity in the face of her husband’s sudden violent rejection and public humiliation of her; she “never wished to see [Leontes] sorry.” Paulina embodies fidelity and reconciliation, through her commitment to the memory of those lost to Leontes’s violent jealousy and through her caretaking of both Leontes and the memory of his good queen: “These dangerous, unsafe lunes i’th’King, beshrew them! He must be told on’t, and he shall; the office becomes a woman best.” Perdita, in the face of Polixenes’ angry threats, is “not much afeared” and tells Florizel that she’ll “queen it no inch farther, but milk my ewes and weep.”

I encourage you to embrace what is obscure and difficult in this play; Shakespeare is telling us about the world of the play through these verbally opaque moments. It is no accident that Hermione says “Sir, / You speak a language that I understand not.”

Shakespeare weaves threads of magic and loss throughout The Winter’s Tale. We often want to say that a terrible thing has not happened in vain, that good comes out of it. But some losses cannot be made good. I want to forgive Leontes by the end of the play, but I don’t want to let him off the hook for his outrageous behavior. Forgiving is not the same thing as forgetting, and tragic events often happen for no discernible reason. Alice Trillin, reflecting on her own illness and writing to a young friend who was recovering from rape, wrote, “No one would ever choose to have cancer or to be raped. But you don’t get to choose, and it is possible…to begin to understand the line in King Lear – ‘the ripeness is all.’ You might have chosen to become ripe less dramatically or dangerously, but you can still savor ripeness.”