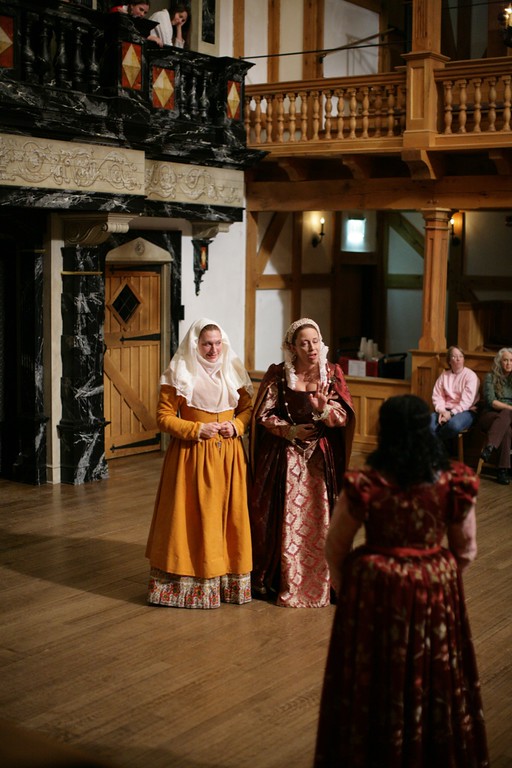 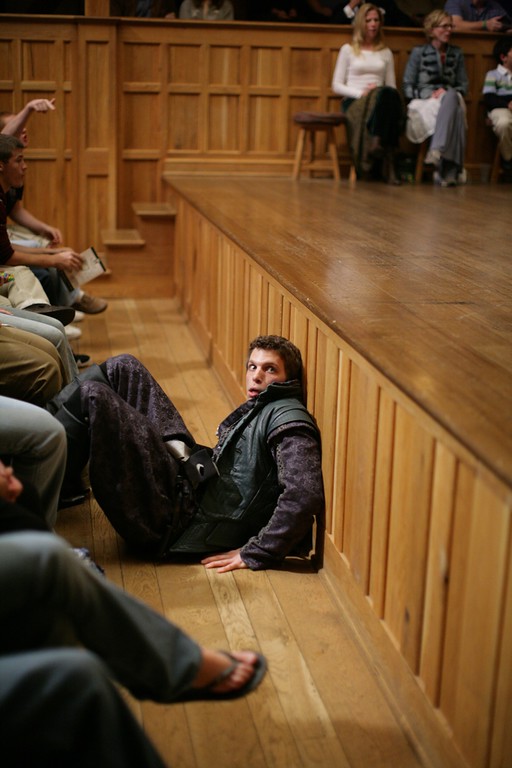 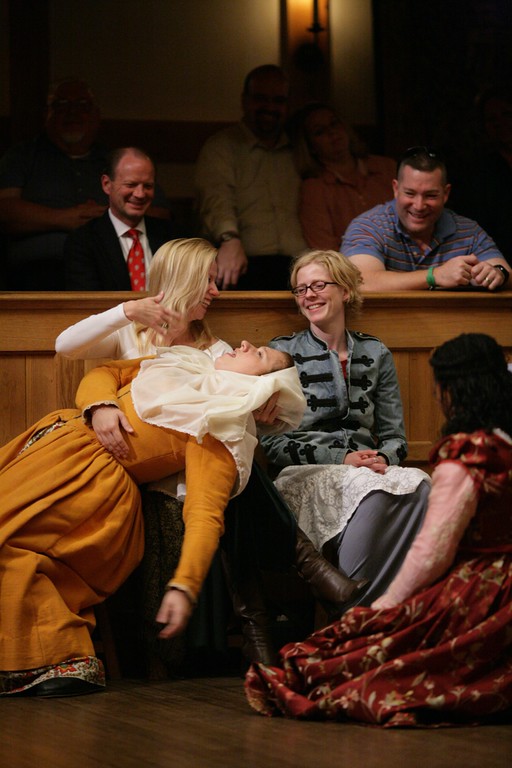 Allison Glenzer in ROMEO AND JULIET. Photo by TOMMY THOMPSON. 2007. 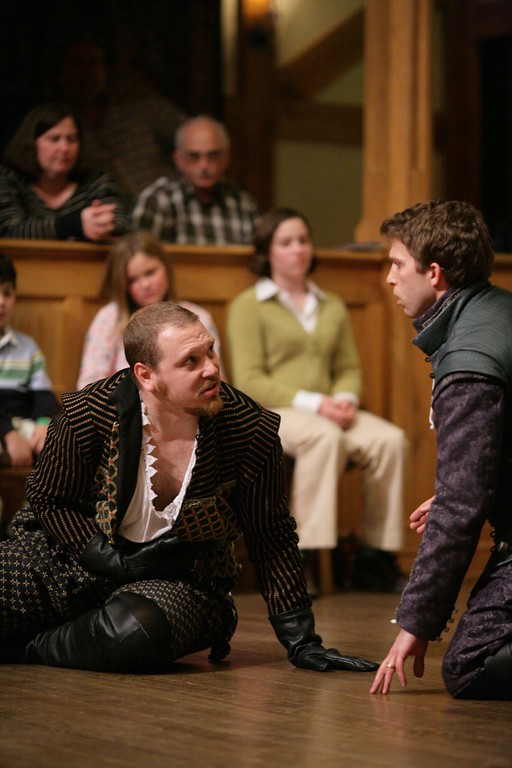 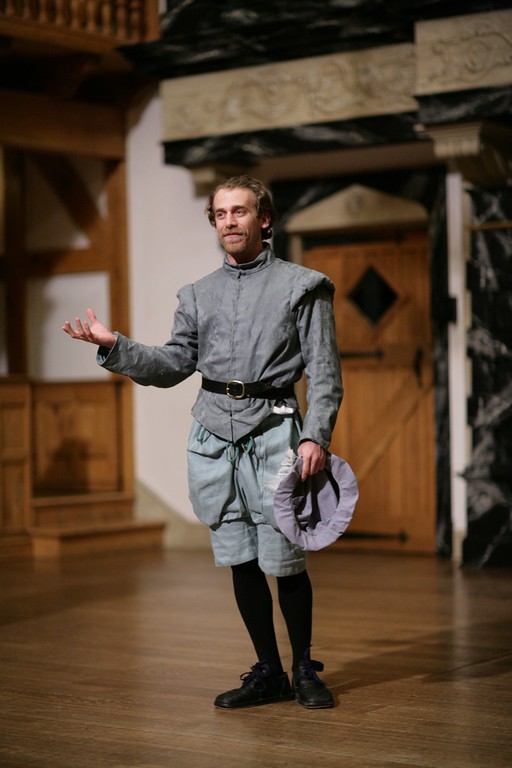 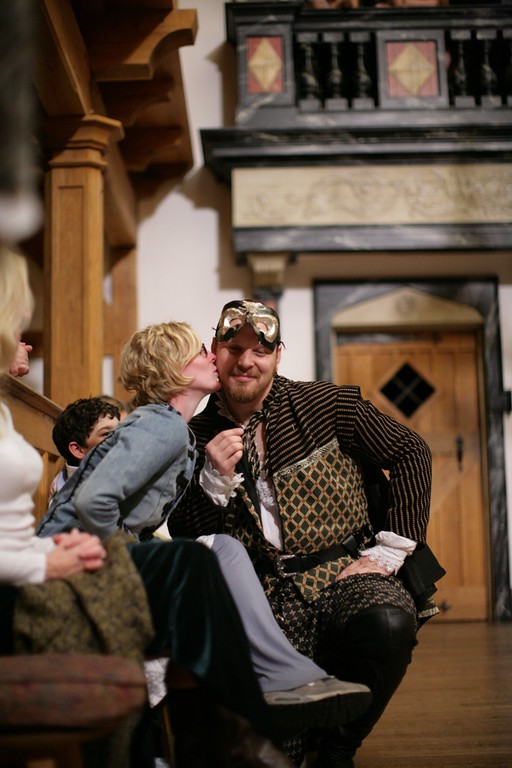 Benjamin Curns in ROMEO AND JULIET. Photo by TOMMY THOMPSON. 2007. 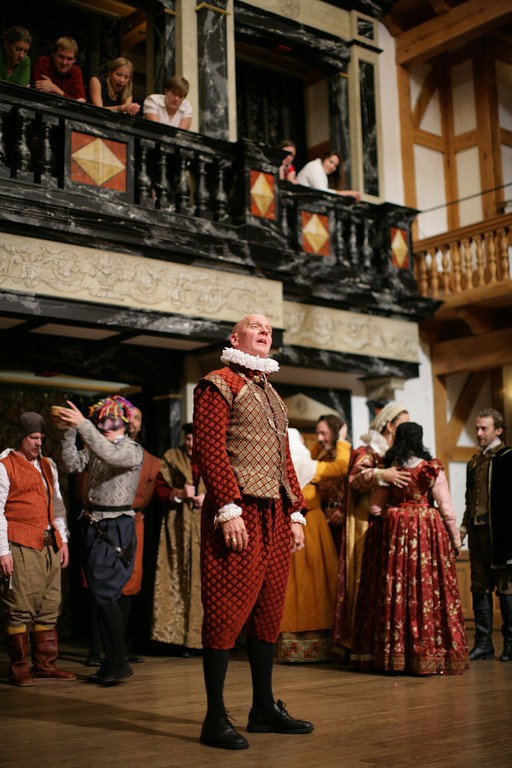 The cast of ROMEO AND JULIET. Photo by TOMMY THOMPSON. 2007. 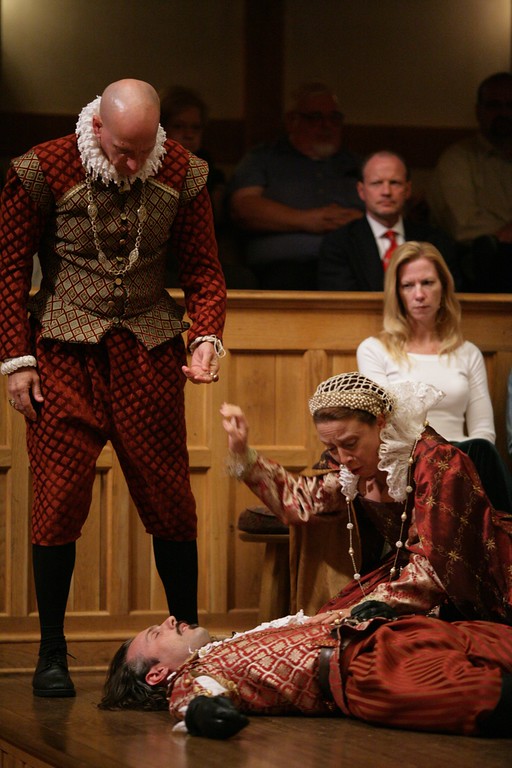 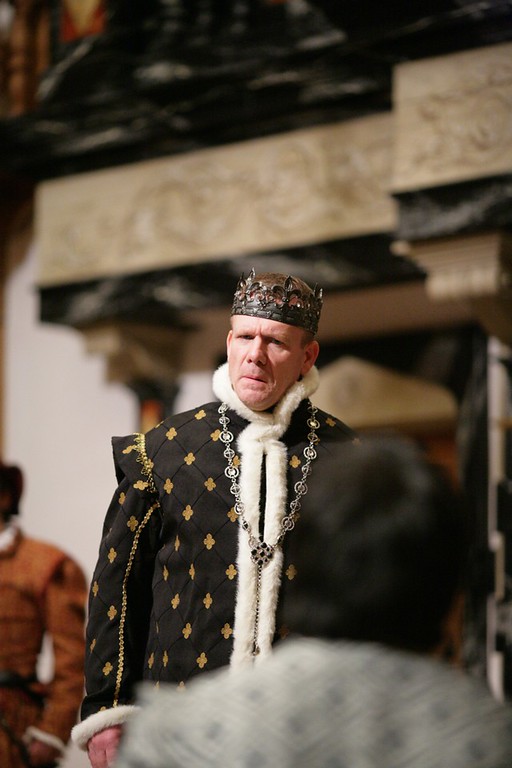 Jan Knightley in ROMEO AND JULIET. Photo by TOMMY THOMPSON. 2007. 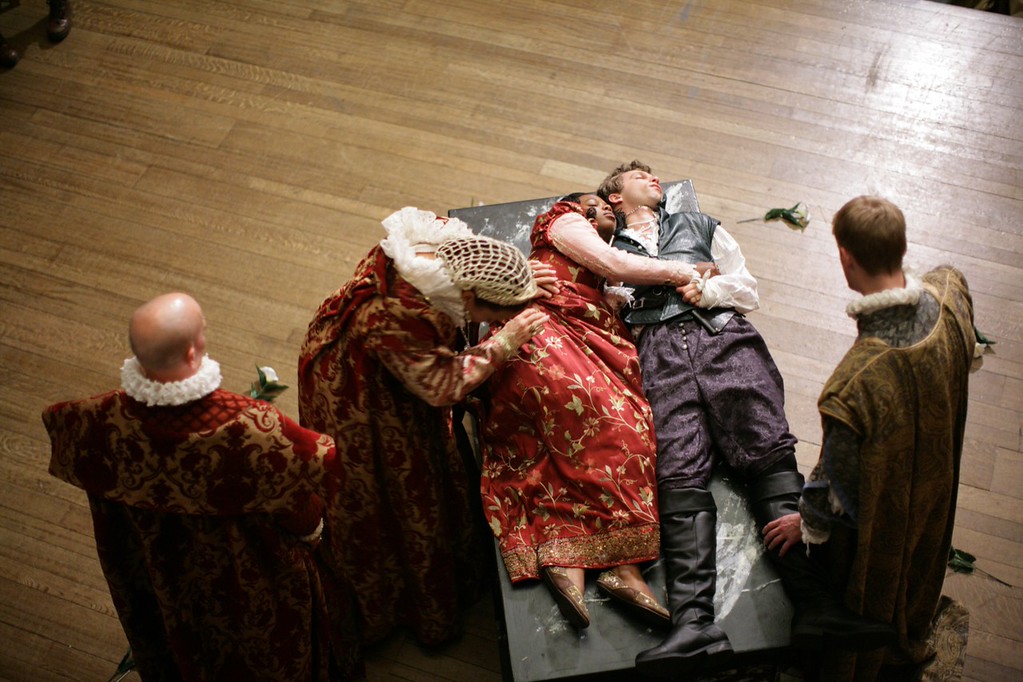 The cast of ROMEO AND JULIET. Photo by TOMMY THOMPSON. 2007.

We learned more from a three-minute record than we ever learned in school.
Bruce Springsteen

Romeo and Juliet was the first full-length play I directed in college. I cast a high-school junior named Kate Cohen in the part of Juliet; Kate was the daughter of Ralph Alan Cohen, whom I’d met the year before when he cast me to play Enobarbus in Antony and Cleopatra, the first play he directed by himself. Twenty-two years later, I’m now preparing to direct R&J again, this time in the world’s only re-creation of Shakespeare’s indoor theatre; the ASC and the Blackfriars Playhouse are fruits of my 20-plus years of collaboration with Dr. Cohen.

This is the time to remember, ’cause it will not last forever
These are the days to hold on to, ’cause we won’t although we’ll want to
Billy Joel

When I first directed R&J, I was twenty years old. I think a legitimate criticism of that modern-dress college production (with a loud, ever-present, cinematic rock and roll soundtrack; fights with trash cans and baseball bats; and a slow motion killing with a golf putter and a strobe light) was that I gave the world of the kids more weight and credence than the world of the adults. Now that I am a father of two little girls and have two more decades of life in my bag of tricks, I hope that I can bring balance to the story. I don’t believe the adults in R&J are all idiots all the time. As a matter of fact, I think Daddy Capulet gets two huge brownie points for 1) urging Paris to “woo” Juliet because Dad (initially) wants to allow his daughter to choose her husband herself and 2) knowing his foes’ son (Romeo) has crashed his party, he tells Tybalt to chill out because rumor has it that Romeo is “virtuous and well-governed.” The timeless truth Shakespeare tapped into throughout his play is that human beings, young and old, are full of both positive and negative qualities, heroics and foibles, beauty and warts.

The days were endless, we were crazy we were young
The sun was always shining, we just lived for fun
Queen

Another element of timeless truth in R&J is that young people often have sex on the brain; it’s a play filled with some of the bawdiest humor Shakespeare ever wrote. These Capulet and Montague teenagers are fixated on sex, sexual humor, and plain ol’ dirty jokes – just like teenagers today and teens of every era. While we at the ASC don’t feel the need to illustrate each and every dirty joke with gestures and gyrations, part of our job is giving the words their due and letting the meaning and the humor breathe. We will never “add” bawdiness or nudity that Shakespeare did not write; so if you hear a dirty joke, know that Shakespeare is the culprit. The “crushed-velvet Shakespeare” that many romanticize as “high culture” has given us the preconceptions that R&J is just some sort of sanitized and beautiful romance; but the first half of R&J is probably the funniest first half of any play in his canon. This humor allows the tragedy of the second half to resonate on a deeper level. As Shakespeare progresses in his career, he becomes even more adept at interweaving his comic and tragic threads. Antony and Cleopatra, written near the end of Shakespeare’s writing career, is a great example of a play laced with humor from beginning to end, as opposed to R&J which feels more sharply divided into a comic first half and a tragic second half. The symmetry of the young Shakespeare writing about young lovers and the older Shakespeare writing about an older couple is one of the delicious joys of the rotating repertory in our 2007 Summer/Fall Season; come back and see the same actors breathe life to the timeless truths on the other side of the timeline.