Loaded with startling contemporary commentary on politics, politicians, and “the people” politicians represent, Coriolanus gives us a stark look at the triumphs and failures of a tragic hero. With his insightful analysis on the political journey of Rome’s most famous military man, Shakespeare highlights the pitfalls of pride and the danger of arrogance in one of his final and most complex tragedies. 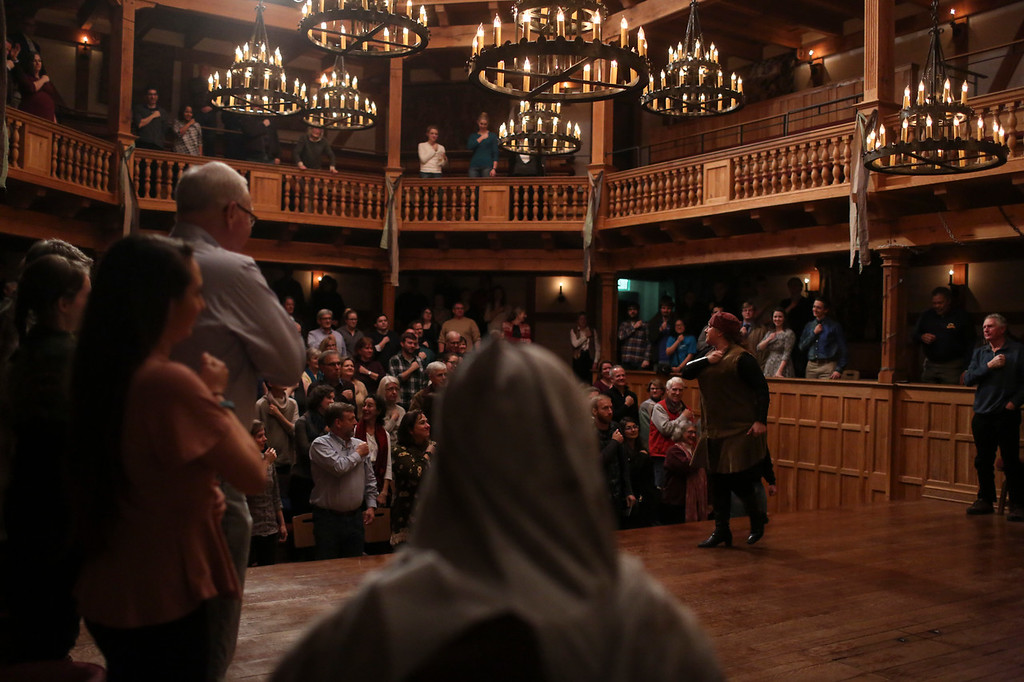 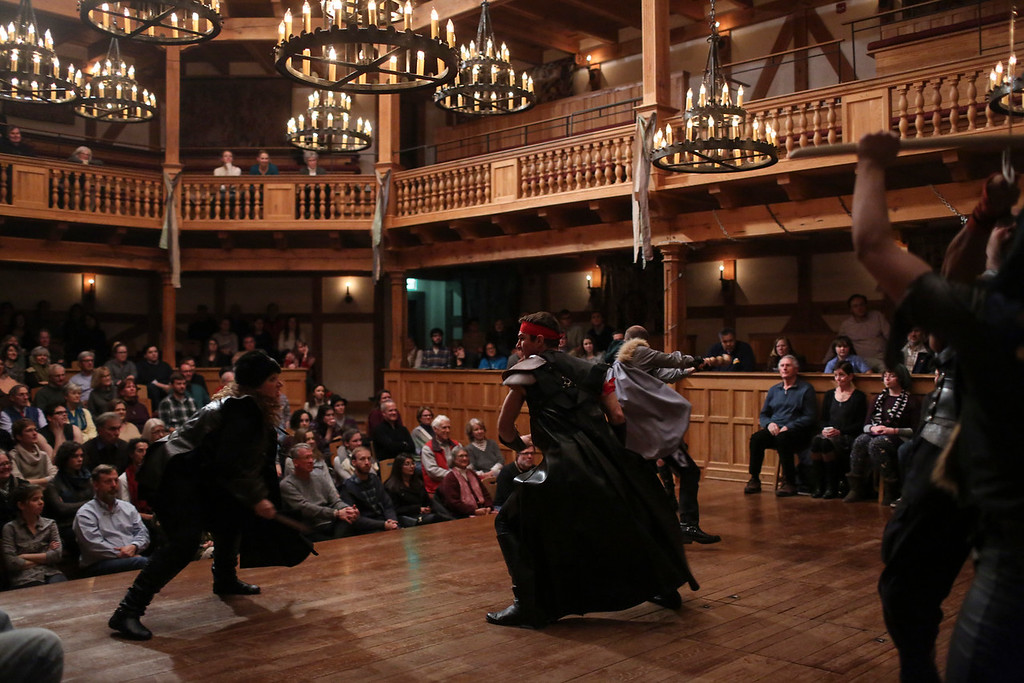 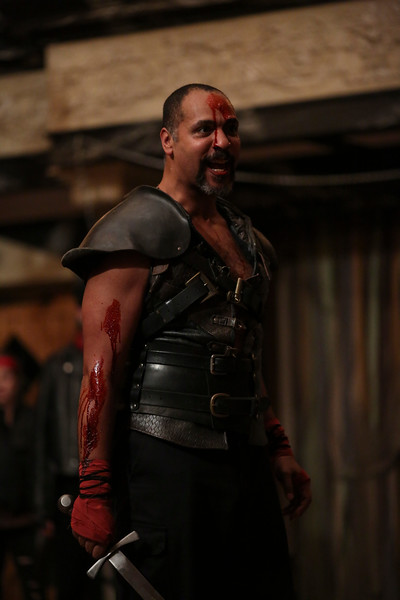 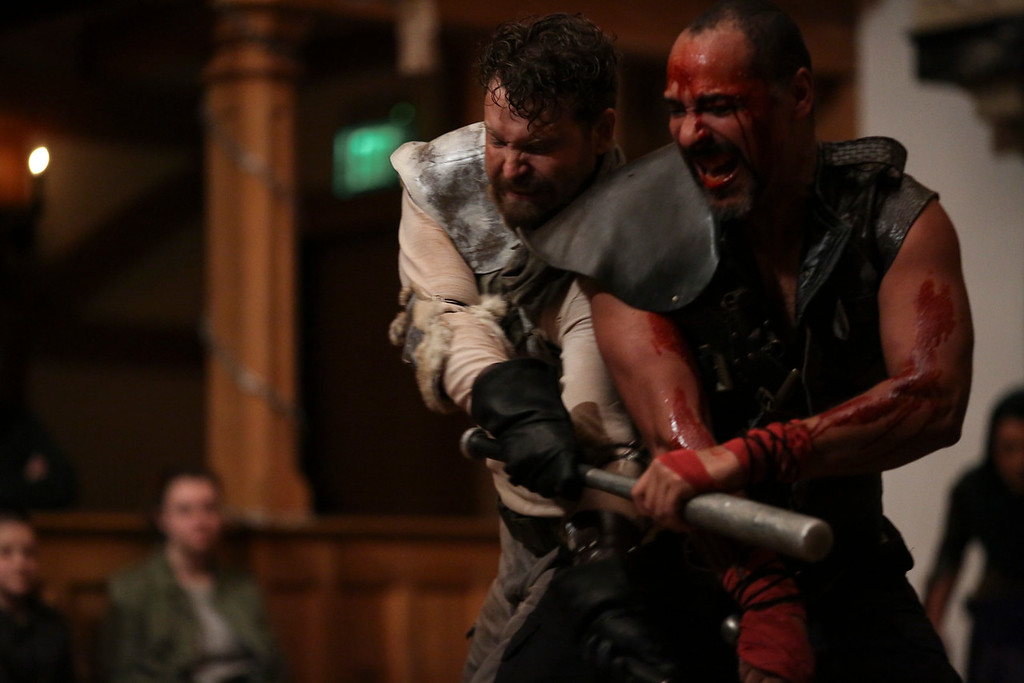 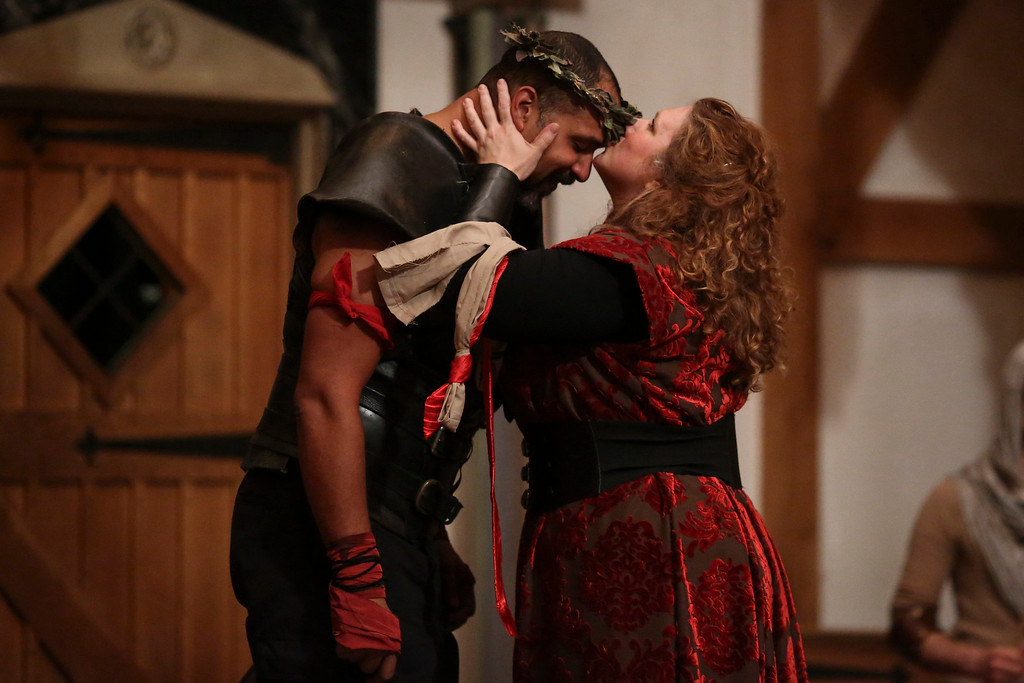 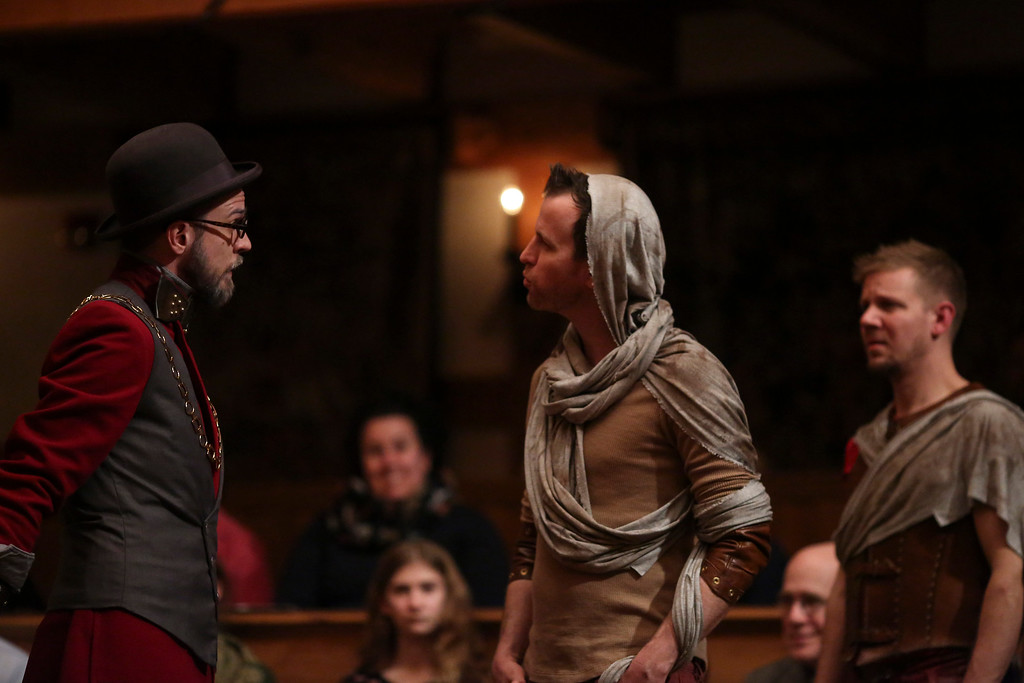 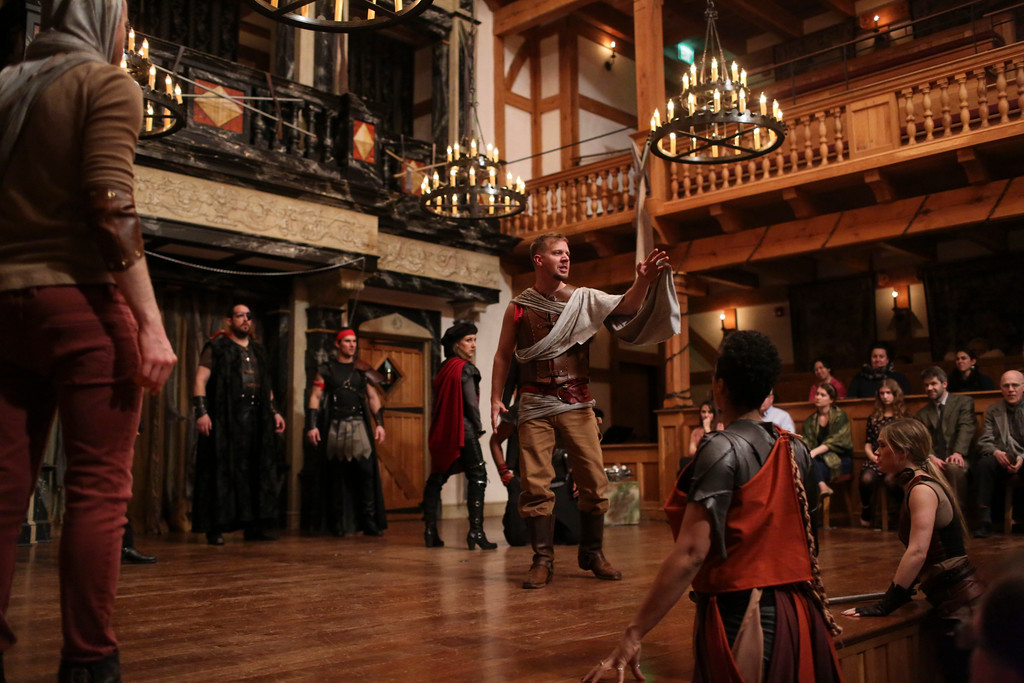 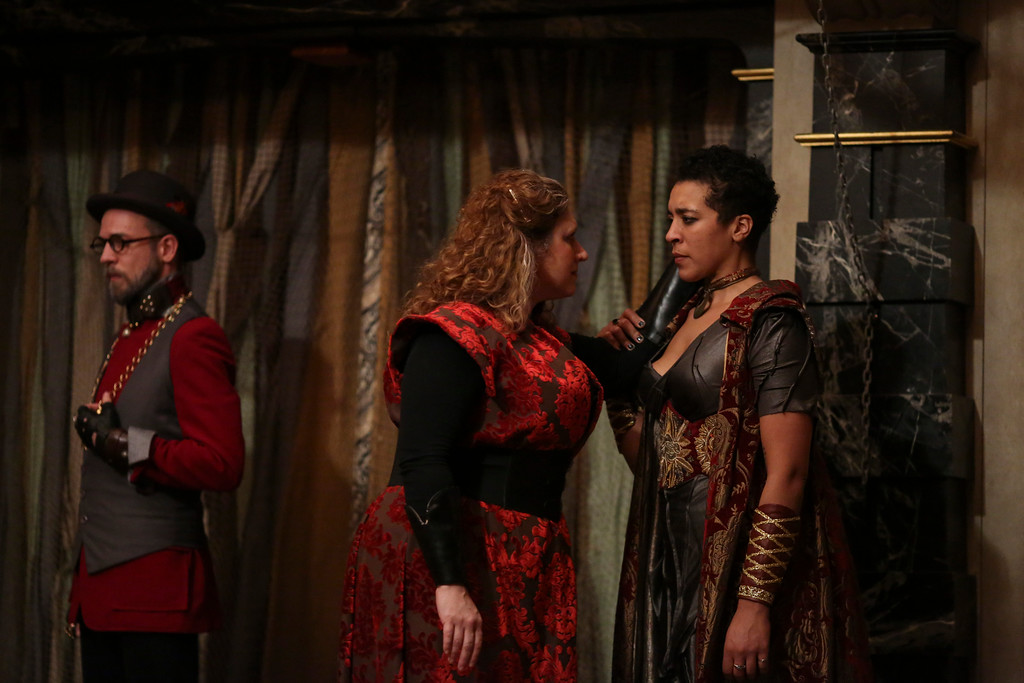 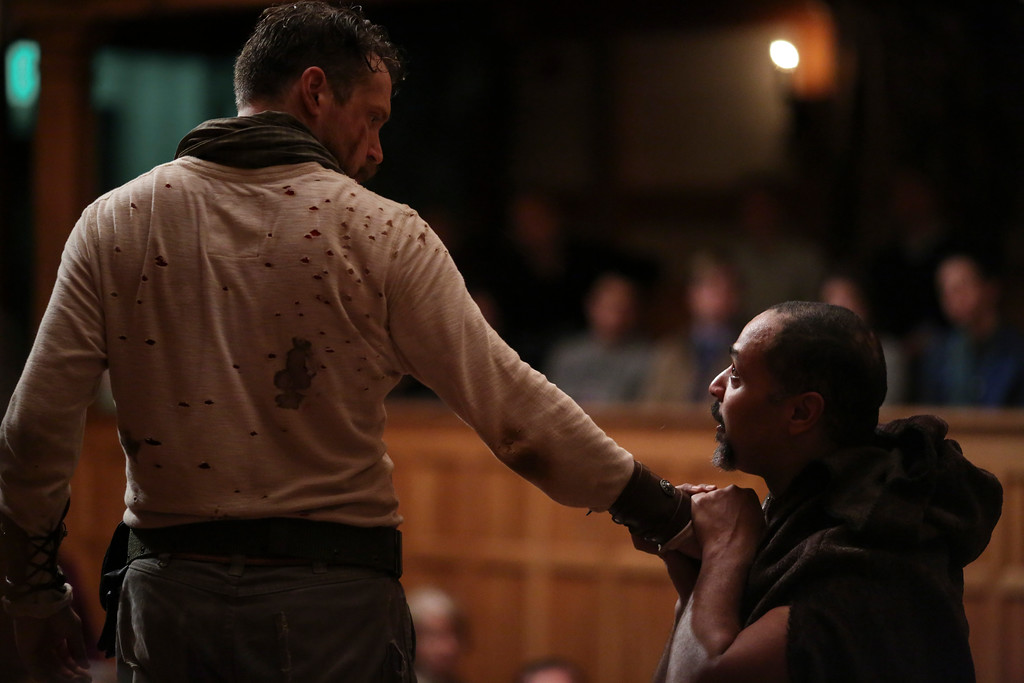 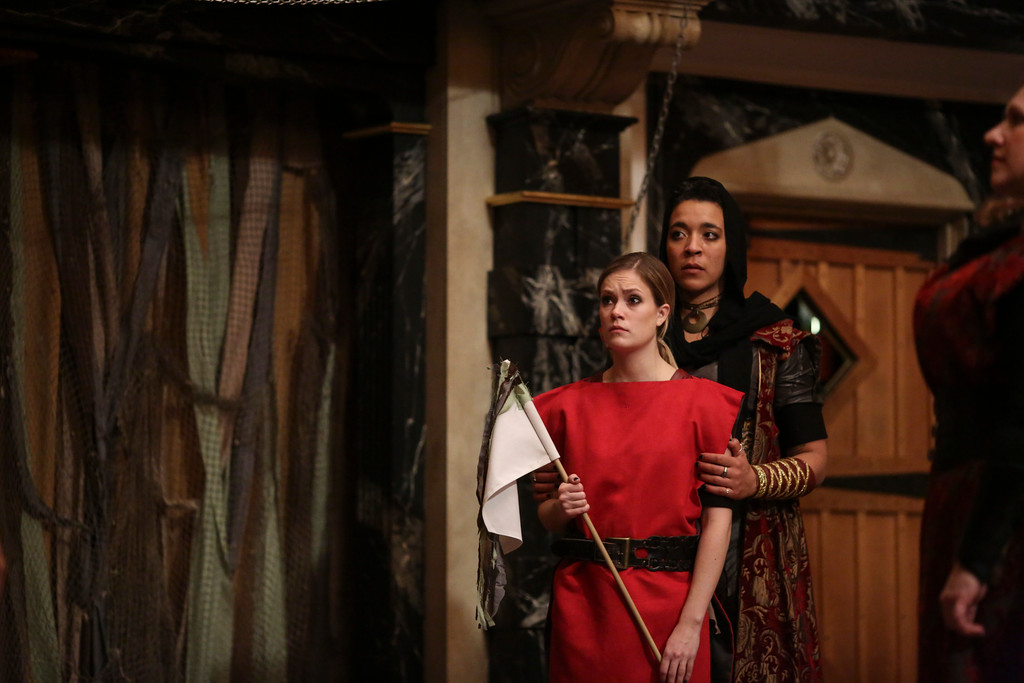 1. When was the play first performed?

2. Where was the play first performed?

The first production of which there is a record is Nahum Tate’s adaptation in 1682 at the Drury Lane theatre (where you currently can see Willy Wonka and the Chocolate Factory). At the Third Blackfriars conference, keynoter Peter Holland suggested that Coriolanus might have been the first of Shakespeare’s plays staged at the Blackfriars. Nice to think.

3. How does this play fit into Shakespeare’s career?

Coriolanus is probably Shakespeare’s last tragedy. The plays that follow are his tragicomedies, also called the “Romances.”

Like so many of Shakespeare’s title characters, Coriolanus is multi-faceted, a mixture of things we like and don’t like. And like Julius Caesar, one of Shakespeare’s three other Roman plays, the portrait the play paints of the people – the demo of the word “democracy” – is unflattering. As with Lady Macbeth, Shakespeare has created a woman of ferocious will and strength, Volumnia, Coriolanus’s mother, who challenges received notions of gender roles and, in particular, maternity.

5. How is this play unlike other Shakespeare plays?

From its hero to its architecture, Coriolanus is one of the most “unlike” of all Shakespeare’s plays. Caius Martius (Coriolanus) is famously an unlovable avatar,a kind of Coach Bill Belichick, endearing only in his predictable single mindedness and contempt for public opinion. As to the play’s architecture, instead of building to large battle scenes as in Julius Caesar, Macbeth, and so many of the history plays, Coriolanus frontloads the action and moves instead toward stillness and a kind of interiority.

6. What do scholars think about this play?

Opinion on the play varies greatly, some few scholars rank it among Shakespeare’s best; all admire its excellence as an unusual portrait of a difficult protagonist.

7. Are there any controversies surrounding the work?

The play’s skeptical look at the value of democracy and its obvious interest in what today we would call a fascist hero got it banned in France in the 1930s. Over the last half-century productions of the play have explored the homoerotic obsession that Coriolanus and his enemy Aufidius have for one another, and the remarkable relationship between Coriolanus and his mother Volumnia have made the play a field of play for Freudians.

8. What scene should I especially look for?

Two in particular. The play reaches an exhilarating existential climax in the “banishment” scene in Act III, scene 3, when Coriolanus turns on the Roman mob calling for his banishment and says, “You common cry of curs! … I banish you” and then adds, “Despising, / For you, the city, thus I turn my back: / There is a world elsewhere.” Counterbalancing this scene of defiance is Act V, scene 3, when Coriolanus’s family begs him to relent in his revenge on Rome.

9. What characters should I especially look for?

The two tribunes, Sicinius Velutus and Junius Brutus, who whip up the mob against a public servant, will be familiar to you from the recent presidential campaign.

It ranges from the terse invention of Coriolanus’s insults to the digressive persuasion of his friend Menenius.