Judith Shakespeare has one ambition: to be a playwright, just like her famous brother Will. When her debt-ridden father forces her into an engagement, she runs away with the help of dashing actor Ned Alleyn, hoping to join her brother in London. But when Judith arrives in the plague-stricken capital, she finds her brother gone, Ned engaged to another, and her play refused. Judith befriends the women in a local brothel, and together, they decide to stage her play in secret. But Elizabethan London is a dangerous place to perform an unlicensed play. Shakespeare’s Sister is full of ideas and events as relevant to Shakespeare’s London as they are to today’s Virginia: the challenges of making a living, religious extremism, and the conflict between social expectations and individual dreams. 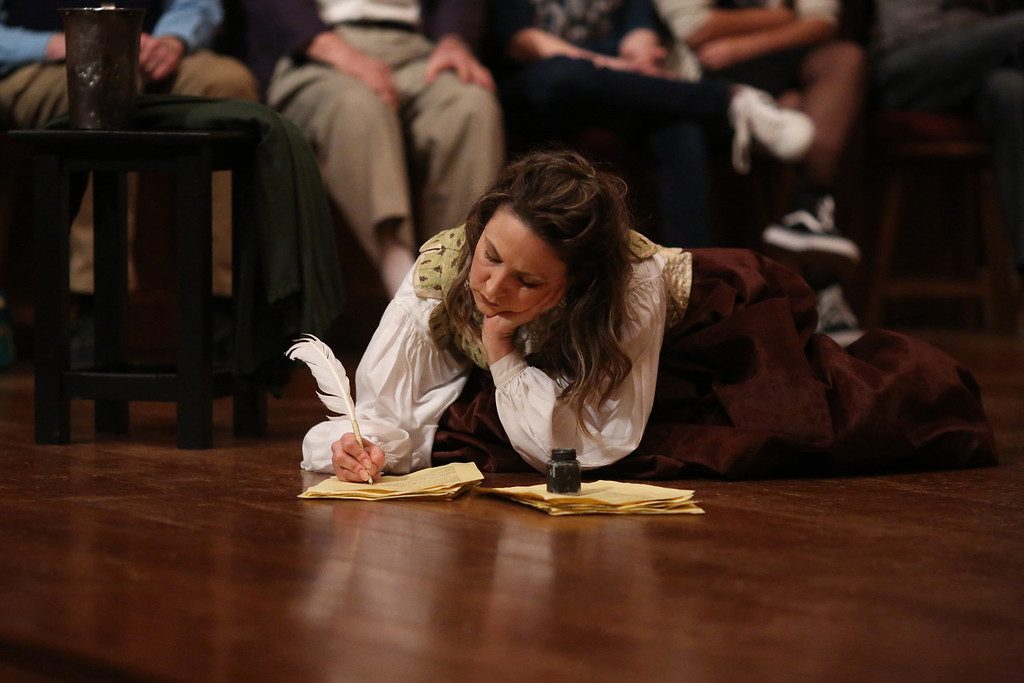 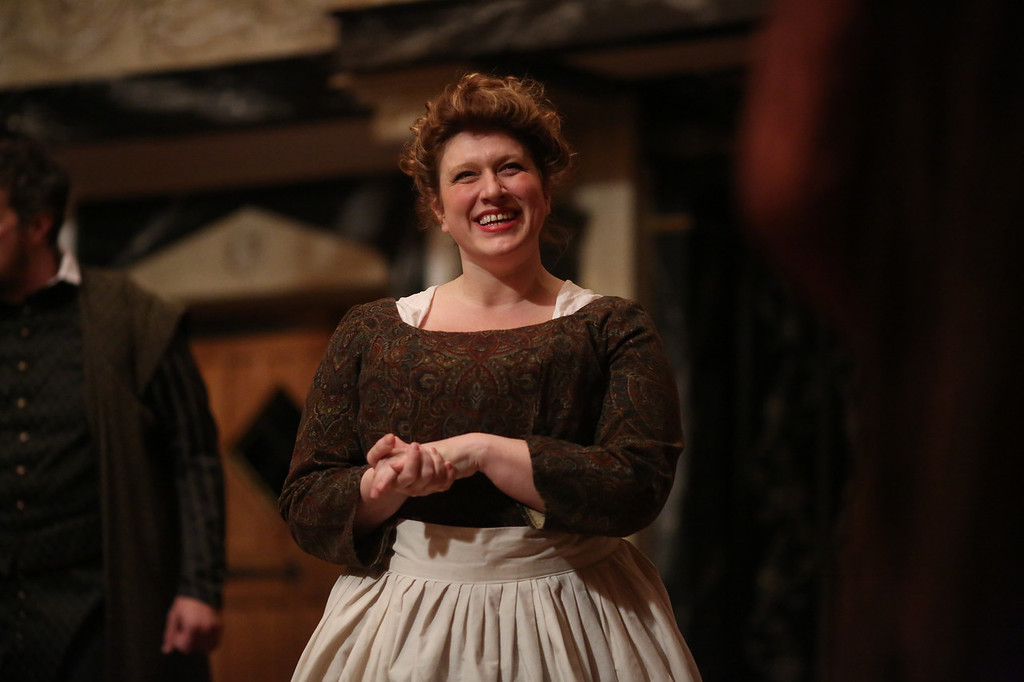 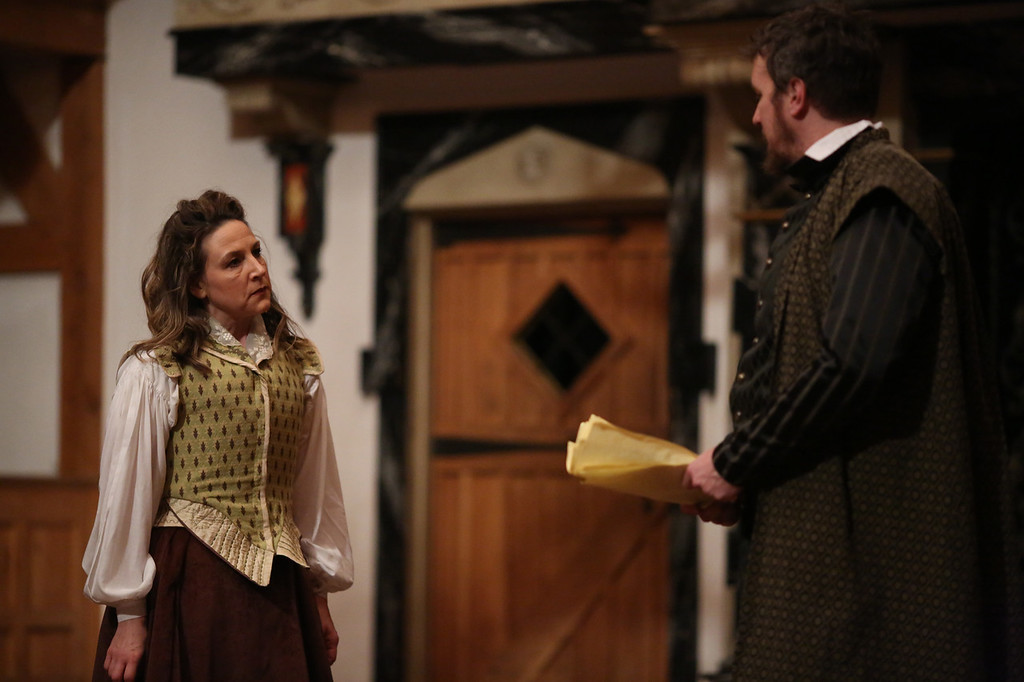 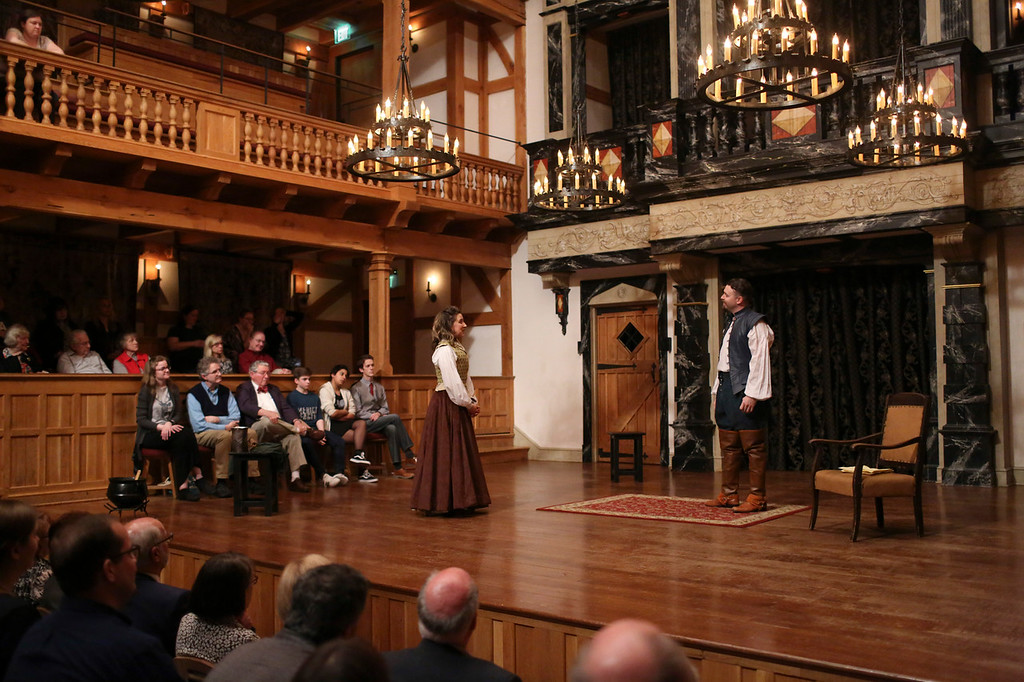 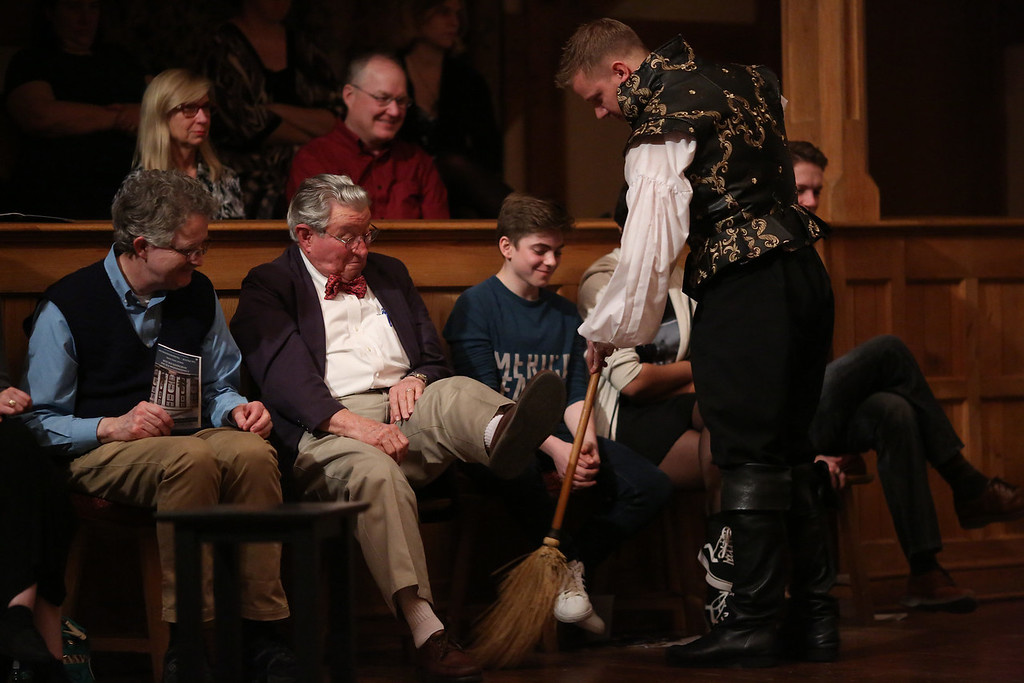 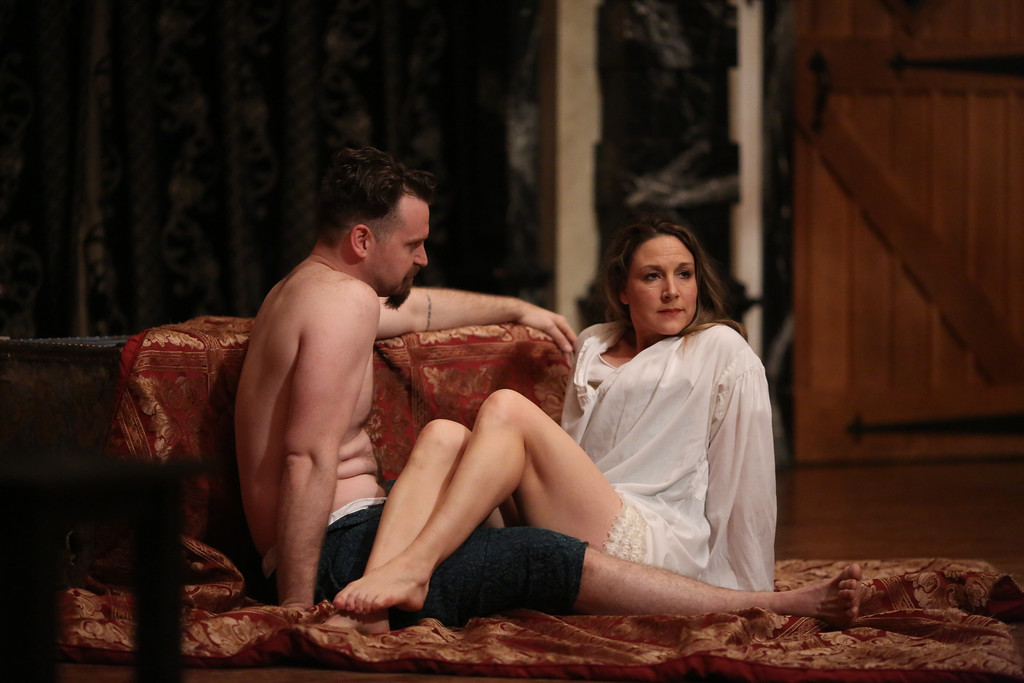 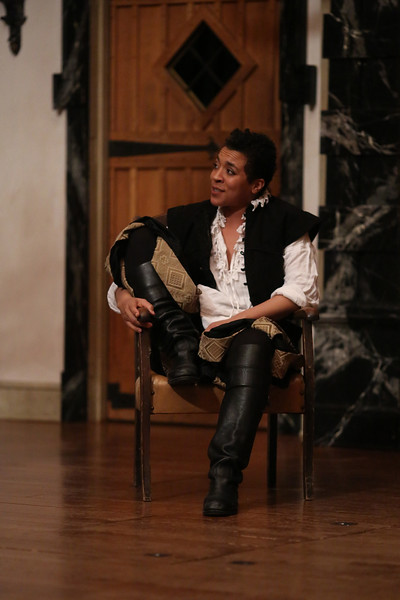 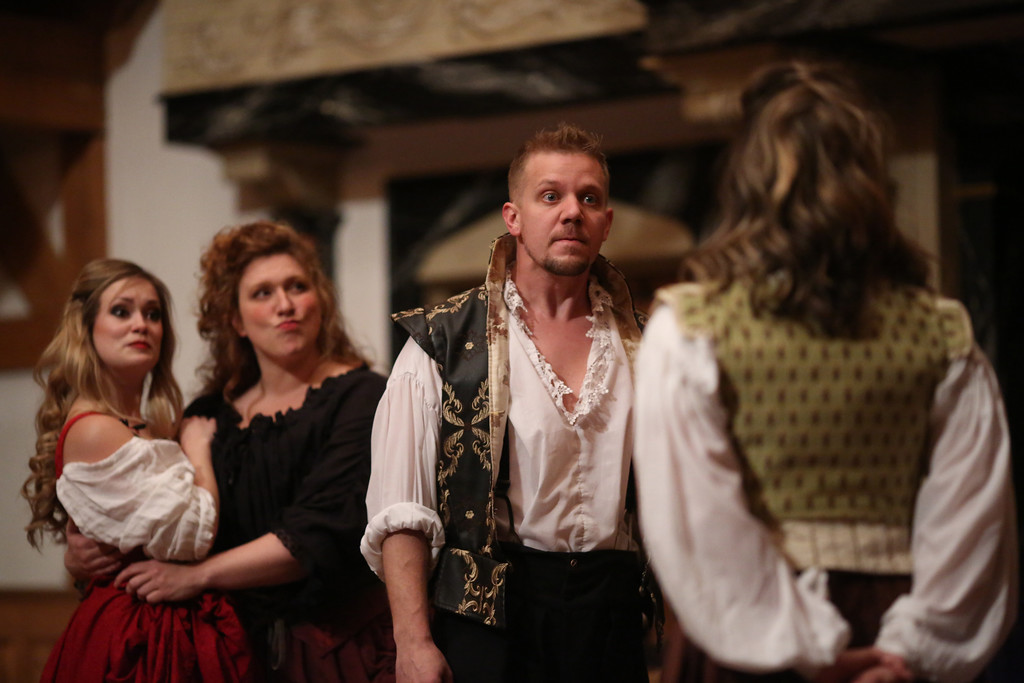 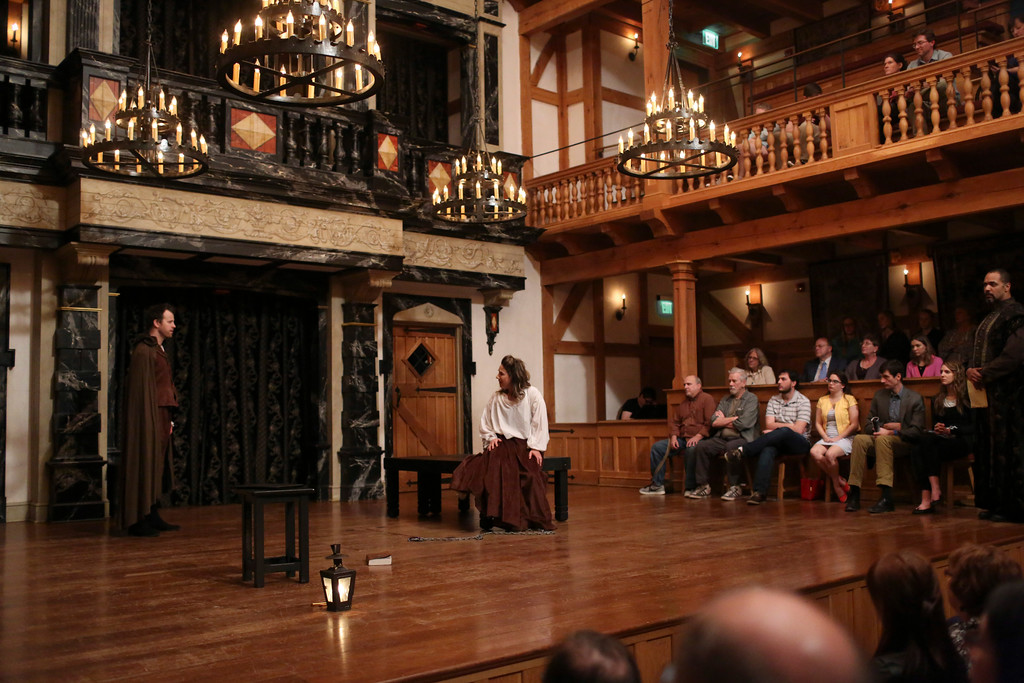 Notes from the Playwright

What if Shakespeare Had a Wonderfully Talented Sister?

This is not a true story.

The Judith Shakespeare you’re about to see did not exist. Shakespeare did have a sister, called Joan; she married a hatter, and lived out her life in Stratford-upon-Avon. To our knowledge, she never wrote a play. Shakespeare’s Sister imagines what might have happened if she had.

In inventing the story of Judith Shakespeare, I was inspired by Virginia Woolf’s A Room of One’s Own, an essay published in 1929. Woolf writes:

Let me imagine, since the facts are so hard to come by, what would have happened had Shakespeare had a wonderfully gifted sister, called Judith, let us say.

Woolf’s answer is bleak: her version of Judith Shakespeare runs away to London, aged sixteen, to write plays, but the men of the theatre laugh in her face. She has an affair with actor-manager Nick Greene, becomes pregnant by him, and kills herself.

I wanted to take Woolf up on her invitation to imagine Shakespeare’s sister, and to write a less lonely fate for Judith Shakespeare. My play suggests that more than one woman may have wanted to make plays in Elizabethan England, and more than one man may have been willing to help her. I reimagine Shakespeare’s life from the perspective of the women who lived on the edge of the world of the theatre, but didn’t belong to it: women who sewed the theatre’s costumes and inhabited the adjoining brothels, but were forbidden the roles of actor and writer.

Shakespeare’s Sister is populated with characters an Elizabethan Londoner would have recognized (although I’ve taken a few liberties with dates and circumstances): great actors like Edward Alleyn, Richard Burbage, and Augustine Phillips; theatre manager and shrewd businessman Philip Henslowe and his step-daughter Joan; theatrical prostitutes Lucy Morgan and Dorothy Clayton; and the Queen’s prosecutor Thomas Egerton. In peopling Elizabethan London with the names and personalities that walked its streets, I’ve tried to bring to life the rich, dirty, and astonishing world of early modern theatre-makers.

I’ve also tried to suggest some of the ways in which the challenges they faced resonate with the concerns we share today: Judith and the players face unemployment and debt in an economic depression, in a sexist society where women are freely objectified and their freedoms are curtailed, and the government tackles religious extremism in a climate of fear. We live in a very different world to Shakespeare—a world where a woman can write a play and see it performed on the professional stage, with the female roles played by female actors — but some of the hopes and fears of the inhabitants of Elizabethan England aren’t so very far from our dreams, and our nightmares, today.

I’m so excited to be able to share Shakespeare’s Sister with you at its international premiere in the ideal venue for a tale of Elizabethan theatrical life: the Blackfriars Playhouse. The stage, seating, shared lighting, and music offer a way of experiencing theatre that would have been familiar to Shakespeare and the actors he worked with. The Actors’ Renaissance Season brings to life the rehearsal and performance conventions of Shakespeare’s company, and as part of this season, Shakespeare’s Sister imagines a different version of the theatrical past.

Shakespeare’s sister, like so many talented women in Elizabethan England, never got to fulfill her talents. She never ran away to London to join the players, never saw her words performed by a company of actors, never collaborated with women barred from the boards who shared her passion for theatre-making. On the stage of the Blackfriars today, which shares so much with the playhouses where Shakespeare wrote and performed, I invite you to imagine that she did.