Faustus sells his soul, not for riches, but for knowledge and power; Marlowe weaves a shocking and contemporary tale of the struggle between good and evil, championing what is most daring in the human spirit. In his masterpiece that predates almost all of Shakespeare’s plays, Marlowe breathtakingly conjures Helen of Troy, the Seven Deadly Sins, angels, demons, and Satan himself, before dragging Faustus to Hell. 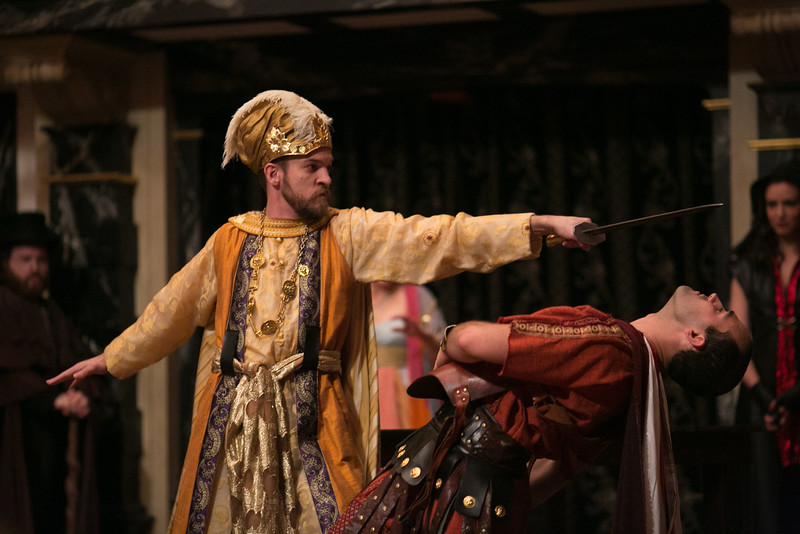 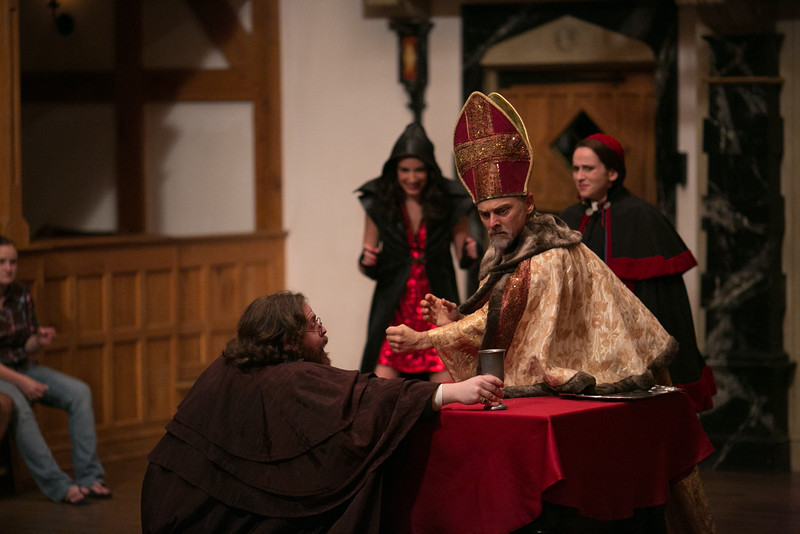 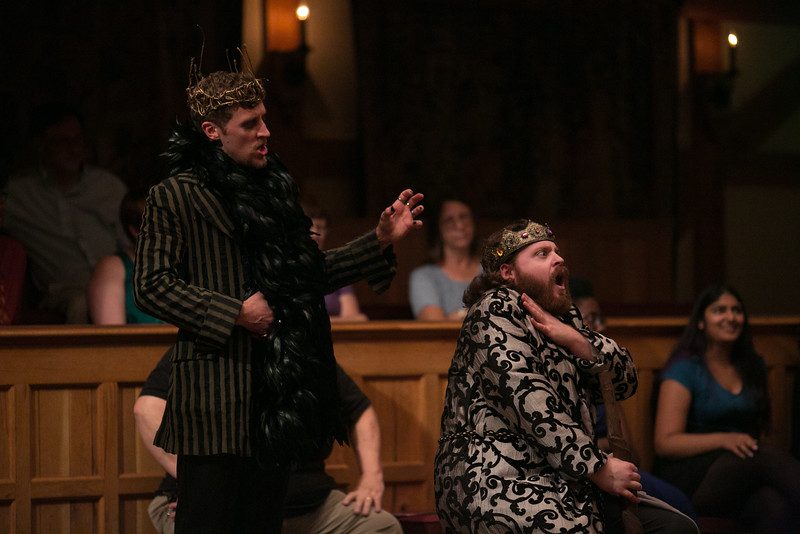 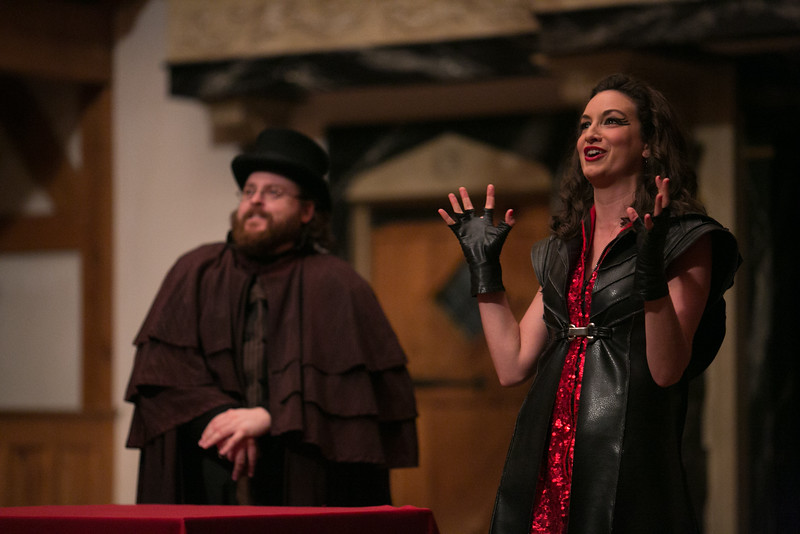 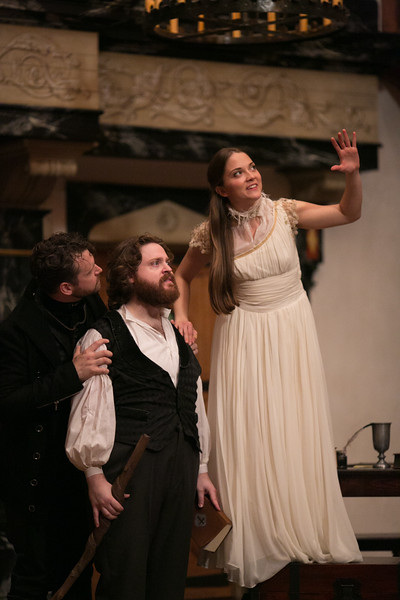 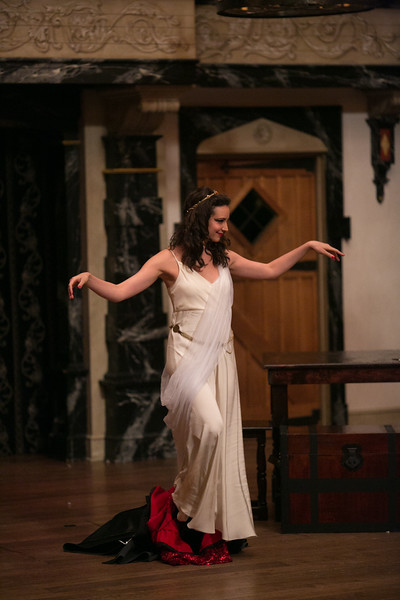 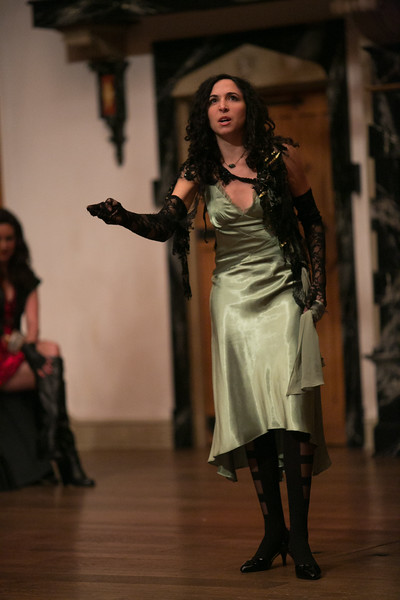 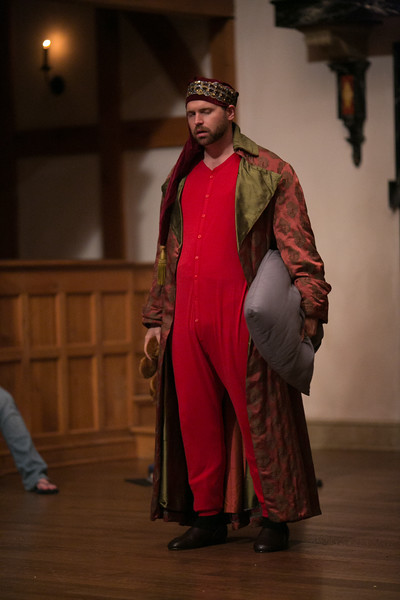 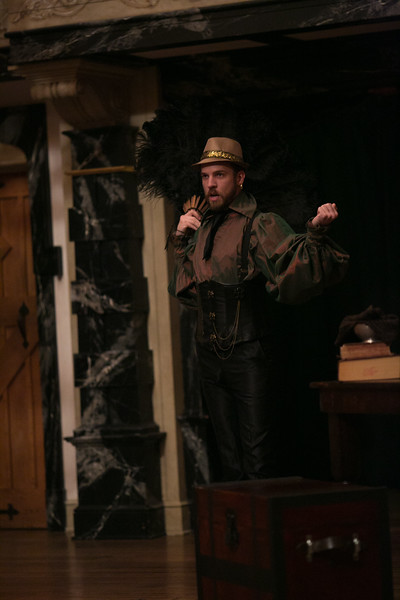 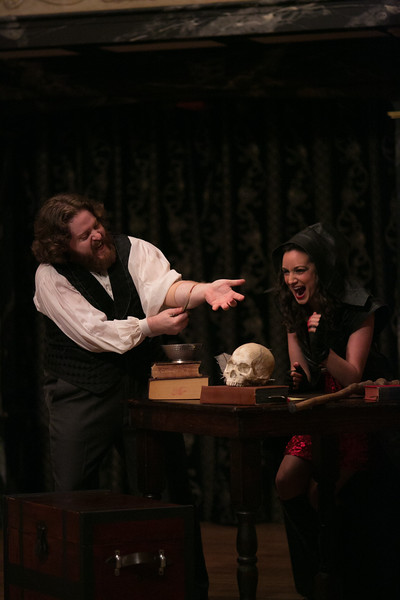 Christopher Marlowe and William Shakespeare were both born in 1564 and eventually became two of the most important playwrights in the golden age of English literature. That sounds lofty. They were also just amazing writers who wrote great plays. Marlowe was the son of a cobbler and Shakespeare was the son of a glover.

Marlowe received scholarships that got him a university education; and on his way to becoming a clergyman (part of his scholarship requirements he never fulfilled) he wrote at least seven plays, possibly became a government spy, and died a mysterious and violent death at age 29. Shakespeare did no go to university; he became an actor, a playwright of at least thirty-something plays, and eventually a shareholder in an acting company (sponsored by King James) before retiring to his hometown and dying at the age of 52.

Marlowe rocked the theatrical world with his early play, Tamburlaine the Great, which was a huge success and seemingly had a big impact on Shakespeare’s first tetralogy of history plays – Henry VI, Parts 1-3 plus Richard III. Marlowe was the first Elizabethan to make a Jewish character the central figure in a play – The Jew of Malta – which influence Shakespeare in creating his Merchant of Venice. Marlowe made it popular to write plays in blank verse (iambic pentameter); Shakespeare picked up on this style and made it even more mainstream throughout his longer career. These two playwrights were at the center of a theatrical and cultural revolution in ways that were similar to The Beatles and The Rolling Stones being in the middle of a musical and cultural revolution. Marlowe and Shakespeare were rock stars of their time.

Much of Marlowe’s life, career, and death are still shrouded in mystery. What we think we know includes a lot of speculation and uncertainties with various scholars and biographers conjecturing numerous theories. Marlowe, working with a collaborator(s?), appears to have based Doctor Faustus on an historical figure found in the book The History of the Damnable Life and Deserved Death of Doctor John Faustus, which was an English translation of the German Faustbook. Like the multiple texts of Hamlet (discussed on page 11), Marlowe’s Doctor Faustus has survived in two distinctly different versions: the A-text printed in 1604 and the B-text of 1616. The B-text is longer with extended versions of the comic scenes. And like our current Hamlet, the 2014/15 ASC production of Doctor Faustus is a combination of the multiple texts, with word choices, character names, and certain scenes pulled and culled from all the material available to us. And like our current Hamlet, the version of Doctor Faustus you will see is a unique textual creation that no other company has ever performed.

Some notes I sent the actors and production team before rehearsals:

I’ve been wanting to direct this play for years.
If you try sometimes, you just might find you get what you need.
And we hope you will enjoy the show.