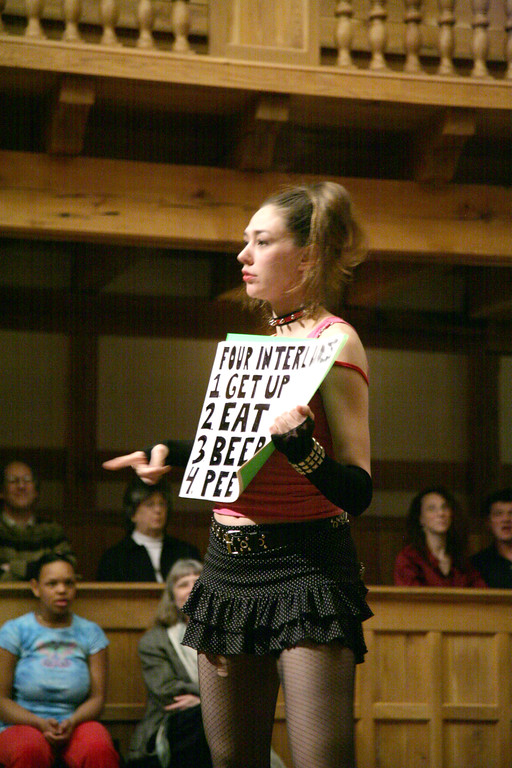 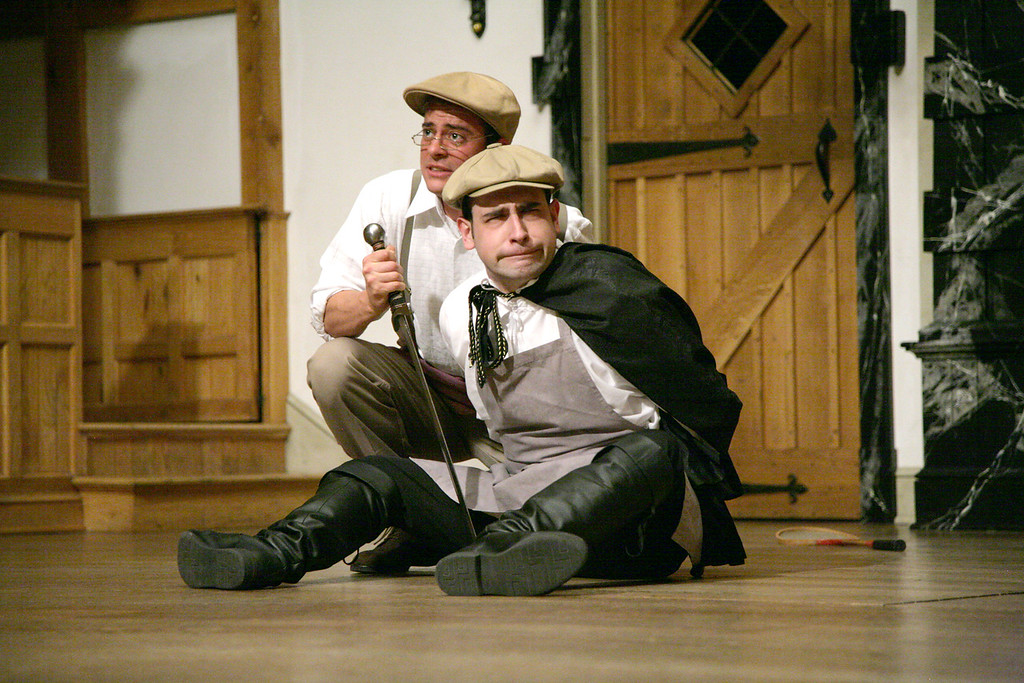 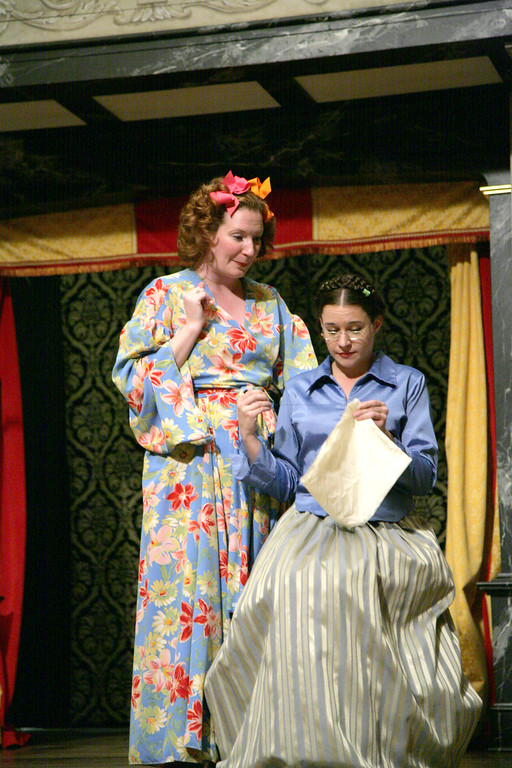 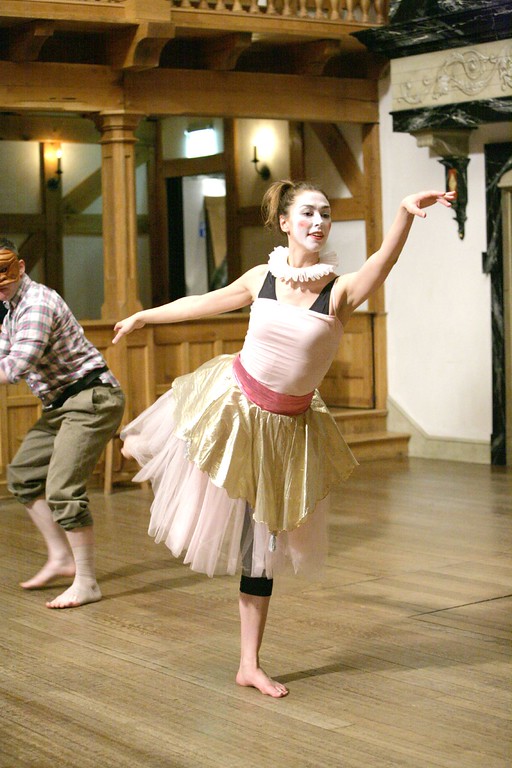 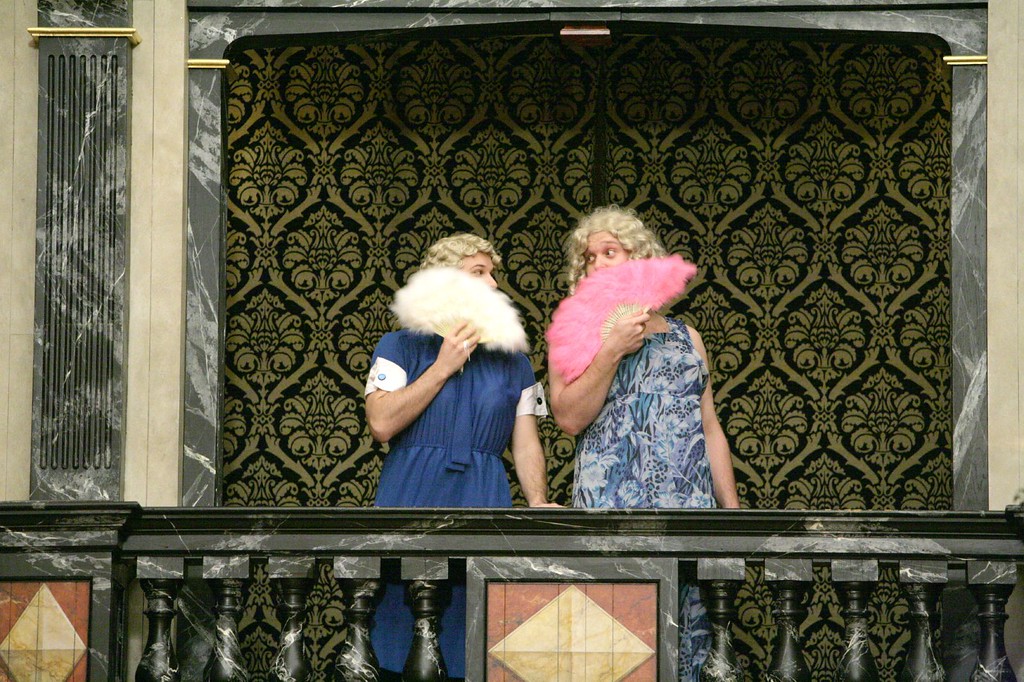 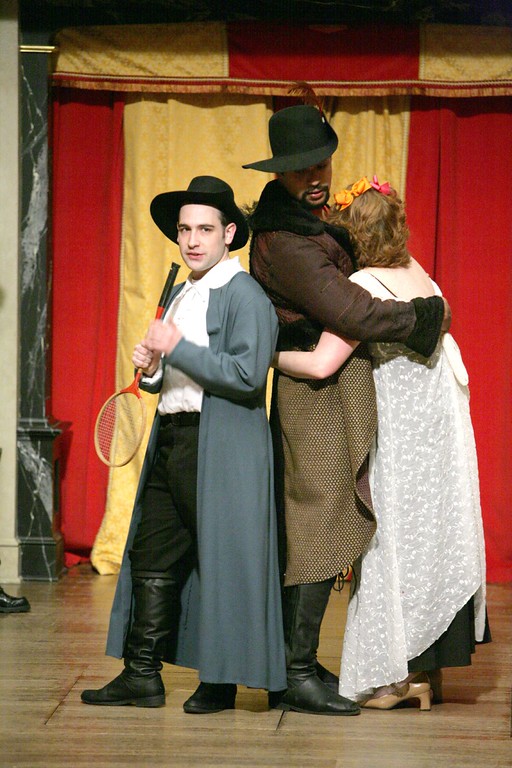 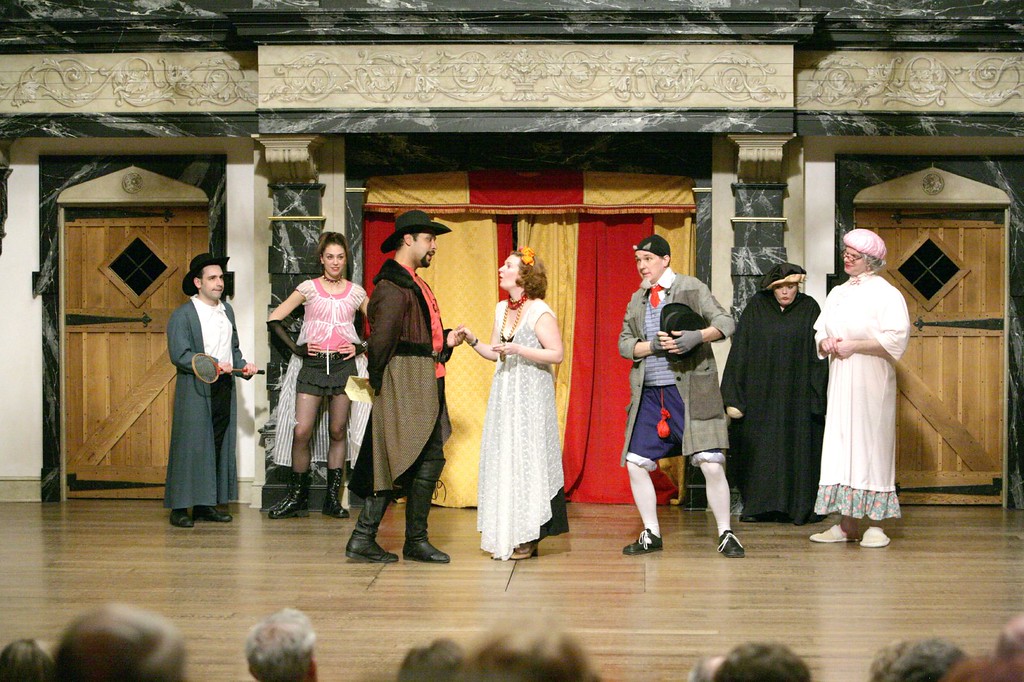 The cast of EASTWARD HO! Photo by TOMMY THOMPSON. 2006. 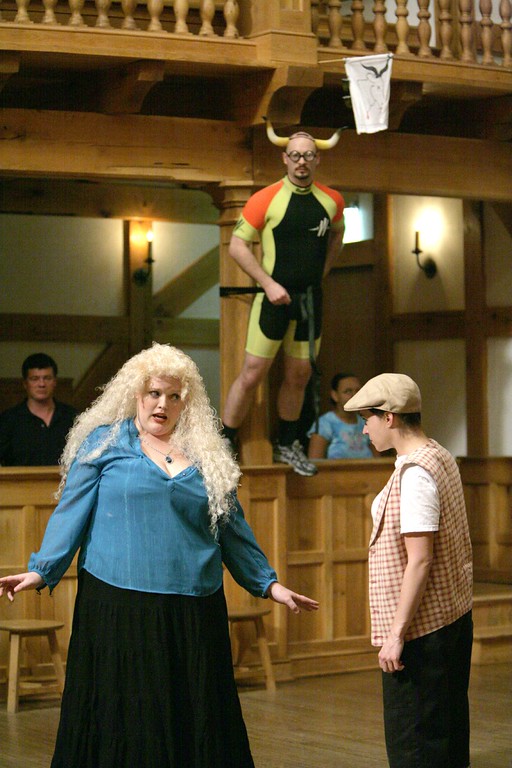 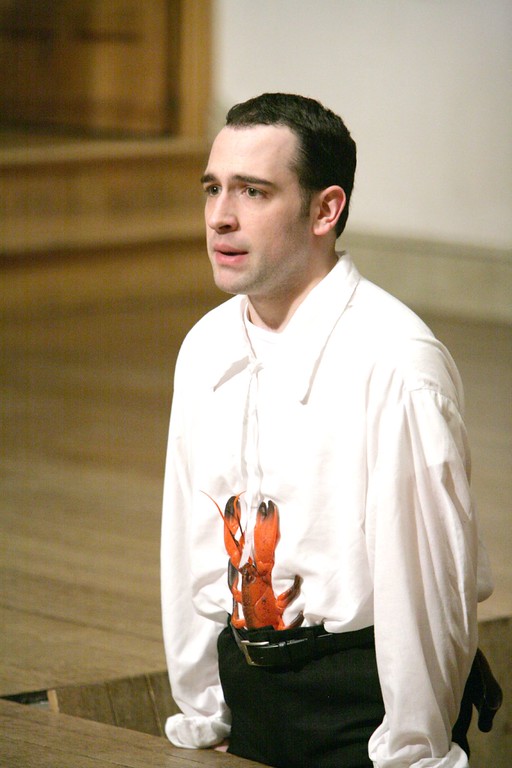 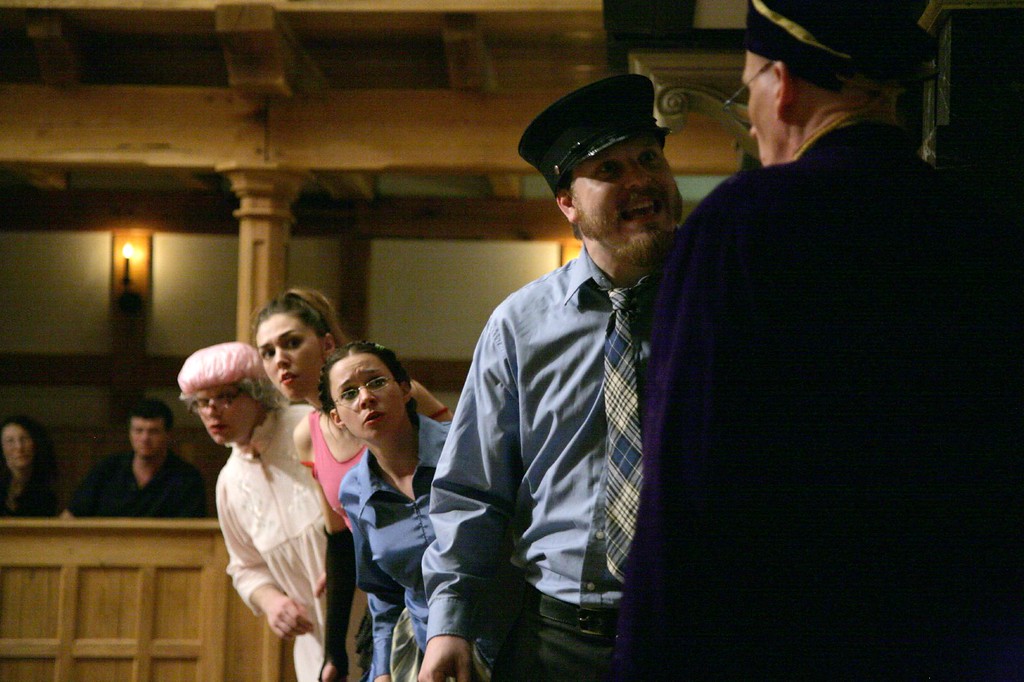 The cast of EASTWARD HO! Photo by TOMMY THOMPSON. 2006.

Eastward Ho! (1605) tells us a lot about the business of writing plays during Shakespeare’s heyday. The play is a collaboration of three playwrights: George Chapman (1559-1634), Ben Jonson (1573-1637), and John Marston (1576-1634). The most famous of these is Ben Jonson, who went on to write Volpone, The Alchemist, and Bartholomew Fair. George Chapman’s Bussy D’Amboise was one of the most celebrated plays of the miraculous heyday of English drama, and John Marston authored a number of other famous plays, among them The Malcontent, which was almost as popular as Hamlet.

The play is famously a joint project because its three writers ended up in prison for a scene in Act Three that the new King James thought disrespectful. (After his co-writers had been arrested, Jonson apparently turned himself in, either as act of unselfish comradeship or of prideful authorship.) Collaboration in the writing of plays, however, was nearer the rule than the exception to the way plays were made. At least five of Shakespeare’s plays were collaborations with other playwrights. Francis Beaumont and John Fletcher collaborated so often that “Beaumont” goes with “Fletcher” like “Rodgers” goes with “Hammerstein.”

Beyond the collaboration of writer and writer was the input of the actors, whose rehearsal process (as we are discovering through our Actors’ Renaissance Season) made it unlikely that the play on stage entirely matched the script. The modern equivalent for the making of plays in the Renaissance is not a solitary George Bernard Shaw turning out Man and Superman but a team of writers and company of actors turning out skits for Saturday Night Live.

The play itself is a hilarious look at London mercantile society in 1605 two years before the founding of Jamestown, and for us in the Commonwealth it is particularly interesting to see how Londoners conceived of the New World and specifically Virginia. The title, Eastward Ho!, is somewhat confusingly the geographic direction in which a Londoner would have to go to get to Virginia. Boatmen on the Thames were essentially taxi drivers on the river that was London’s main thoroughfare, and they would call our “eastward ho” or “westward ho” to let potential customers know which way on the river they were going. West on the river ran into the interior of England, but east ran into the great Pool of London where the masted ships docked and beyond which lay the English channel leading to the Atlantic ocean and America. In Eastward Ho! the Londoners considering that trip were fools, opportunists, or dreamers – or a mixture of the three.

In Act Four the River Thames, like some watery god, mischievously upsets their plans and lands the play’s “explorers” at appropriate places along its shores, from Cuckold’s Haven to the Isle of Dogs. Sounds a lot like the kind of material that Lorne Michaels and his SNL crew would have fun with.