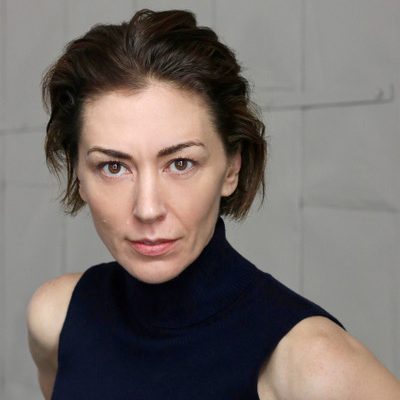 Vanessa Morosco is a New York-based director, actor, and ethicist who first appeared onstage with the American Shakespeare Center during the inaugural season at the Blackfriars Playhouse. As well as performing in over 25 productions at the ASC, Vanessa has taught extensively both nationally and internationally with Co-Founder and Director of Mission Ralph Alan Cohen.

Her work using the tools of interactive drama to design and deliver training programs on the issues of Unconscious Bias and Equity, Diversity & Inclusion are nationally and internationally known.

She is a member of the Actors Equity Association, The League of Professional Theatre Women, and holds an M.A. in Ethics from Yale University.

A Jailer; A Courtesan