In Love’s Labour’s Lost, the King of Navarre and his three schoolmates are ripe for an education in love from the Princess of France and her three ladies. Joining the lovers is a brilliantly goofy troupe of clowns, including the love-warrior Don Armado and the lust-sick rogue Costard, who ardently pursue the affections of a winsome country maid — and who perform an unforgettable pageant for the royals. Written around the same time as Romeo and Juliet and A Midsummer Night’s Dream, this giddy and extravagant romantic comedy is Shakespeare’s most exuberant wordfest — a joyful carnival of love, loss, and hope. 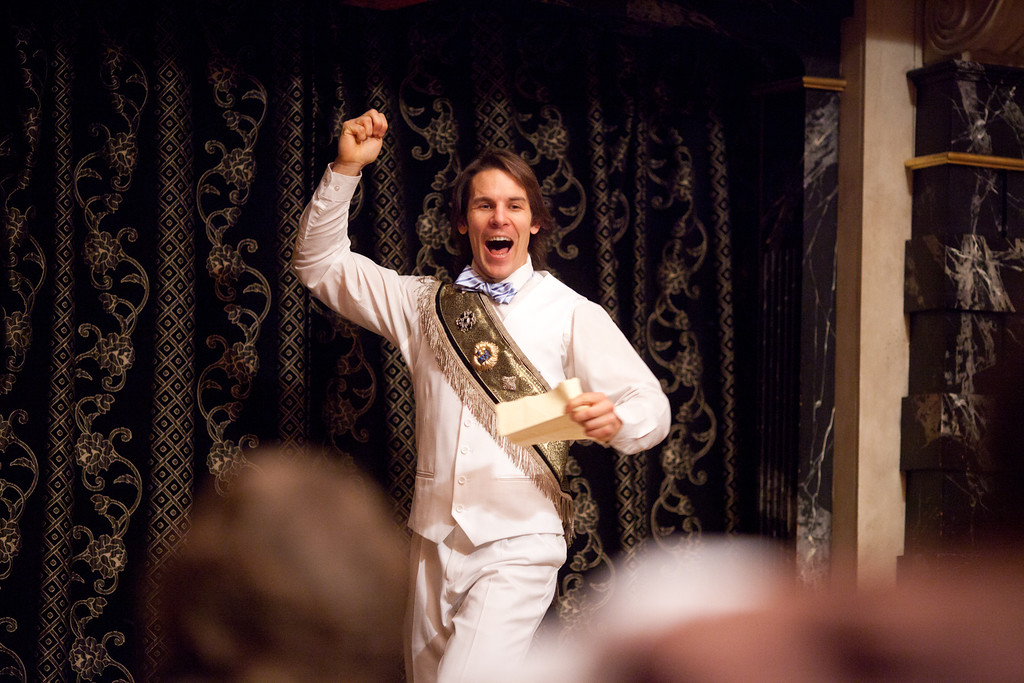 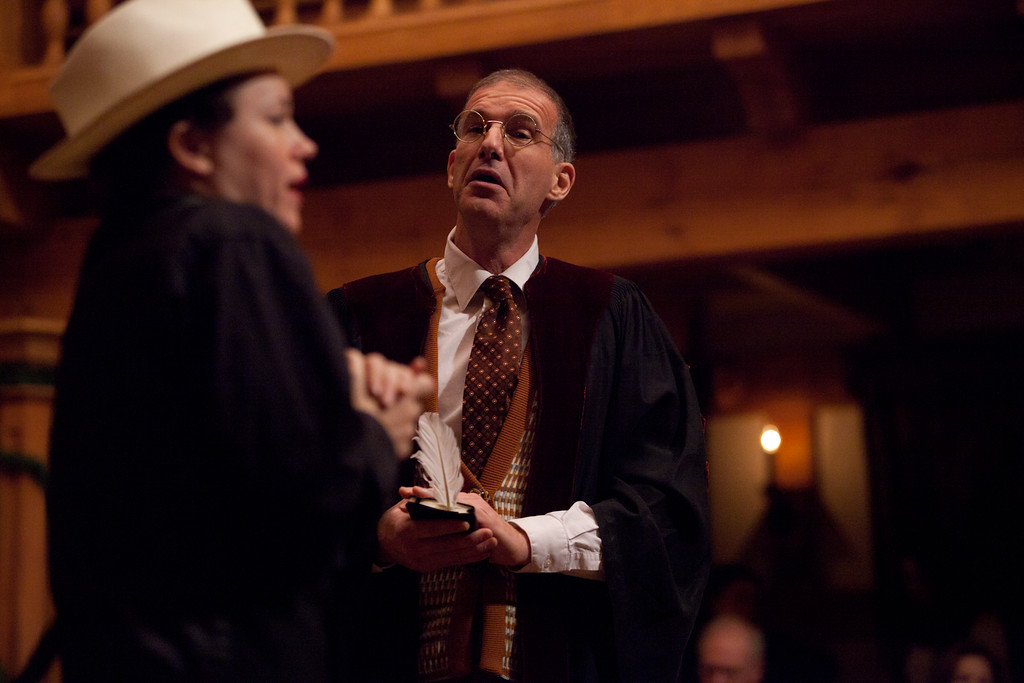 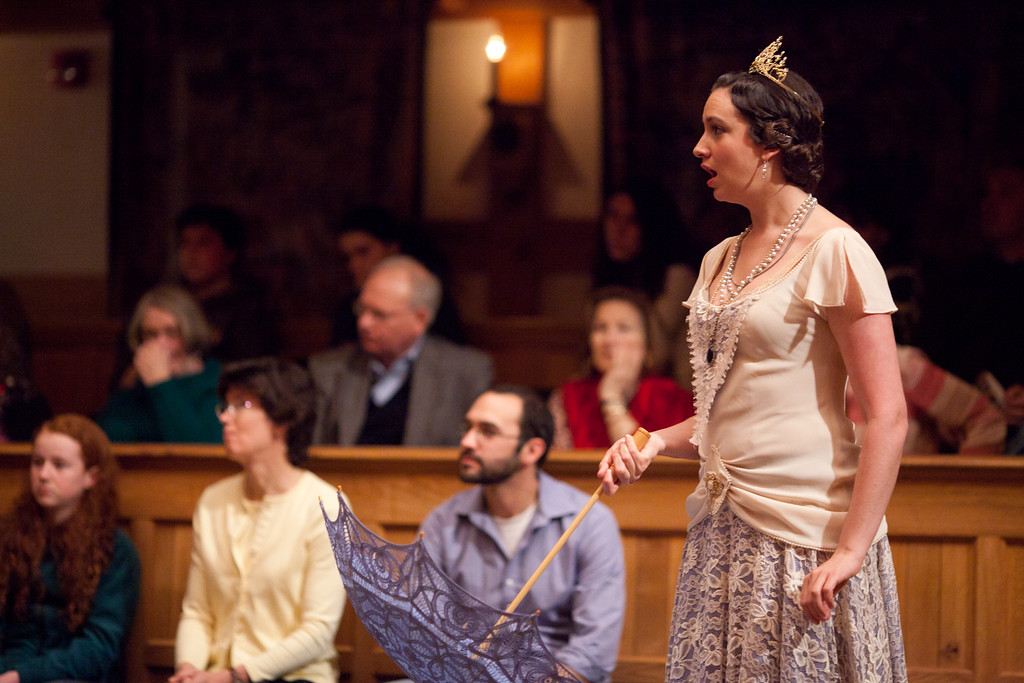 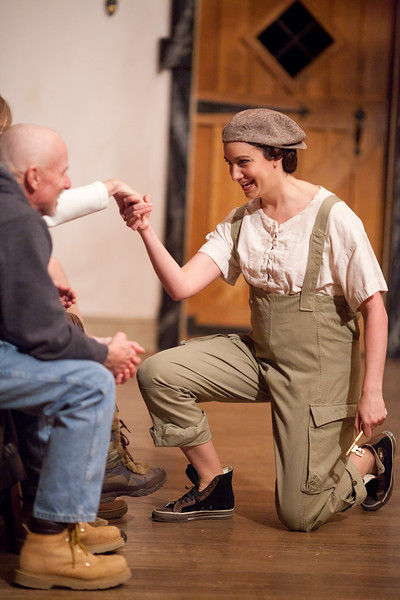 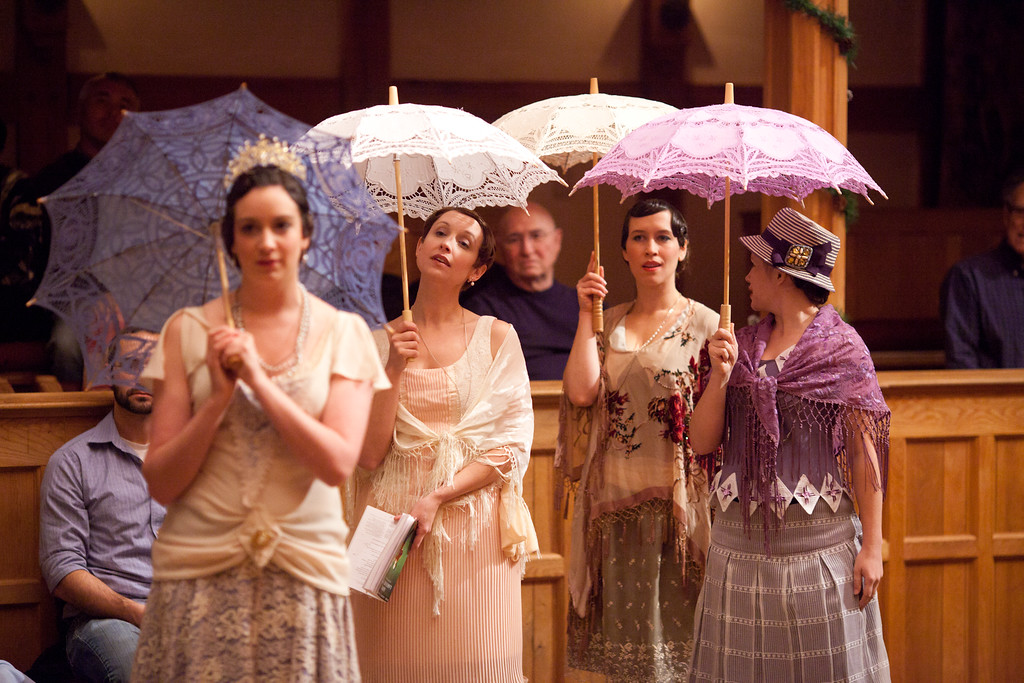 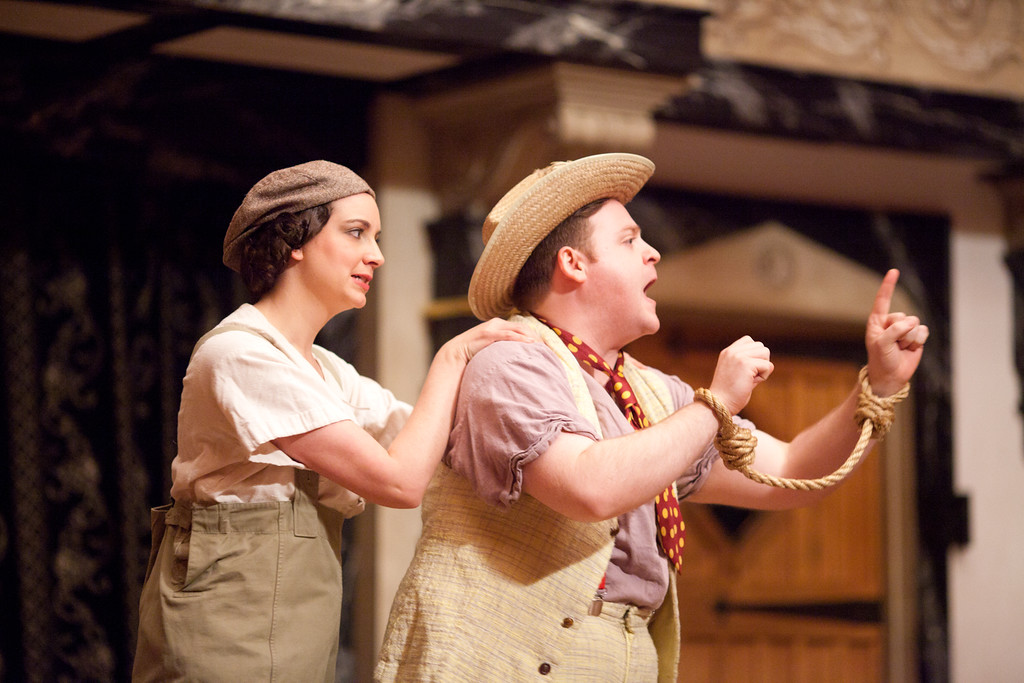 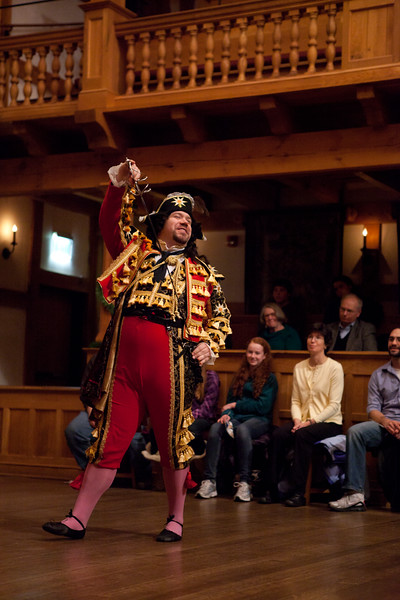 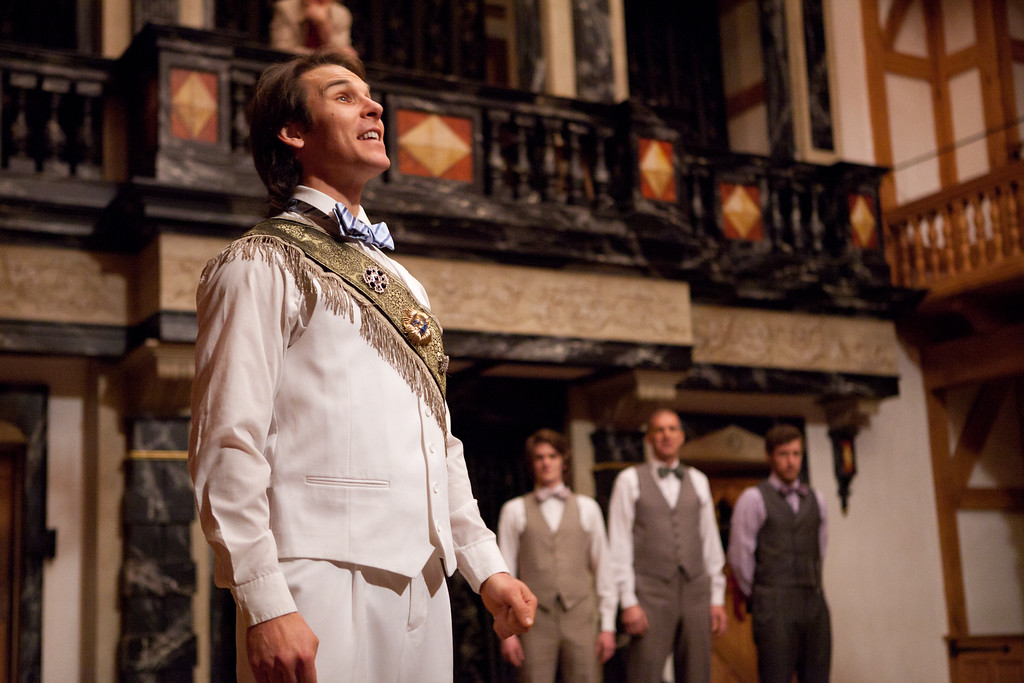 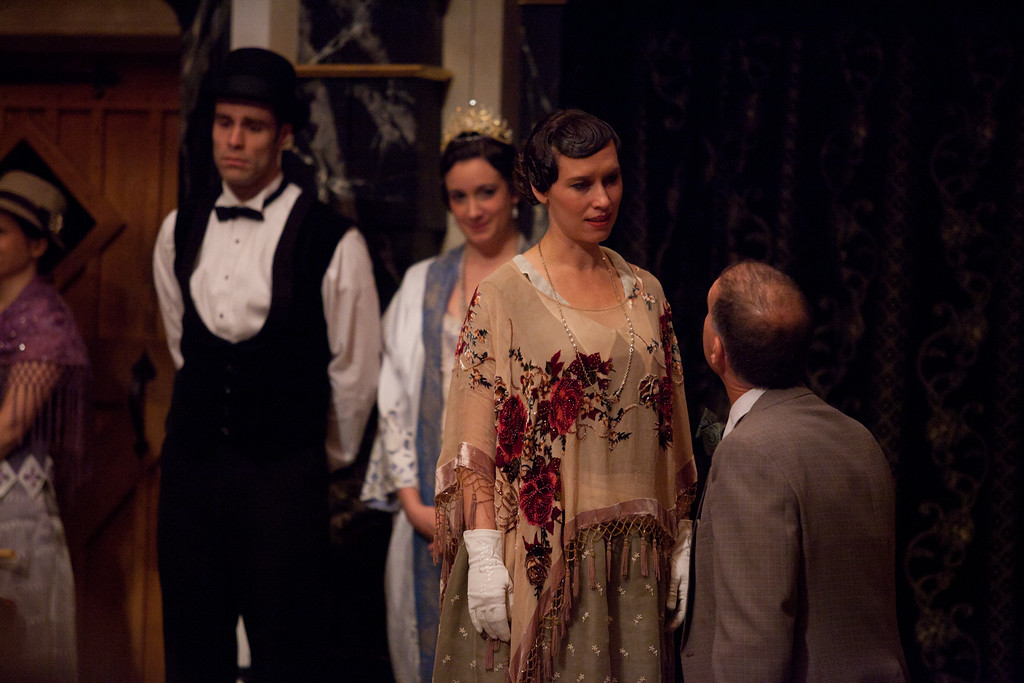 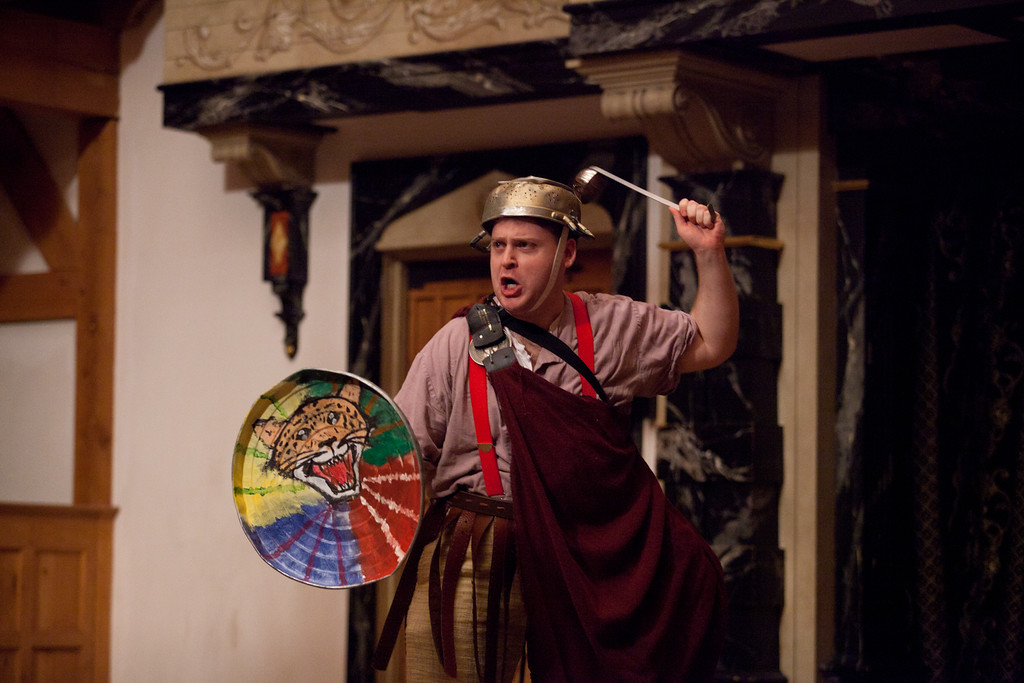 Love’s Labour’s Lost is a great play. Most likely, Shakespeare wrote it in 1594-5-ish, around the same time as these other “lyrical” plays: Richard II, A Midsummer Night’s Dream, and Romeo and Juliet. To put it in context with his other comedies, LLL probably came after The Comedy of Errors, The Two Gentlemen of Verona, The Taming of the Shrew and before Much Ado about Nothing, As You Like It, and Twelfth Night.

If you’ve seen or read other Shakespeare plays, you’ll find some familiar characters, situations, and glorious language in LLL. As is the case in The Two Gentlemen of Verona, one clown is not enough in LLL. Berowne and Rosaline’s merry war in LLL paves the way for Benedick and Beatrice in Much Ado. The Prince of Arragon in The Merchant of Venice seems to be related to the Spanish braggart Don Armado in LLL. And the play-within-a-play, The Nine Worthies, at the end of LLL is a precursor to Pyramus and Thisby at the end of Midsummer.

While some of these characters and elements may seem familiar, the banquet Shakespeare gives us in LLL is also a singular feast.

The “no girls allowed” boys club at the top of LLL appears nowhere else in Shakespeare’s canon (although Bendick wishes he had one in Much Ado). As soon as the King of Navarre and his men dedicate their lives to academic study and to the shunning of women for three years, they learn of the impending arrival of the Princess of France and her women; then they individually/secretly/hypocritically throw away their vows to pursue their loves. Thus Shakespeare immediately gives us FOUR couples to follow on their journeys. On top of that, the clown and the braggart are both interested in a country lass, bringing the total to FIVE (AND A HALF) couples, a number not duplicated by Shakespeare before and after LLL.

All of Shakespeare’s comedies end happily or “happily.” Shakespeare was a genius, so many of his “happy” endings are textured in a way that we might wonder if some of the couples truly will live “happily ever after.” But none of his comedies end like LLL. Because of the surprising
finale of LLL, many scholars speculate that the lost play entitled Love’s Labour’s Won is a sequel to LLL (while others think that LLW is simply an alternate name to one of Shakespeare’s other comedies). Either way, the ending of LLL makes it a unique play.

When most scholars, critics, and theatre practitioners discuss LLL, they often mention first the magnificent wordplay that elevates this play to its unique status. The verbal fireworks explode with dazzling debates between the couples, the incandescent colloquy of the academic and comic characters, and the majestic use of verse and prose, rhyming couplets, multiple sonnets, and riveting rhetoric. Shakespeare didn’t write plays in “Old English”; he helped invent, expand, and explore Modern English, the language that we know today. Modern English was young and muscular in Shakespeare’s time and he launches all of the bombast and beauty he could dream up for this brilliant comedy.

The delightful linguistic explosions and all of the verbal pyrotechnics, however, would be all flash and no substance if Shakespeare had not written true soul into these characters. The biggest reason I still love directing Shakespeare plays is because these stories matter, these characters still speak to us in 2012/13, we can still find out more about our best and worst
selves by experiencing these wonderful works as artists and audience. As we are about to start rehearsing this great play, we hope to find all its fun and its soul to share with you.