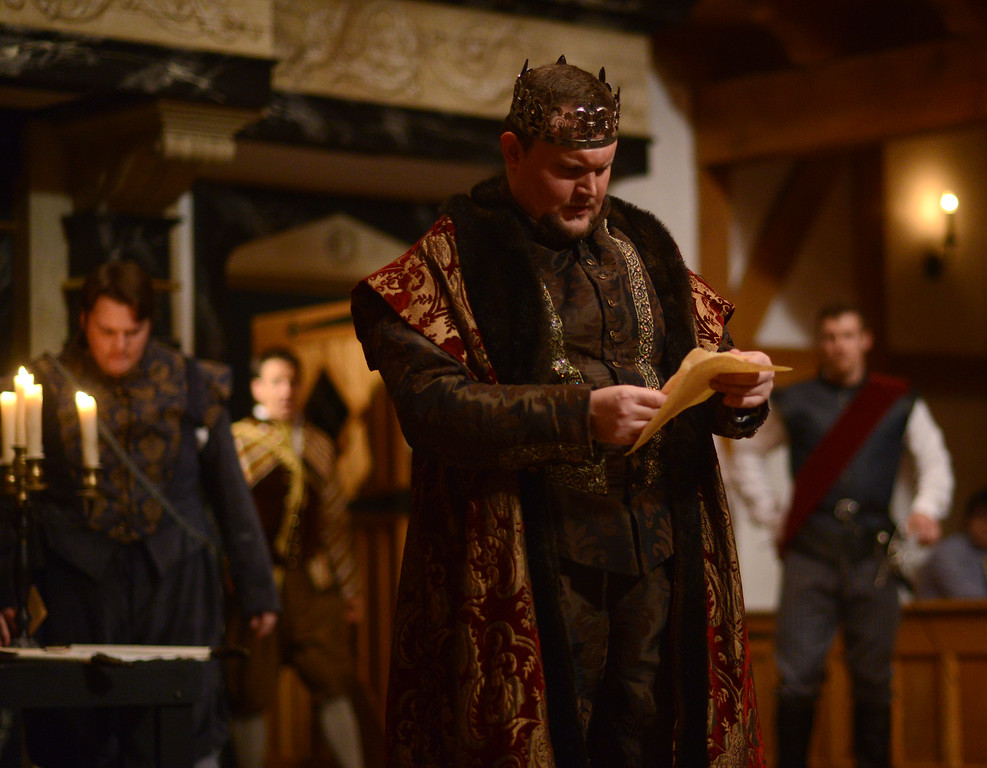 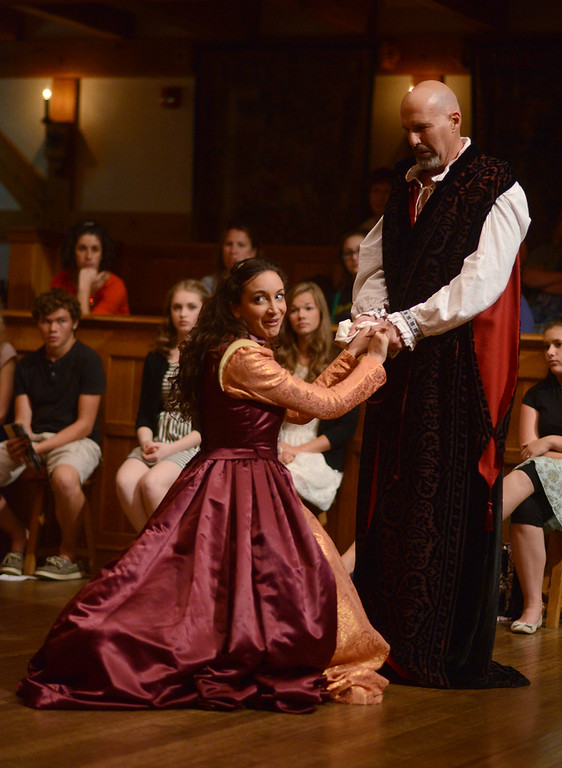 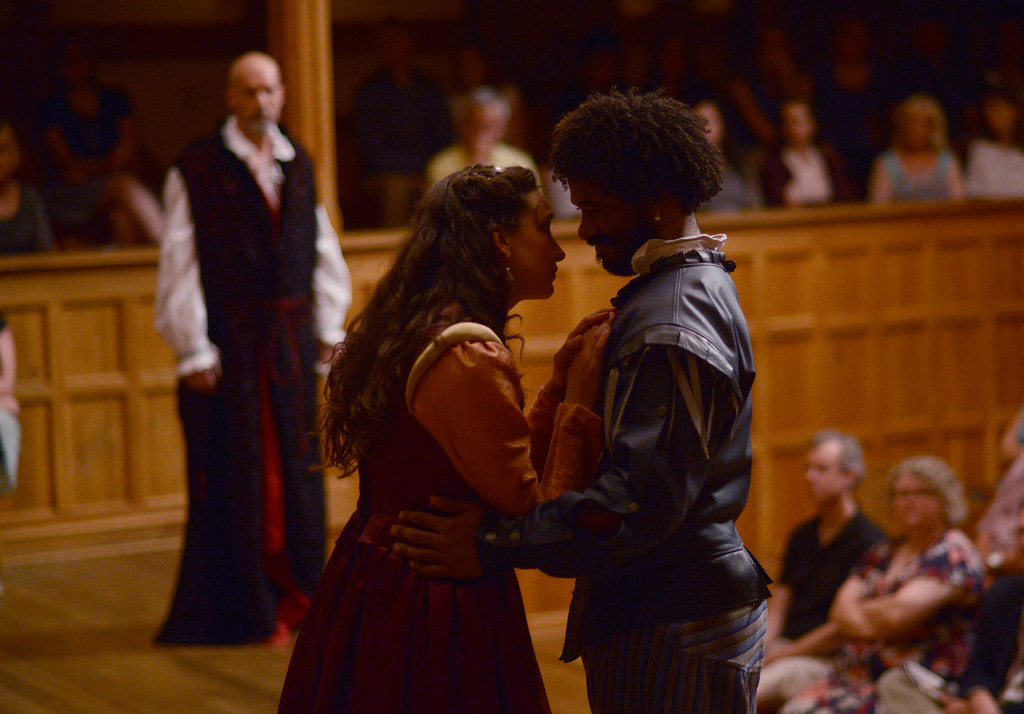 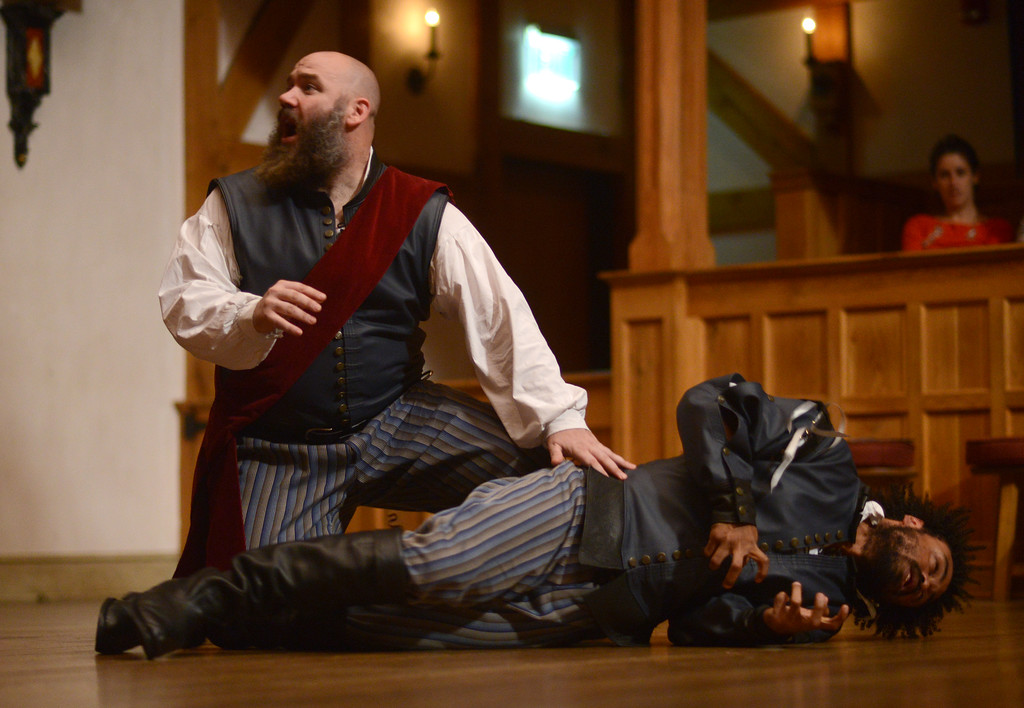 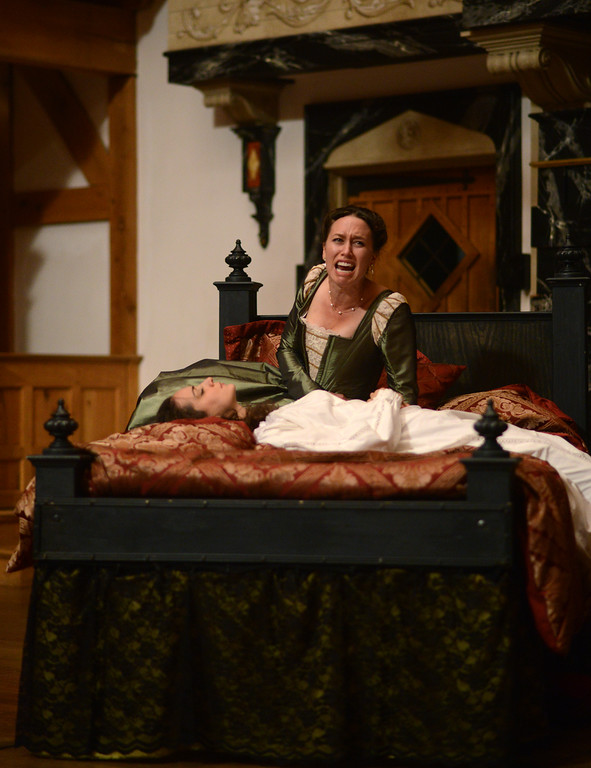 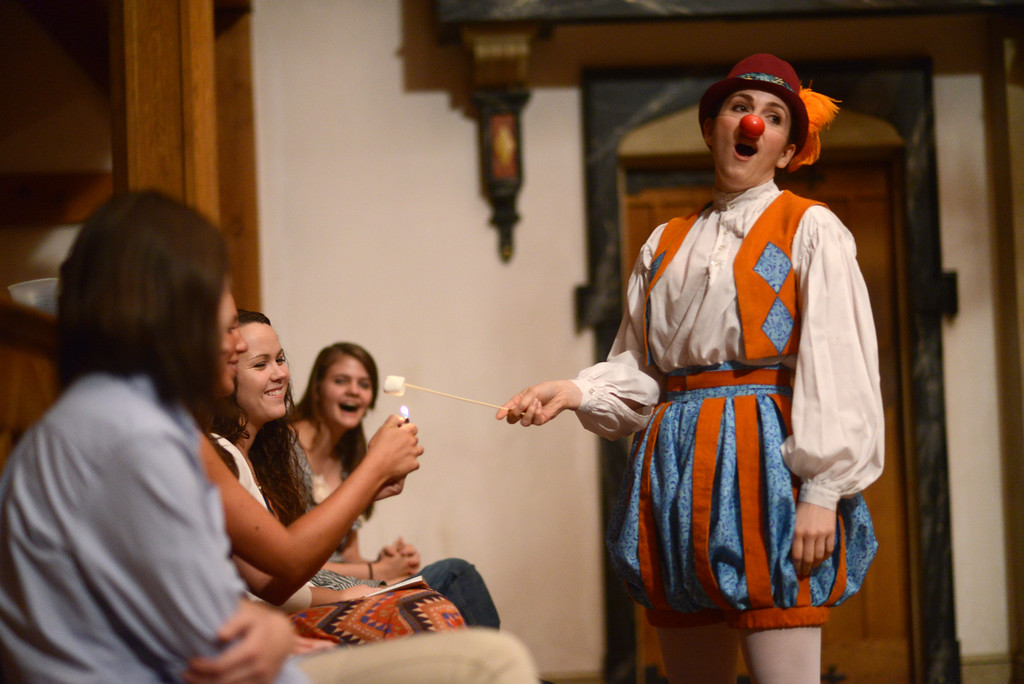 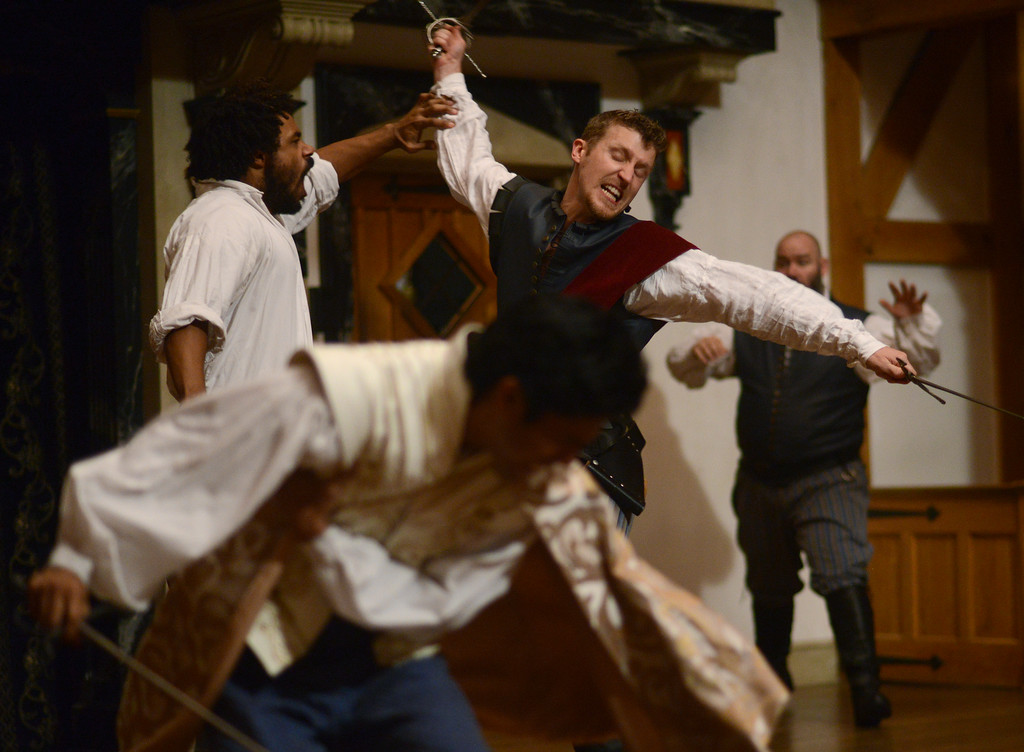 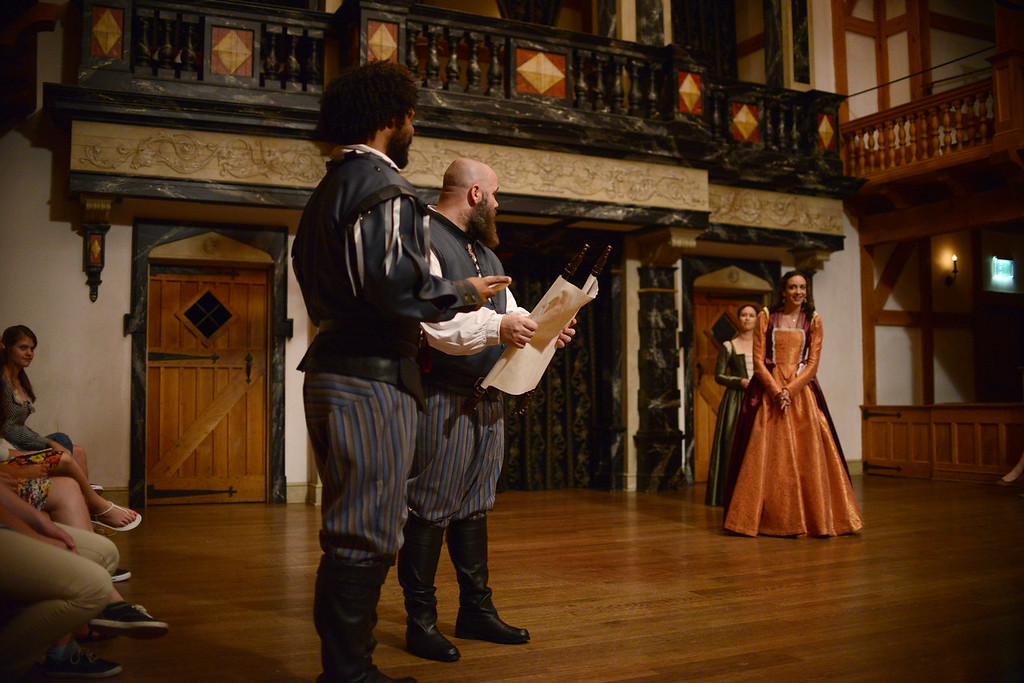 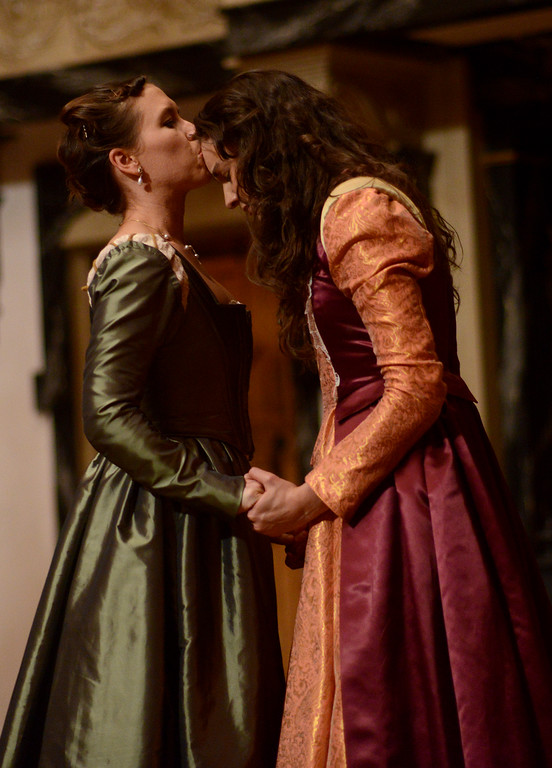 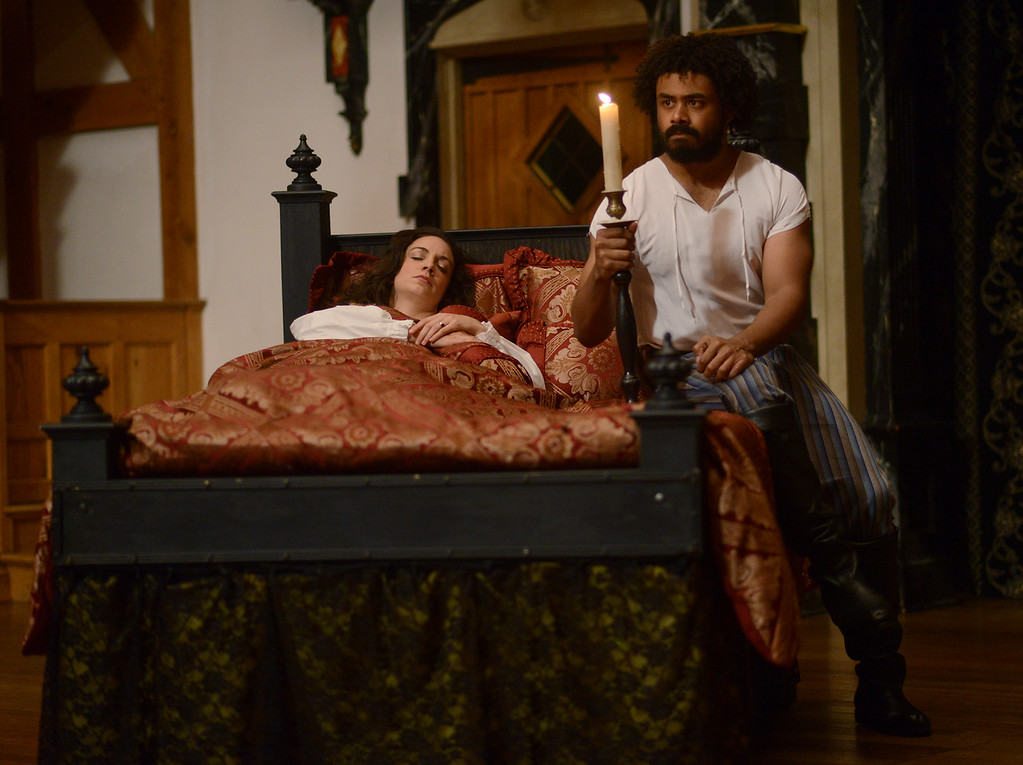 A Dark ride with the lights on

Part of what makes the dark ride of Othello so compelling is that it has scenes that take place at night and in the dark. Shakespeare probably wrote Othello sometime between 1601 and its first recorded court performance on 1 November 1604 (after Hamlet but before King Lear and Macbeth) for his acting company to perform it in the afternoon under the sun at the Globe theatre. It wasn’t a big deal for Elizabethan audiences to imagine the nighttime scenes in the middle of the afternoon: actors carried torches, lanterns, or candles; the playwright wrote some phrases about the night; and audiences lit by the sun were transported into the night (just as they were transported to Fairyland in Midsummer, back and forth to Egypt and Rome in Antony and Cleopatra, and indoors/outdoors in every single play: a few words and a little acting can transport audiences anywhere). The wounding of Cassio is a critical scene in Othello that takes place in the dark. Shakespeare wrote that scene for actors to act (and the character of Iago to exploit) the darkness and for the audience to imagine the nighttime setting even though everybody could see everything clearly by the light of London’s afternoon sun. At the Blackfriars Playhouse and on the road, we are fortunate to “do it with the lights on” and “on your imaginary forces work.”

As much as we try to milk the text for our staging choices at the ASC, Shakespeare didn’t seem to care about how and why his plays got to print. Othello was written in or before 1604, but it was not available in printed form until the quarto (like a modern paperback) of 1622 (Q1); then, in 1623 (seven years after Shakespeare’s death), it appeared in the first “complete works” edition of Shakespeare’s plays, the First Folio (F). The Folio version has about 160 more lines than the Q1 version, and the two differ in hundreds of other ways: single-word variants, longer speeches kept in or left out, and many differences
in spelling and punctuation. For the production you are about to see, I sifted through the options and ended up choosing whichever variant provided a juicier image or better helped tell this story of passions and betrayal, confusions and tragedy. More than anything, I want to let the exotic and visceral emotions breathe as clearly and as vividly as possible.

I think Othello is a powerful and sexy piece of theatre. I think it can play like a runaway locomotive going downhill that picks up more and more speed before
it jumps the tracks and leaves characters decimated and dead and audiences shocked and rocked in its wake. I also think it’s a funnier play than most people
realize; it includes a character named “Clown” who’s often cut out of productions (we won’t be cutting the Clown) by directors who can’t reconcile Shakespeare’s genre-busting delight in inserting comedy into the midst of tragedy. The humor
breathes more when you leave the lights on and talk to the audience, making them part of the world of the play. And when Iago speaks directly to you, he
turns you into a fellow conspirator to bring down the mighty Othello. Iago’s charm and humor can draw you in, just as it draws in all the other characters on
the stage. The humor helps break the rising tension so that the dramatic power can return to knock you upside the head like an eighteen-pound sledgehammer.

I think Othello can be one of the greatest plays ever written when it’s performed by amazing actors using Shakespeare’s staging conditions. After seeing our
production, we hope you think so too.