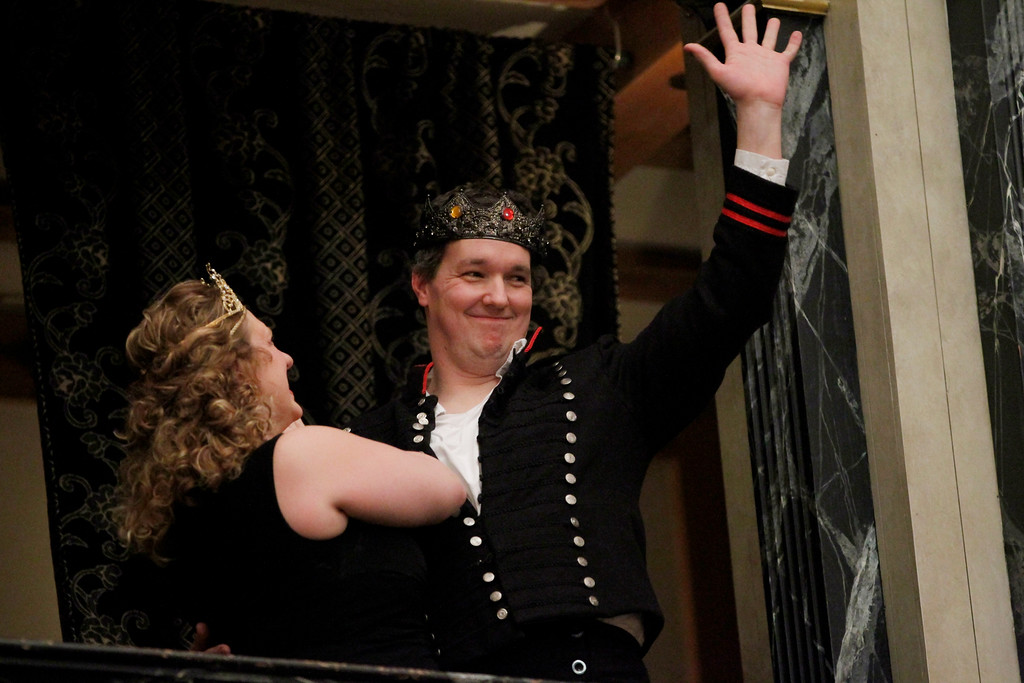 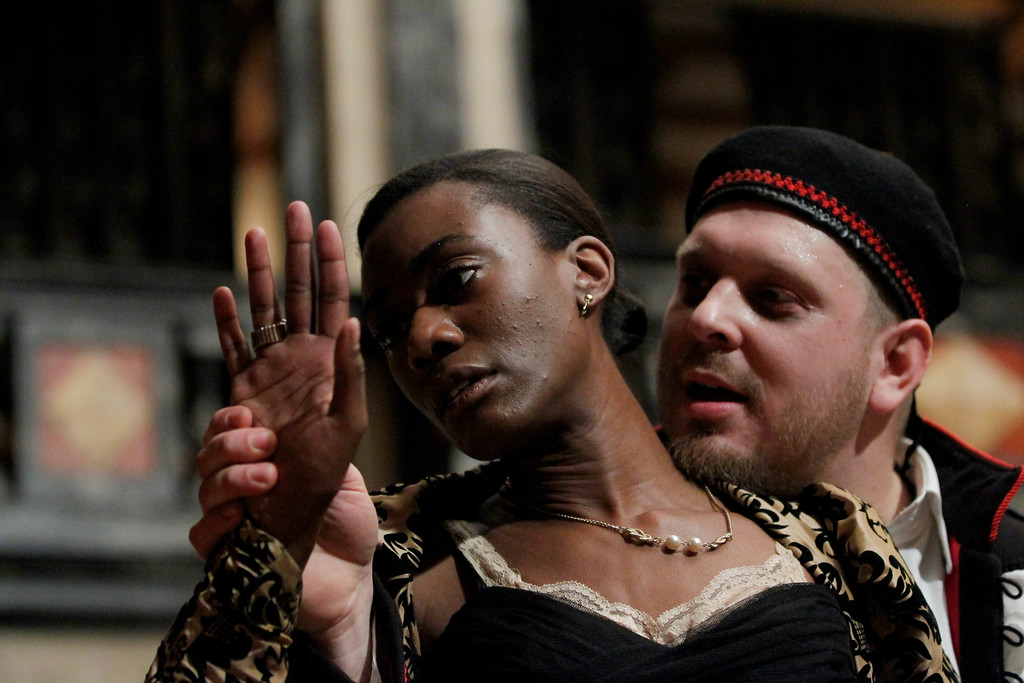 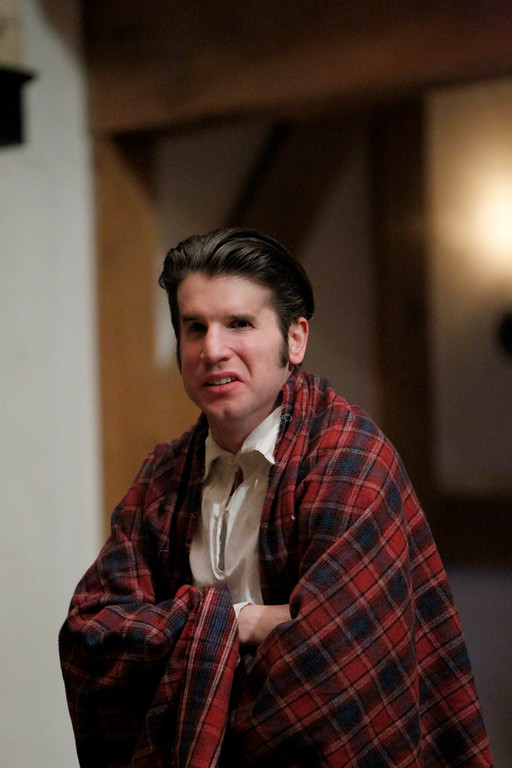 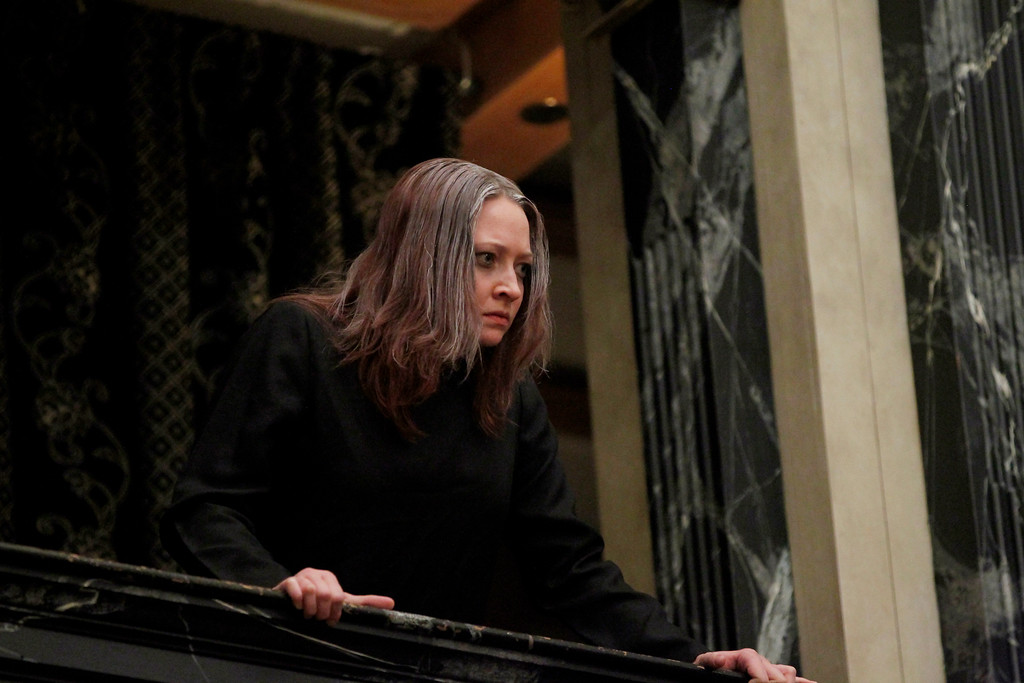 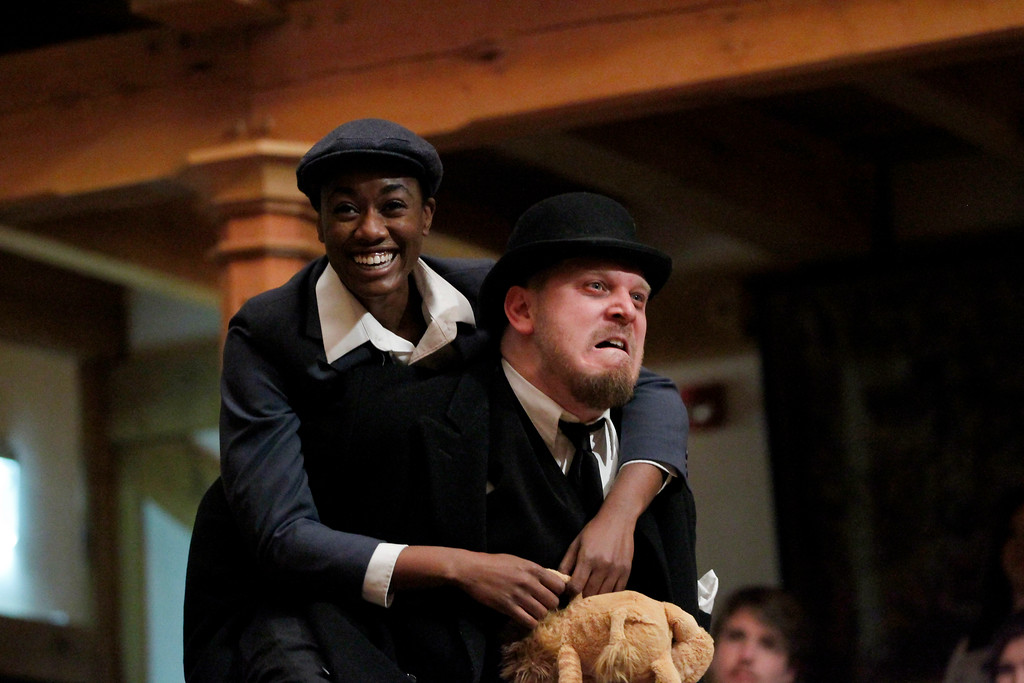 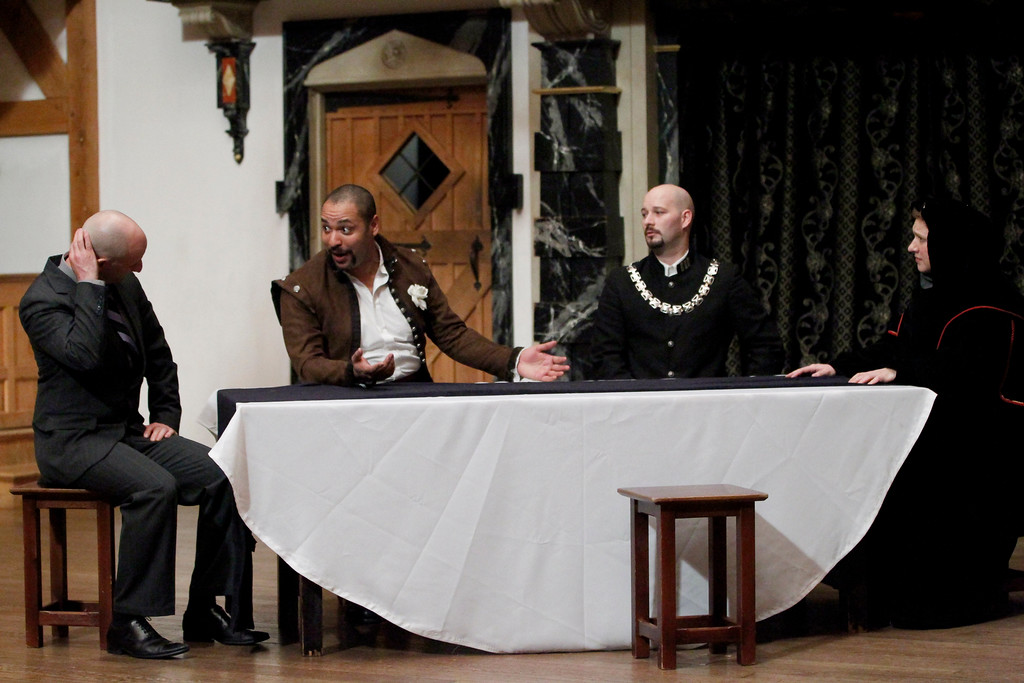 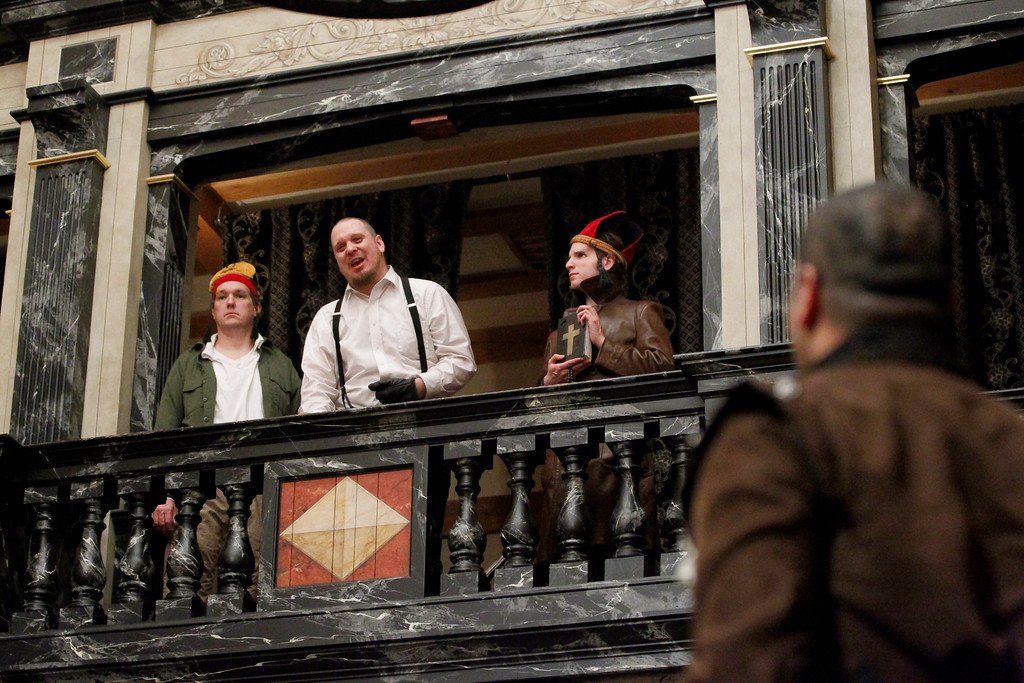 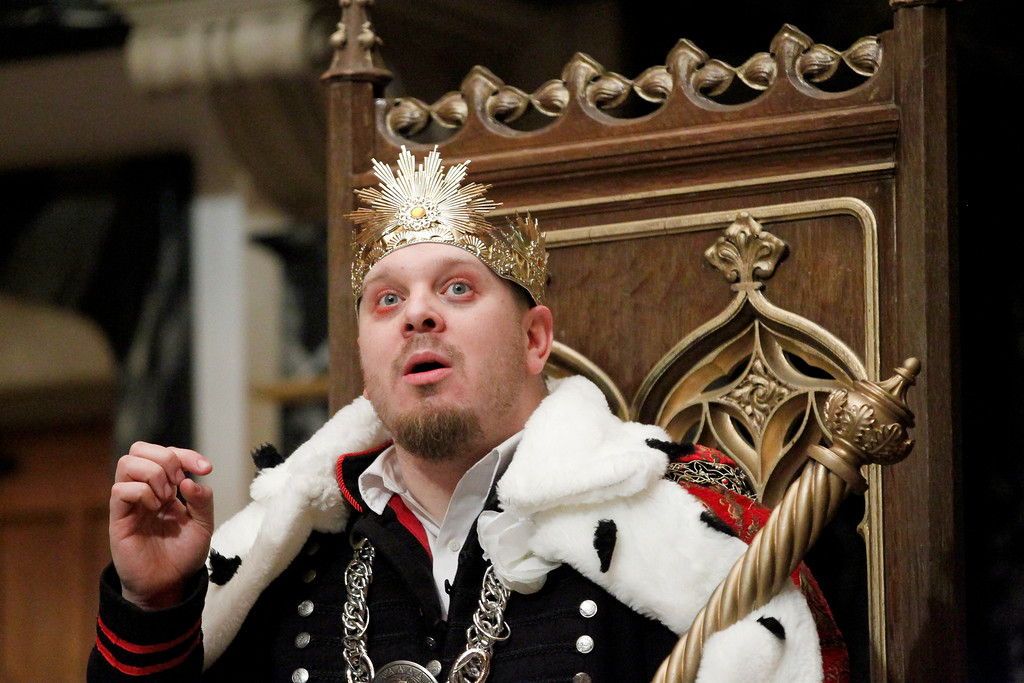 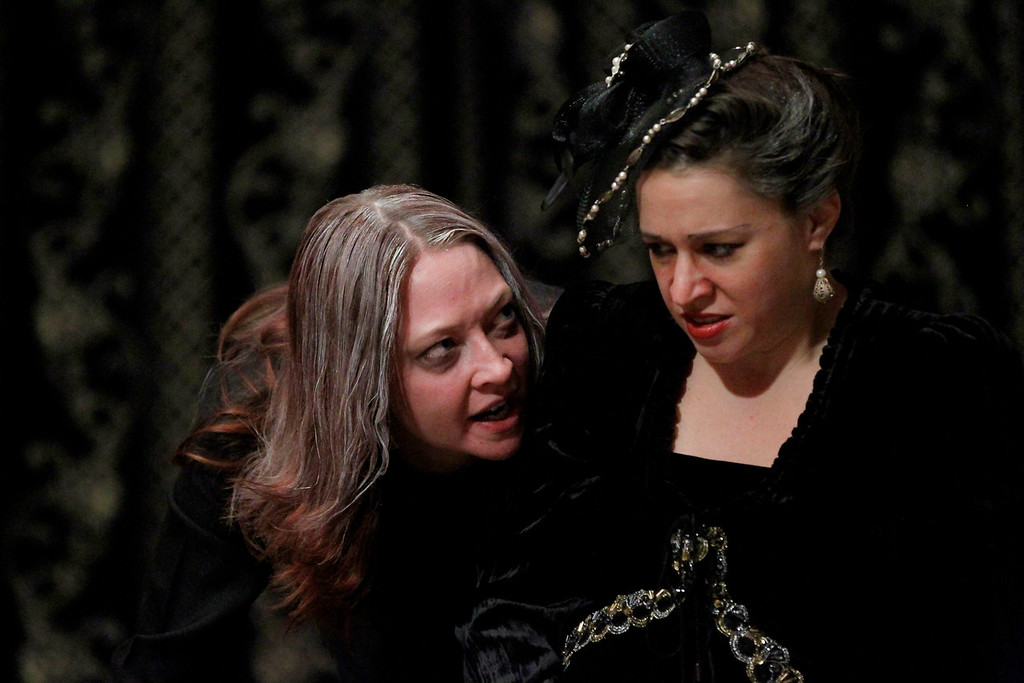 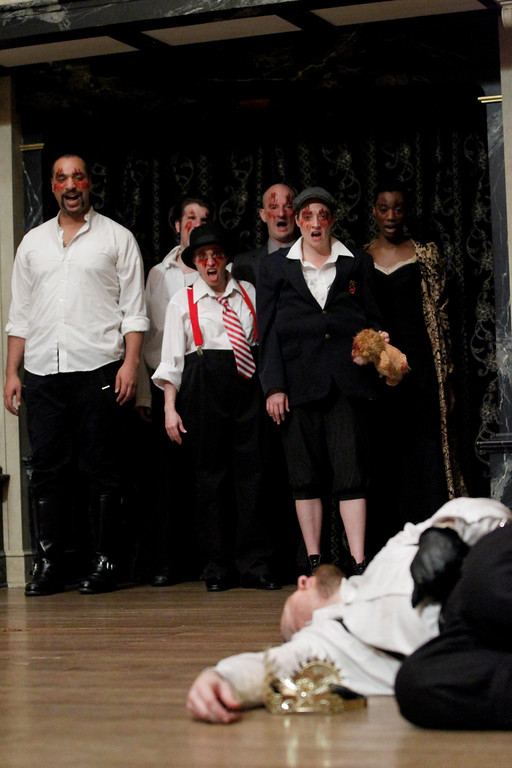 STUFF THAT HAPPENS BEFORE THE PLAY

2. Where was the play first performed?
At the Theatre, James Burbage’s outdoor playhouse north of the city wall.

3. How does the play fit into Shakespeare’s career?
It comes near the beginning of his career and follows the three Henry VI plays (“which oft our stage hath shown”) as the final play of the first history tetralogy. Judging from the five editions of the play that appeared in his lifetime and the fact that the company’s star, Richard Burbage, was linked to the role for the reset of his career, we may suppose Richard III to be Shakespeare’s first blockbuster.

4. How is this play like Shakespeare’s other plays?
Like the Henry VI plays before it (and Marlowe’s Tamburlaine the Great, which so influenced it), the play is packed with action, overtly drawn characters, flamboyantly decorative verse, and strong dramatic irony.

5. How is this play unlike other Shakespeare plays?
Whereas the central figure (the audience’s avatar) shifts from character to character in the three Henry VI plays that came before; in this play, a single, unmistakable, unforgettable character has our attention – Richard.

6. What do scholars think about this play?
They think it is wonderful, as in “full of wonders,” and they recognize its remarkable theatrical appeal. They also see the distance Shakespeare traveled from this early study of an ambitious murderer to Macbeth.

7. Are there any controversies surrounding the work?
Yes: not literary or theatrical controversy but historical. This play is the culmination of almost a century of Tudor propaganda that demonizes Richard as a way of justifying the reign of Henry VII, who took his throne and who was the grandfather of Elizabeth I, under whose watchful eye Shakespeare was writing. Was the real Richard a monster? No more than most despots. Did he kill the princes in the tower? Probably, but if you want a good read to the contrary, get hold of Josephine Tey’s wonderful The Daughter of Time.

8. What characters should I especially look out for?
You won’t need to look for him; he’ll find you. Richard, Duke of Gloucester, later King Richard III, is a role that has made stars of actors from Richard Burbage to Ian McKellen.

9. What scene should I especially look for?
The two scenes in which Richard woos ladies – one to be his wife (1.2) and one to be his mother-in-law (4.4) – are pay-per-view worthy bouts of language that work as bookends for the play. The murder of Clarence, the games with Hastings’s head, Richard’s coronation – all these are good family fun.

10. What is the language like?
A Mensa amusement park.