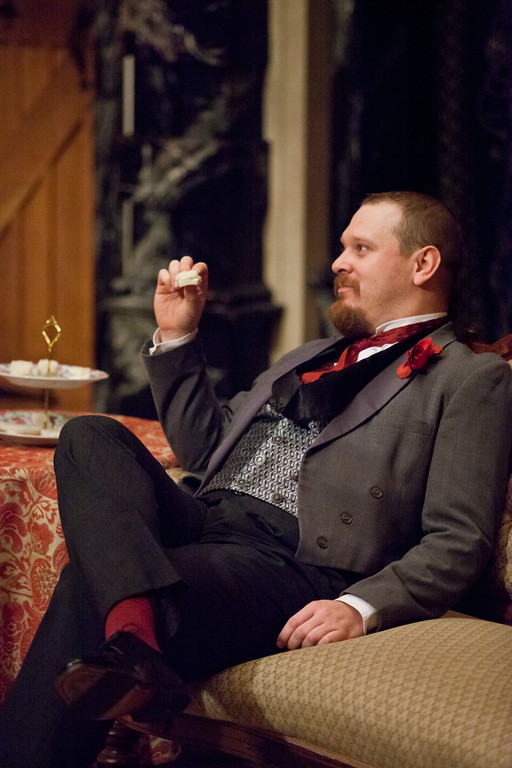 Benjamin Curns in THE IMPORTANT OF BEING EARNEST. 2011. 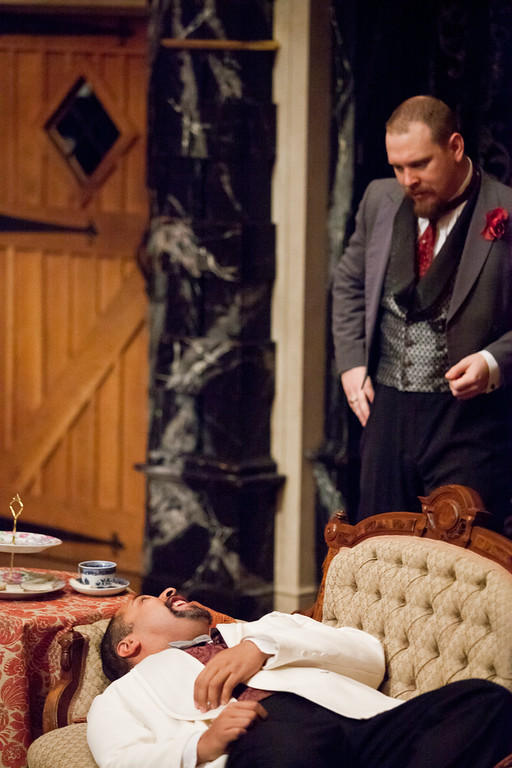 René Thornton, Jr. and Benjamin Curns in THE IMPORTANT OF BEING EARNEST. 2011. 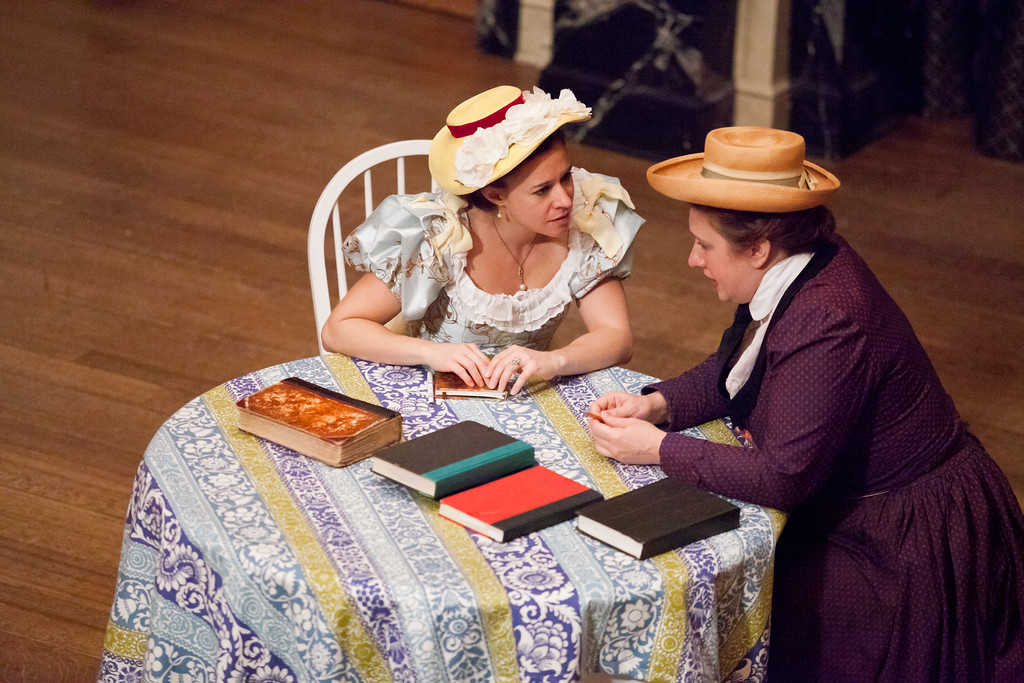 Miriam Donald and Allison Glenzer in THE IMPORTANT OF BEING EARNEST. 2011. 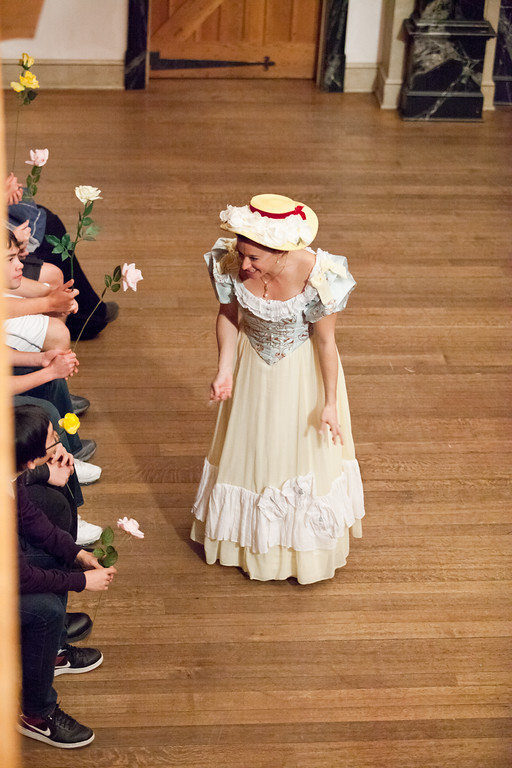 Miriam Donald in THE IMPORTANT OF BEING EARNEST. 2011. 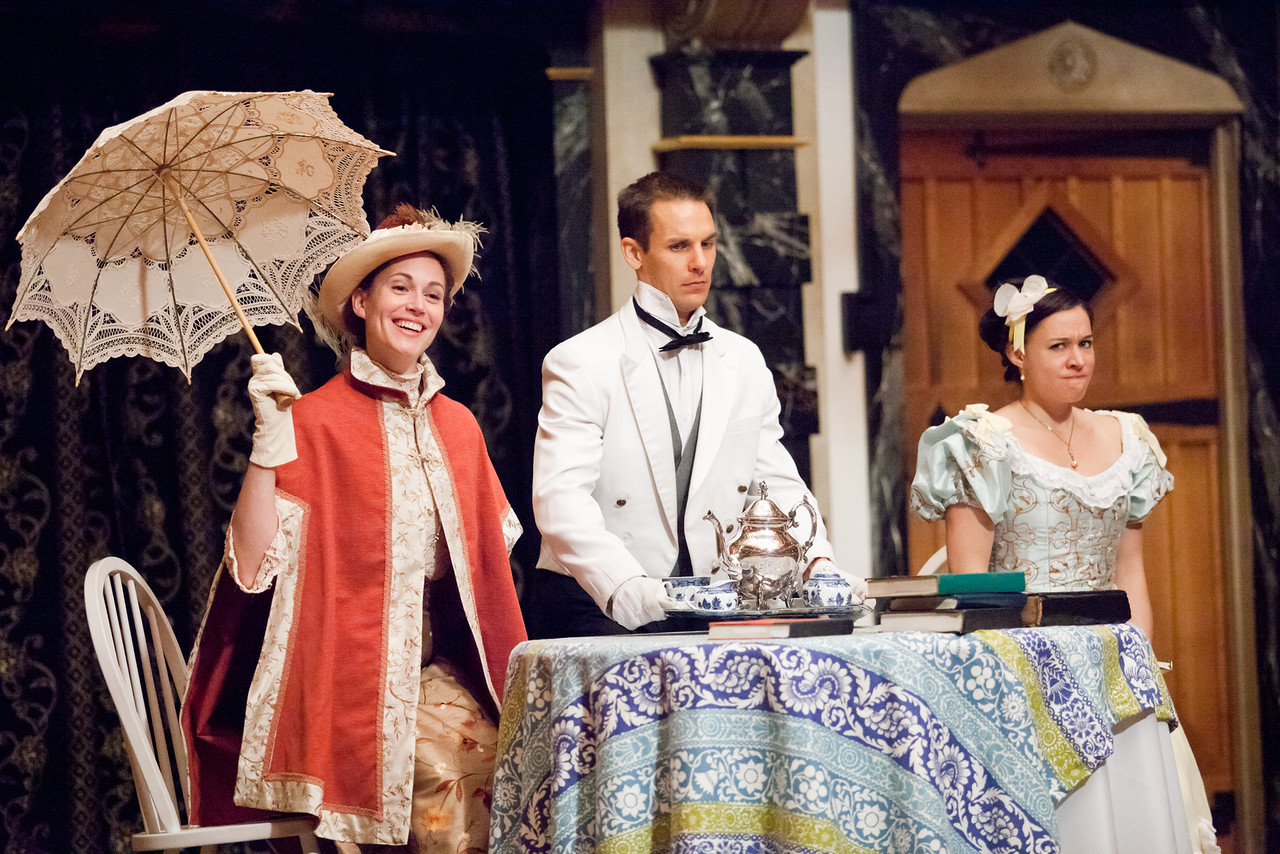 Blythe Coons, Patrick Midgley, and Miriam Donald in THE IMPORTANT OF BEING EARNEST. 2011. 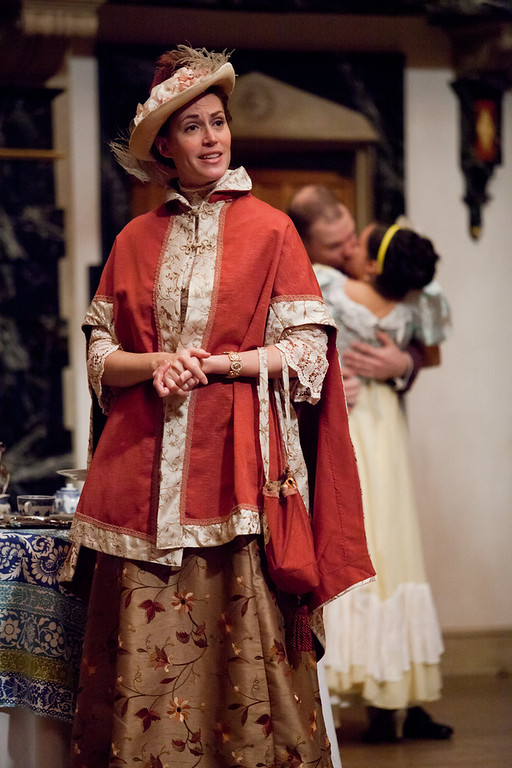 Blythe Coons in THE IMPORTANT OF BEING EARNEST. 2011. 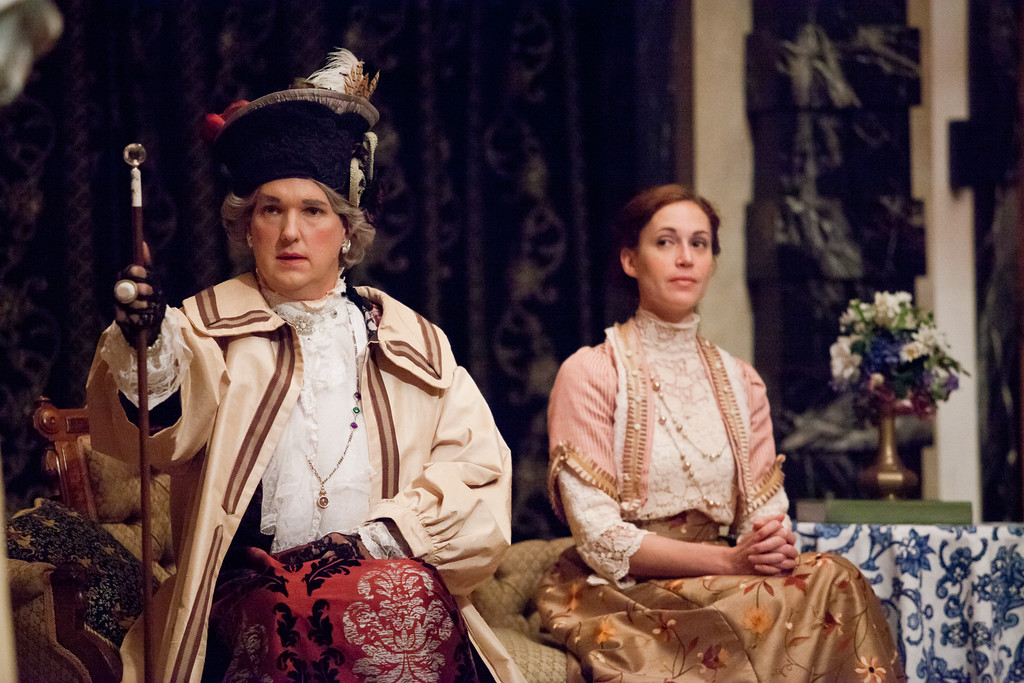 John Harrell and Blythe Coons in THE IMPORTANT OF BEING EARNEST. 2011. 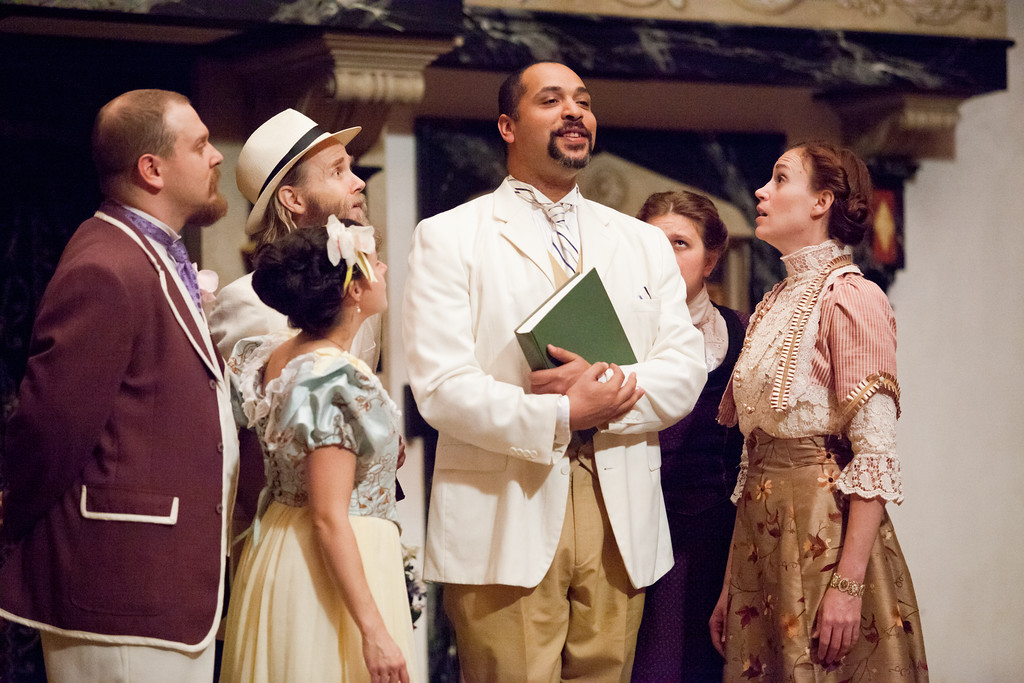 The cast of THE IMPORTANT OF BEING EARNEST. 2011.

Something Sensational to read in the train

I wanted to put hard copy of the script in the actors’ hands as soon as possible, so I gave them the best cheap edition I could find. I thought: there’s only one version of the play; because the language is easy to understand, they don’t need an expensive edition with a ton of notes; and this one’s go decent binding, good paper quality, and plenty of space on the pages to write stuff. It also had the ugliest cover art I could find. Perfect.

What I didn’t know then is that this play has just as many versions and textual variants to consider as Hamlet, Othello, and King Lear:

15-year Calendar of Text and Performance History
1894 Aug: Wilde’s manuscript of a 4-act play
1894 Nov: 3 typesripts representing revisions between Aug and Nov
1895 Jan: a 3-act text submitted for licensing
1895 Jan: editor George Alexander’s typescript with more revisions, stage directions
1895 12 Feb: 1st dress after one month of rehearsals; Wilde made more changes
1895 14 Feb: 1st performance; closed after 83 performances
1895 22 April: 1st US performance; closed after a week
1899 Feb: 1st published edition based on Alexander’s copy newly marked up by Wilde
1902 7 Jan: first London revival with more textual changes; closed after 52 performances
1903 23 Feb: Samuel French’s acting edition that might have been a prompt book from the 1902 revival
1909 30 Nov: another revival toured for 11 months, which might be the source of another revision
the list goes on

When you pick up an edition of Earnest, you will most likely be looking ath the 1899 edition. That’s what I gave our actors. After seeing how much of that text was the result of arbitrary additions, subtractions, omissions (some by editors and editor-wannabes, some by Wilde himself) before 1899, and after seeing all the other things Wilde and others added, subtracted, and omitted following 1899 for performance and for publication, I decided to do what I do with most of the Shakespeare texts I produce: I chose the stuff I liked best.

Wilde added some great jokes to his earlier versions; I’ve kept a bunch of those. Wilde later trimmed some details; I retained a bunch of those cuts. Sometimes he expanded on his earlier work; sometimes he reduced and distilled. Sometimes he cut some wonderful bits and I added them back. Sometimes the editors and stage managers gave us some new gold, and other times what they did wasn’t my favorite stuff. I’ve sifted through the different versions in an attempt to give us my favorite mixed-tape version…as of right now.

Just as our Hamlet will be a collage of material and sequencing from the First Quarto, Second Quarto, the First Folio, and the occasional “correction” from a later Folio and/or quarto, our Earnest script is a unique blend of the available texts that will be unlike any other production ever performed.

Double the fun with lady bracknell

James Keegan will play Lady Bracknell during the Summer Season and John Harrell will play her in the Fall Season. Why? …because of the gender-bending we do all the time at the ASC, because this delicious character has a tasty history of being played by a man, but most of all, because I think both James and John will rock the world in this part, and I think you should see our production twice.