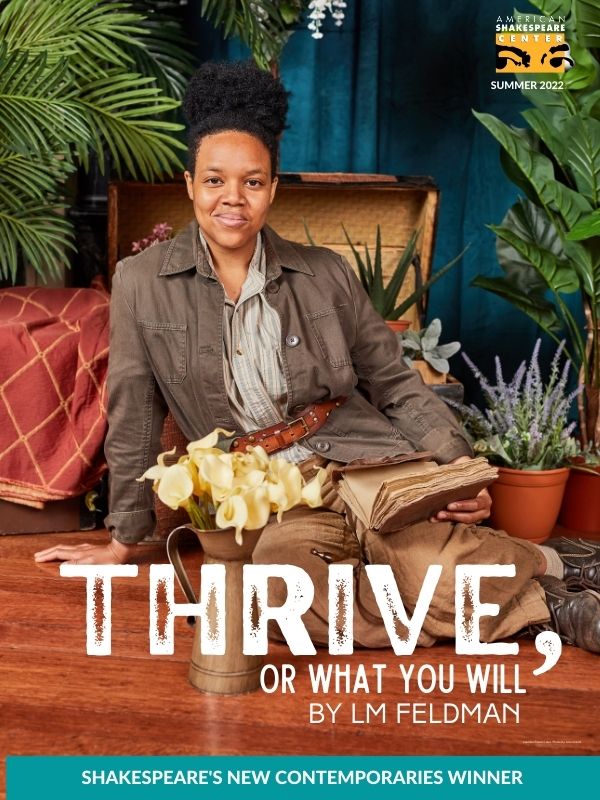 An epic tale about the first woman to circumnavigate the globe, in which gender-nonconforming 18th-century herb woman Jeanne Baret sets out on an 11-year voyage across lands and seas. A funny, gripping, and inventive theatrical journey, Thrive sparks a cross-centuries conversation with Shakespeare’s Twelfth Night about exploration, love, and identity. Performed in rep by the company of Twelfth Night and directed by Larissa Lury. Thrive was nominated for the Lambda Literary Prize for LGBTQ Drama.

Thrive was selected as the 2020 winner of ASC’s Shakespeare’s New Contemporaries project, which seeks to discover, develop, and produce new works that are inspired by or in conversation with each of the plays in Shakespeare’s canon.

Read About our COVID19 Masking and Vaccination Requirements

* Member of Actors’ Equity Association, the Union of Professional Actors and Stage Managers in the United States.

^ The Director is a Member of the Stage Directors and Choreographers Society, a national theatrical labor union