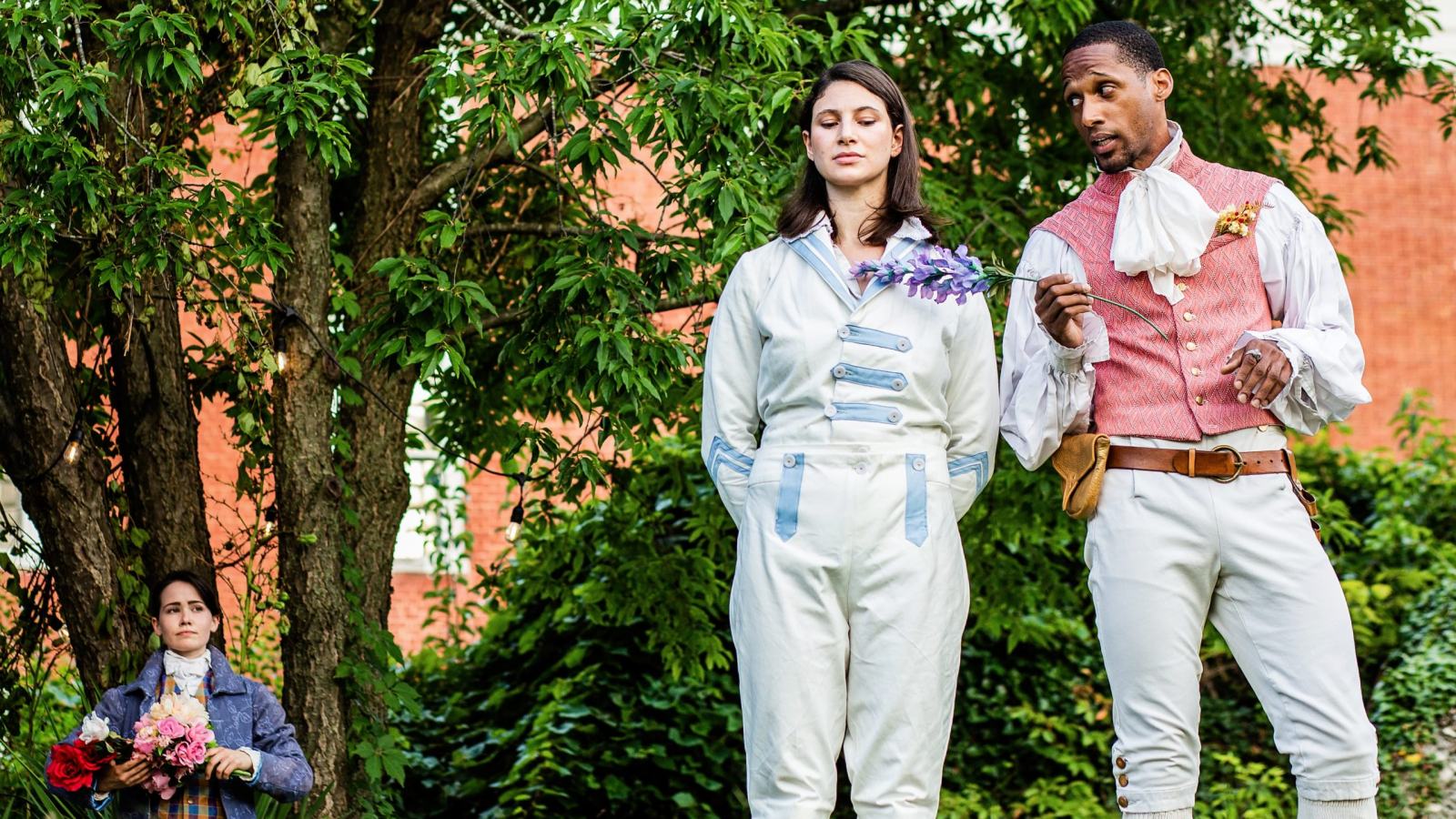 Othello and Twelfth NIght  will perform in repertory at both of the live performance venues. Complete information about each space can be found on ASC’s website.

ASC will be among the first not-for-profit companies in North America to produce live theatre since the pandemic shut the industry down in March when Shakespeare’s comedy of misidentity Twelfth Night debuts July 25 on the grounds of the Blackburn Inn and Conference Center in a fast-paced production conceived by ASC’s Associate Artistic Director Dan Hasse. The same versatile company of actors will also star in Shakespeare’s tragedy of jealousy and racism, Othello, directed by ASC Artistic Director Ethan McSweeny, which begins July 31.

“ASC is an artist-driven theatre that puts the emphasis on the hand-made, the words, and the performer,” says McSweeny, “We’re fortunate that our city of Staunton has provided a home for so many talented actors, and that ASC has been capable of keeping these artists employed to create the art to which they are so deeply committed.  We’ve all worked very hard to make this ASC SafeStart Season a reality. The time-tested theatre techniques on which ASC relies have proved enormously resilient, but it is this ensemble who are truly our most essential workers.”

Twelfth Night features a pair of twins played by Zoe Speas (Doll Tearsheet in Henry IV, Don John in Much Ado About Nothing) and Mia Wurgaft (Ma Joad in The Grapes of Wrath, Helena in A Midsummer Night’s Dream). The actresses will alternate in the roles of Viola and Sebastian determined at random by a nightly coin toss.

Acclaimed actress Jessika D. Williams, who has won a cult following from her appearance on the popular television series Doctor Who and recently won favor among ASC audiences as Benedick in  Much Ado About Nothing, appears in the title role of Othello. Opposite Williams is veteran actor-manager for text John Harrell (recently Falstaff in Henry IV and Brutus in Julius Caesar) as the malevolent Iago. It’s a struggle between good and evil when these two titanic talents square off. Othello reopens the company’s Blackfriars Playhouse on July 31.

Brandon Carter (Hal in Henry IV, Parts 1 & 2) will play the love-besotted Orsino in Twelfth Night and a pawn of Iago’s jealous machinations, Lieutenant Michael Cassio, in Othello. Resident music master Chris Johnston will be seen as the virtuosic singing clown Feste in Twelfth Night and the Venetian Senator Lodovico in Othello.

Making his ASC debut, Welsh-born associate professor of acting and directing at Mary Baldwin University and veteran of many UK productions Matthew Radford Davies will play Desdemona’s father Brabantio in Othello and the prankster Fabian in Twelfth Night.  Joining the company for the first time, Brooklyn based Sarah Suzuki will play the witty servant Maria in Twelfth Night and jealous camp-follower Bianca in Othello.

Early career actors Sam Saint Ours and Danielle A. Festa both return to the Blackfriars stage, joined by Nic Sanchez, to cover a variety of roles in the repertory. Rounding out the ensemble are acting fellows Cat M. Thomas, Michael Ryan Blackwood, and Rachel Louis.

The Summer 2020 SafeStart Season will feature designs by Victoria DePew whose expertise in historical costuming and scenic design has earned her credits at Berkshire Theatre Festival, Virginia Stage Company, OakRidge Playhouse, Kansas City Opera Workshop,  Bronx Opera, Mile Square Theatre, and universities throughout the country.  This will be her eleventh time designing costumes for ASC.

Information about live streams of these productions will be announced soon; fans are encouraged to stay up-to-date with announcements on the company’s website and social media to learn more about online performances.

ASC’s expanding digital portfolio also includes Live @ Blackfriars — a monthly concert of contemporary music hosted by ASC’s actor-manager for music Chris Johnston, featuring special guests performing on ASC’s historic stage, and Dr. Ralph Presents: Then Must You Speak — a weekly Friday discussion series focusing on the constellation of complex issues and responses to race and Shakespeare, in theory and in practice, past and present. Both of these events are ongoing on the company’s Facebook page.

Visitors to the Blackburn Inn and Conference Center are encouraged to add a picnic basket, with or without a bottle of wine, to their ticket purchase and complete the “on the lawn” experience. ASC has also created Shakespeare’s Mustache Face Masks to help patrons comply with the company’s universal masking policy. These are available in the online gift shop or with a ticket purchase. Tickets for performances at either venue are available online at www.americanshakespearecenter.com. Performances through September 27 are currently on sale. Patrons may also call the Box Office at 1.877.MUCH.ADO (1.877.682.4236). Tickets must be purchased in advance; no tickets will be sold at the door.