Music and Lyrics by MICHAEL FRIEDMAN

A president for the people, by the people – that’s who Andrew Jackson believes he is. Bloody Bloody Andrew Jackson careens through the life and career of the charismatic and controversial seventh president, complete with rock anthems, power ballads, and wily politicians. This unswerving look at American history (sort of) and one of its most infamous presidents will keep you singing along and at the edge of your seat. 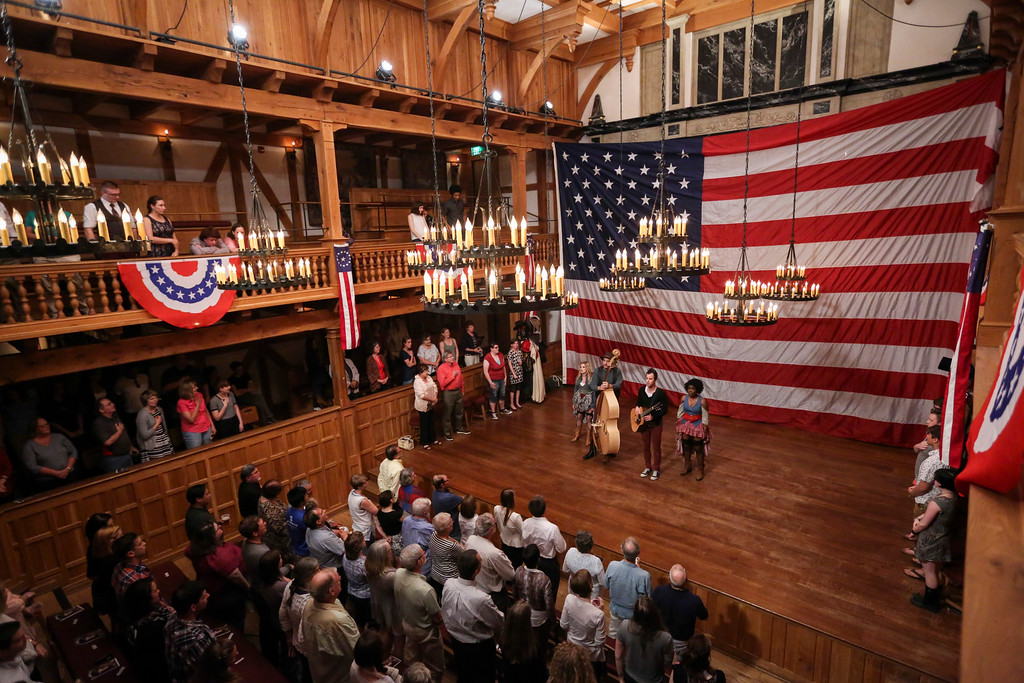 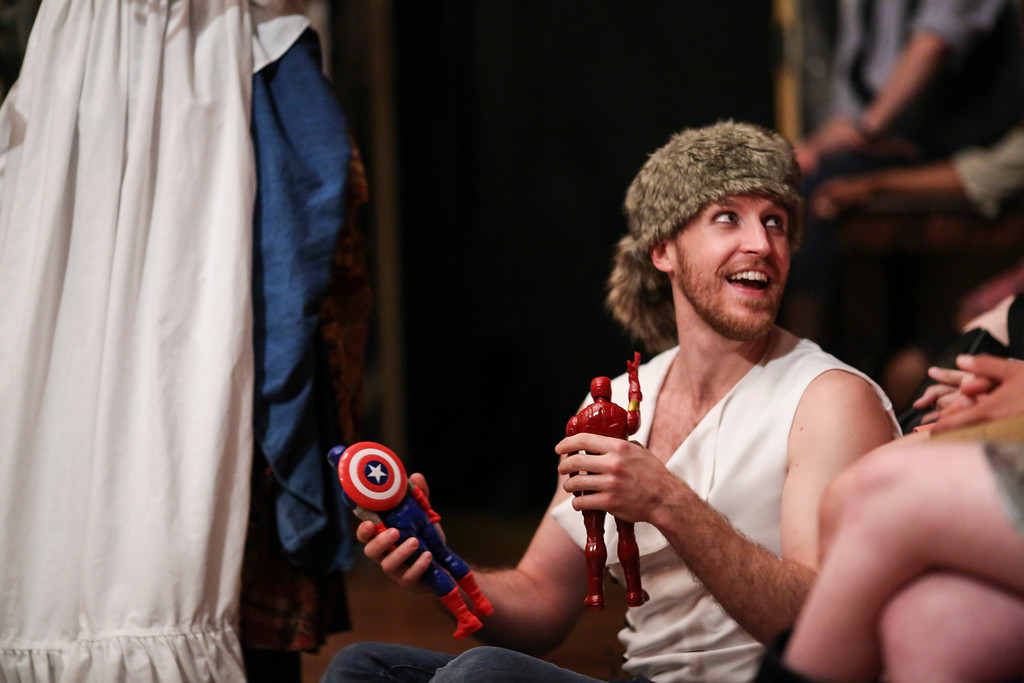 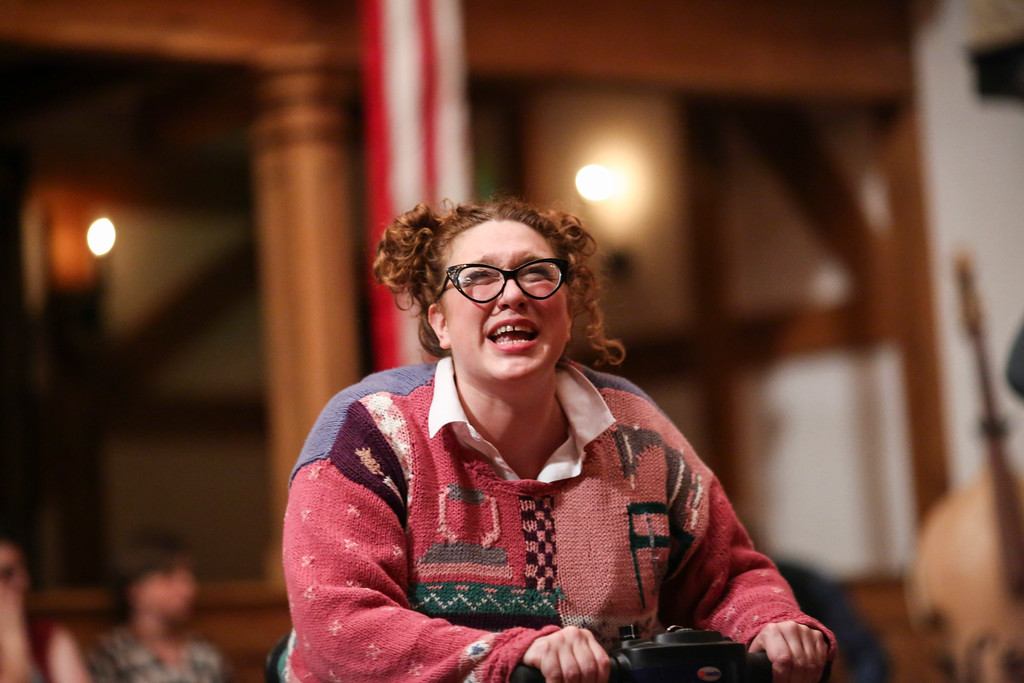 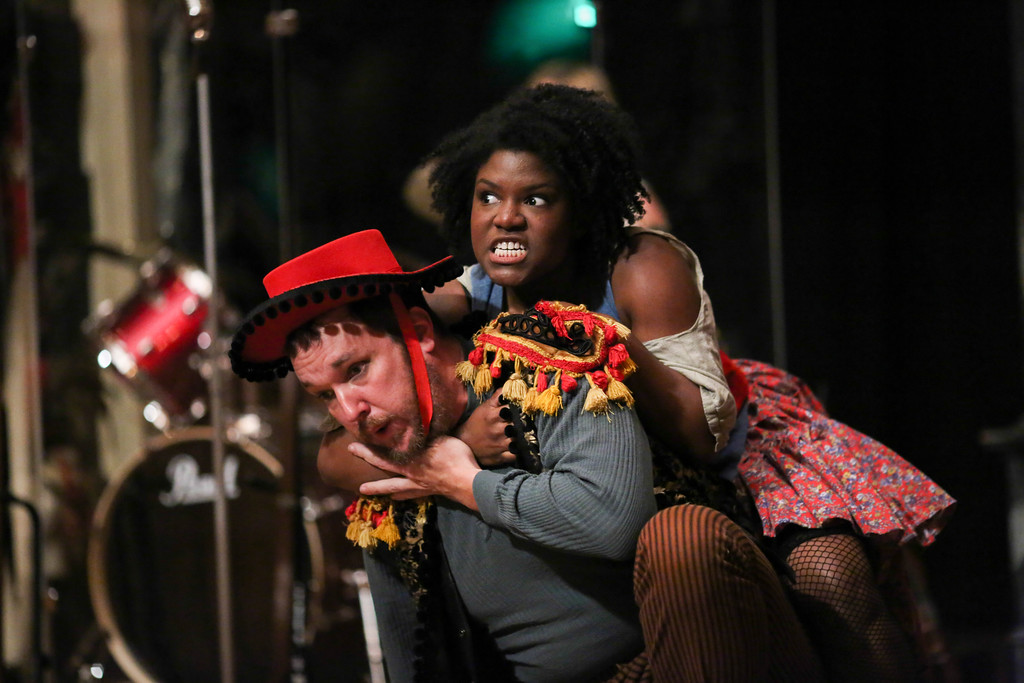 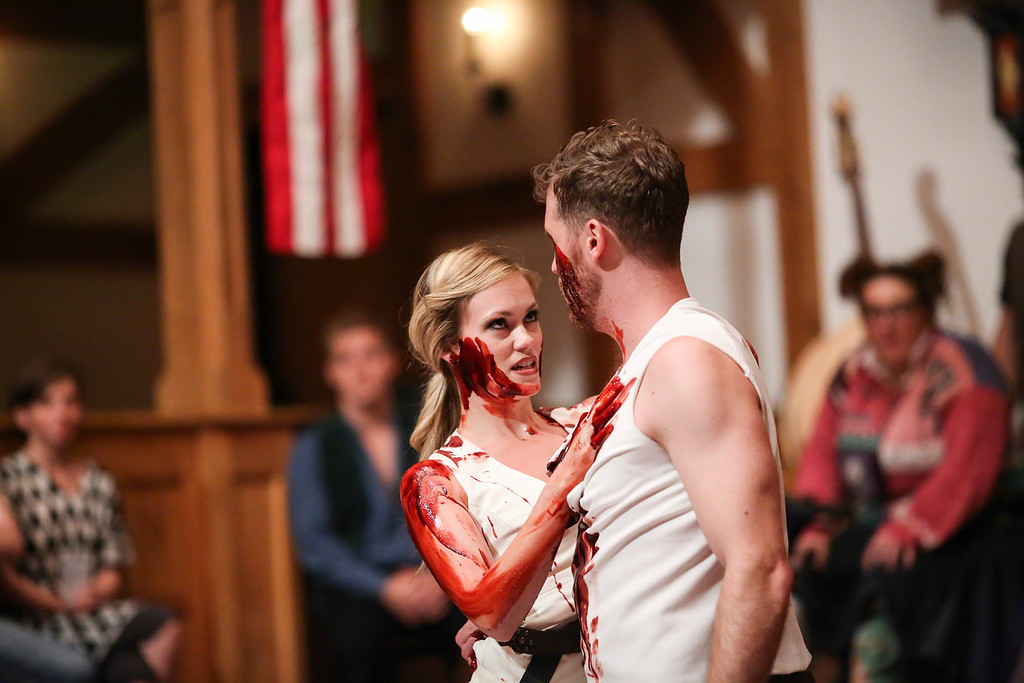 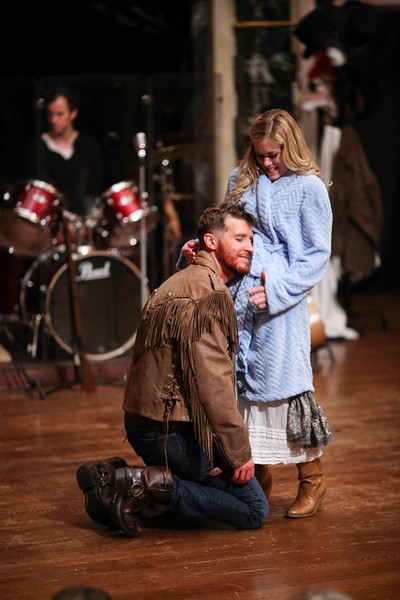 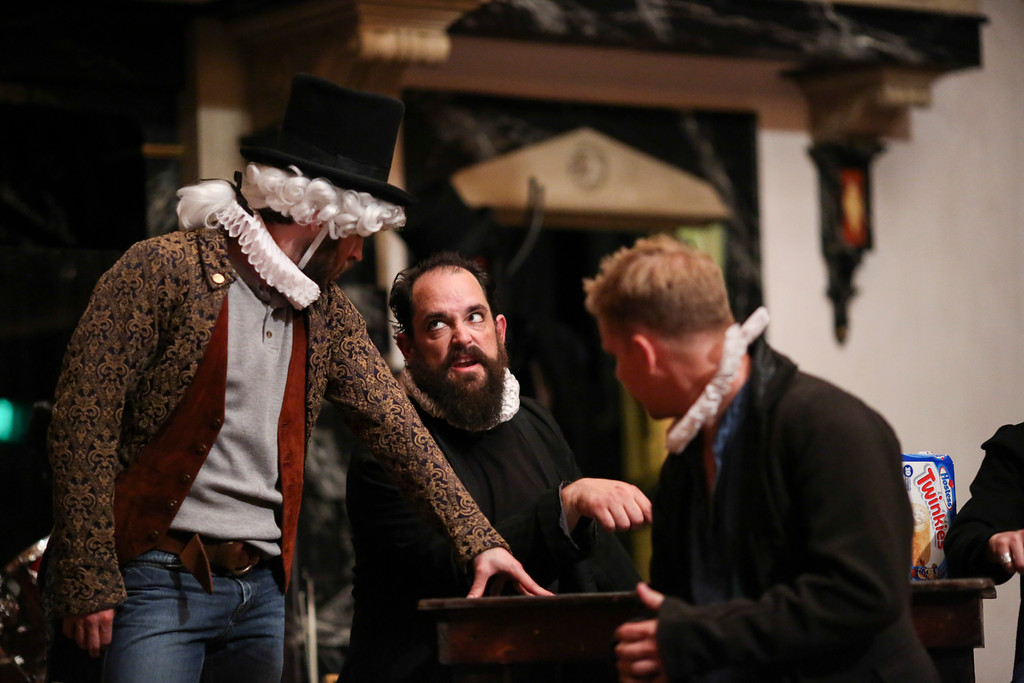 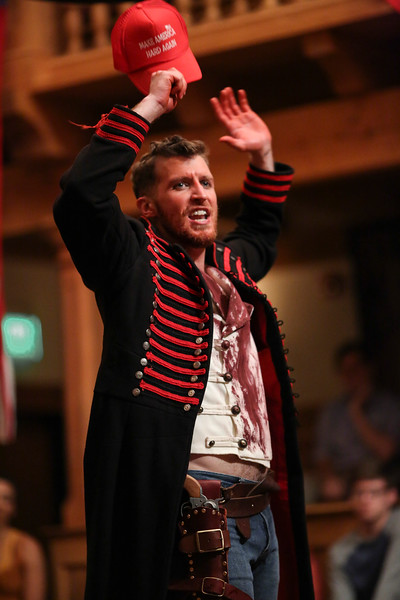 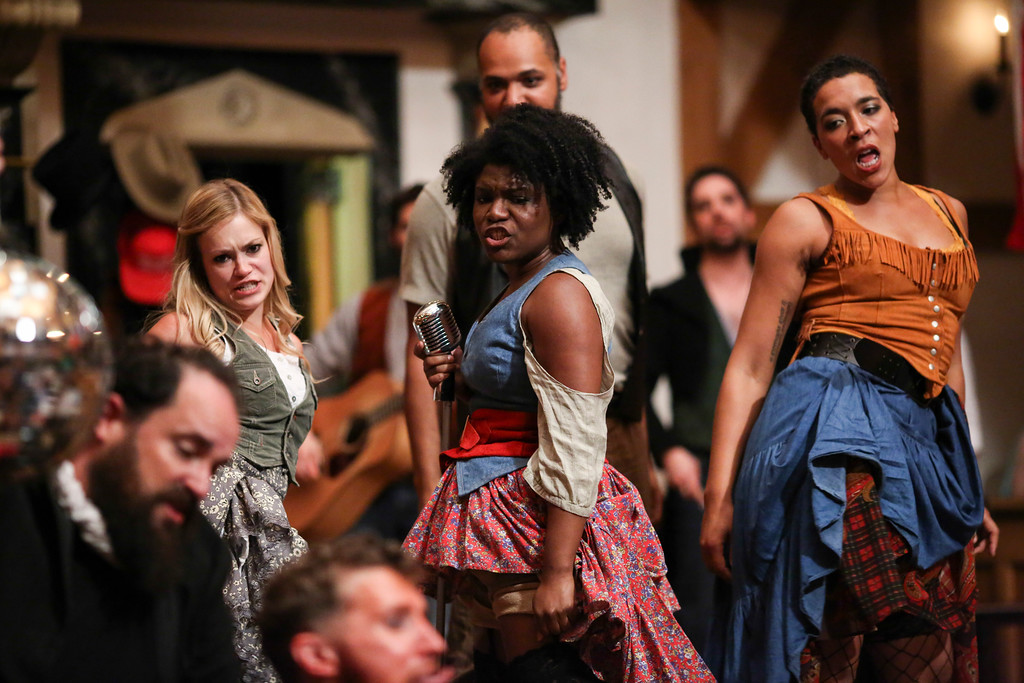 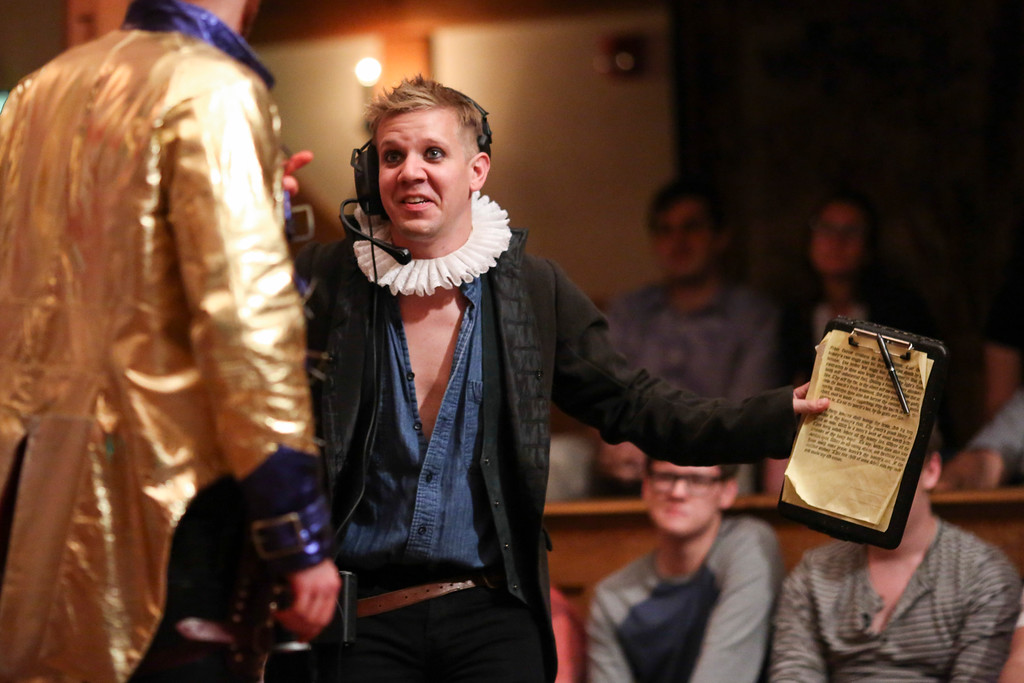 Born down in a dead man’s town
The first kick I took was when I hit the ground
End up like a dog that’s been beat too much
Till you spend half your life just covering up.
Born in the USA…I’m a cool rocking daddy in the USA.
– Bruce Springsteen

My Mom will not like this play. This play has a bunch of f-bombs (and other colorful language) woven through it. My Mom tells me all the time that “people don’t really talk like that.” Ya, Mom, we do.

Nearly a decade before Lin-Manuel Miranda captured the imagination of millions by telling the story of a U.S. Founding Father through hip-hop music in Hamilton, Michael Friedman and Alex Timbers used rock and roll to craft Bloody Bloody Andrew Jackson. Friedman and Timbers created a multi-layered piece far more complex and challenging than it might appear on the surface.

In this telling of history (sort of), Jackson is a charismatic frontiersman who weathers a traumatic childhood to fight for the populist rights of the middle class as our young nation pushes West. The play is comic (and often cartoony) in tone as it breaks into song and then back to sharp and snarky dialogue to reveal the similarities of early 19th century government and the political circus of today. BBAJ is the kind of modern take on American history that feels like a contemporary writer crafting heroes and anti-heroes out of historical figures while taking pot-shots along the way, just like Shakespeare did in his day. Jackson was one of the first semi-politicians whose message was that Washington needed to be wrestled away from the elite and “given back to the regular Joe’s.” He inspired a generation to get involved, to fight the status quo, to break the machine, to join a revolution. AND he was a genocidal maniac who slaughtered the Spanish in Florida and who tried to murder or remove all Native Americans from the eastern half of North America. Somehow, Friedman and Timbers tackle this sometimes-heavy subject matter and make it fun. Although they wrote the play with thoughts of Reagan, Clinton, both Bush’s, Sarah Palin, and the Tea Party in mind, you can’t help but see The Donald, Bernie, and Hillary in here too. This show is a delightful hoot that makes you think (and feel) about all the silliness and seriousness of Jackson’s era and our own. And, of course, it’s only rock and roll.

Doing this play during an election year in rep with two other plays about power-hungry politicos – King Lear and The Rise of Queen Margaret (Henry VI, Part 2) – makes our 2016 Summer/Fall Season a tasty banquet you shouldn’t miss. Come to BBAJ for the amazing rock and roll. Stay for the wicked fun you’ll find at how much 2016 feels like the early 19th century. And don’t bring your young kids (or your Mom) unless you’re ok with us spewing a bunch of 4-letter words around them like a made-for-HBO/SHOWTIME movie.