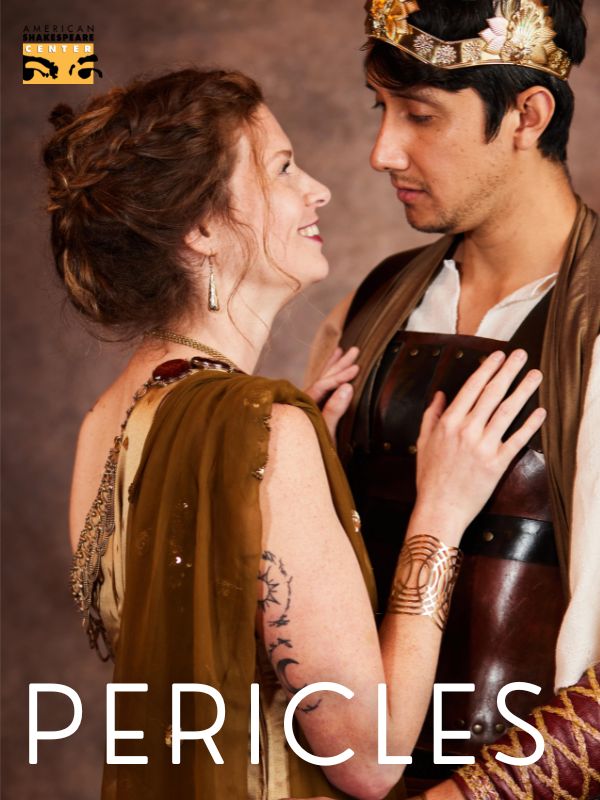 The Tempest and Pericles will be produced in ASC’s Actors Renaissance style, in which the actors cast and stage the show, in the method used by Shakespeare’s own original company.

After solving the riddle of a king while trying to win his daughter’s hand—Pericles, Prince of Tyre, is forced to set to the sea to flee an assassin.

Advised not to be found easily in his home, he sails to Tarsus, governed by Cleon and his wife Dionyza. Warned that he has been discovered there, Pericles flees again. On his journey he is shipwrecked on Pentapolis in Greece—and, aided by fishermen, he enters, and wins, a tournament for the Princess Thaisa’s hand. They marry and soon conceive a daughter. On their way back to Tyre, they are again caught in a storm and it appears Thaisa dies in childbirth and is buried at sea. Pericles stops in Tarsus for nearly a year with his daughter, Marina, then voyages back to Tyre, leaving her in the care of Cleon and Dionyza. In Ephesus, the chest holding the apparently dead Thaisa washes ashore. The physician Cerimon uses an Egyptian ritual to revive her. Convents, growing up, murderous plots, pirates, brothels, supposed death, and happy reunions ensue.

Pericles contains adult themes, some violence, and blood effects. You can read a more detailed breakdown of the plot here.