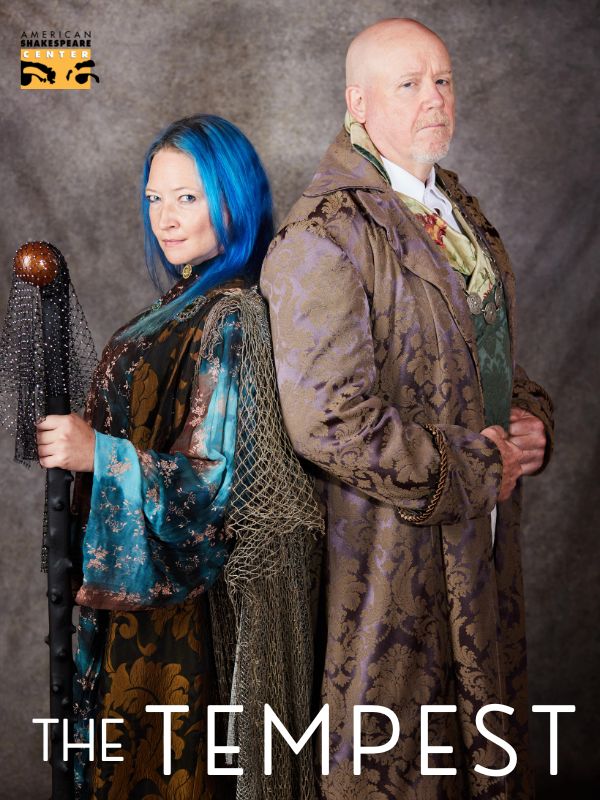 Political exile, revenge, and magic meld in this edge-of-your-seat thriller, capped by a master manipulator’s calculated lesson in the folly of hatred.

The Tempest and Pericles will be produced in ASC’s Actors Renaissance style, in which the actors cast and stage the show, in the method used by Shakespeare’s own original company.

After being exiled by his brother, Antonio, Prospero and his infant daughter are stranded on an island where he uses magical powers to keep the island’s only inhabitant, Caliban, as a slave and a spirit of the island, Ariel, as a servant.

At the top of the play, a ship carrying Antonio and several others passes near the island. Prospero conjures a storm to destroy the ship and strand the passengers. Prospero, determined to regain his dukedom, uses Ariel to separate the shipwrecked survivors into groups on the island. Marriage, forgiveness, freedom, and a brave new world ensue.

2 hours with a 20 min musical interlude